See “Batman and Harley Quinn” In Theaters For One Night Only 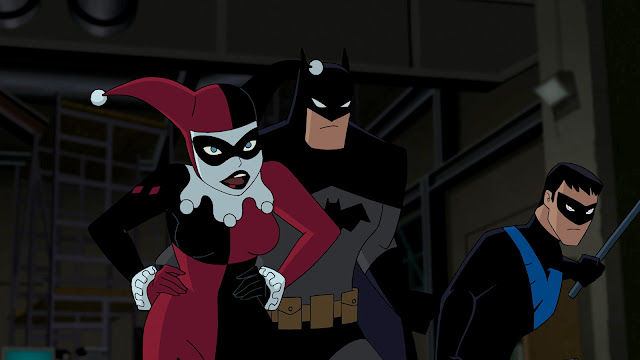 After a successful partnership last year on Batman: The Killing Joke and Batman: Return of the Caped Crusaders, Warner Bros., and Fathom Events are making the upcoming animated feature available to selected movie theaters on the eve of the Digital release and two weeks before the DVD hits stores. The screening will take place Monday, August 14 at 7:30 p.m. through Fathom’s Digital Broadcast Network. Check for tickets and a theater near you on June 30 at  www.FathomEvents.com.

“Fans of DC Universe Original Movies are a devoted legion, and never was that so evident than with the enthusiastic embracing of our ‘Batman: The Killing Joke’ Fathom Events presentation,” said Mary Ellen Thomas, Warner Bros. Home Entertainment Vice President, Family and Animation Marketing. “Audiences nationwide turned the screenings into true interactive experiences, and we believe ‘Batman and Harley Quinn’ will inspire a similar night of celebration.”

'Batman and Harley Quinn' brings the unlikely team-up of Batman (Kevin Conroy), Nightwing (Loren Lester), and Harley Quinn (Melissa Rauch, in her debut as the Clown Princess) to save humanity. Poison Ivy (Paget Brewster) and Jason Woodrue a.k.a. The Floronic Man (Kevin Michael Richardson) are out to save the planet by any means necessary even at the price of humanity.  Batman and Nightwing turn to Poison Ivy's best friend and occasional accomplice Harley to capture the eco-terrorists. In this comedy adventure, Harley is sure to test the patience of Batman with her outlandish personality and peculiar antics.

“Seeing ‘Batman and Harley Quinn’ on the big screen and among fellow fans is truly the best way to experience it,” Fathom Events VP of Studio Relations Tom Lucas said. “There’s only one opportunity to do this and it’s on August 14. On that night, we’re expecting audiences to pack theater auditoriums just like they did for ‘Batman: The Killing Joke.’”