A Superstar LAPD Rookie (Marco Miranda) & his disillusioned Training Officer (Rhonda Riley) discover that a corruption-plagued Justice System and the tightening stranglehold of the Drug Cartel are just the tip of the iceberg when L.A.'s deadliest Urban Legend reveals itself to be very REAL. 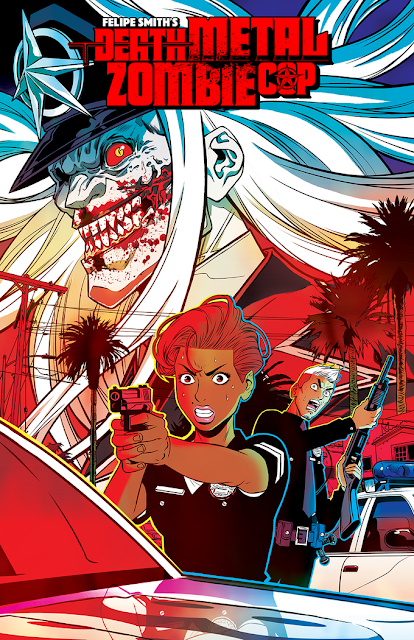 The creator who brought Robbie Reyes, the All-New Ghost Rider, back to life for Marvel is back with another high-octane adventure with his Kickstarter passion project, Death Metal Zombie Cop. If the title alone doesn't grab you then check out the amazing art. 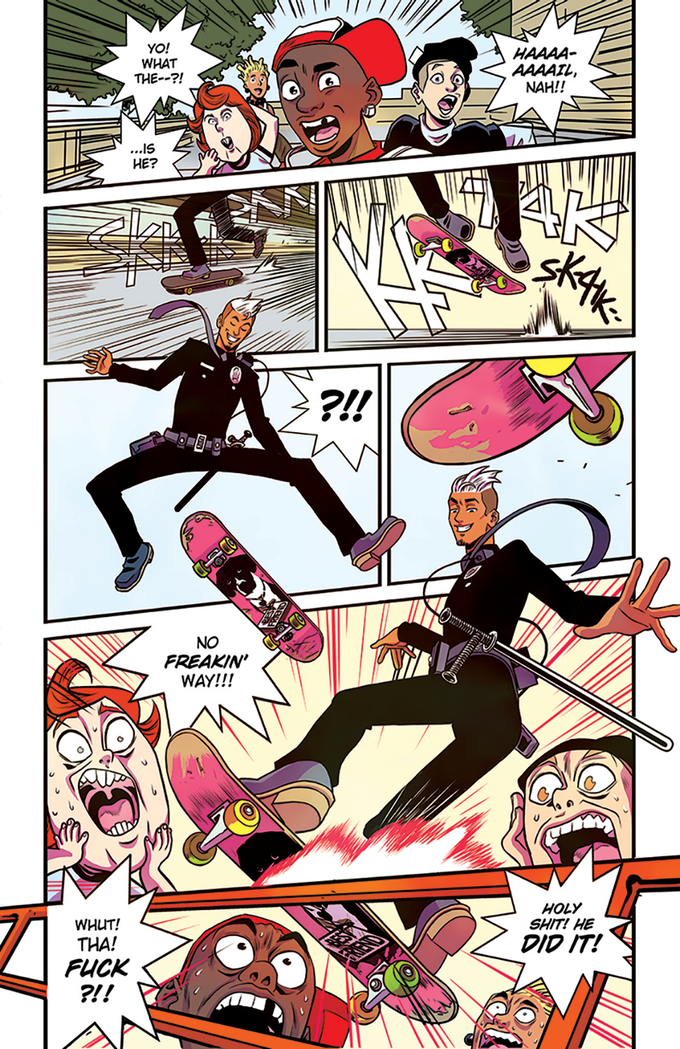 DEATH METAL ZOMBIE COP is an Action/Horror comic originally conceived in Japan (shortly after ending serialization of PEEPO CHOO with Kodansha) & now made in Los Angeles. It's infused with Dark Humor, real LAPD situations, West Coast slice-of-life antics, and over 5 years worth of development and HEART!

ABOUT THE KICKSTARTER CAMPAIGN

"All pledged funds will go towards DEATH METAL ZOMBIE COP #1 production costs and backer rewards! If this campaign is successful you will have helped me fully realize the first issue of an ongoing series I can own as a creator! I'm hoping this campaign will generate enough reader interest to allow me to continue this story which I've already written 2 story arcs for. If you've enjoyed my prior work (MBQ, PEEPO CHOO, ALL-NEW GHOST RIDER, GHOST RACERS) I hope you give DEATH METAL ZOMBIE COP a shot by pledging! You will only be charged if I reach my funding goal, and if that happens, you're in for a SAVAGE TREAT! Let's make it HAPPEN!"

CLICK HERE  TO GO THE KICKSTARTER PAGE AND PLEDGE NOW!