When SyFy announced they were adapting Grant Morrison's Happy mini-series (with artist Darick Robertson) fans were cautiously optimistic. The story revolves around an alcoholic ex-cop turned hitman who begins to see a cartoonish blue winged horse named Happy. How would the gritty hard-boiled crime story with the imaginary pony translate to television? If this teaser trailer for the show is any indication, it looks like fans should be very happy with the result. 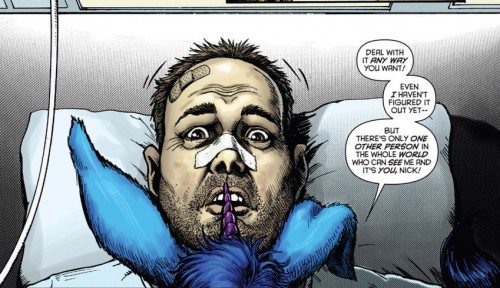 The 20-second teaser doesn't reveal very much but does preview the look and tone with a surprisingly well animated Happy included. Meloni proves he was the perfect choice to play the down on his luck hitman. The series has a 10-episode season commitment and also stars Patrick Fischler (Twin Peaks: The Return) as Smoothie; Ritchie Coster (True Detective) as Mr. Blue;  Zabryna Guevara (Gotham) as Amanda Hansen; and Joseph Reitman (Money Monster).

Can't wait for the TV series? Check out the graphic novel here: 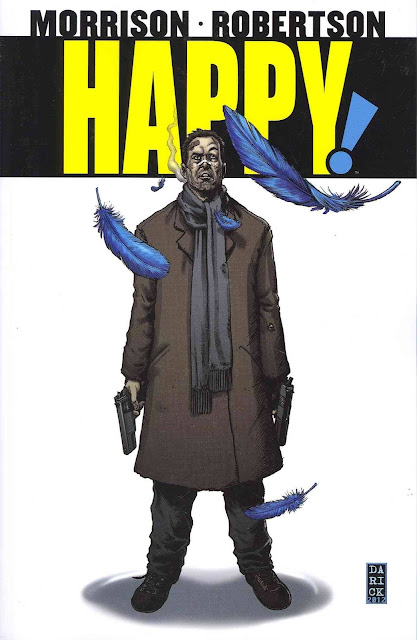