Valiant presents your first lettered look inside ETERNITY #1 – the FIRST ISSUE of A VISIONARY NEW SERIES coming this fall from the minds of New York Times best-selling writer Matt Kindt (X-O MANOWAR, Mind MGMT) and blockbuster artist Trevor Hairsine (DIVINITY, X-Men: Deadly Genesis)! On October 25th, journey to a realm that defies all description to enter an eons-old universe of gods and heroes! 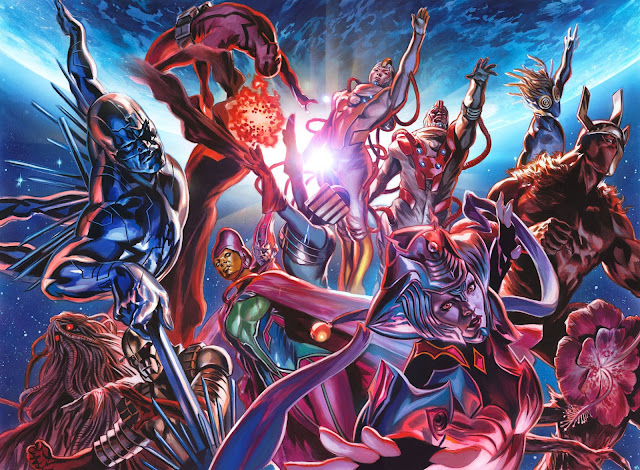 Beyond time… Beyond space… Beyond reality itself... ETERNITY awaits! This fall, in the sold-out, critically acclaimed footsteps of DIVINITY, DIVINITY II, and DIVINITY III: STALINVERSE, two of Valiant’s most formidable creative minds unveil a new plane of existence beyond our own and unleash a universe of new worlds, new beings, and new myths…

"ETERNITY has a lot of heart – it’s really about the story of this couple’s relationship and how they deal with loss – which is a story that Kirby never really got a chance to tell," Matt Kindt told Paste. "And by using some of the same tool sets, we’re going to get something pretty unique and heartbreaking – but also pretty fun."

On October 25th, jump into the year’s most astonishing journey as Abram Adams, the lost cosmonaut known as Divinity, travels outside the bounds of the Valiant Universe as we know it to explore the most distant frontier of imagination…to the incomprehensible kingdoms of the realm only known as Eternity…

In the tradition of the sweeping cosmic epics by the twin giants of the form -- Jack Kirby and Moebius -- witness the coming of the 21st century's next great modern myth right here, only in ETERNITY #1 (of 4)  – featuring covers by Jelena Kevic-Djurdjevic (FAITH), Tom Muller (DIVINITY), Trevor Hairsine (Ultimate Six), Matt Kindt (Dept. H) and Felipe Massafera (Shaper)!

PLUS: Reserve your copies of Valiant’s visionary new adventure with the ETERNITY #1–4 PRE-ORDER EDITION BUNDLE – spanning all four issues of the must-read VALIANT PRESTIGE format limited series! Released monthly from October 2017 through January 2018, each PRE-ORDER EDITION comes packed with trade paperback-style extras and bonus content, including creator commentary, behind-the-scenes looks at the creation of the comics, process character designs and artwork, and first looks at upcoming issues – plus an exclusive cover by interior artist Trevor Hairsine that can’t be found anywhere else!

The only way to obtain these exclusive items is to pre-order all four issues with your local comic shop by the initial order date of August 24th, 2017! No more copies will be made available beyond that date and subsequent issues will not be offered in later solicitations! 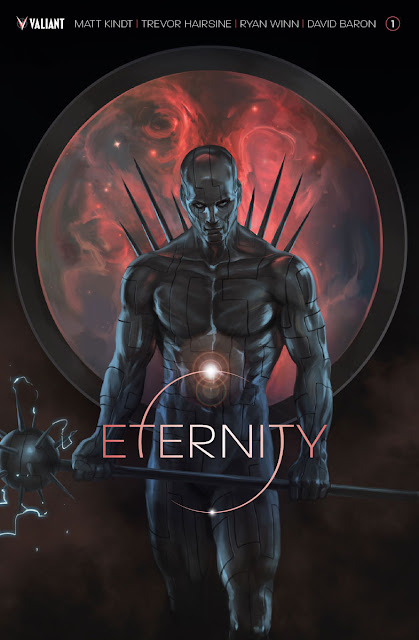 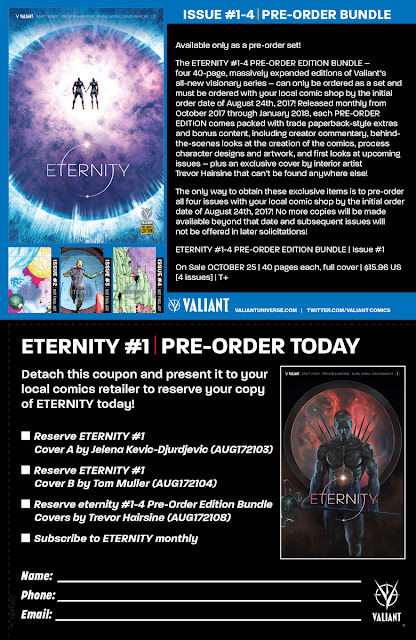 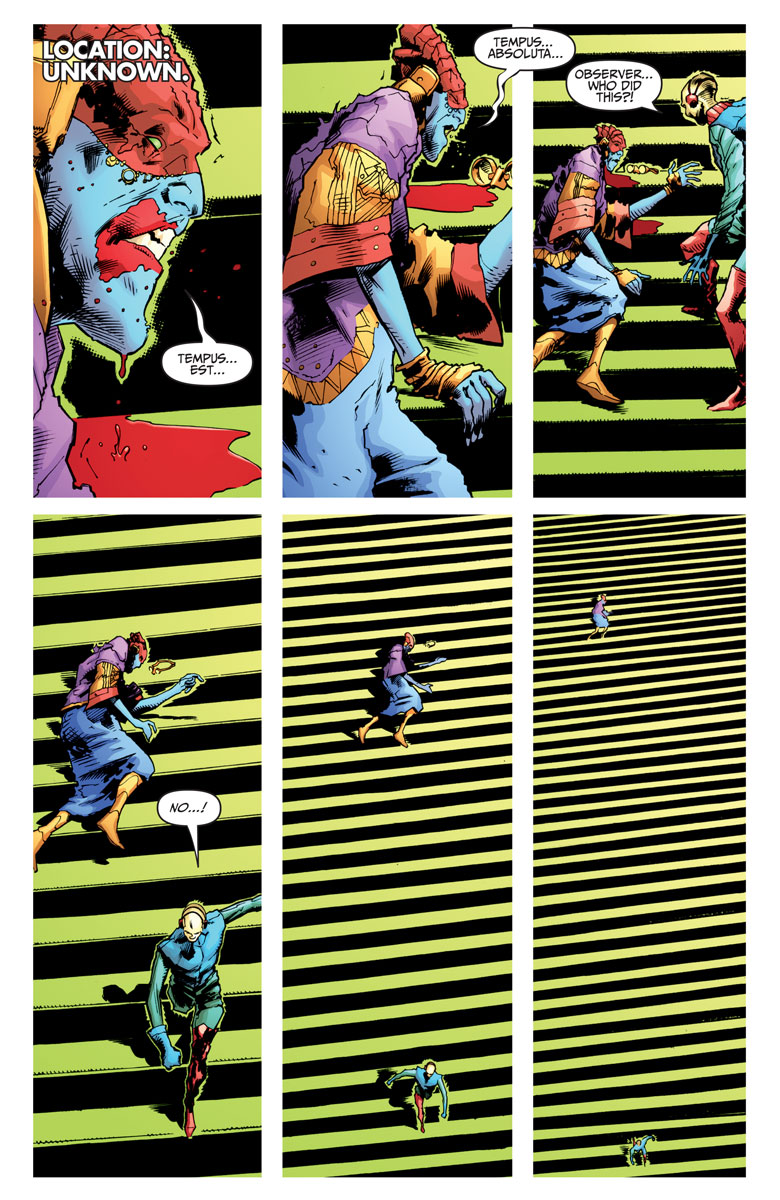 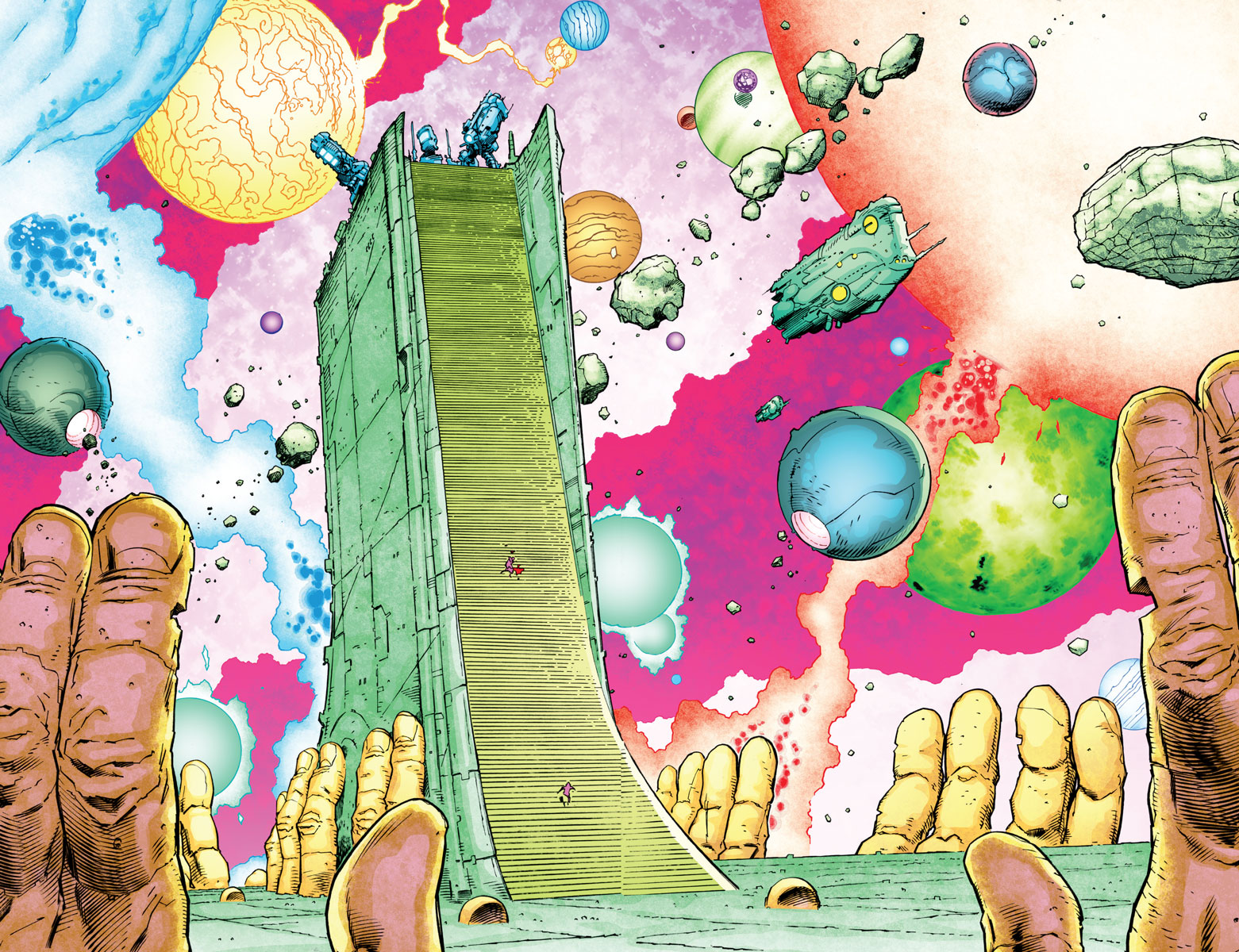 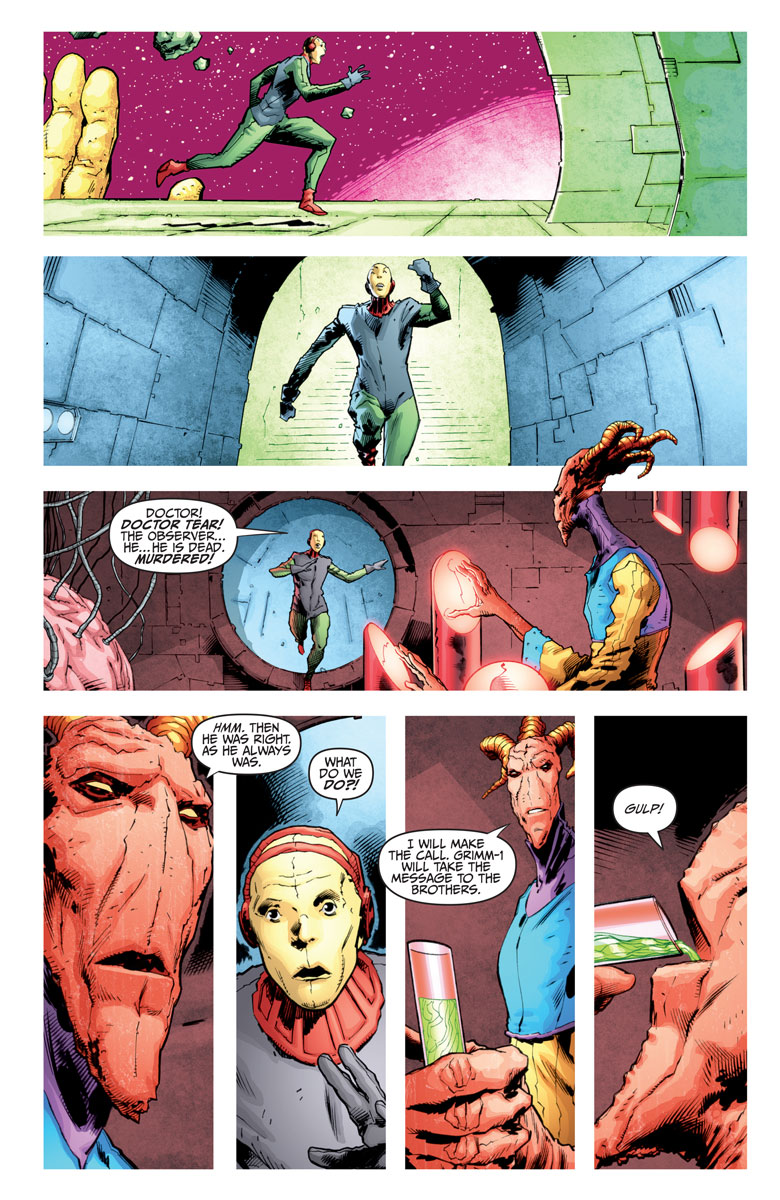 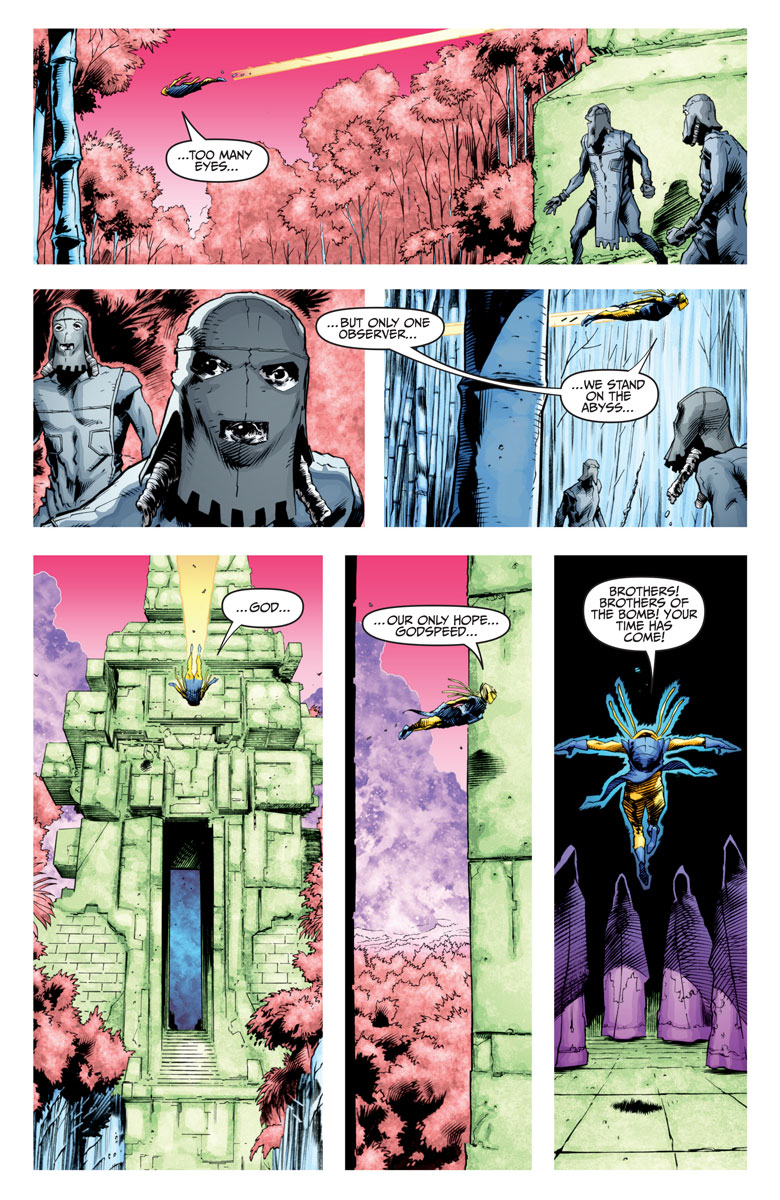 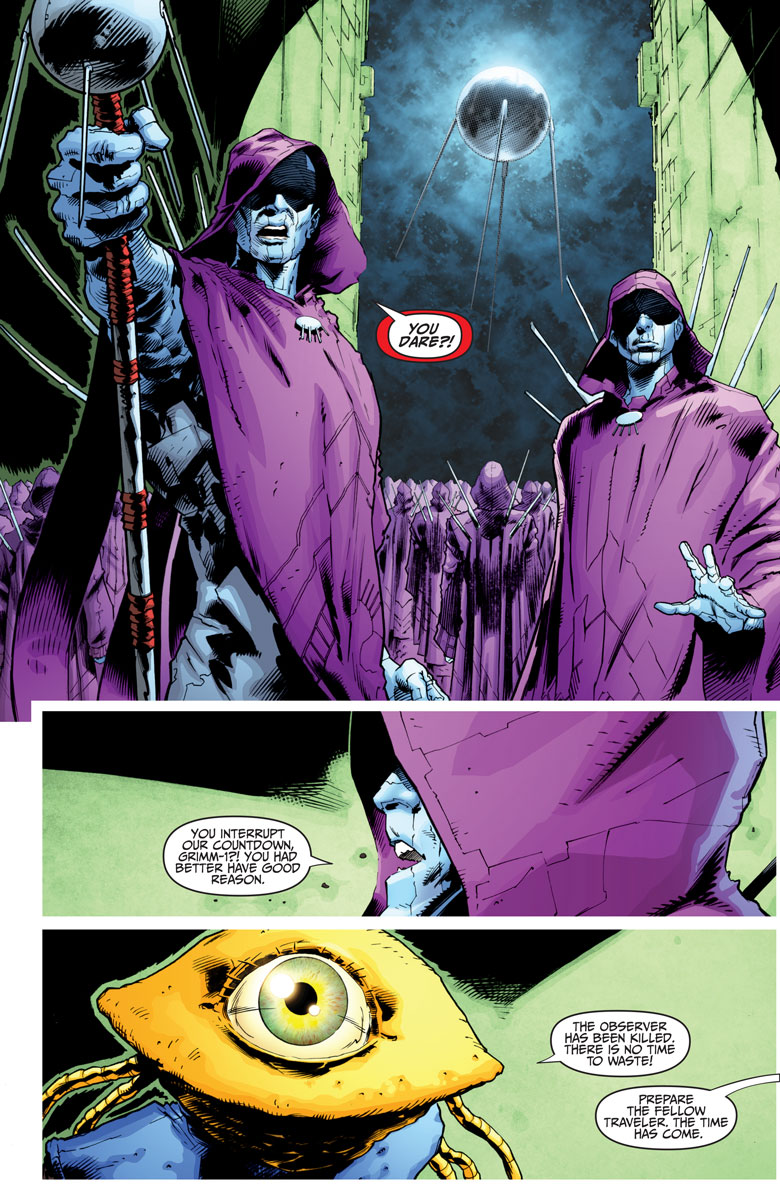 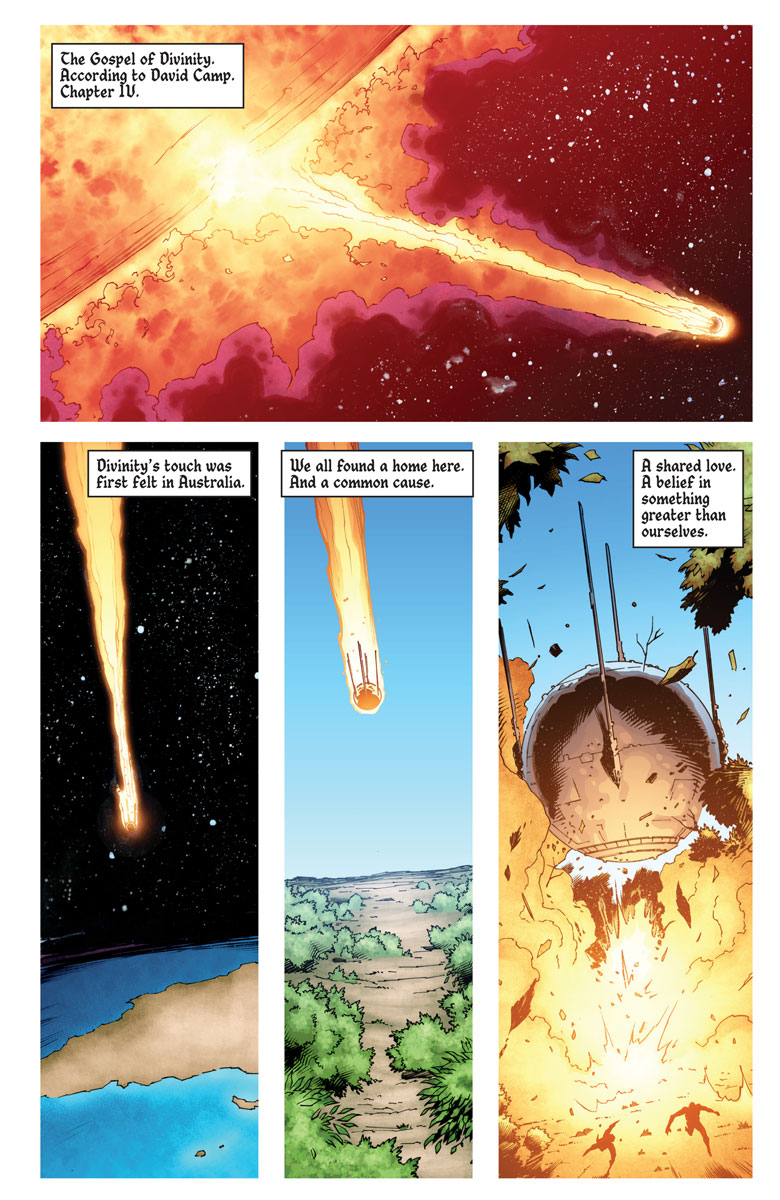 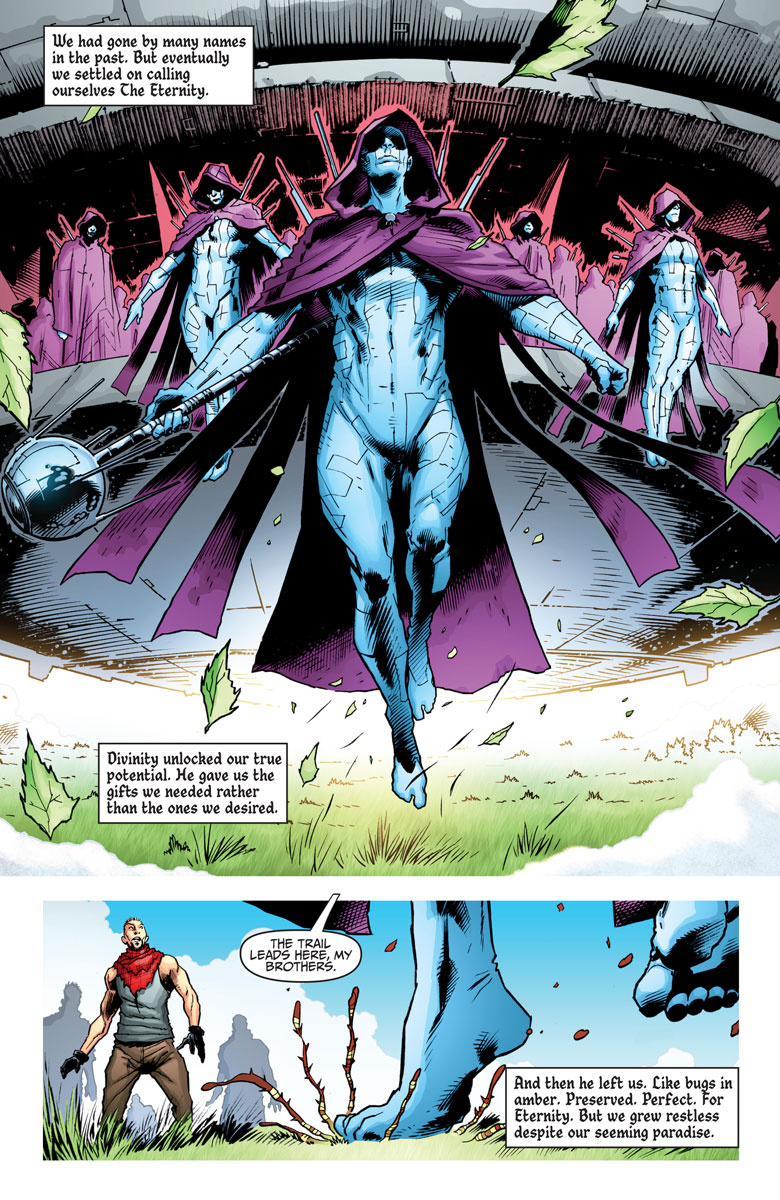 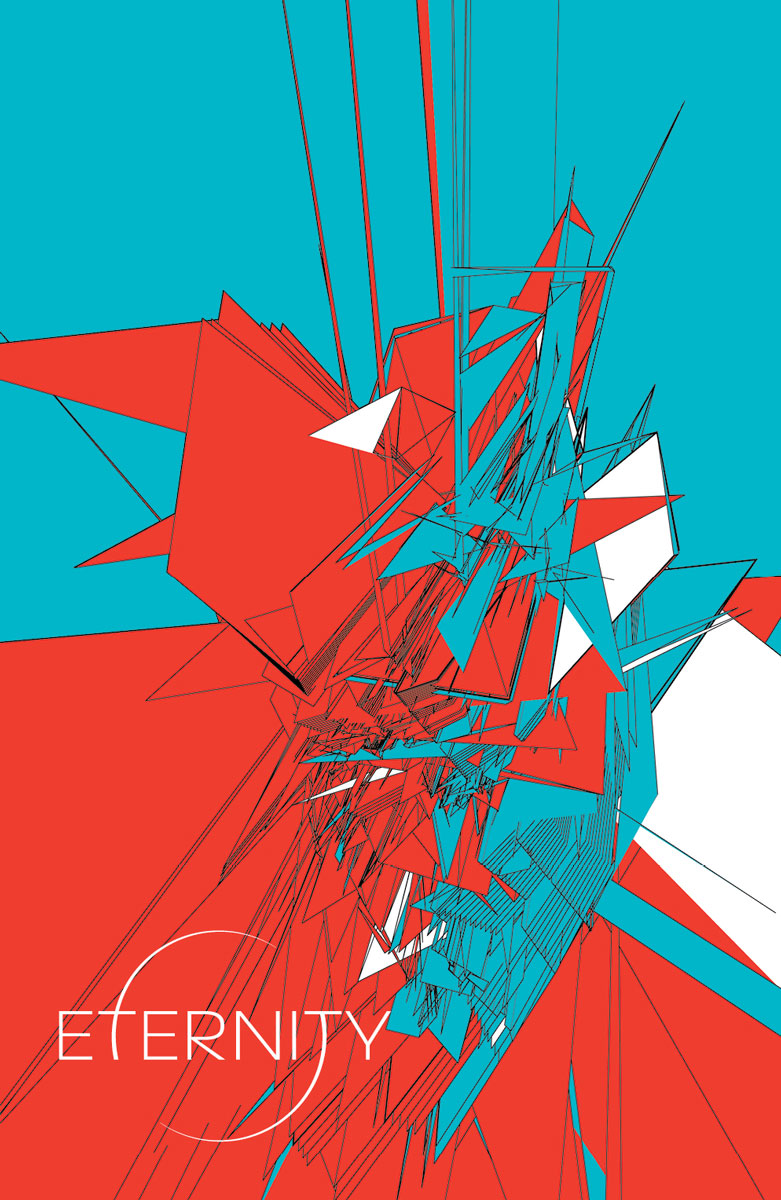