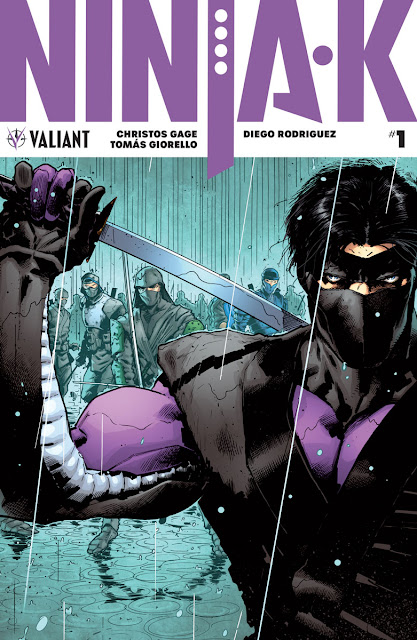 On November 15th, in the wake of blockbuster debuts including X-O MANOWAR (2017) #1, SECRET WEAPONS #1, and BLOODSHOT SALVATION #1, Valiant’s ICONS initiative unleashes a new assignment for Colin King, the lethal international operative codenamed NINJA-K! Now, for the first time, discover the secrecy-shrouded origins of the top-secret program that created Ninjak and his predecessors as Britain’s most dangerous super-spy unravels a conspiracy with deadly implications for each and every ninja agent…past and present! 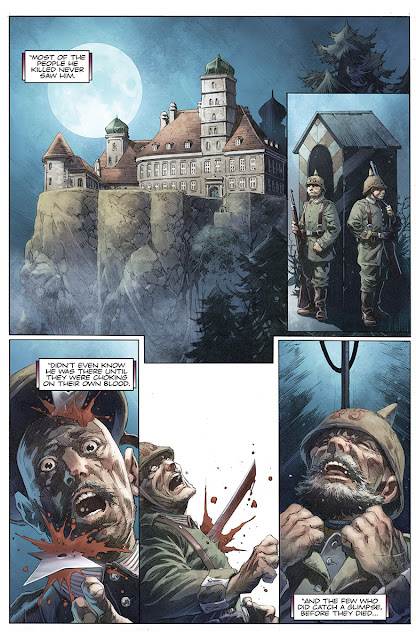 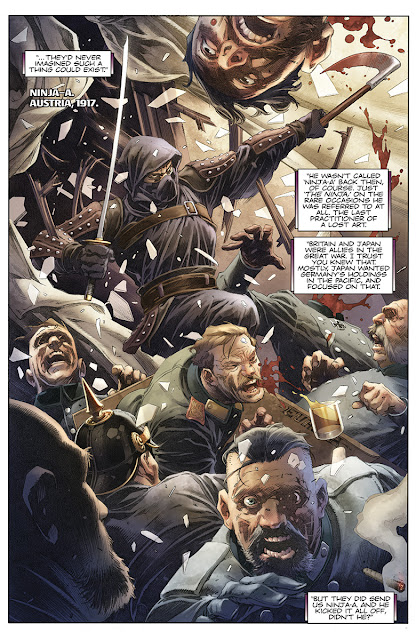 “[Colin King] is back in London doing his freelance thing, working for MI-6 as well as other clients. But he's isolated,” said writer Christos Gage. “He'll be confronted by the ghosts of the past...both the Ninja Programme's and his own. And many of those ghosts are very, very angry. Things will be shaken up. Friends might become foes, and vice versa. We're creating this rich history, this world, and then stirring it up, turning it upside down, and setting it all loose.” 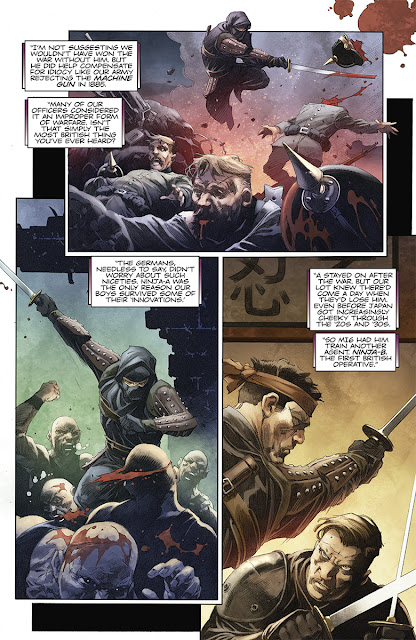 Valiant’s next essential ongoing series starts here with stunningly precise, 40-page jumping-on point diving swords-first into the mystery at the heart of MI-6’s dark legacy! On November 15th, join comics all-stars Christos Gage and Tomas Giorello as they lead Ninjak on a manhunt through a cold, calculating world of espionage and international intrigue, only in NINJA-K #1 – featuring covers by Trevor Hairsine (DIVINITY), rising star Lucas Troya, Tonci Zonjic (Who is Jake Ellis?), Kenneth Rocafort (The Ultimates), and David Mack (Kabuki)! 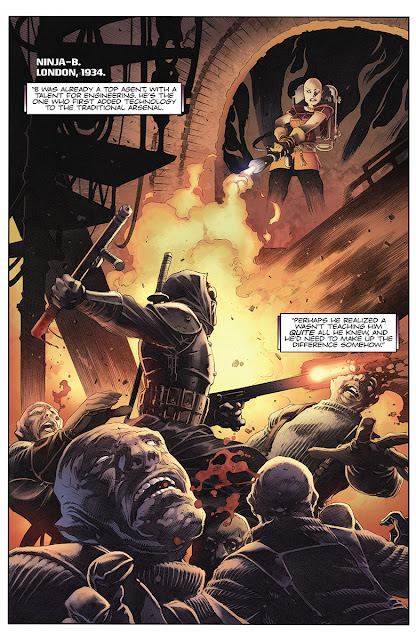 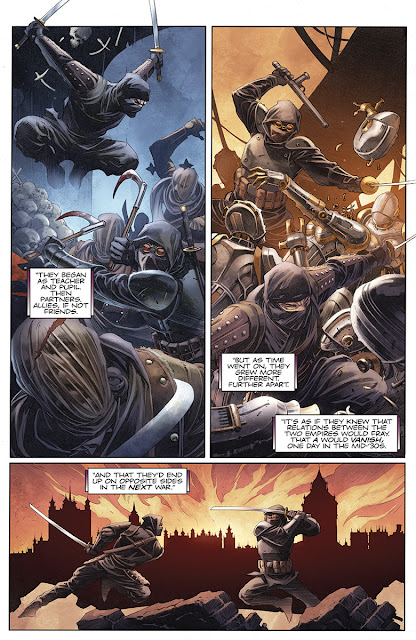 THEN: Valiant ICONS – the all-new wave of ongoing titles, prestige-format limited series, and standalone events featuring the publisher's biggest and most demanded heroes – continues in QUANTUM AND WOODY! (2017) #1! 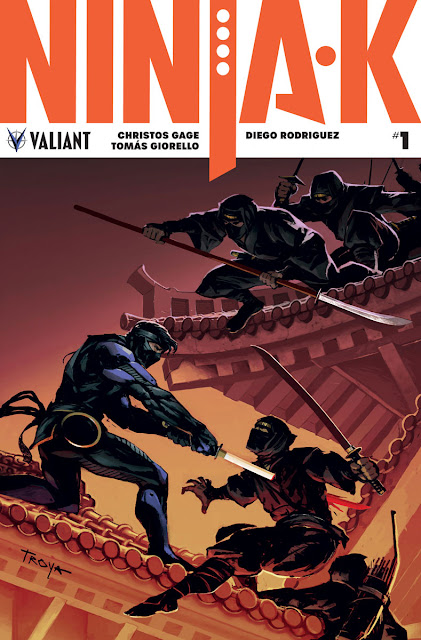 This December, deeply alarming and untrustworthy writer Daniel Kibblesmith (The Late Show with Stephen Colbert) and eye-popping artist Kano (Daredevil) give the Valiant Universe the adjective-worthy superheroes it deserves: QUANTUM AND WOODY! 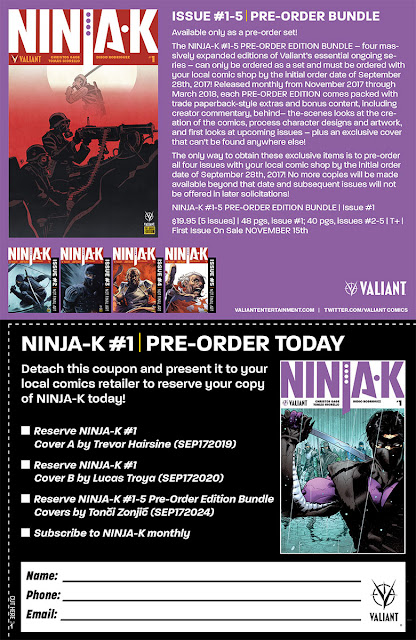 With great power comes great sibling rivalry! This winter, you’ll believe two men and one goat can split a one-bedroom apartment and still be a credible threat to evil and injustice everywhere when QUANTUM AND WOODY! (2017) #1 makes headlines and takes names – coming soon from Valiant ICONS! 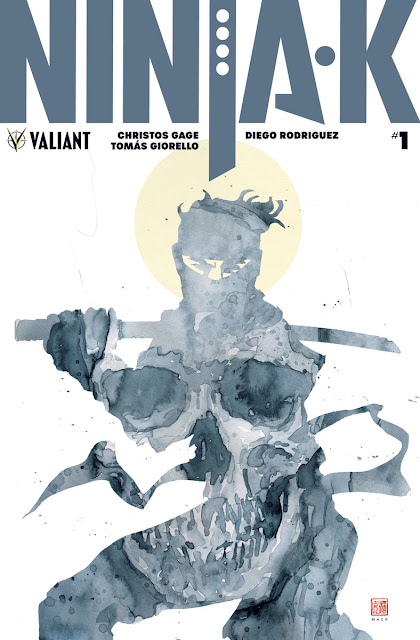 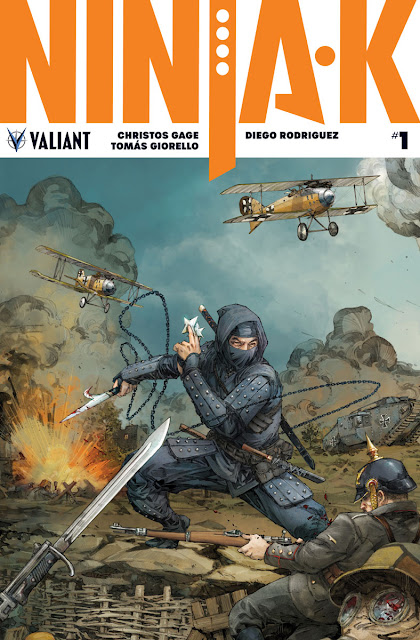 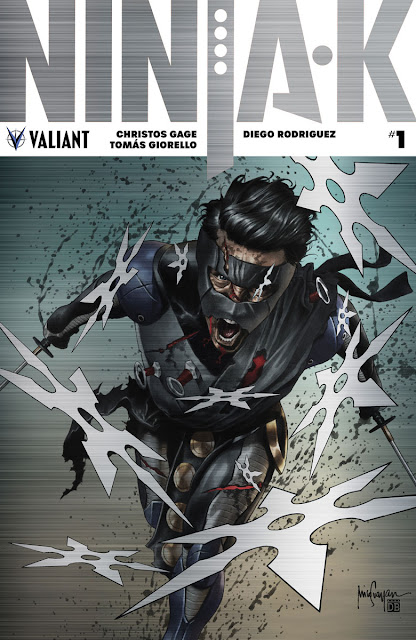 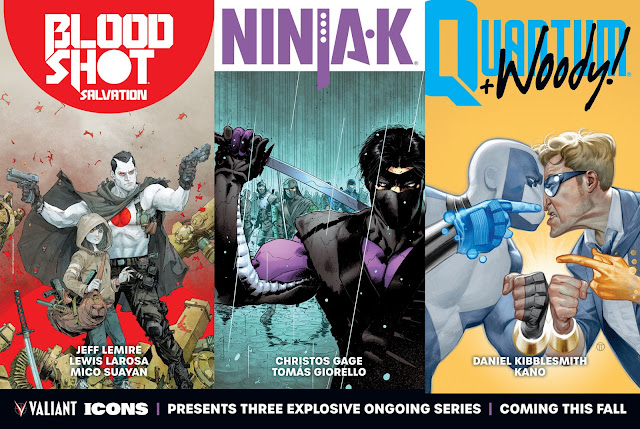