This week in comics is full of superheroes, monsters, and action. Whether you to Big Two or indie, you won't be disappointed whatever you choose. Batman, America, The Flash, X-O Manowar, Ghostbusters,  Redneck, Jughead: The Hunger, and more will get your pulse pounding. Check out our recommendations and the slideshow featuring music from the Foo Fighters. 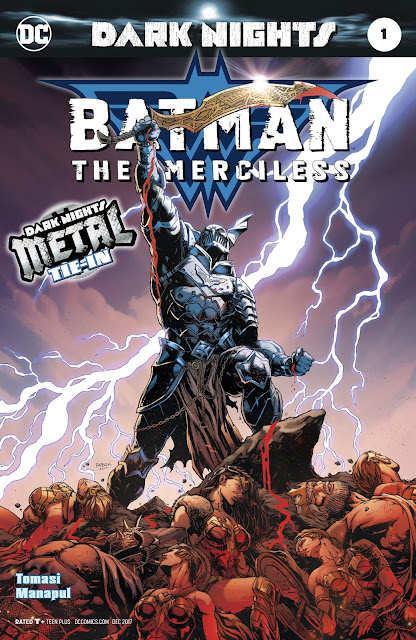 (W) Peter J. Tomasi (A) Francis Manapul (CA) Jason Fabok
As the events of DARK NIGHTS: METAL rock the DC Universe, the creatures of the Dark Multiverse stand ready to invade our world! How can even the World's Greatest Heroes stop a horde of deadly beings that appear to be powerful, nightmare versions of familiar figures? Find out in these special tie-in issues! 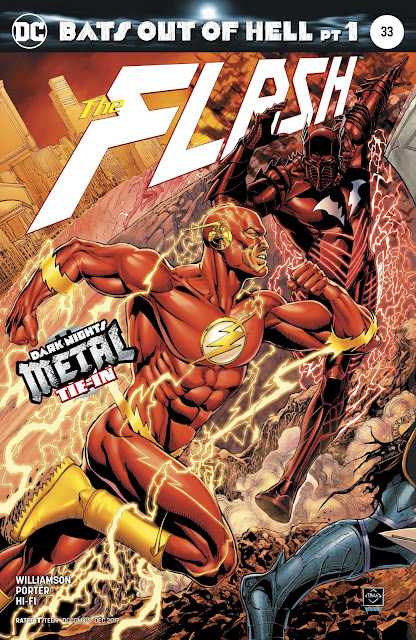 (W) Joshua Williamson (A) Howard Porter (CA) Ethan Van Sciver
"BATS OUT OF HELL" part one! After the harrowing events of DARK NIGHTS: METAL #3, the JUSTICE LEAGUE has scattered around the world to find the only artifacts that can fight back against the invasion of the Dark Multiverse. The League thinks they know how to take back their world, but they are not prepared for who is standing in their way. The Seven Dark Knights of the Dark Multiverse. All the brilliance of Batman, but none of the morals. Barry Allen, The Fastest Man Alive, is the first to get a taste of their plan, as BATMAN: THE RED DEATH takes him on at the Fortress of Solitude.
RATED T 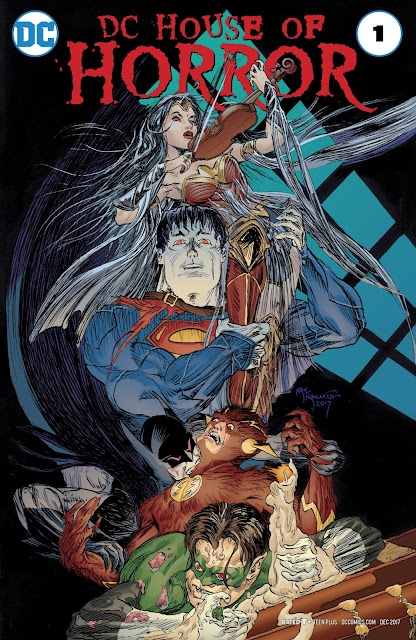 (W) Keith Giffen, Brian Keene, Weston Ochse (A) Rags Morales, Bilquis Evely, Howard Porter, Scott Kolins, Dale Eaglesham (CA) Michael William Kaluta
An all-new, all-creepy one-shot set in the DC Universe-just in time for Halloween! Martha Kent fights for her life against a creature from a spacecraft that lands in front of her farmhouse. A young woman is possessed by the spirit of a murderous Amazon warrior. The last surviving member of the Justice League faces down a horror beyond imagining. All these and more are what happens when the most exciting new voices in contemporary horror fiction are paired with the talents of some of the greatest artists in the DC firmament! And if that isn't enough to scare you, there's Keith Giffen, too.
RATED T+ 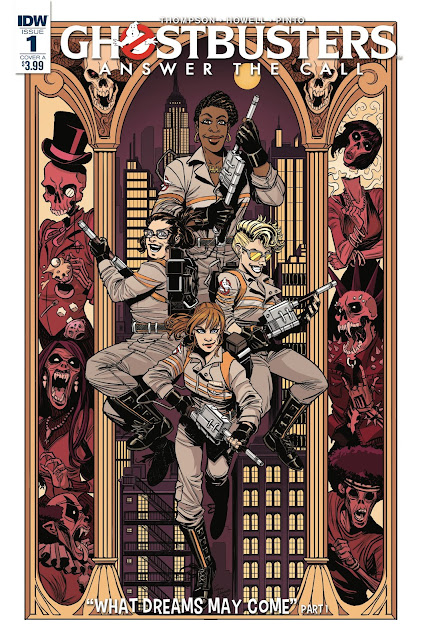 (W) Kelly Thompson (A/CA) Corin Howell
"What Dreams May Come, Part 1!" On a routine house call to dispose of a simple Class III spook, Abby, Patty, Erin, and Holtzmann encounter a truly terrifying Class VII that appears to be feeding on fear. Able to create illusions that prey on their greatest fears, and with designs on turning the world into its own nightmare dimension ('natch!) our ladies may have finally met their match!
Bullet points:
* This is it! Don't miss the ladies from the 2016 film in their very own series!
* All-new hi-jinks and ghostly mayhem begins here!
* A perfect jumping on point for Ghostbuster fans both old and new! 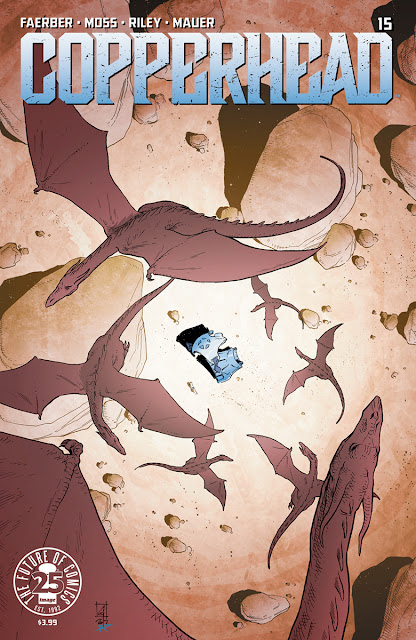 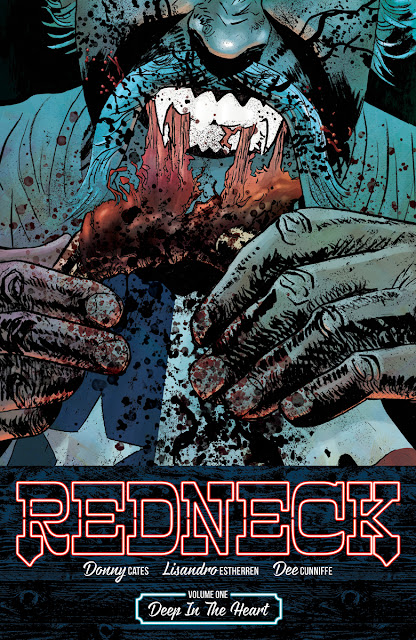 (W) Donny Cates (A/CA) Lisandro Estherren
The Bowmans are VAMPIRES who have quietly run the local barbecue joint in their small town for years, living off cows' blood. Their peaceful coexistence ends as generations of hate, fear, and bad blood bubble to the surface-making it impossible to separate man from monster!

Critically acclaimed writer DONNY CATES (GOD COUNTRY) and artist LISANDRO ESTHERREN serve up the tale of a DIFFERENT kind of family just trying to get by, deep in the heart of Texas. 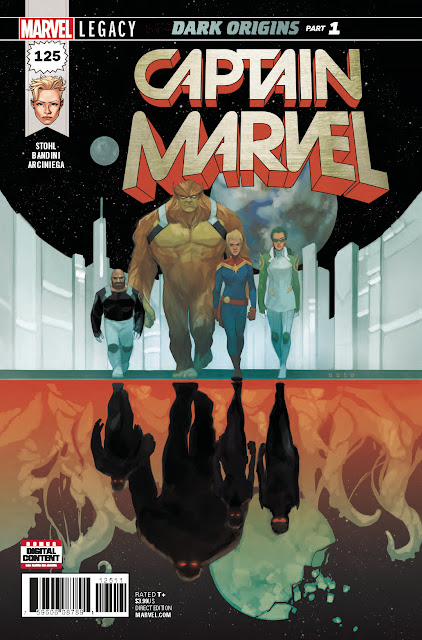 (W) Margaret Stohl (A) Michele Bandini (CA) Phil Noto
DARK ORIGIN Part 1
As Captain Marvel, CAROL DANVERS has traveled to almost every inch of the planet - and beyond! Now she's heading to somewhere uncharted, where there's no familiar face to be seen except for...her own! Join Carol on her new cosmic journey through the past and future as Captain Marvel takes flight in an adventure you won't want to miss. The earth-shattering secrets of her Dark Origin are finally revealed, and the Marvel Universe will be forever changed. PLUS: Includes 3 bonus MARVEL PRIMER PAGES! Story by Robbie Thompson and a TBA artist!
Rated T+ 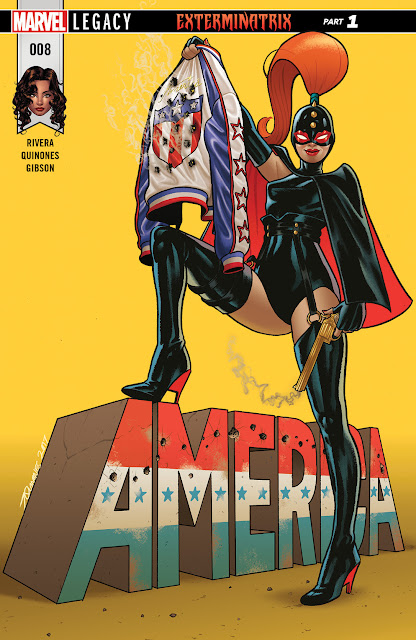 EXTERMINATRIX Part 1
Everyone's favorite no-nonsense powerhouse, America Chavez, may have finally met her match. Introducing - the deadly and exotic Exterminatrix! Can America continue her hard-hitting journey to defend the multiverse against the oncoming warpath of Exterminatrix and the ominous Midas Corporation? It's the start of a daring adventure as America gains all-new untested powers, and she'll need them against the coming horde of villains! PLUS: Includes 3 bonus MARVEL PRIMER PAGES! Story by Robbie Thompson and a TBA artist!
Rated T+ 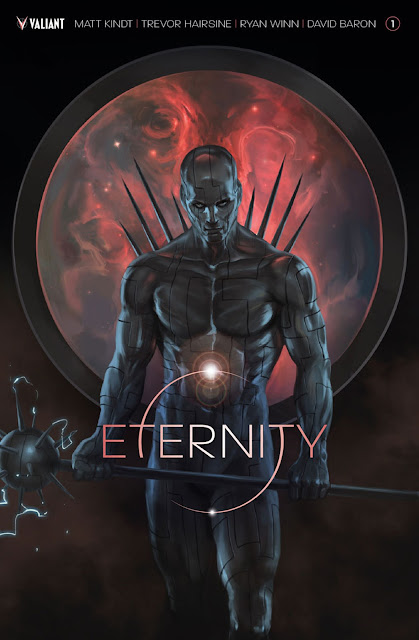 This October, Valiant unveils a new plane of existence beyond our own and unleashes a universe of new worlds, new beings, and new myths... 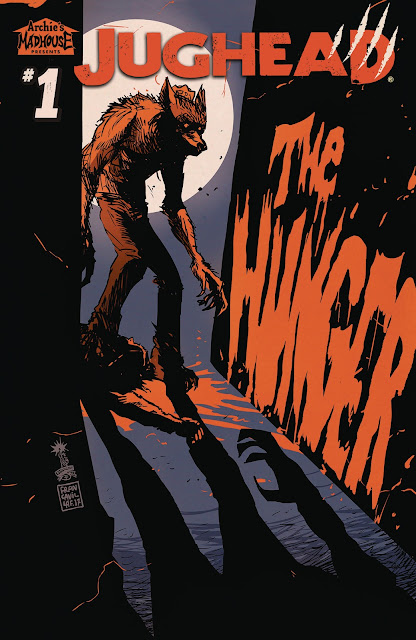 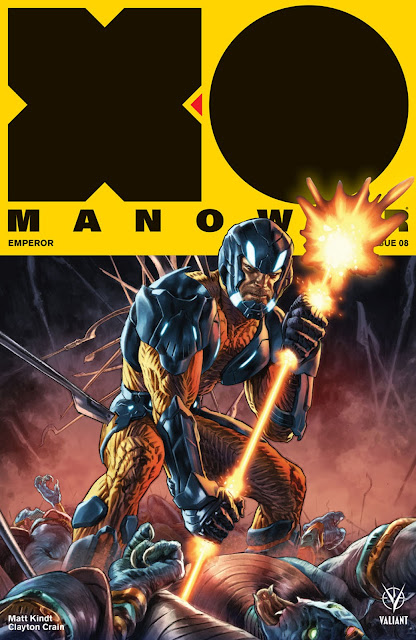 (W) Matt Kindt (A) Clayton Crain, Renato Guedes, Khari Evans (CA) Lewis LaRosa
Besieged!
War has returned to the world of Gorin - but, this time, the planet's ravaged armies face a threat from the stars, not within! Now, as the intergalactic assault reaches a critical peak, it falls to Gorin's newly coronated emperor, Aric of Urth, to fortify not just a kingdom, but an entire world! With his sentient armor to aid him, the Earthborn warrior once known as X-O Manowar will confront the conquering force known as the Mono Men on the field of battle...but if he doesn't act fast, his reign will end just as quickly as it began!
New York Times best-selling writer Matt Kindt (DIVINITY, Mind MGMT) and superstar artist Clayton Crain (4001 A.D.) let loose the cosmos' fiercest dogs of war for the next punishing chapter of "EMPEROR" - and bring the best-selling independent comic debut of 2017 to a white-hot crucible of unimaginable brutality! 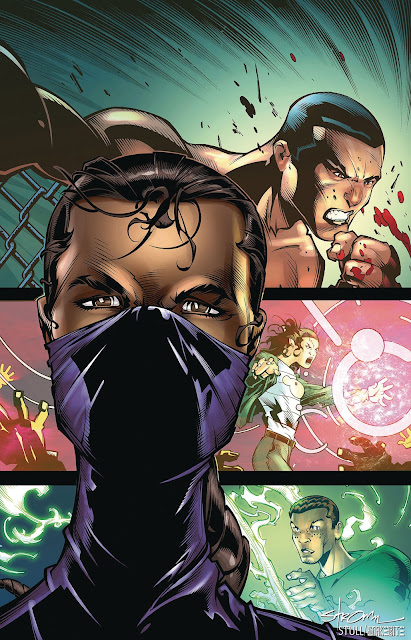 CATALYST PRIME INCIDENTALS #3
LION FORGE
(W) Joe Casey (A/CA) Larry Stroman, Rob Stull
The fugitive super powered teenager, Seven, has been found by the police, a team of high-tech mercenaries, and the covert superhero team trying to protect her from everyone.
It's all-out war between the humans and super humans for the life of one girl, and only billionaire Bo Vincent Chen knows how high the stakes really are, for his team and the rest of the world. 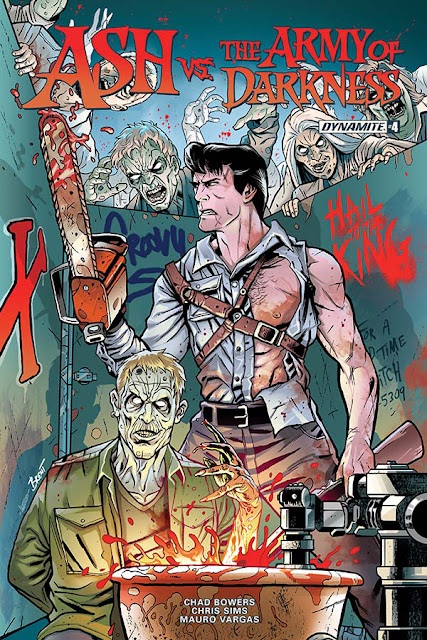 (W) Chad Bowers, Chris Sims (A) Mauro Vargas, Sam Lotfi (CA) Brent Schoonover
How well can things actually be going when the good guys have modeled their team after the teachings of Ash Williams and the bad guys are a bunch of deadites trying to keep you from graduating...and breathing? Yikes. 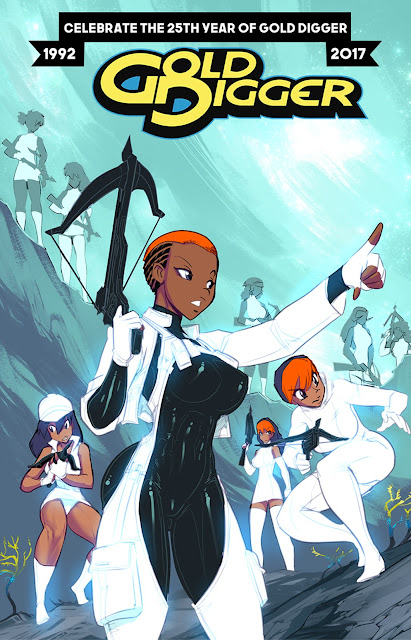 (W) Fred Perry (A) Fred Perry
Penny's link to the Dynasty Symbiots is exploited by the dark entity welling up from the dawn of creation: The Umbral.  But in its haste to seize the life of one of its foes, the Umbral collapses several quantum shadows of Penny in its cosmic game of "Jacks".  Together, Penny and her quantum shadows work to escape their death trap!