War has returned to the world of Gorin – but, this time, the planet’s ravaged armies face a threat from the stars, not within! Now, as the intergalactic assault reaches a critical peak, it falls to Gorin’s newly coronated emperor, Aric of Urth, to fortify not just a kingdom, but an entire world! 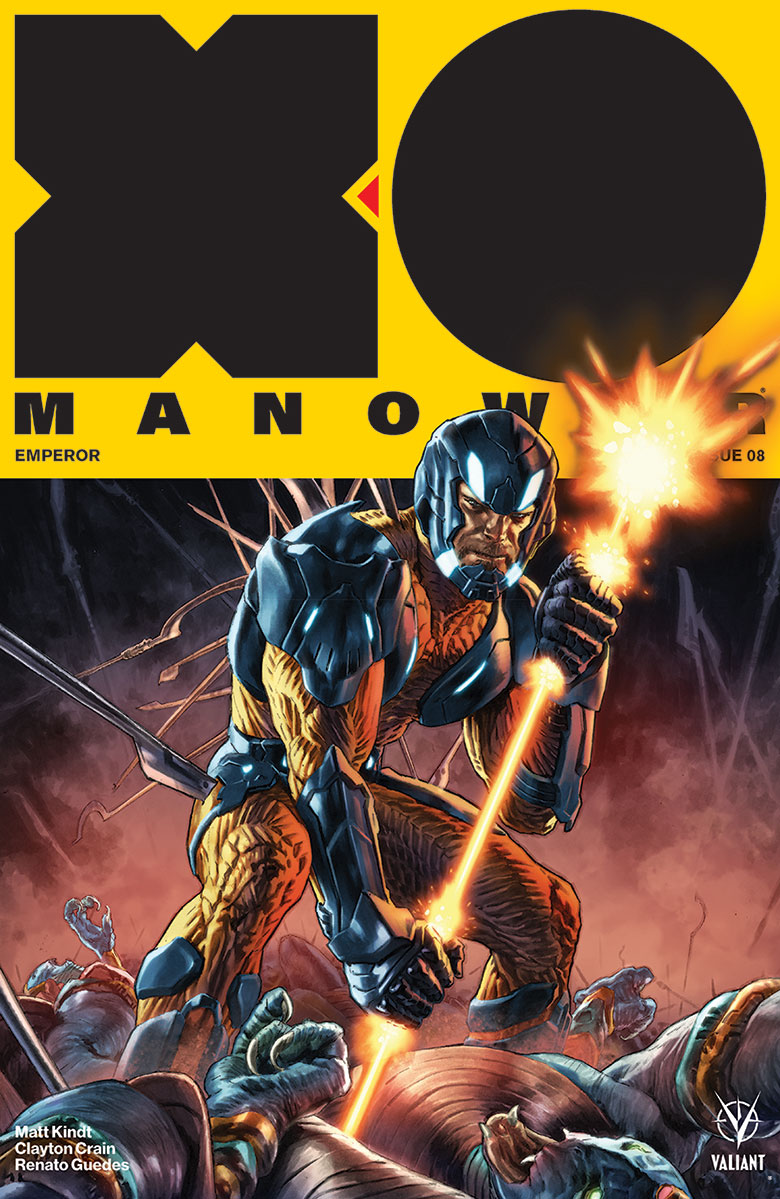 With his sentient armor to aid him, the earthborn warrior once known as X-O Manowar will confront the conquering force known as the Mono Men on the field of battle…but if he doesn’t act fast, his reign will end just as quickly as it began! 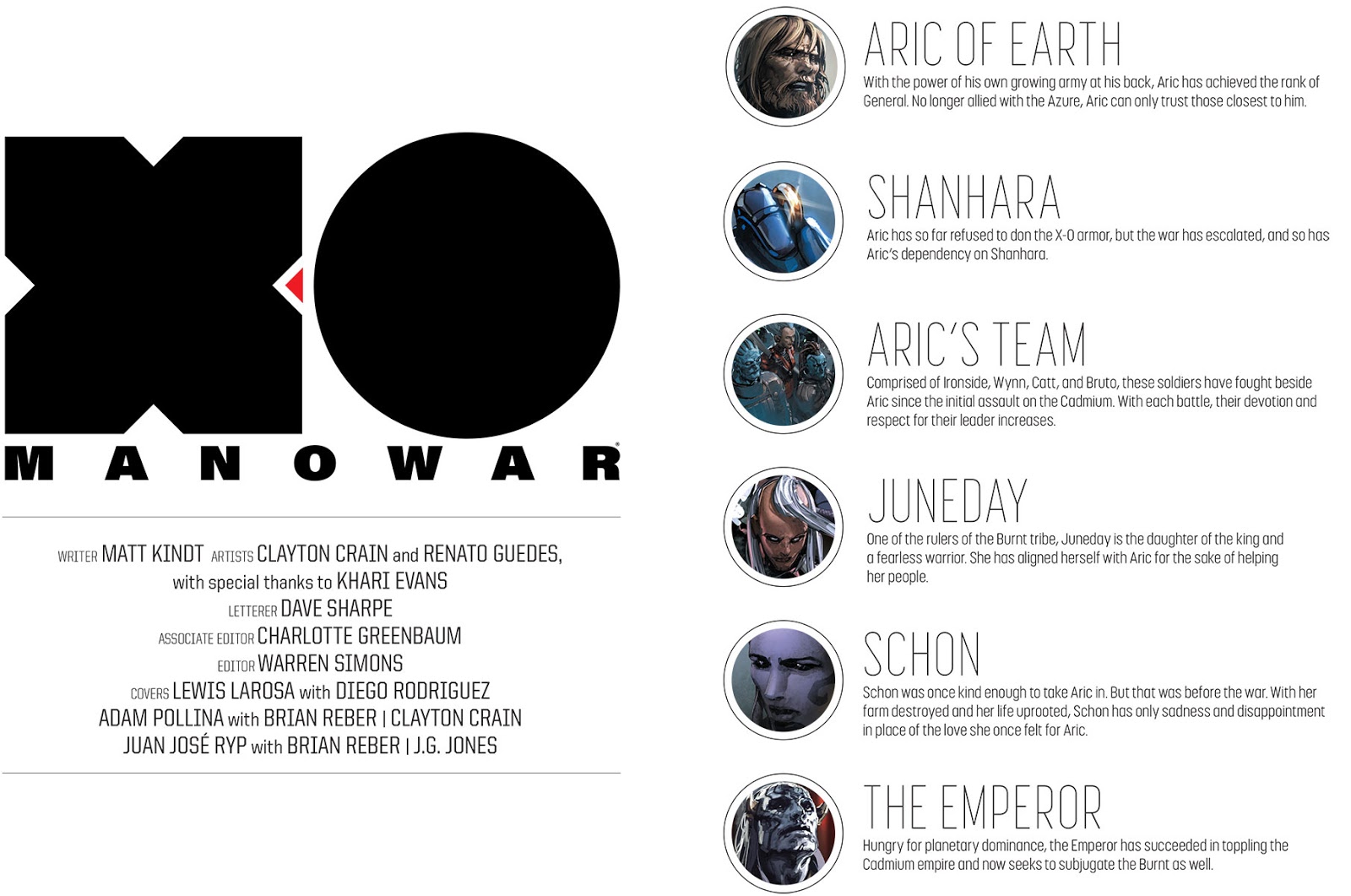 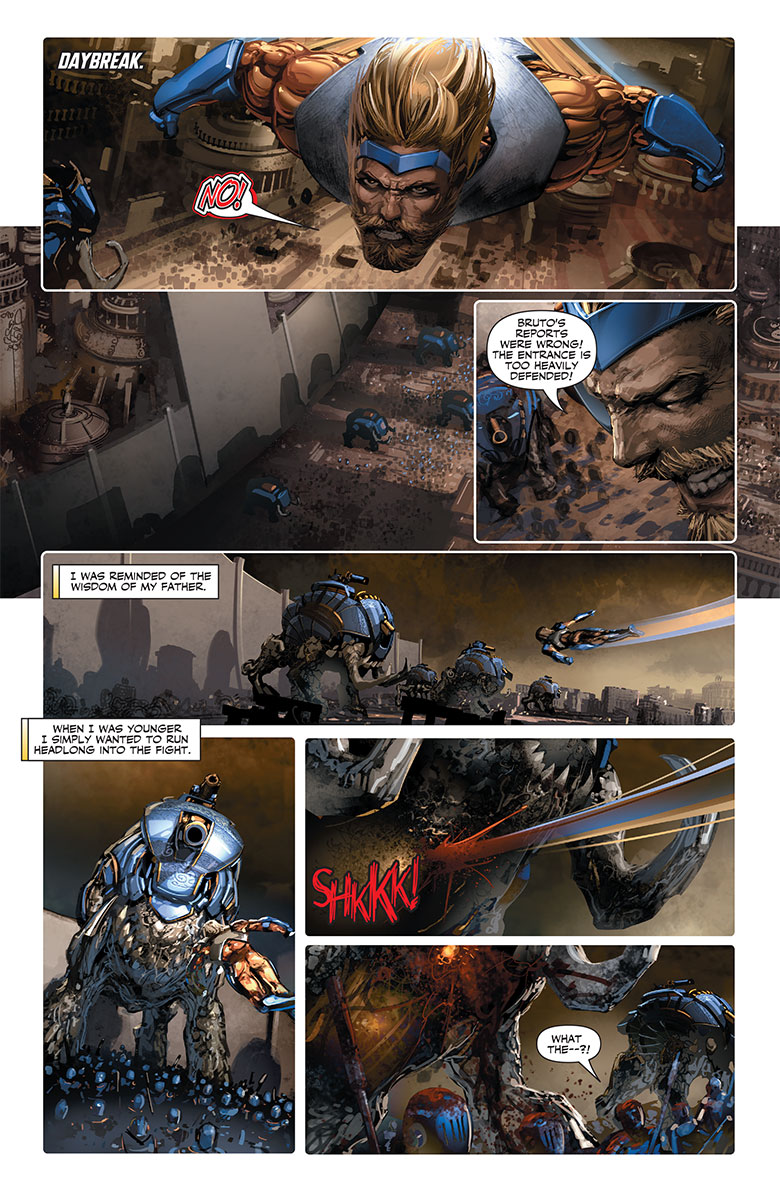 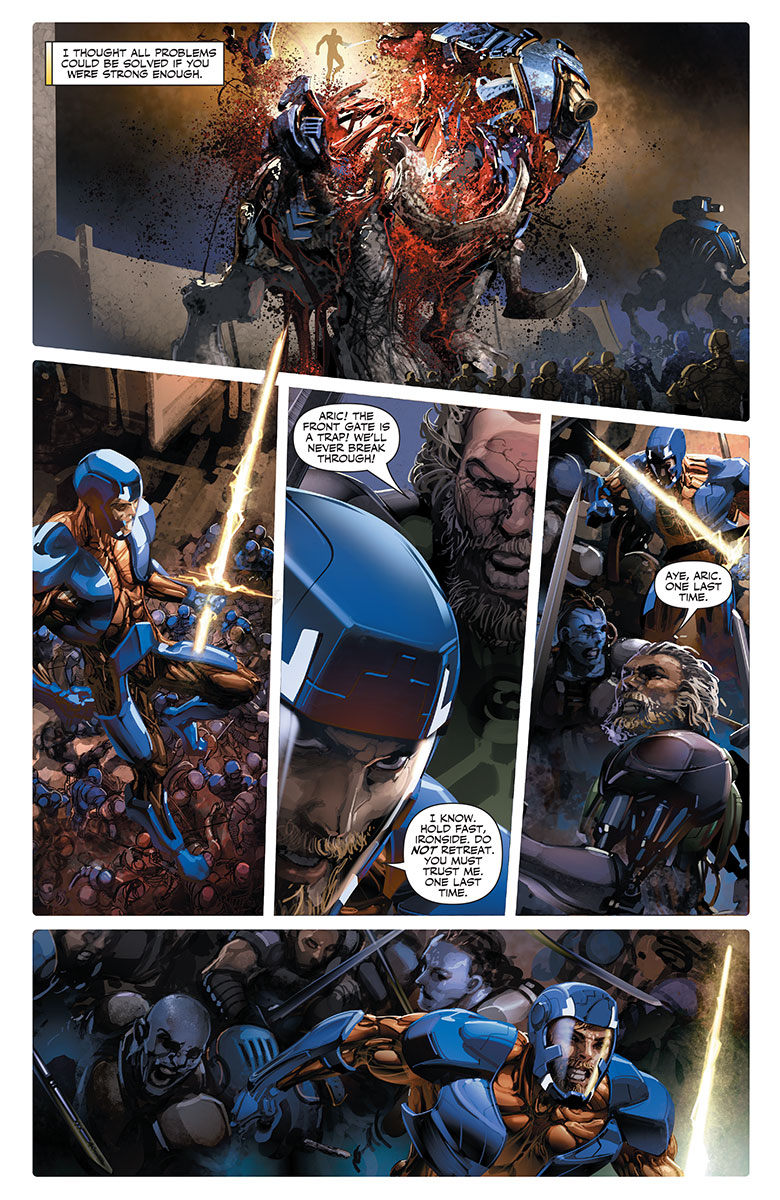 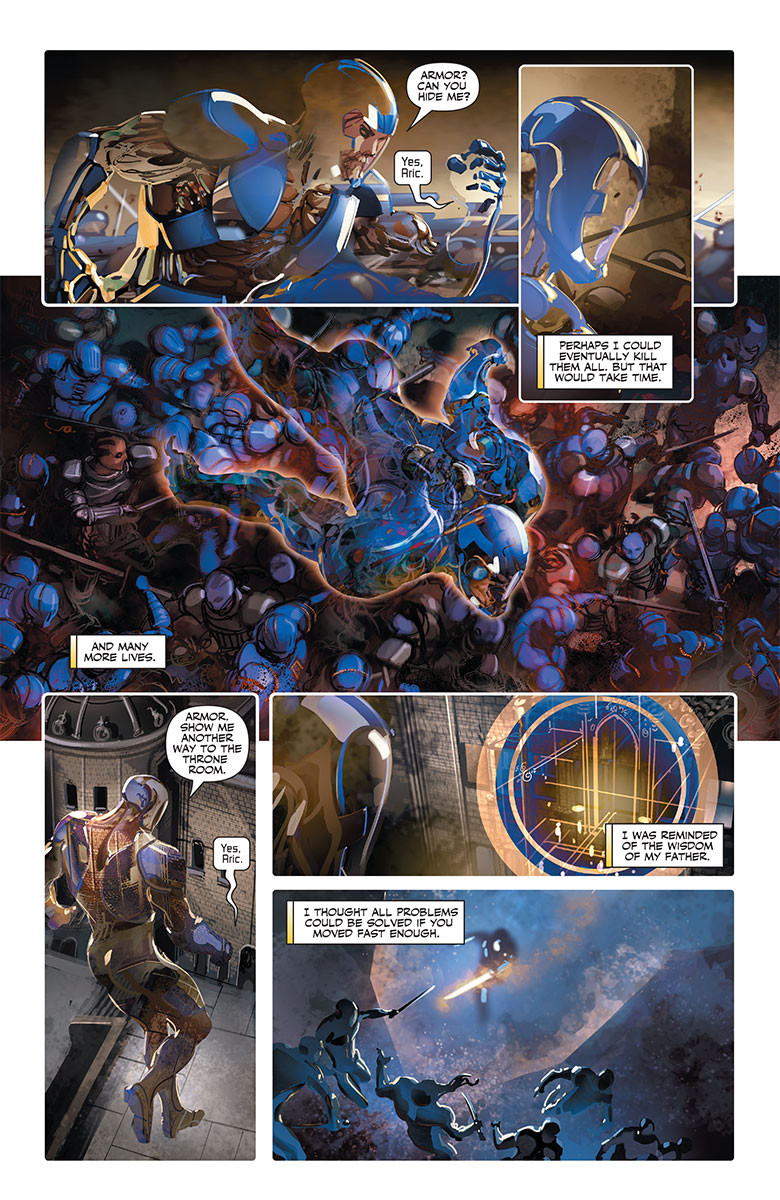 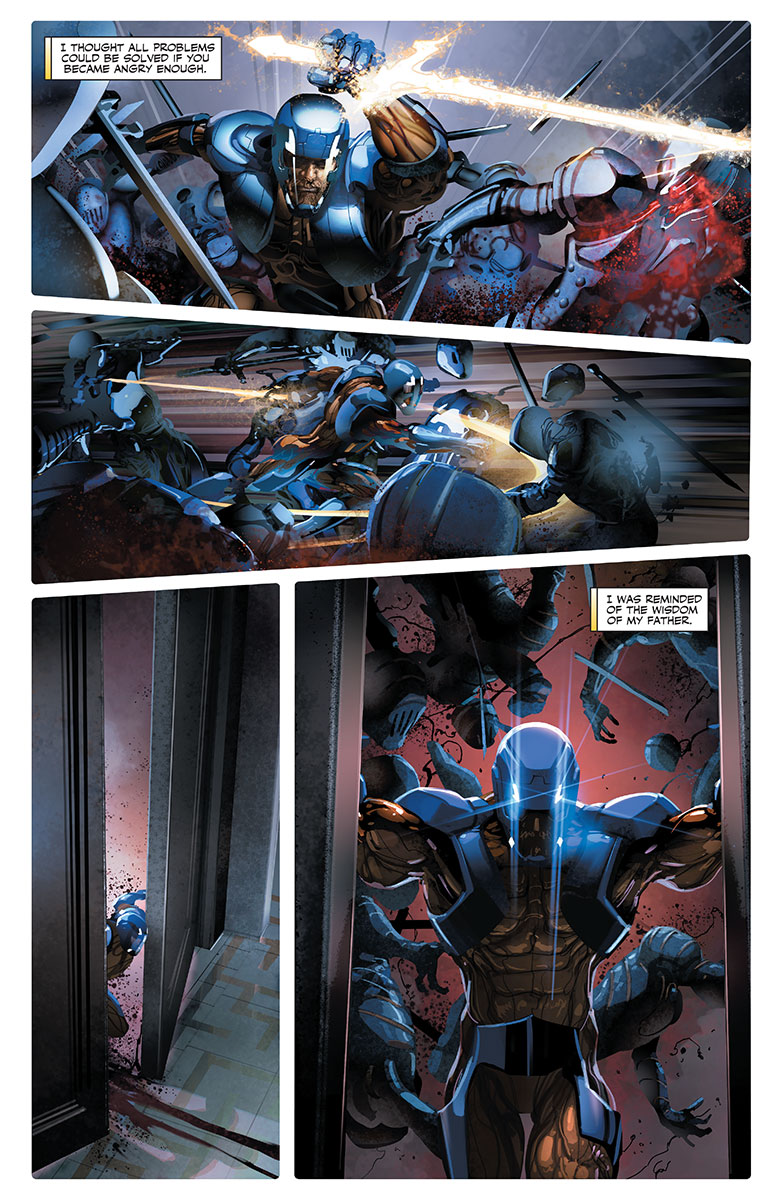 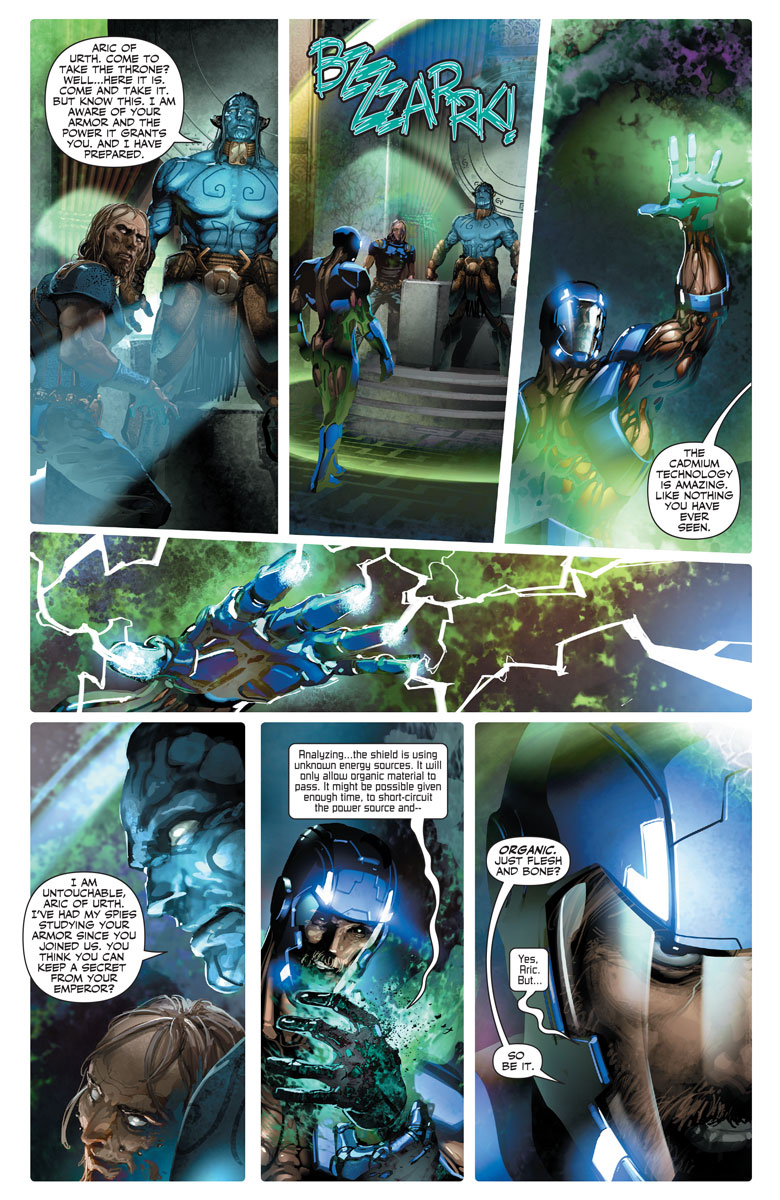 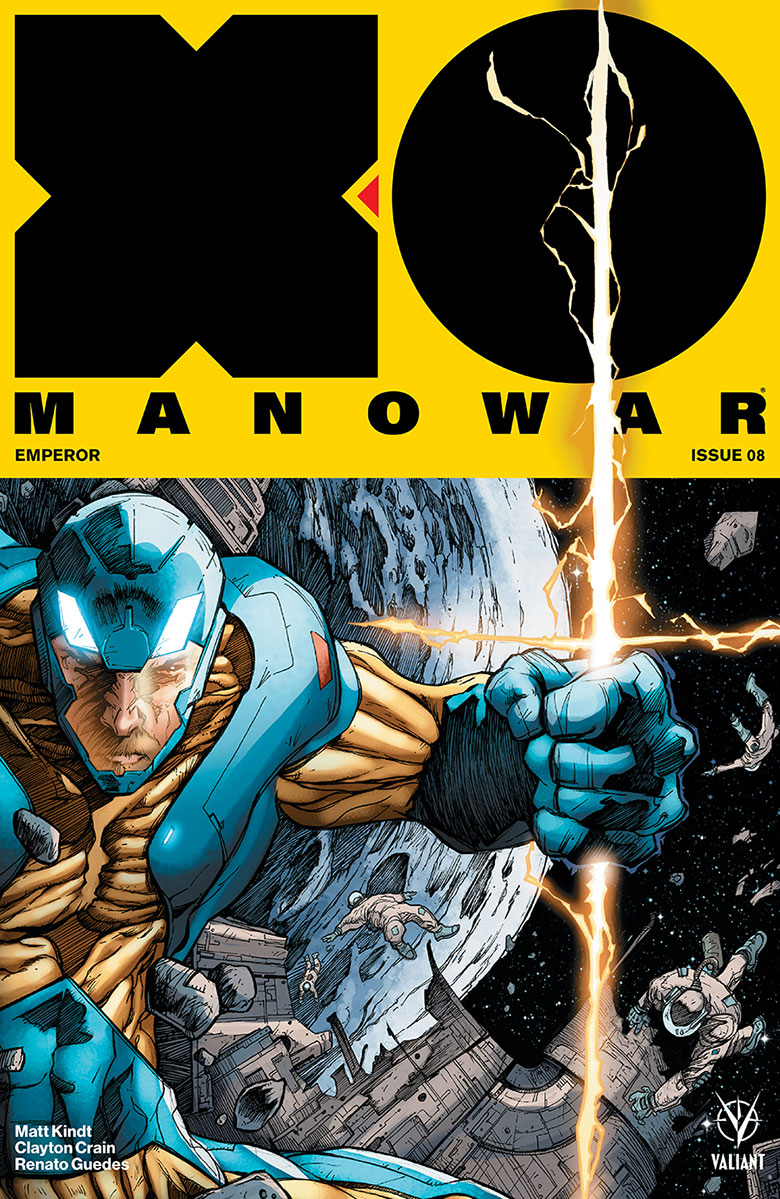 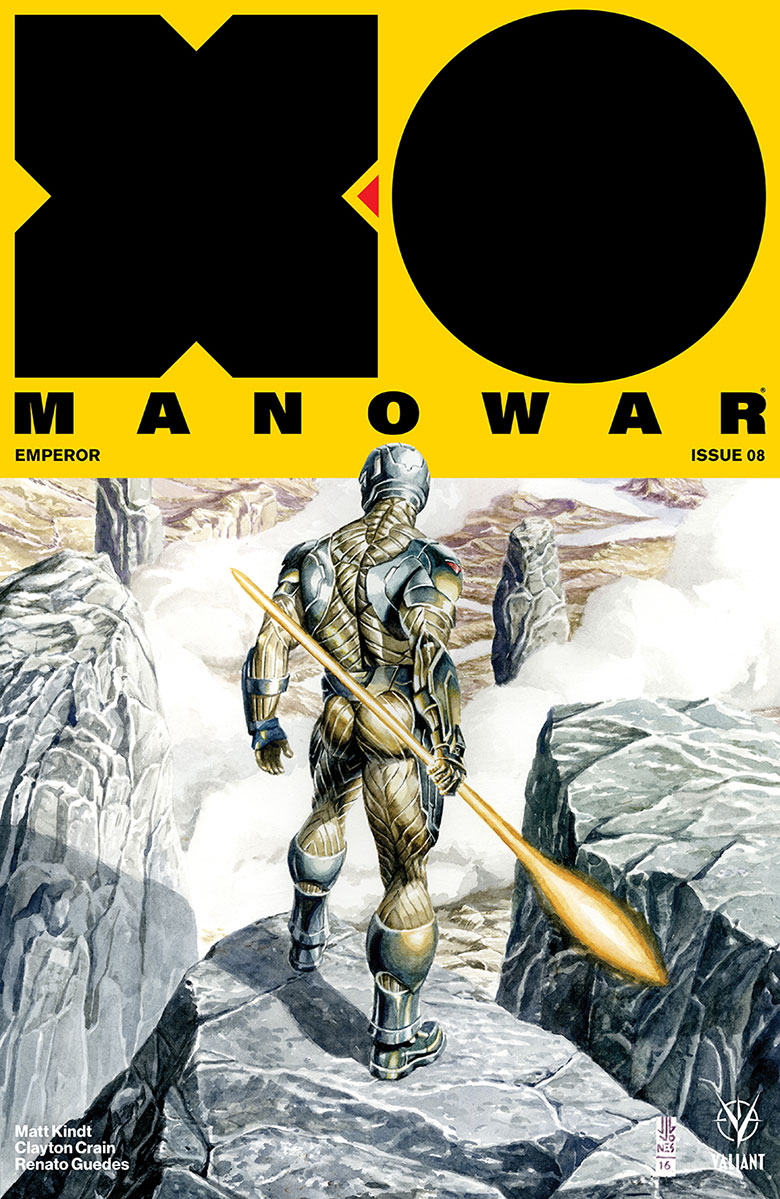 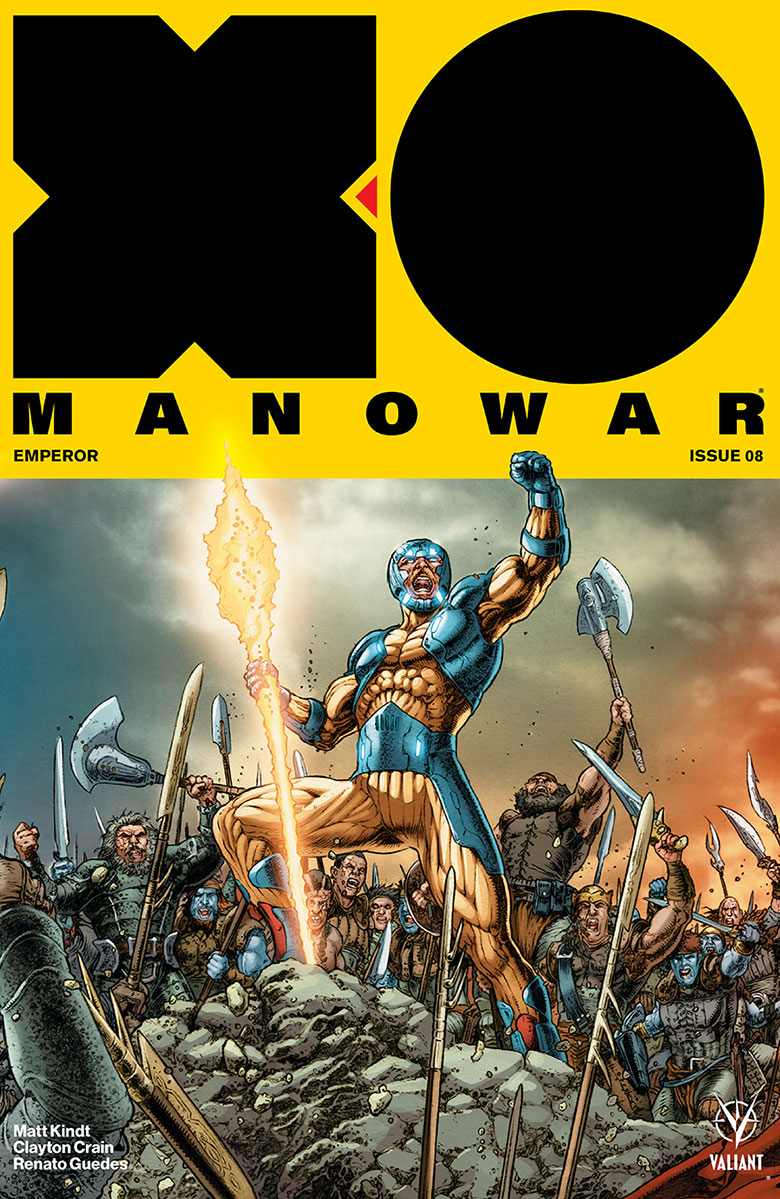