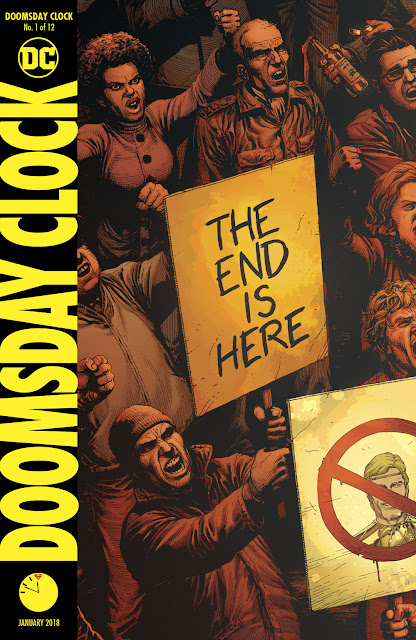 (W) Geoff Johns (A/CA) Gary Frank
DC Comics presents to you a 12-issue maxiseries from the critically acclaimed team of writer Geoff Johns, artist Gary Frank and colorist Brad Anderson. You are not prepared for what lies ahead within these pages, good readers. 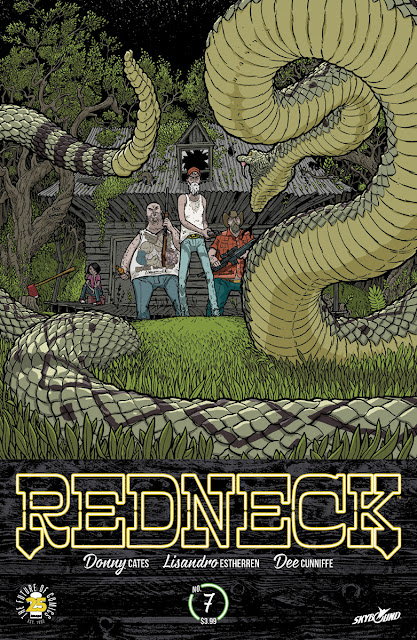 (W) Donny Cates (A) Lisandro Estherren (CA) Nick Pitarra
"THE EYES UPON YOU" kicks off with the Bowmans lying low from the law with a new member of the family in tow. But there are rules to being a vampire...and when the rules are broken, the family will surely suffer... 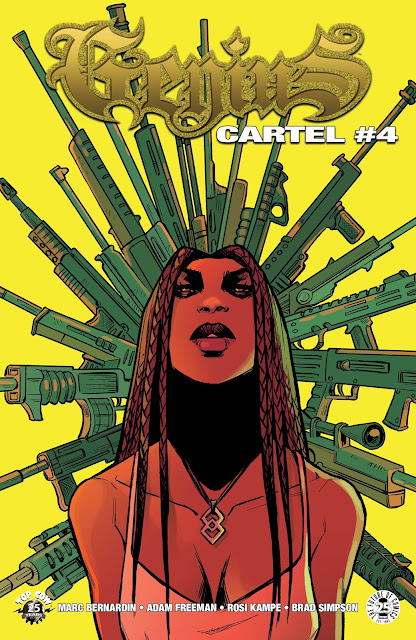 (W) Marc Bernardin, Adam Freeman (A/CA) Rosi Kampe
After reducing Angel Guerrero's drug operation to ashes-and surviving an attempt on her life by the very government that sent her to Mexico in the first place-Destiny is aiming her once-in-a-generation mind right at the Los Zetas cartel. But can she safeguard the fugitive women in her charge while fending off an army of enemy combatants hired to kill? Can she do what decades of American drug policy has failed to do: chop the head off the cartel snake? 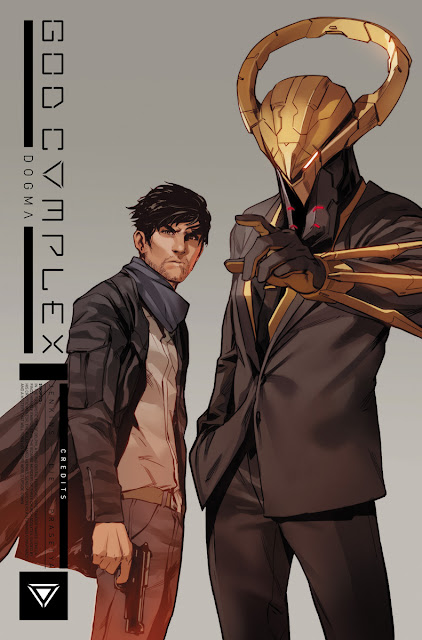 (W) Paul Jenkins, Bryan Lie (A/CA) Hendry Prasetya
As Seneca investigates an attack by the church on the digital alter-realm known as the Stream, his world is turned upside down by the emergence of the resistance-a group sworn to oppose the sinister Rulers and all they stand for. And when tragedy strikes, Seneca is forced to enter the wiretapped world of the Fates, who use predictive analytics to foresee his ultimate fate! 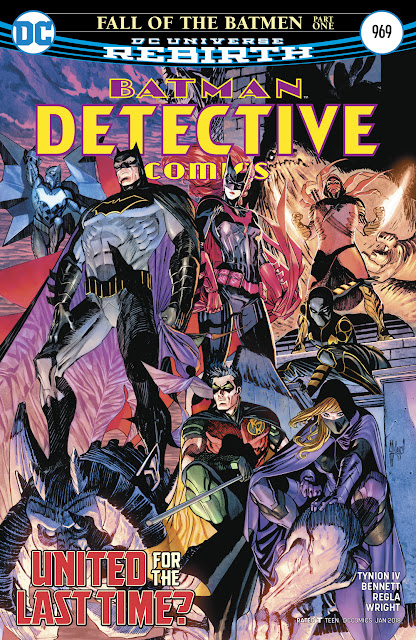 (W) James TynionIV (A) Alvaro Martinez, Raul Fernandez (CA) Eddy Barrows, Eber Ferreira
"FALL OF THE BATMEN" part one! Everyone in Batman's orbit is broken somehow-some more than others. For Clayface, keeping the pieces of his psyche together has been a years-long struggle...and it's a war he may be about to lose! And as the team tries to pull itself back together, their enemies have learned something from Batman's newfound spirit of cooperation...and have formed a cabal of their own! 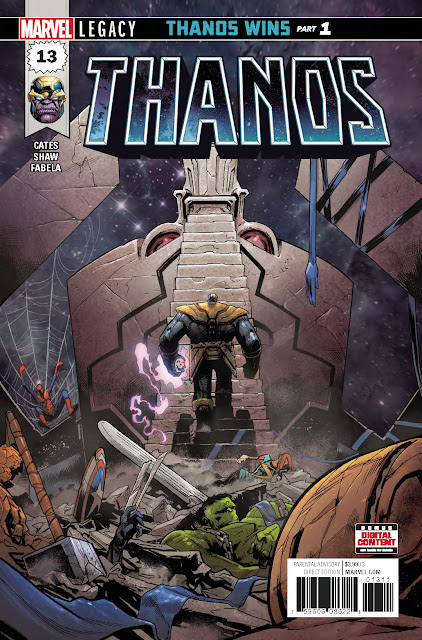 (W) Donny Cates (A/CA) Geoff Shaw
THANOS WINS Part 1
Ask the most powerful beings in the Marvel Universe how they fear the universe will end, and in their most honest moment, they will answer with two words... THANOS WINS. Now... see what happens when he does.PLUS: Includes 3 bonus MARVEL PRIMER PAGES!
Parental Advisory 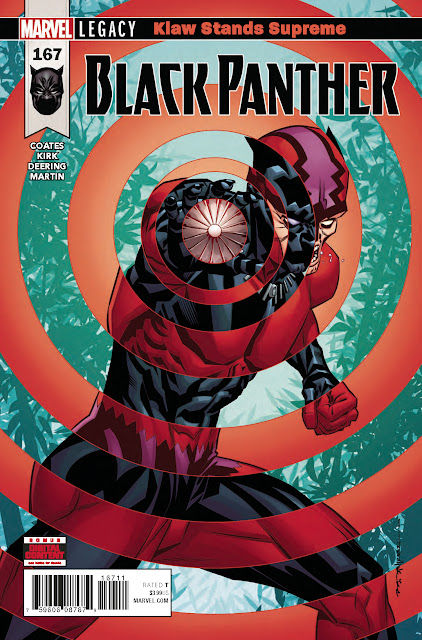 (W) Ta-Nehisi Coates (A) Leonard Kirk (CA) Brian Stelfreeze
KLAW STANDS SUPREME Part 2
•  The Black Panther's greatest enemy springs his trap! And with T'Challa off fighting the former gods of Wakanda, who will come to Ayo and Aneka's aid?
•  And this is only the beginning. A cadre of villains returns as Wakanda comes to its knees!
Rated T 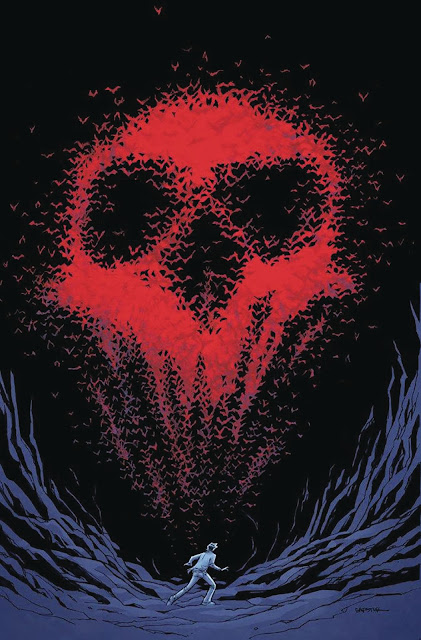 (W) Marguerite Bennett (A/CA) Eric Gapstur
NEW SERIES! Violence breaks out in the City by the Sea as the Animals struggle to fend off predators from both outside the city... and inside! From the brilliant mind of creator/writer Marguerite Bennett (INSEXTS, Bombshells and Batwoman) with artwork by SHIPWRECK's Eric Gapstur-ANIMOSITY: EVOLUTION is an exciting new series that expands upon this already amazing world! 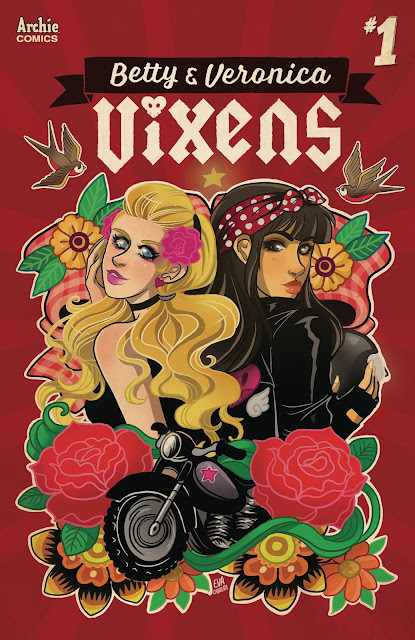 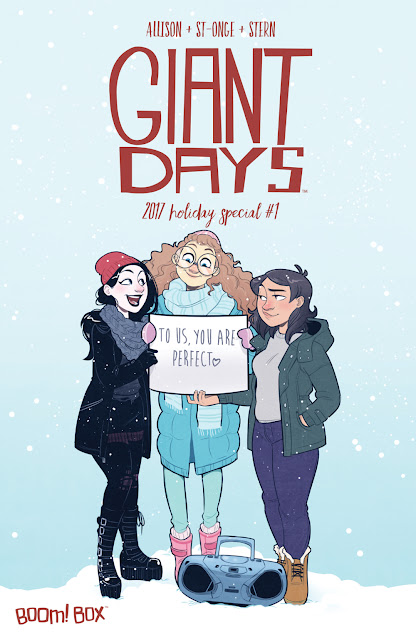 (W) John Allison (A/CA) Jenn St-Onge
Join Esther, Susan and Daisy as the spend Christmas in a very "Love Actually" London in this tribute to the films of Richard Curtis. 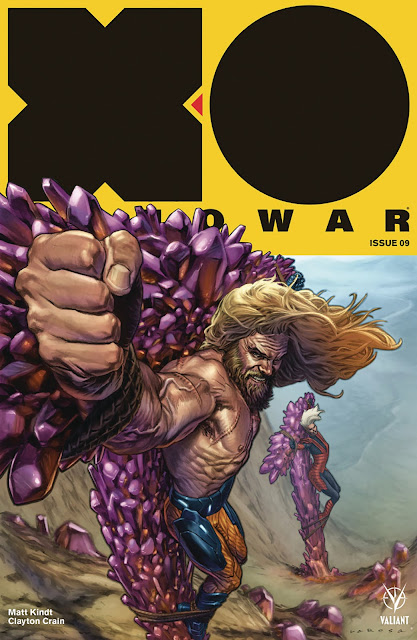 (W) Matt Kindt (A) Clayton Crain (CA) Lewis LaRosa
Hail to the emperor!
With his throne attained and his enemies defeated, Aric of Dacia is not only the undisputed emperor of the war-shattered world of Gorin... He is one of the most feared warlords in the known galaxy! But as this former hero of Earth grows more confident with each brutal campaign, he'll soon discover that his greatest enemy is...himself. Can Aric and the ultra-powerful X-O Manowar armor that he wields peacefully sustain such unyielding amounts of power...or will the thirst for war inside him consume everything he's fought for?
New York Times best-selling writer Matt Kindt (ETERNITY, Dept. H), and superstar artist Clayton Crain (4001 A.D.) crown the final chapter of "EMPEROR" here as Valiant's chart-topping interstellar opus challenges the cosmos itself! 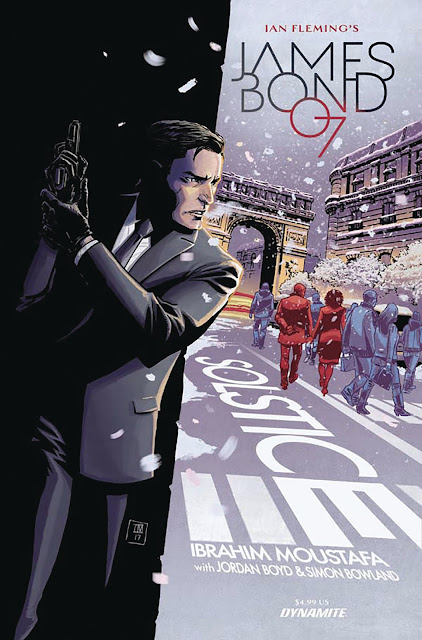 (W) Ibrahim Moustafa (A/CA) Ibrahim Moustafa
007 accepts an unofficial mission. He travels to Paris, in pursuit of a Russian. But is Bond the hunter, or the hunted? A stunning thirty-page tale by superstar writer/artist IBRAHIM MOUSTAFA (Savage Things, Mockingbird, Jaeger) 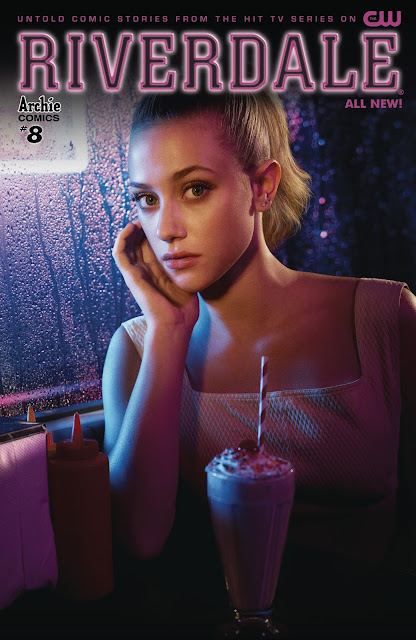 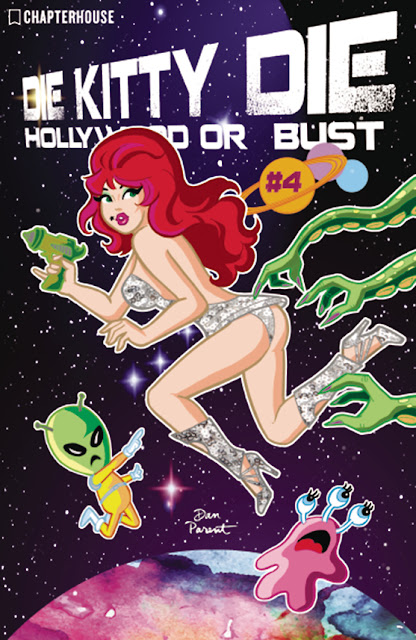 (W) Fernando Ruiz, Dan Parent (A) Fernando Ruiz (A/CA) Dan Parent
Follow the continuing journey of Kitty from fan favorites the world over, Dan Parent and Fernando Ruiz! With Kitty out of the picture, the movie of her life goes on...and it's a disaster pic, in more ways than one!  What went on while she was away? A lot, it seems! She was trapped in a boob tube world due toher evil cousin, Katty! Now, she's back, and it's damage control time! We finally find out who has been trying to kill her.... and it's not pretty!