All-Ages Monster Hunters Return in GHOUL SCOUTS: I WAS A TWEENAGE WEREWOLF!

2016 introduced comic fans to the all-ages adventures of Action Lab’s GHOUL SCOUTS. The fan-favorite series pitted the misfit scouts against a zombie outbreak in their hometown of Full Moon Hollow. The kids return in March 2018 as a new menace threatens them in I WAS A TWEENAGE WEREWOLF!! 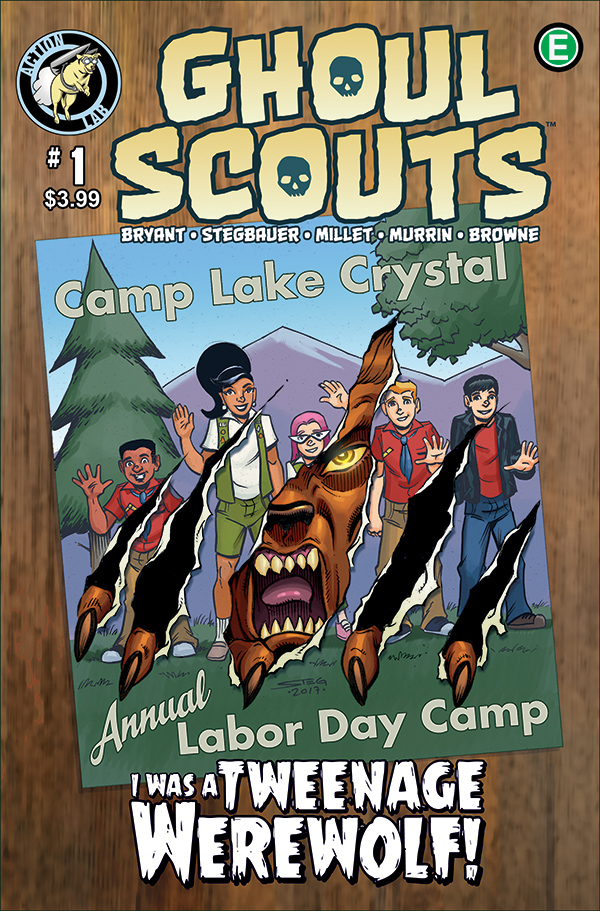 “In the first series, it was all about bringing the kids together to save the town,” said writer/co-creator Steve Bryant. “In series two, about three months have passed since we last saw the team. They’ve been training together since then, and have bonded in the process. It’s a slightly different dynamic, and a ton of fun.”

GHOUL SCOUTS, a coming of age adventure in the spirit of The Goonies or Monster Squad, follows five middle-school scouts who live in the self-proclaimed “Paranormal Capital of the World” as they uncover the secrets of their hometown.

The entire creative team returns as Bryant is reunited with artist/co-creator Mark Stegbauer, color team Jason Millet and Drew Browne, and editor Chris Murrin. “The whole team has leveled up since our first series, and I can’t wait to share it with readers!” enthused Bryant.

The first issue of this four-part volume will be available on March 7th, 2018. Pre-order it with the Diamond item code JAN181094. 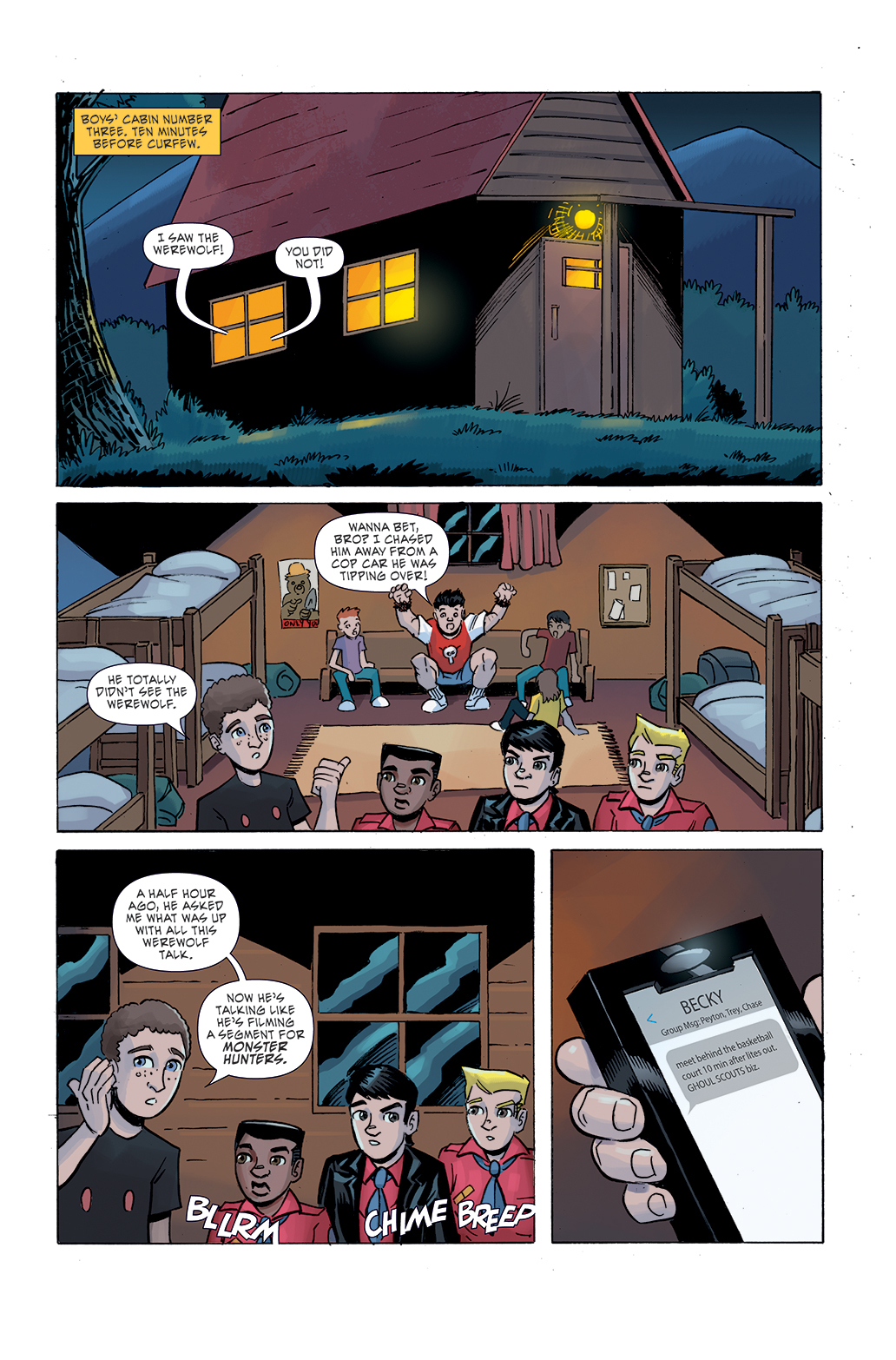 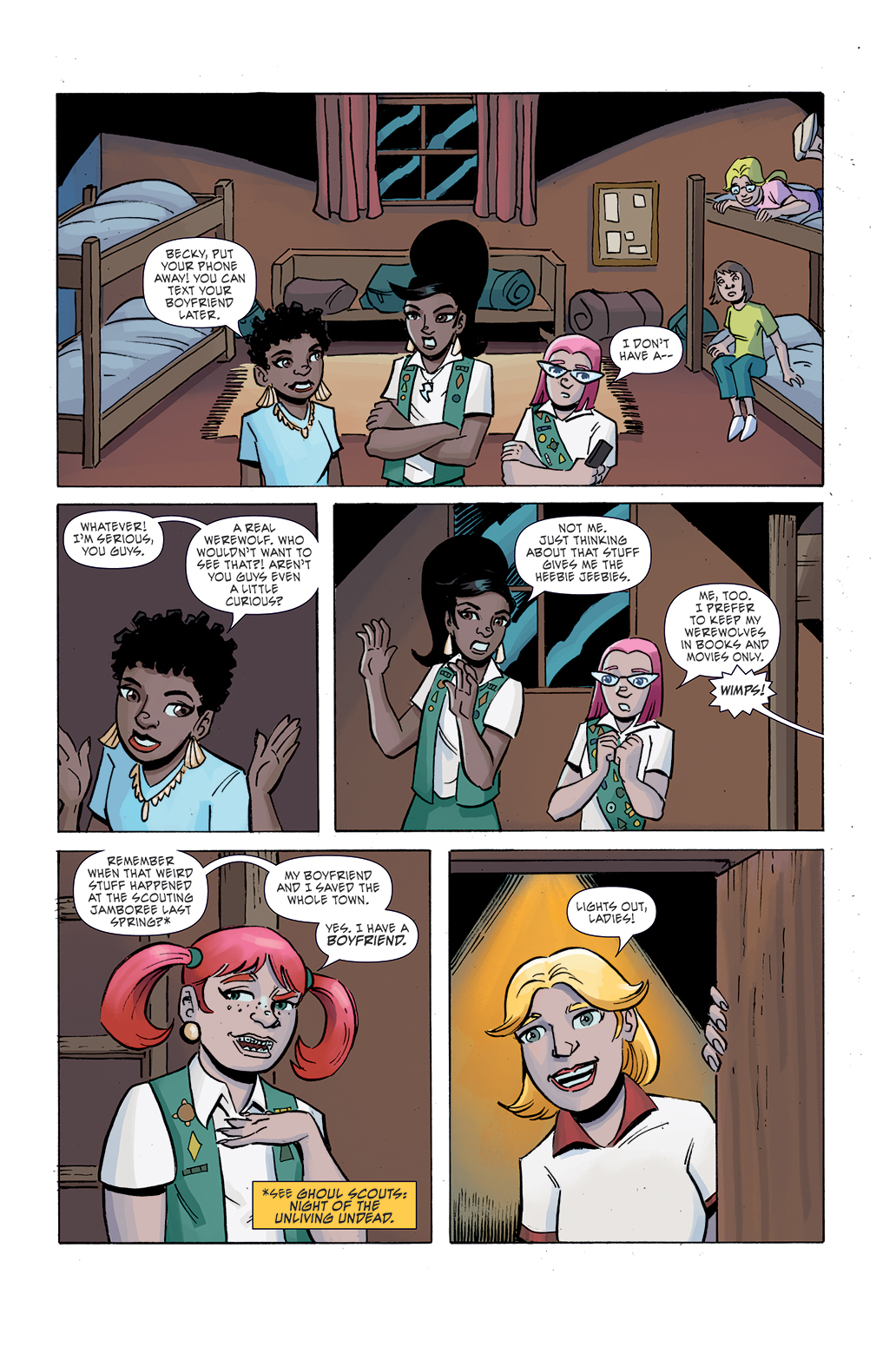 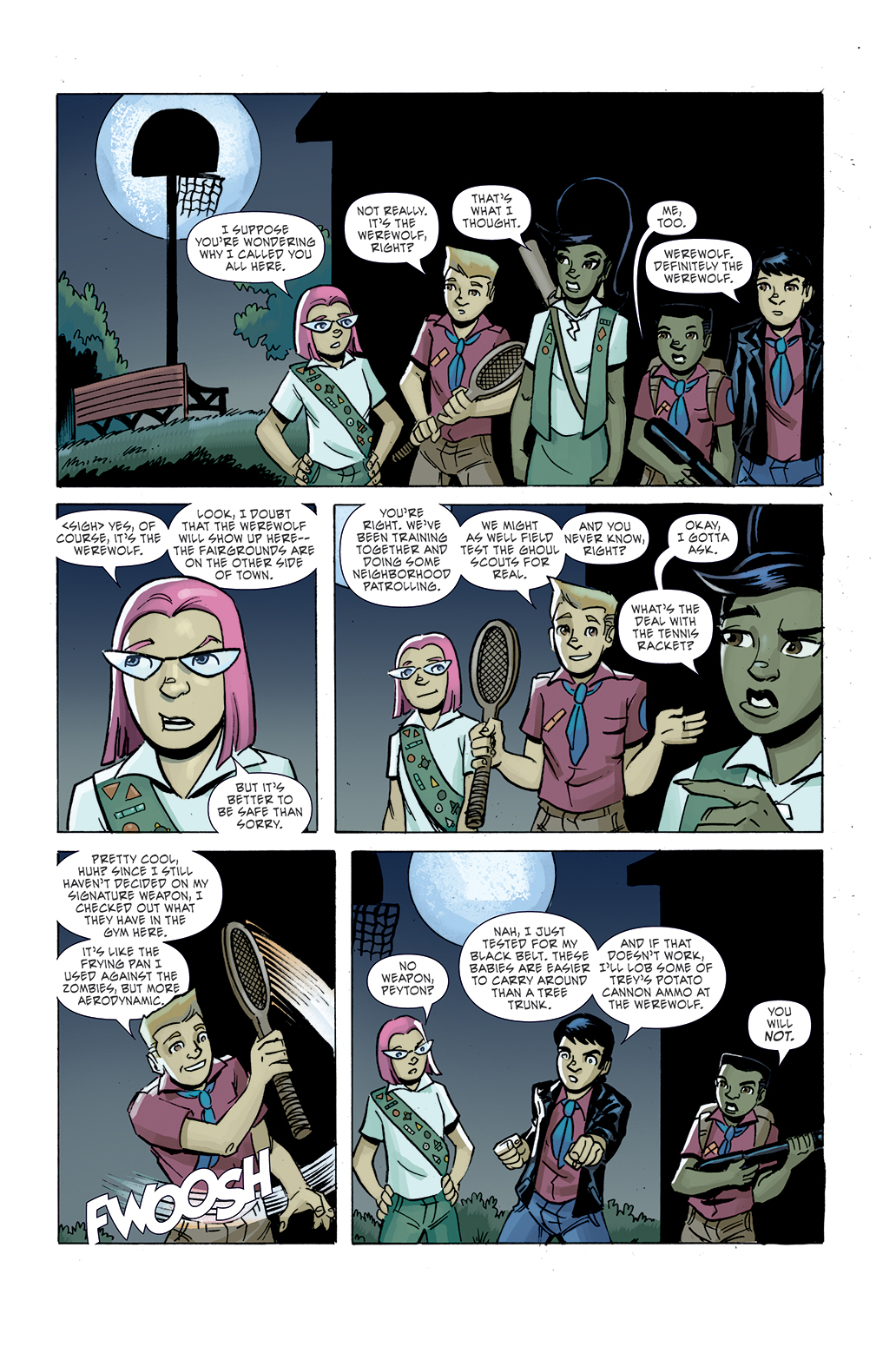 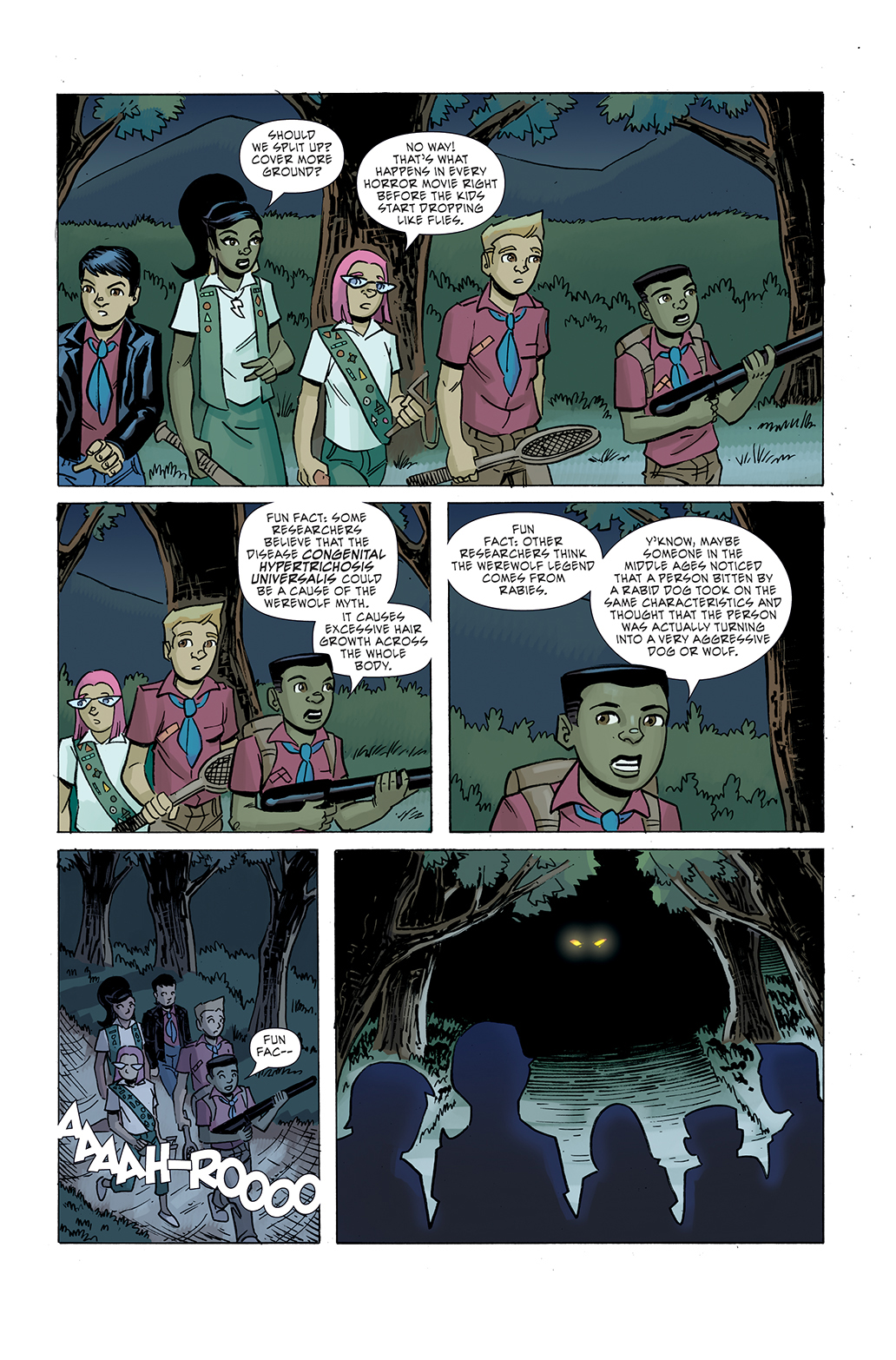 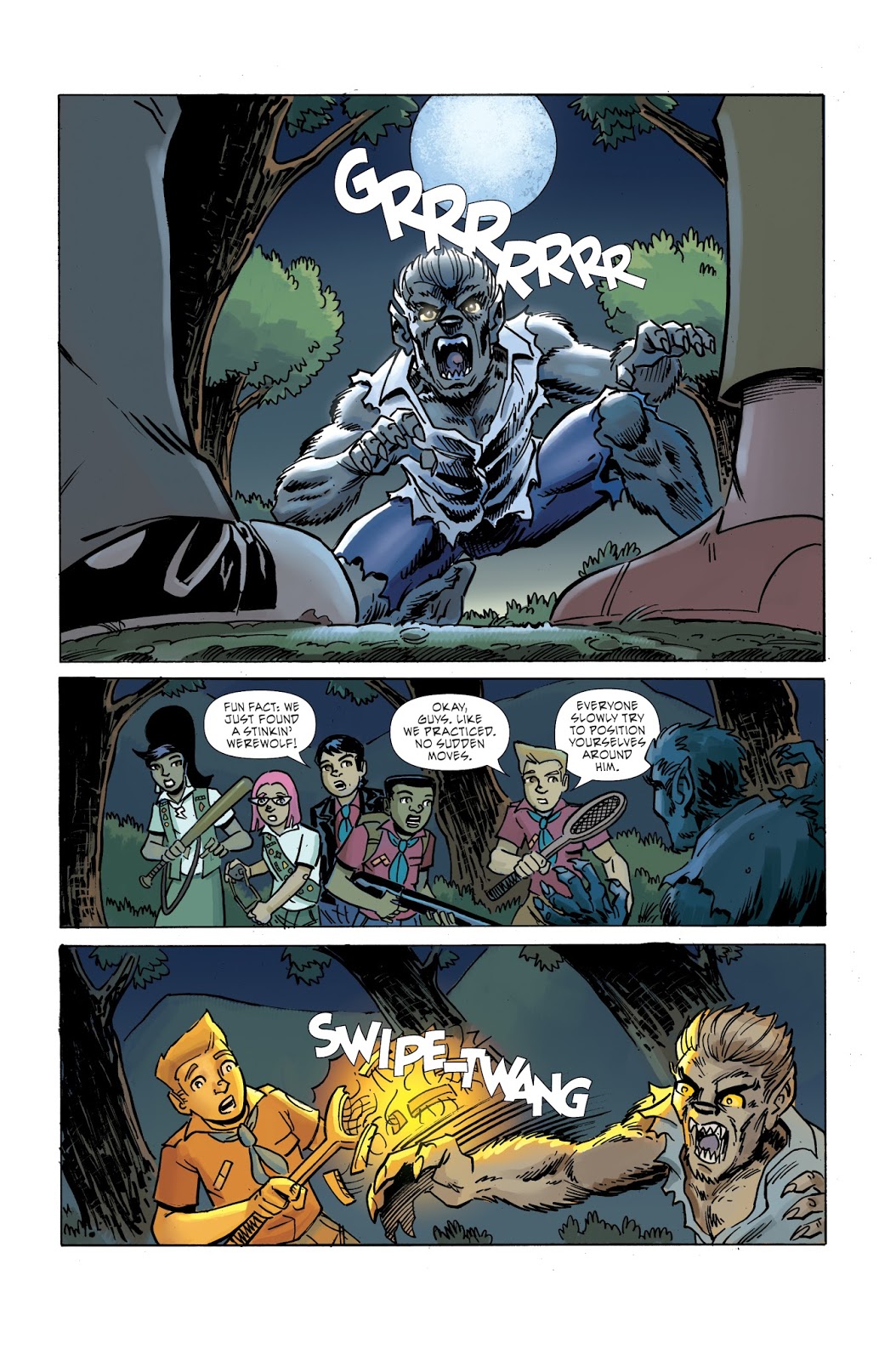 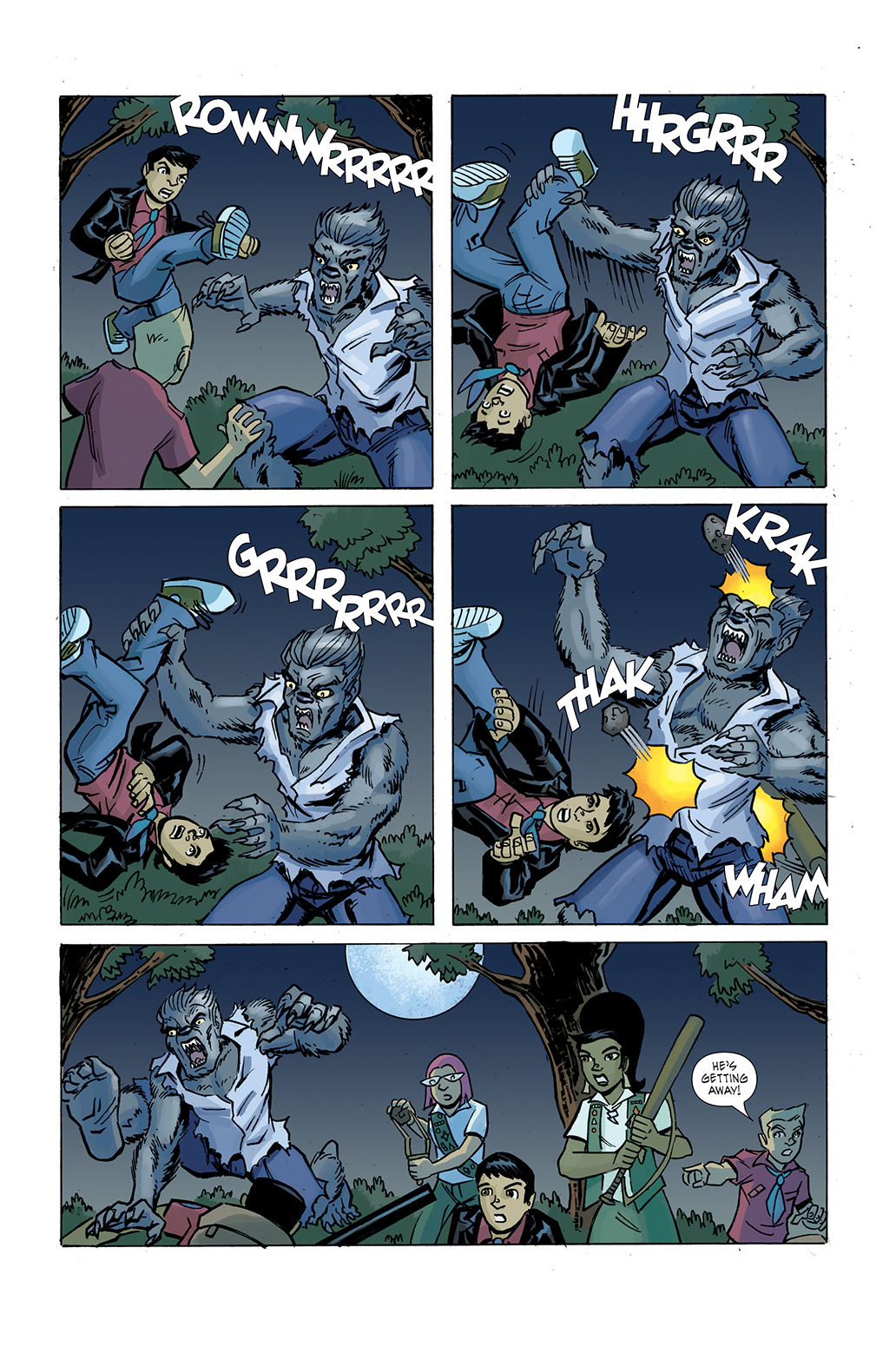