Superstar creators Gail Simone (Red Sonja, Secret Six) and Cat Staggs (Wonder Woman ‘77, Smallville Season 11) will release CROSSWIND, VOL. 1 from Image Comics this February. CROSSWIND is in development for a television series, with Simone slated to write as well as executively produce and Staggs to serve as a consulting producer. 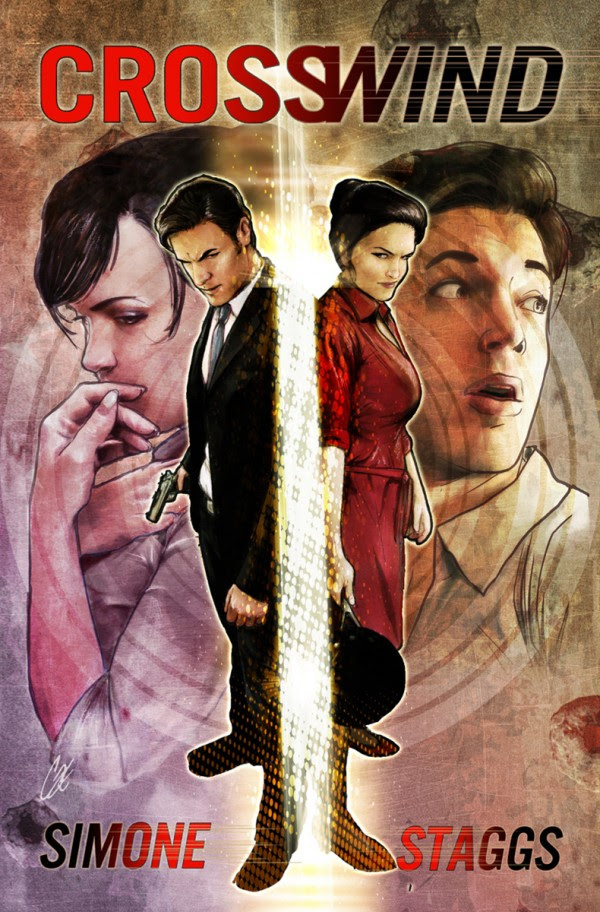 A slick and ruthless Chicago hitman. A smart but downtrodden Seattle housewife. When an inexplicable event strikes these two random strangers, their bodies, souls, and lives are switched—to potentially deadly effect.

“CROSSWIND is a dream project for co-creator/artist Cat Staggs and me: a crime fantasy with guts and heart and a downright mean streak at times,” said Simone. “It’s a venomous confection, two people whose lives are switched and they have no idea why. We loved every minute of making this book and hope you’ll love it, too, bodily injury and all.”

“If you ever wondered what it was like to walk in someone else's shoes, CROSSWIND might make you think twice about that,” said Staggs. “Gail and I have worked to create a grounded and sometimes brutal fantasy that you won't be able to put down. Buckle up and enjoy the ride.”

'Crosswind' is off to a rip-roaring start. It's taken what you'd expect from a swapping bodies plot and mucked it up in a violent vengeful way. Simone and Staggs have in essence punched out from their corporate jobs and entered an underground fight club, dipped their wrapped fists in broken glass ready to deliver a knock-out punch to the throat. 'Crosswind' is a definite knock-out. I can't wait to see what happens next. - Enrique Rea, Spartantown.net

CROSSWIND, VOL. 1 will be available in bookstores Tuesday, March 5th. It can be pre-ordered via Amazon, Barnes & Noble, Indiebound, and Indigo.