As if dealing with Reign (Odette Annable) wasn't hard enough, Supergirl (Melissa Benoist) will have to contend with another Worldkiller as recently revealed. 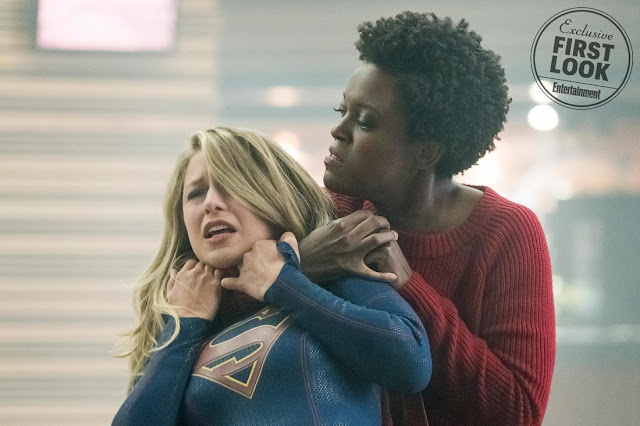 “This an exciting episode where we see Supergirl face off with the second Worldkiller, Purity, played brilliantly by Krys Marshall,” Supergirl showrunners Jessica Queller and Robert Rovner told Entertainment Weekly (also providing an exclusive first image above). “Purity is not what anyone expects and their showdown is full of surprises.”

As Julia, Purity will make her debut on Monday's episode but her big confrontation against Supergirl will be saved for the February 5 episode. That battle promises to help teach Supergirl how to defeat Reign. The show will go on hiatus leaving the timeslot open for Legends of Tomorrow until its return on April 16.

Supergirl airs Mondays at 8 p.m. on The CW.