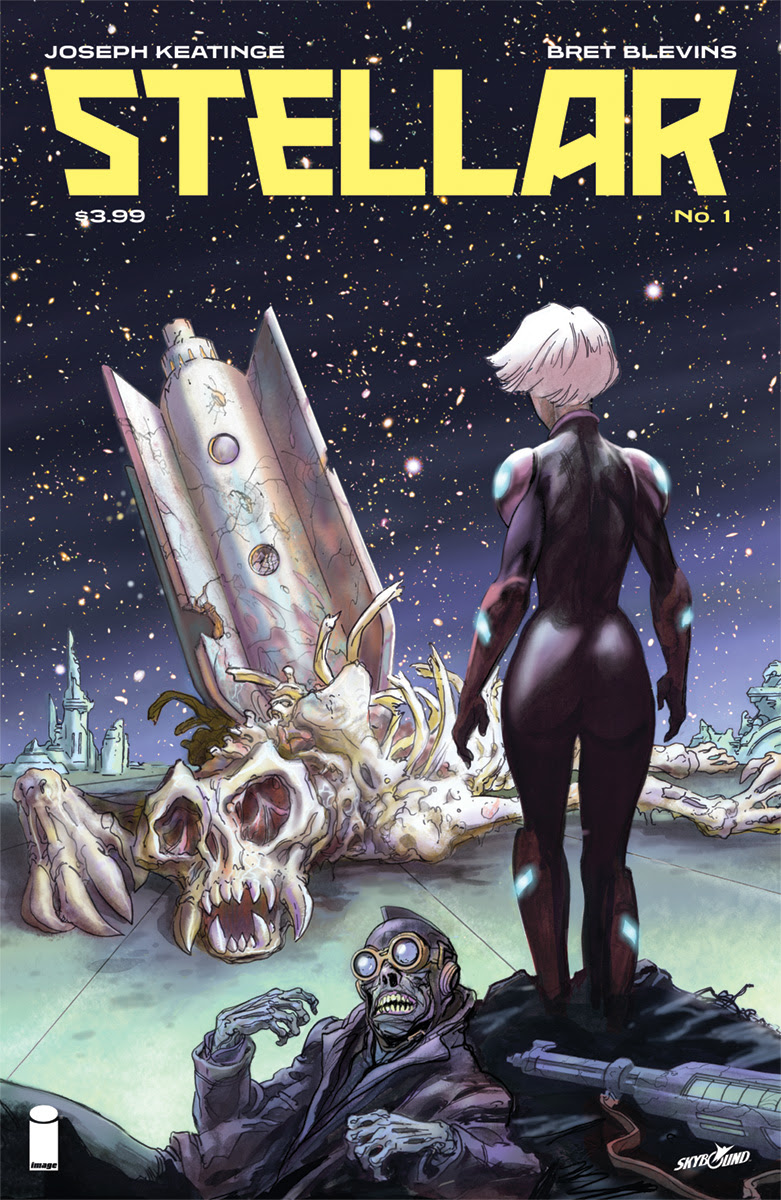 Stellar was taken as a child and transformed into the ultimate weapon, one that would end an intergalactic war. She succeeded…at everything except finding peace. Now, she’s reduced to bounty hunting, scouring the worlds she’s broken in search of redemption.

But there are other weapons loose in the galaxy, and it seems they just can’t leave the war behind them.

“STELLAR is a capstone to everything I've written before, in a lot of ways,” said Keatinge. “It's a sci-fi book reflecting on sins’ past effect on the future, and overcoming them to go in a new direction. Robert bringing on Bret Blevins is an absolute dream come true, as his work has been a huge inspiration, ever since his work on Sleepwalker. That said, there's nothing like this in his entire oeuvre, and I'm hoping it's the first of many collaborations together.”

This June, STELLAR will transport you to another dimension—one filled with crashed spaceships, fast-talking aliens, and ageless wonders.

“STELLAR is a science fiction drama with lots of spectacular action, grit, and a great deal of heart—the perfect combination!” said Blevins. “It’s also an invigorating career turning point for me, because Skybound has afforded me the opportunity and the time to create the very best work I’ve ever done in comics. Robert Kirkman’s concept and Joseph Keatinge’s rich and subtle script have made for a joyous collaboration and inspired me to reach beyond what I thought I could do and surprise myself, and I hope, the readers. I’ve never worked harder on a comic book, and I’ve never been more excited for a project to reach the audience.”