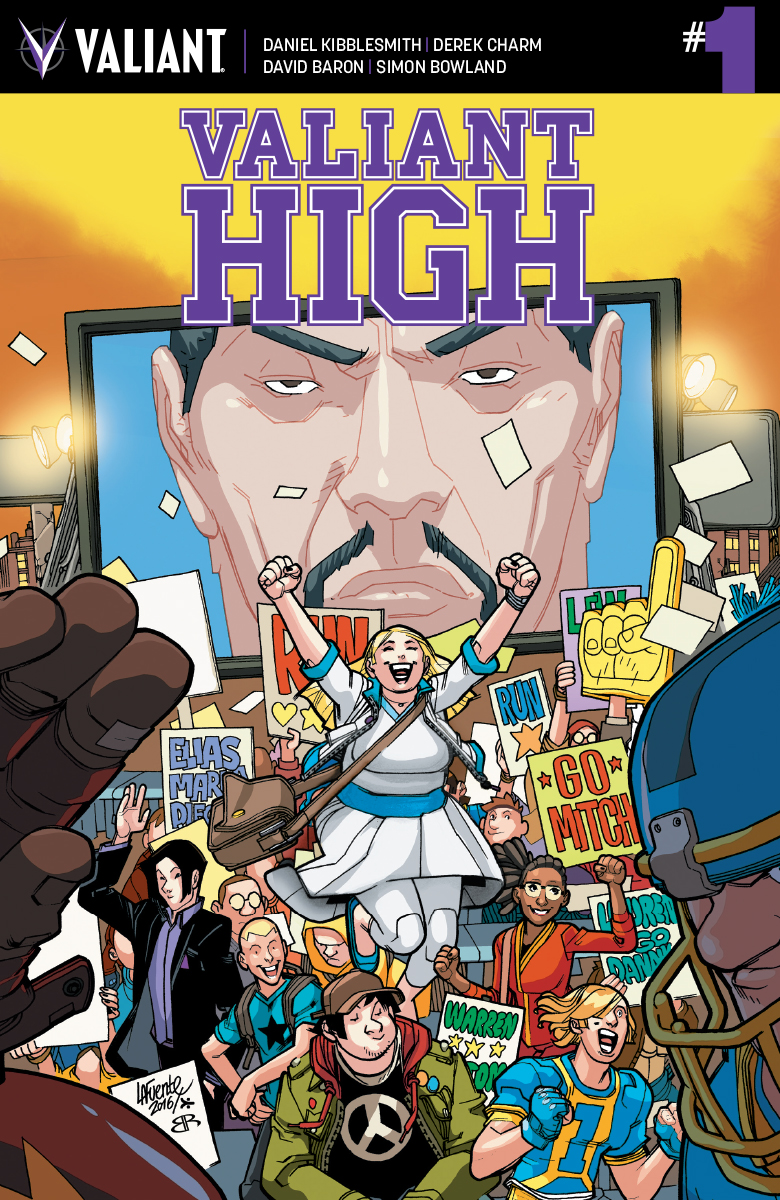 On May 30th, get ready for your first day of school inside a hilarious reimagining of Valiant's award-winning superhero universe – one where the next world-ending cataclysm will have to wait until after prom night!

Before they became legends, the world's most formidable heroes were roaming the halls at Valiant High – a super-powered preparatory academy where Aric "X-O Manowar" Dacia is a record-setting running back, Colin "Ninjak" King is a debonair foreign exchange student, and Coach Bloodshot is way, way too into dodgeball. Now, Amanda "Livewire" McKee and her best friend, Faith "Zephyr" Herbert, are taking it all in for the first time at the one high school where power trumps popularity!

You've never seen the heroes of the Valiant Universe quite like this before! In the tradition of Archie and DC Super Hero Girls, this side-splitting adventure takes place outside of Valiant's standard continuity…and comes packed with all-new incarnations of virtually every Valiant hero and villain!

These extraordinary students have pep, popularity, and untapped potential... Now, get your own spot in the freshman class that launched a thousand legends when all-star creators Daniel Kibblesmith and Derek Charm come crashing into comic shops on May 30th for VALIANT HIGH #1 (of 4) – featuring covers by David Lafuente (Ultimate Spider-Man, New Mutants) and Sina Grace (Iceman, Lil' Depressed Boy)! 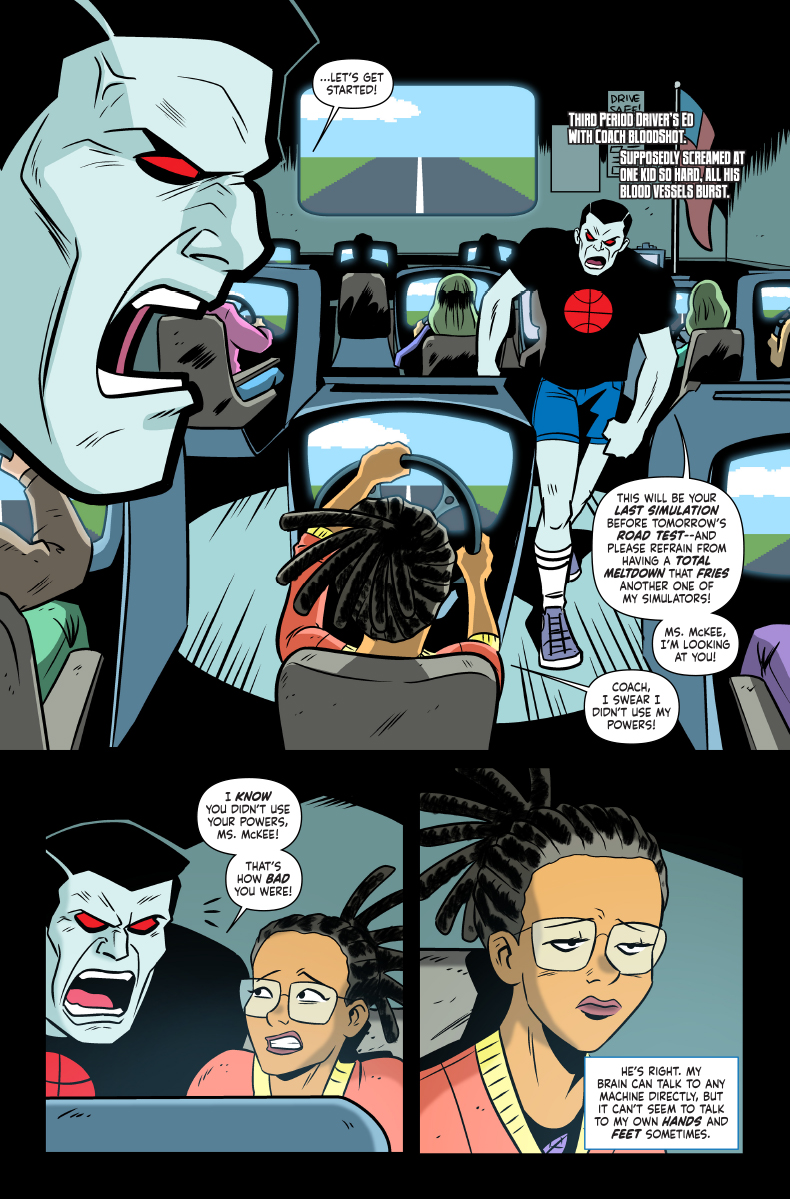 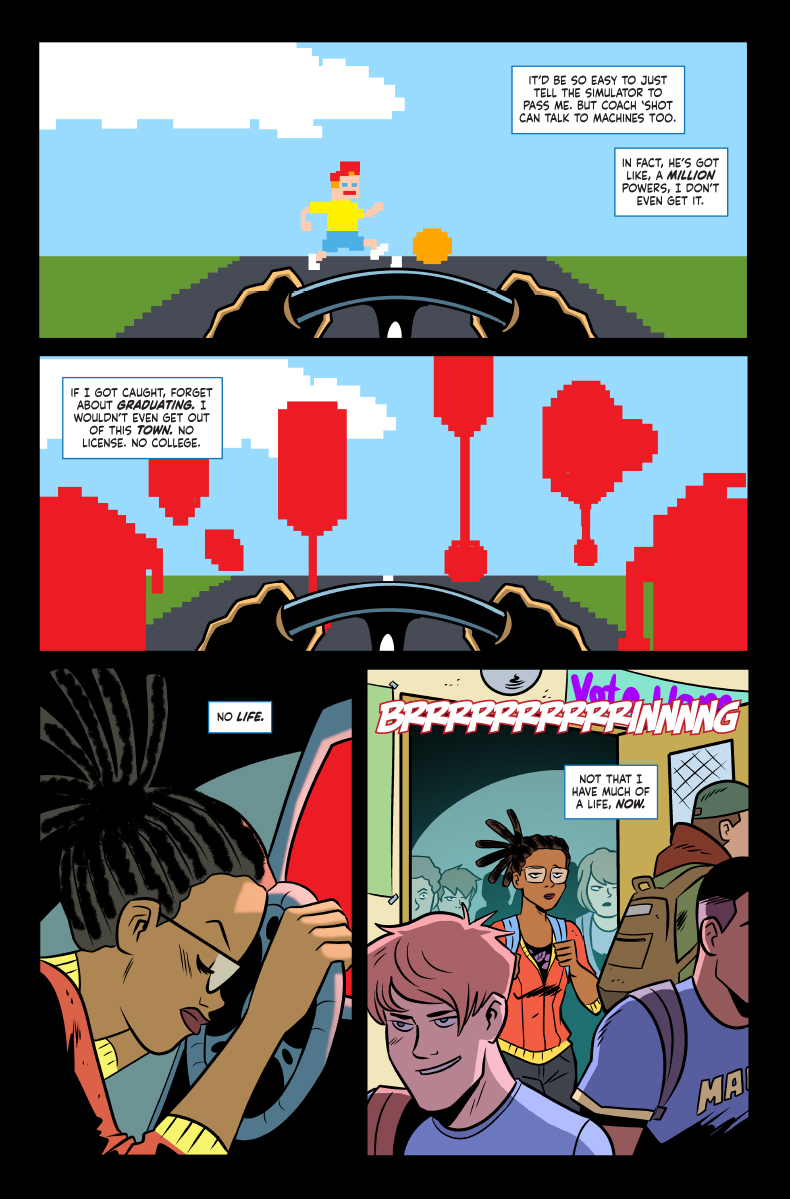 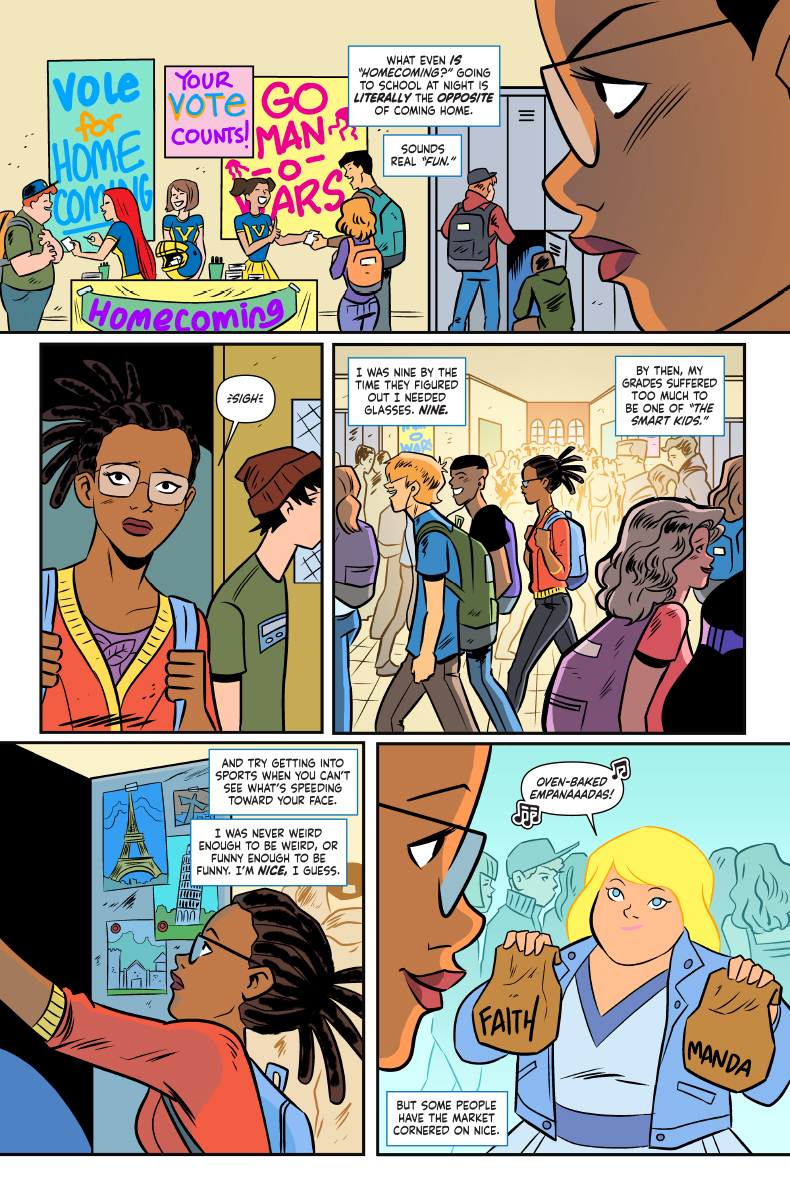 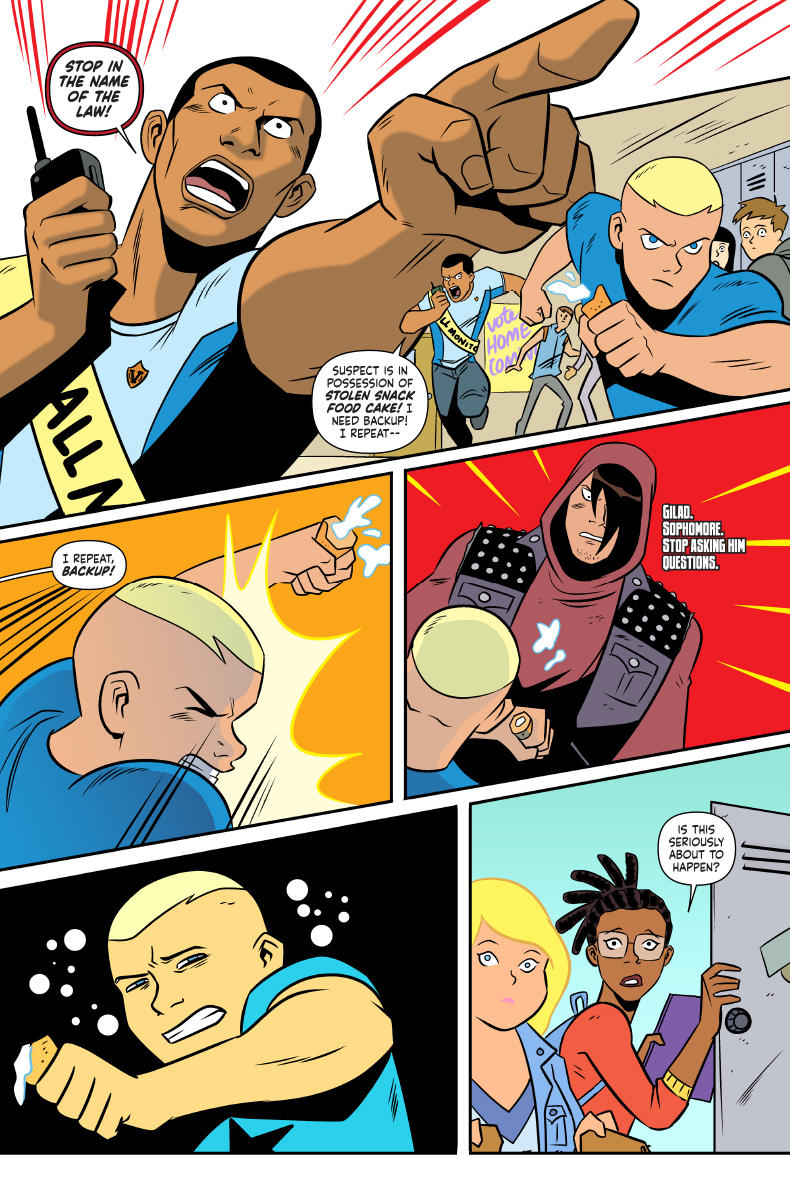 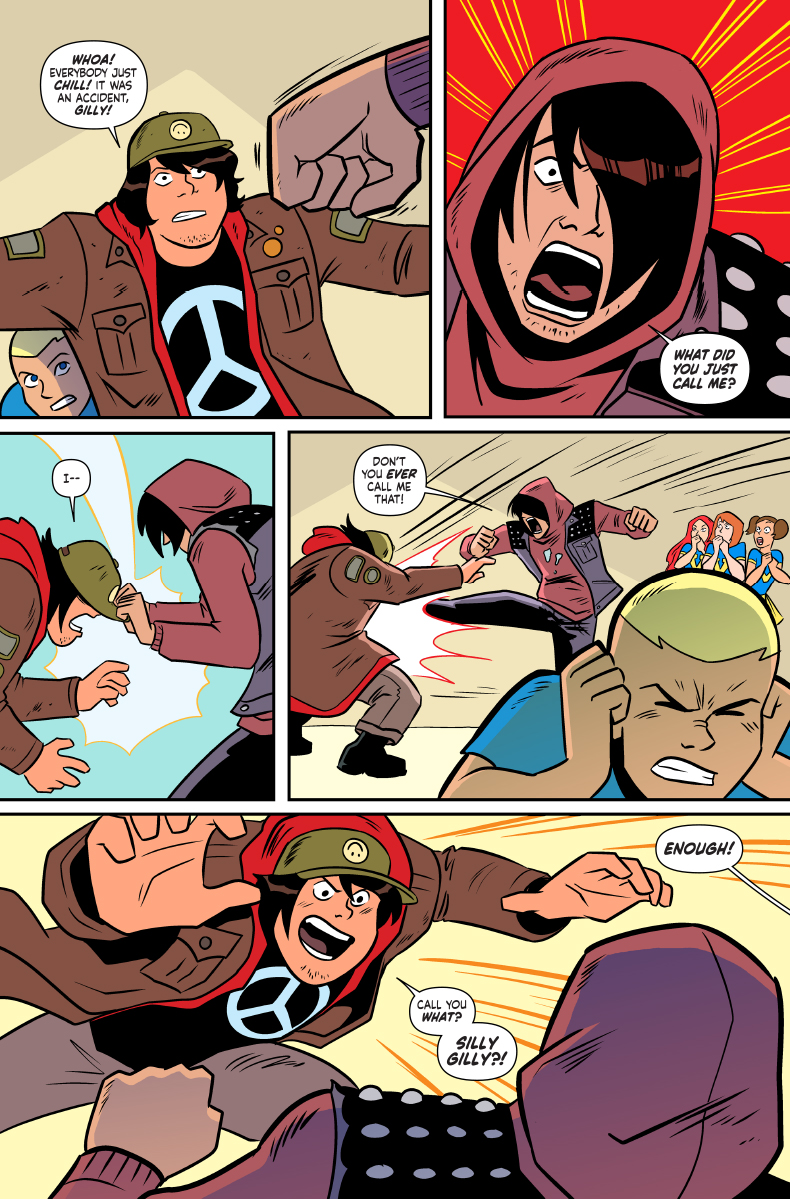 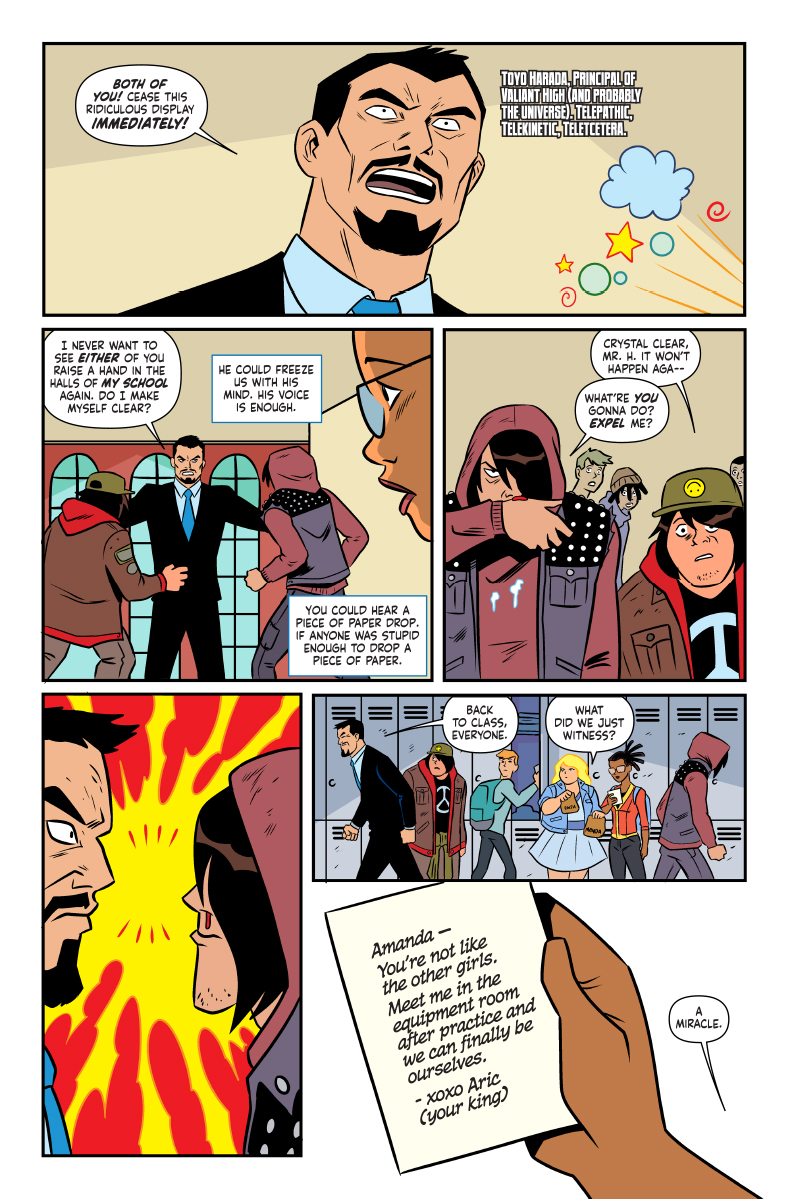 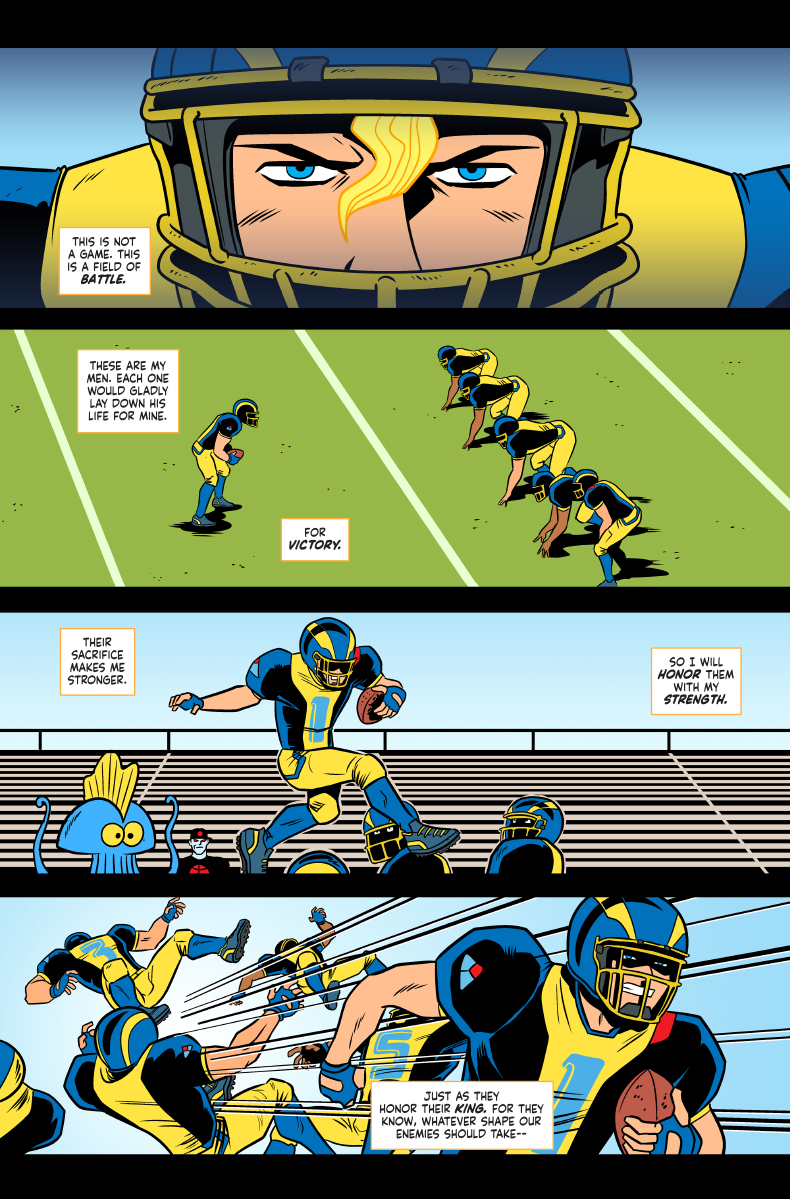 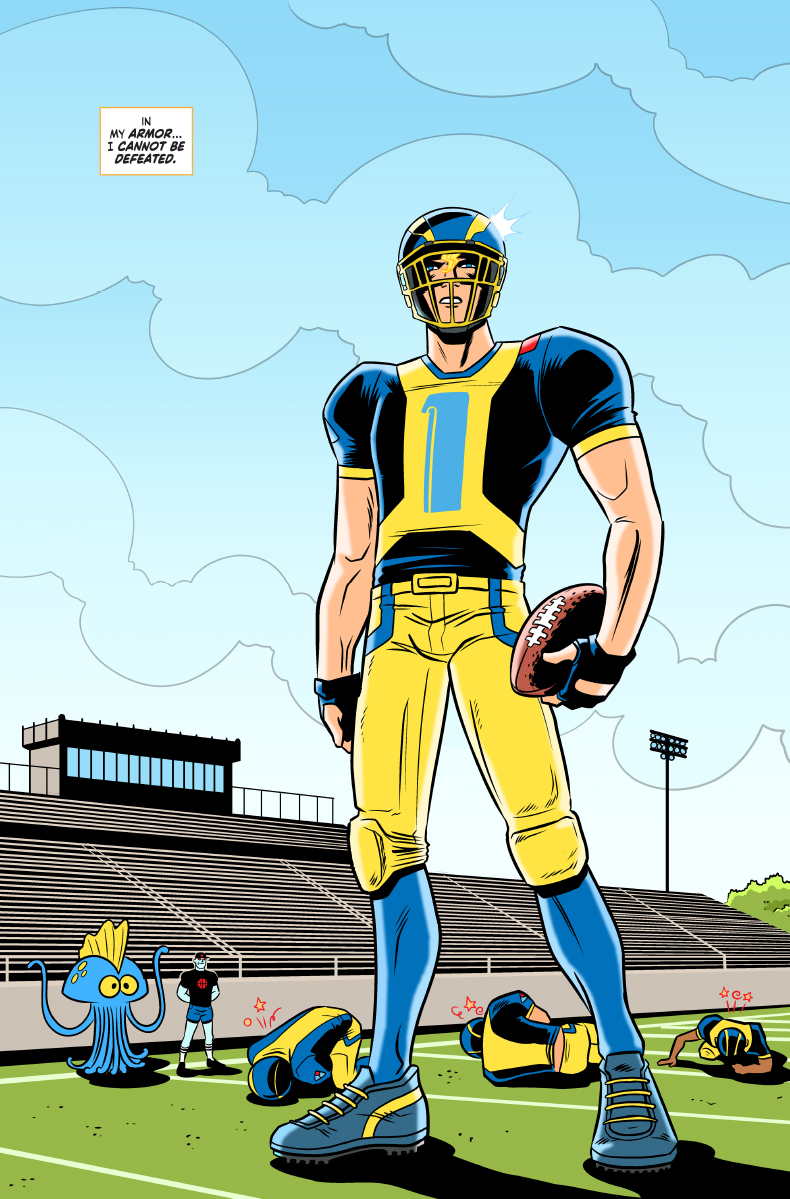 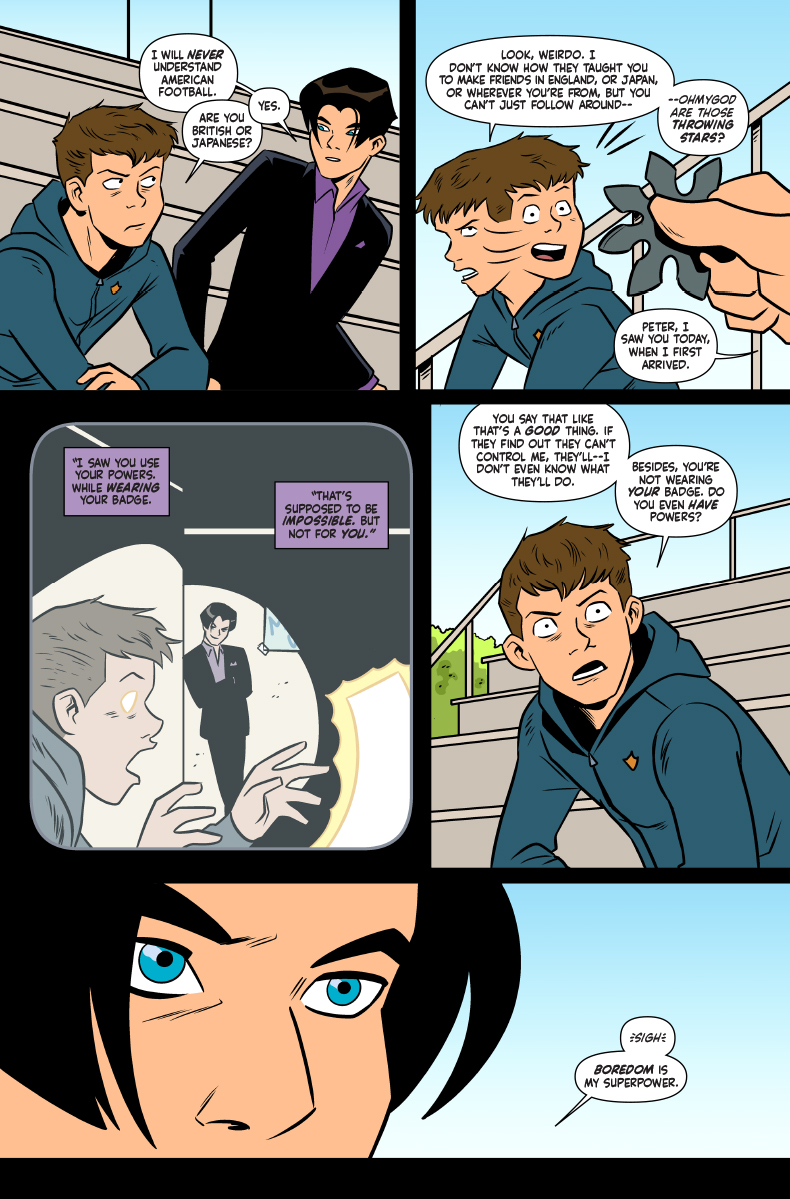 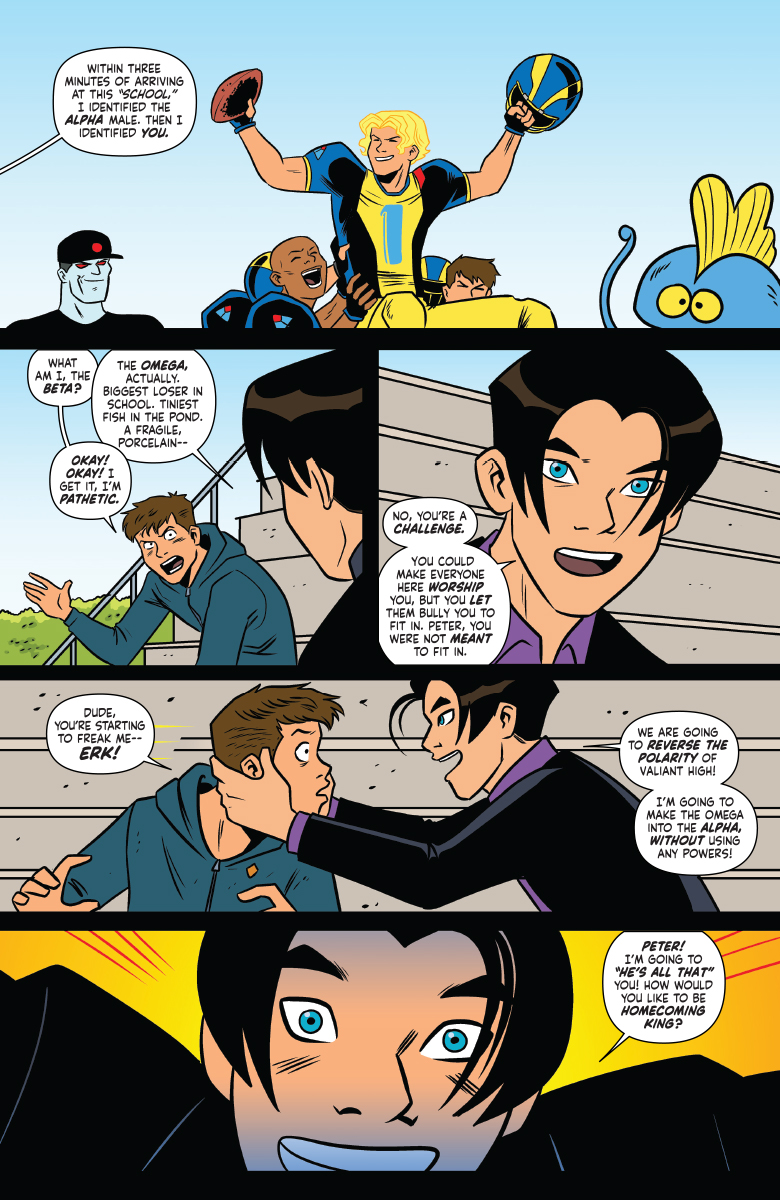 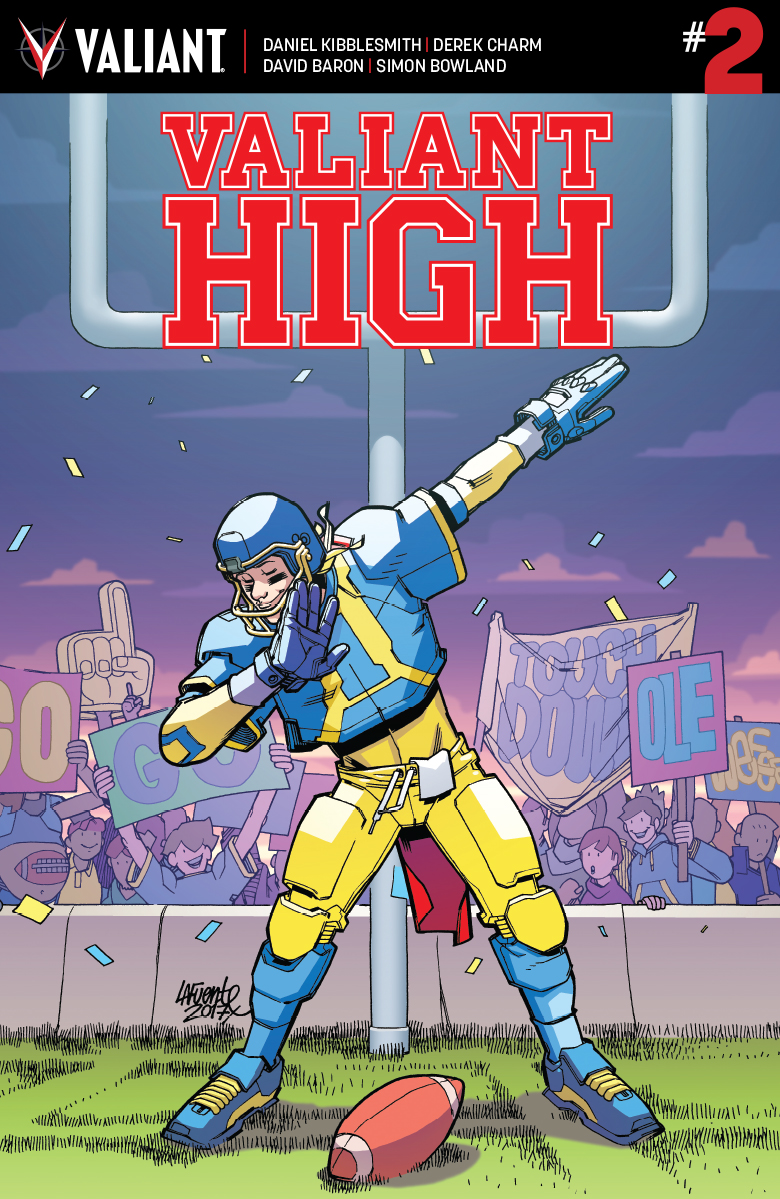 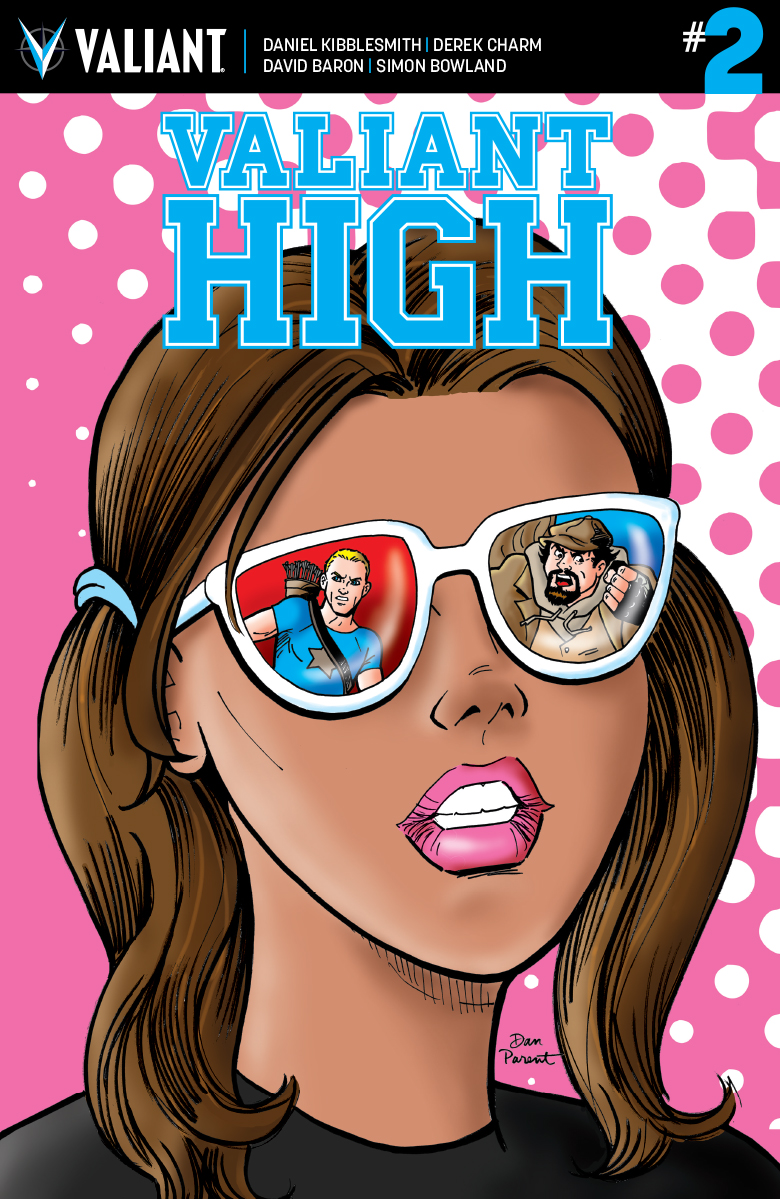