The sequel to BRIGANDS, RUIN OF THIEVES is a grimdark Sword and Sorcery story with a heist movie plot as our heroes must survive cross and double cross and their own reputations to come out on top. 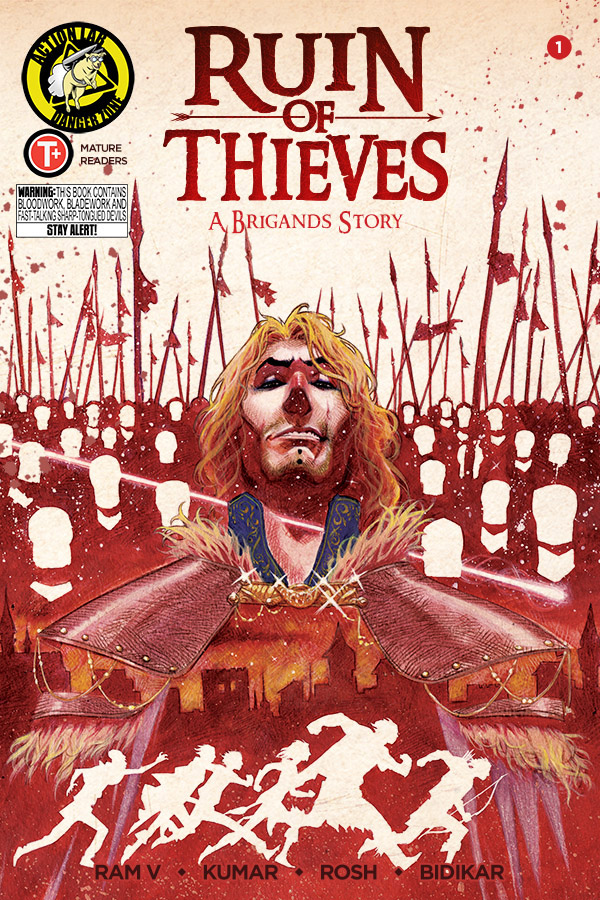 "The book will read and look unlike anything else on the shelves. I've established a certain style and sensibility with my work in comics so far, but Sumit's art  and Rosh's colours are international debuts that people will not want to miss. Fans of the genre will love the story and absolutely everyone will want to get on board to see Sumit’s work!

I want readers to remember not only the kind of fantasy/adventure stories that were around when the genre was at its peak, but also relate to the characters who are written with a hint of modernity. It’s an action-packed adventure full of cut-throats and dark bargains. At the end of you’ll be left surprisingly touched by the characters you’ve met along the way.

I grew up on these kinds of stories. Thieves and scoundrels and ne’er-do-wells coming together to overcome impossible odds and show that they’re human beings underneath. And when I read books today, often I find myself seeking out an old school grimdark fantasy book when I want a comforting read. BRIGANDS and RUIN OF THIEVES come from that childhood place spent in the pages of dusty tomes, fantasizing about magic swords and devilish heroes." - Ram V

Writer Rob Williams (SUICIDE SQUAD, UNFOLLOW) calls BRIGANDS, "Sword and sorcery with a refreshingly grounded eye from two of the most promising new creators on the comics scene. Ruin of Thieves carries you along with its confidence."

The first issue will be in a comic book store near you on May 30, 2018. You can preorder one or all three of the available covers with the following Diamond item codes: 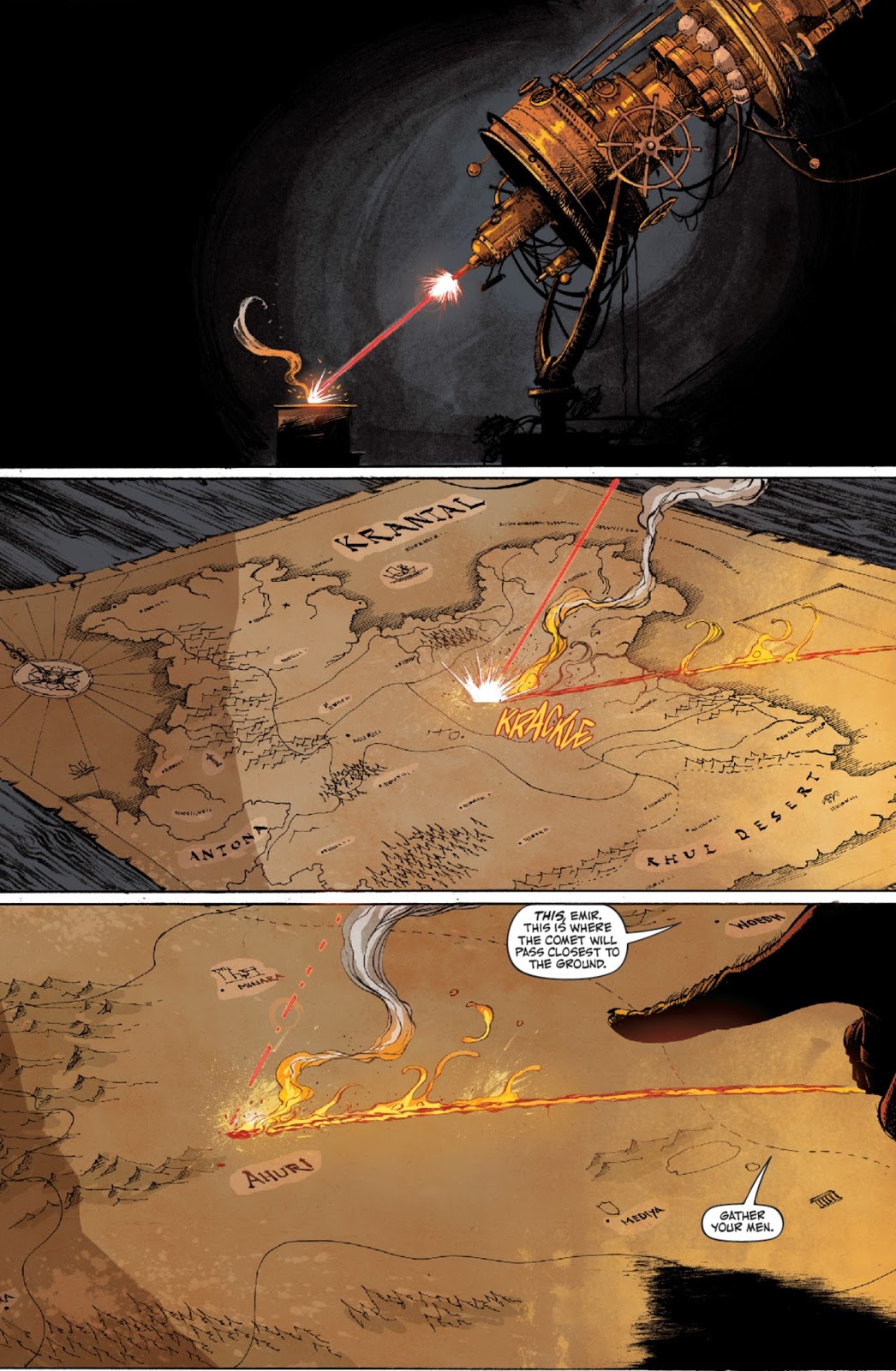 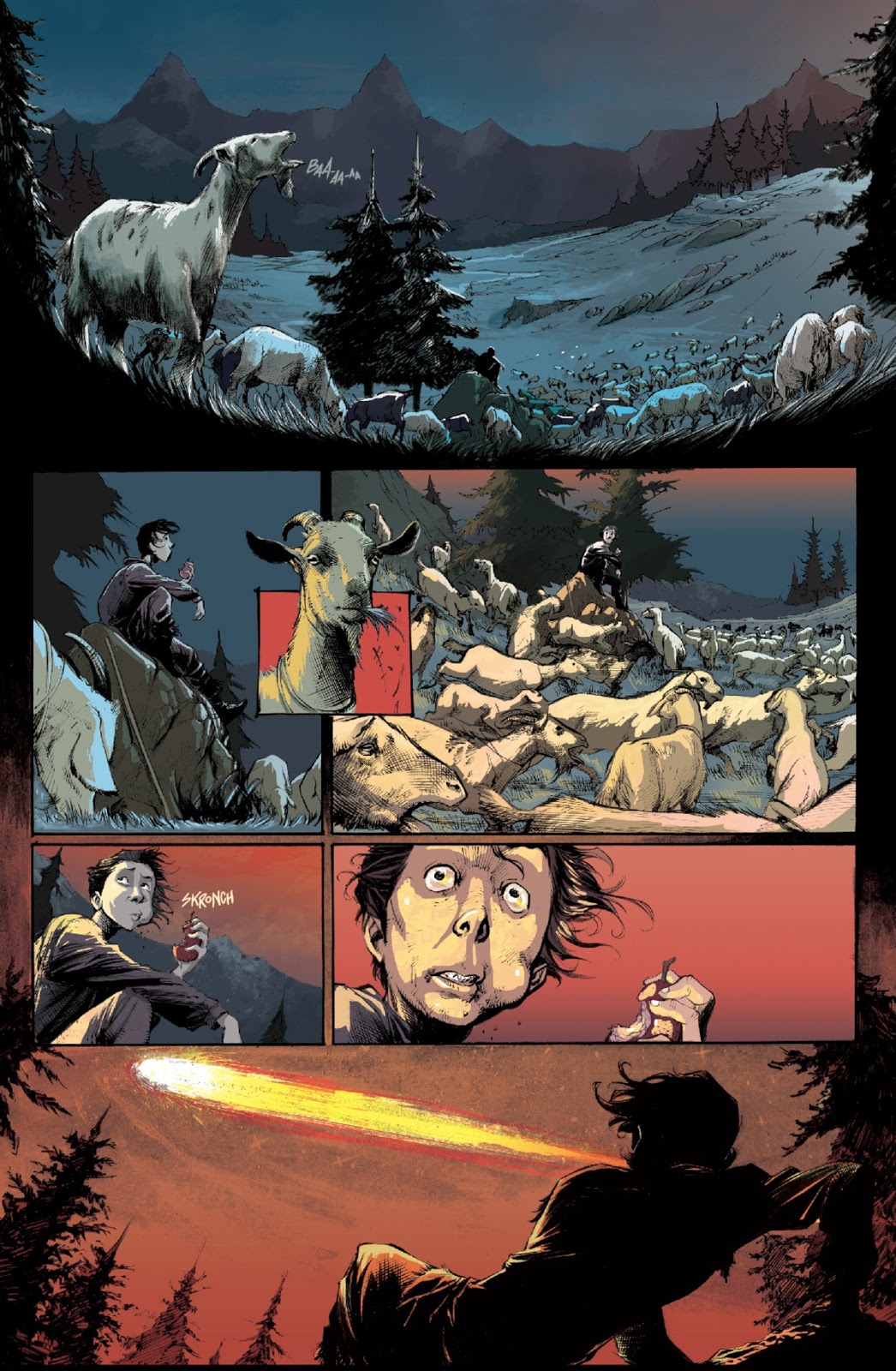 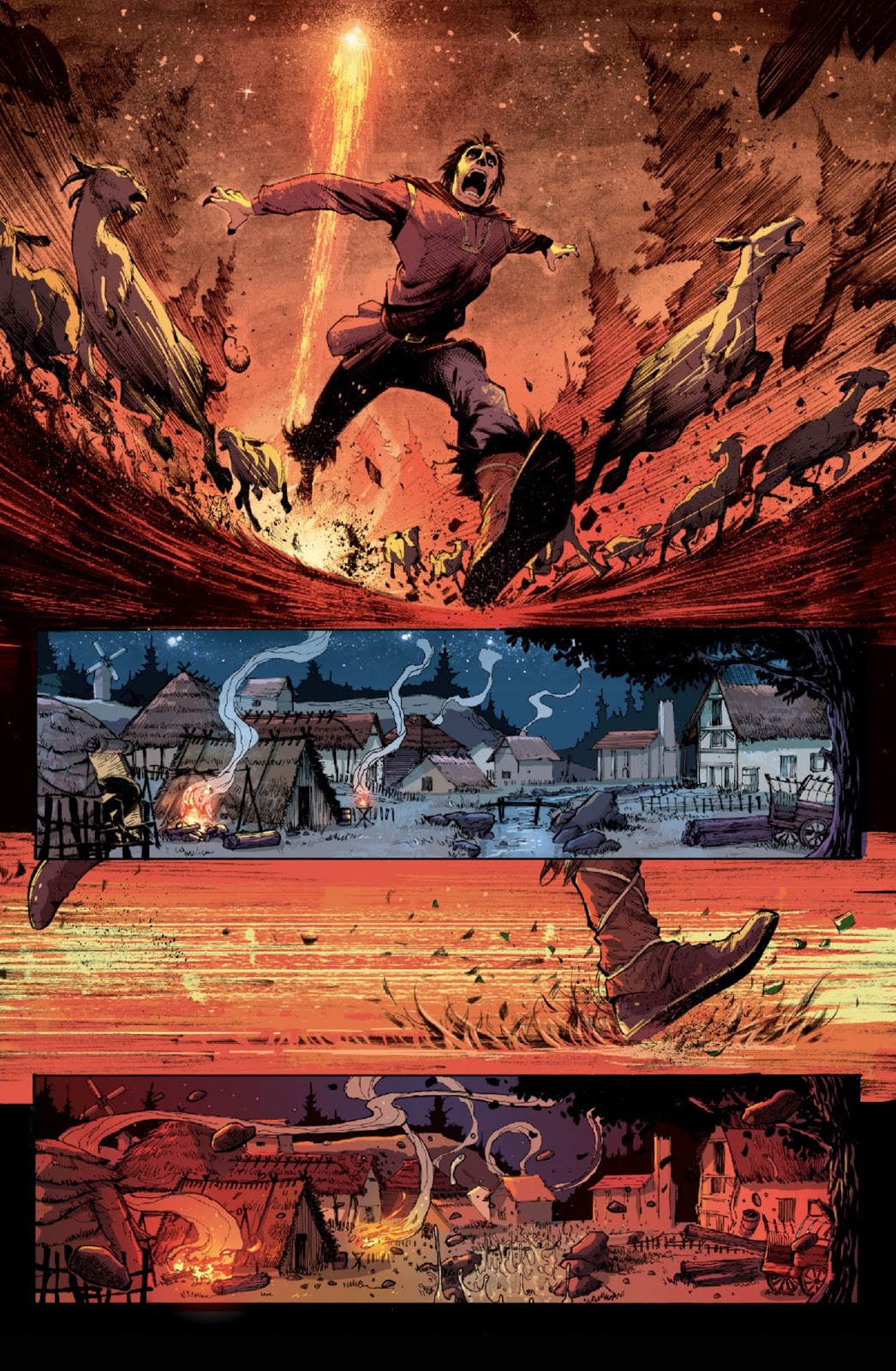 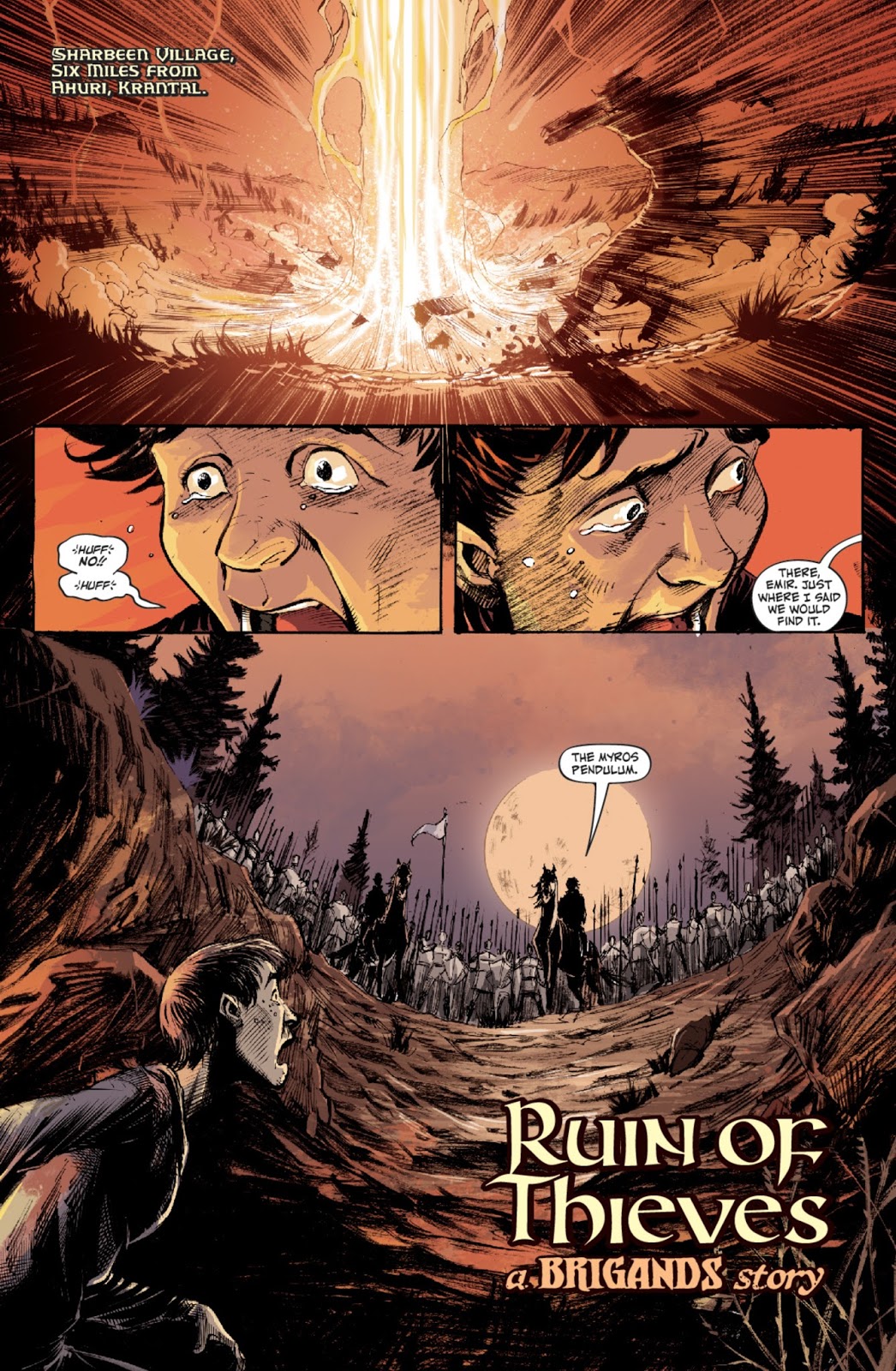 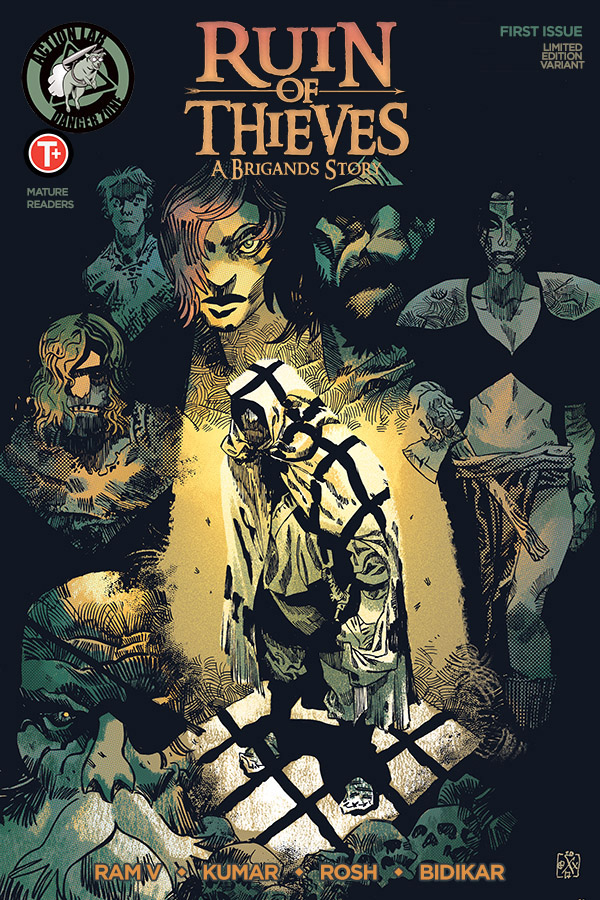 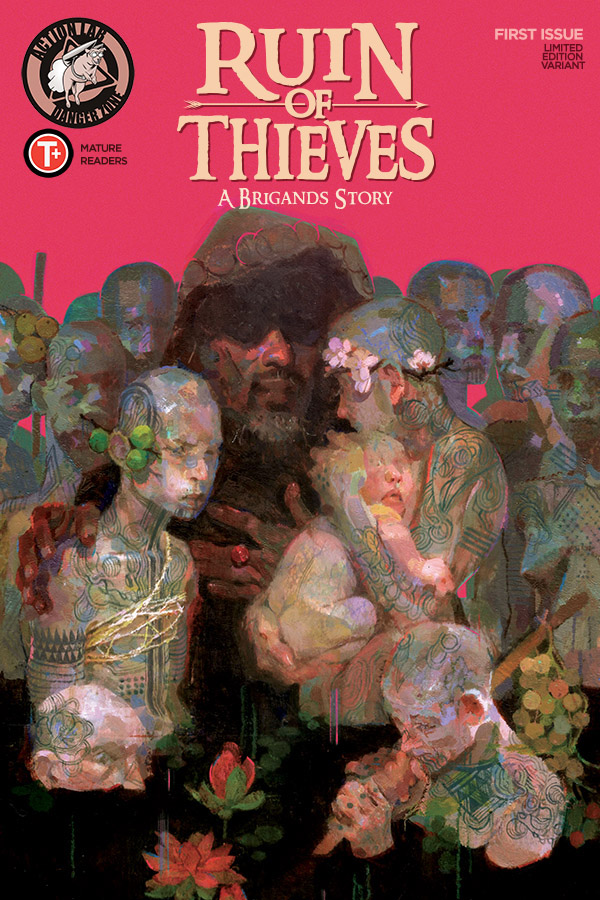