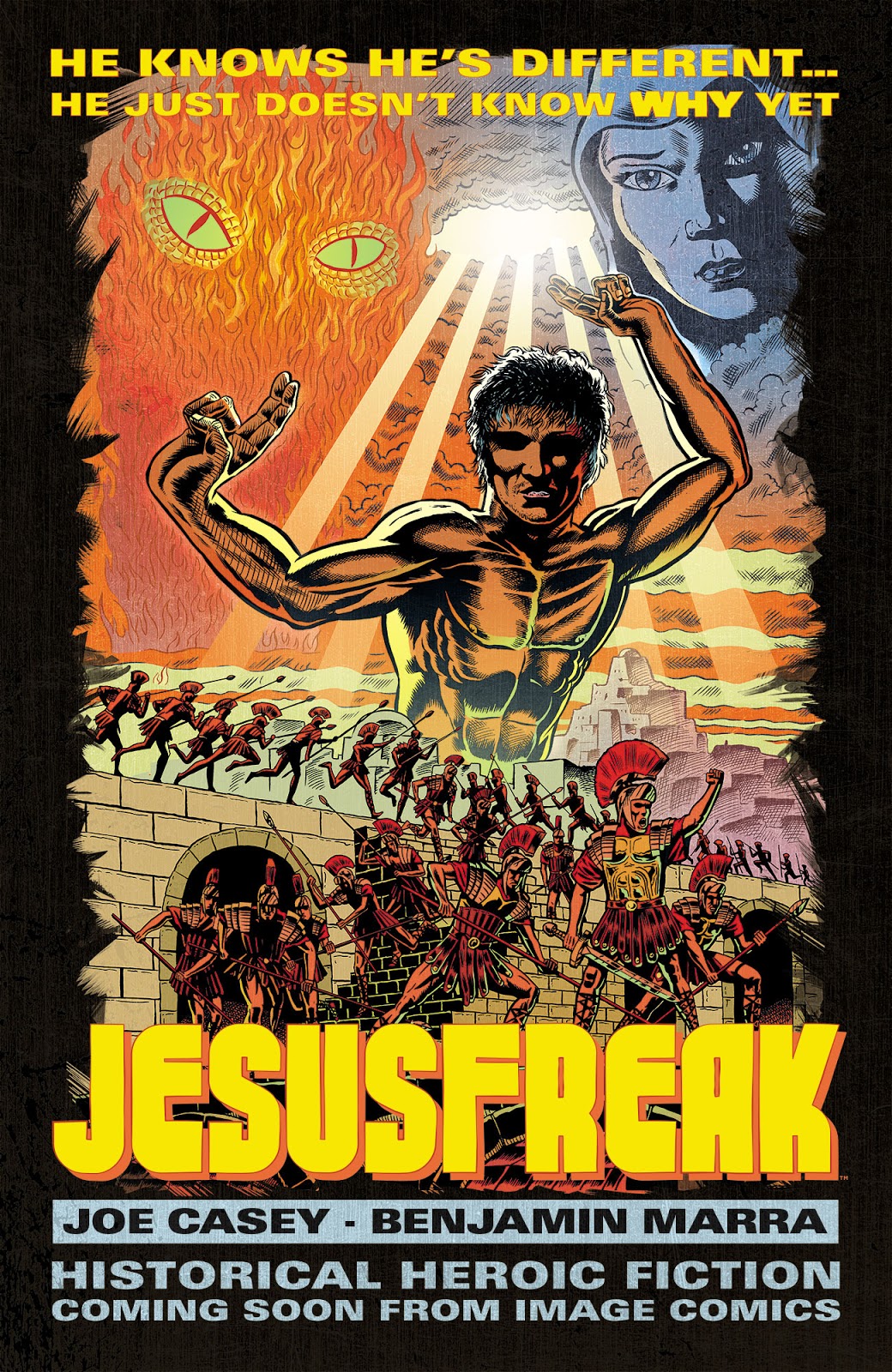 JESUSFREAK is a bloody, two-fisted tale of heroic historical fiction featuring a certain young Nazarean carpenter who is having some trouble finding his place within a world of ever-increasing violence. He knows he’s different… he just doesn’t know why. Image Comics will publish the original graphic novel as a 64-page, full-color hardcover retailing for $17.99 in comic book stores on March 20, 2019, and in bookstores on March 26, 2019.

“JESUSFREAK is less inspired by any strict religious traditions and is instead more concerned with exploring the unique tension that exists between depicting a mythical figure and a historical figure – a tension that is compounded when, for many, they're considered the same person,” said writer and co-creator Joe Casey. “It’s also a chance for Marra and I to indulge in a specific style of hard pulp storytelling that we think perfectly fits this material.”

“I’ve followed Joe Casey’s career as a writer for over a decade and so I jumped at the opportunity to push myself as an artist into unfamiliar areas with this book,” said artist and co-creator Benjamin Marra. “My aim with JESUSFREAK is to channel the energy and storytelling of artists like Paul Gulacy, Frank Miller, and Klaus Janson to deliver a very different kind of historical fiction.”

An early 16-page black and white ashcan preview of JESUSFREAK, featuring a two-color cover, will be available for purchase for $1.00 at the Image Comics booth (# 1444) at New York Comic Con. Joe Casey and Benjamin Marra will attend the convention, which will be held at the Javits Center in New York City from Thursday, October 4th through Sunday, October 7.

For more information on JESUSFREAK--by the writer of SEX and the artist of NIGHT BUSINESS--visit  Image Comics.