Orphaned at a young age, Faith Herbert – a psionically gifted “psiot” discovered by the Harbinger Foundation – has always aspired to greatness. But now this once-ordinary teenager is taking control of her destiny and becoming the hard-hitting hero she’s always known she can be – complete with a mild-mannered secret identity, unsuspecting colleagues, and a day job as a reporter that routinely throws her into harm’s way! 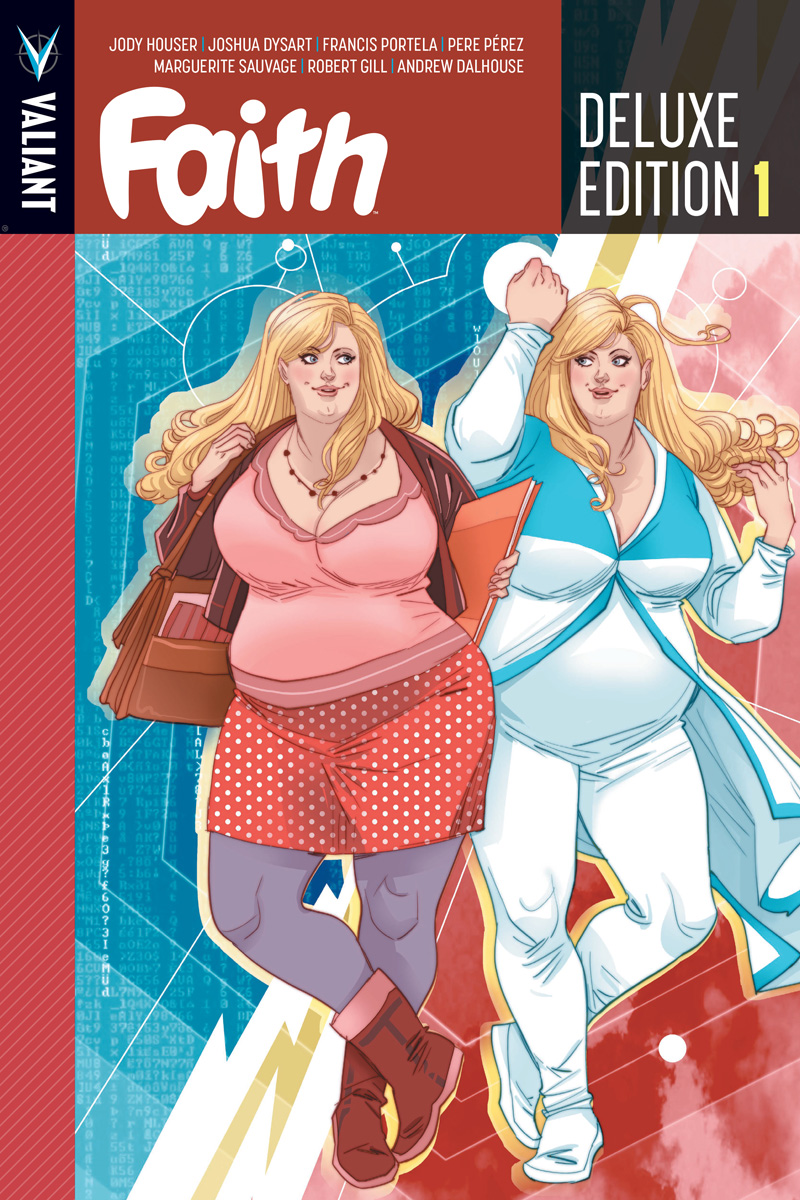 She’ll tackle every obstacle in her path with confidence – robots, aliens, monsters…and even her very first super-villain arch-nemesis bent on snuffing her out once and for all! 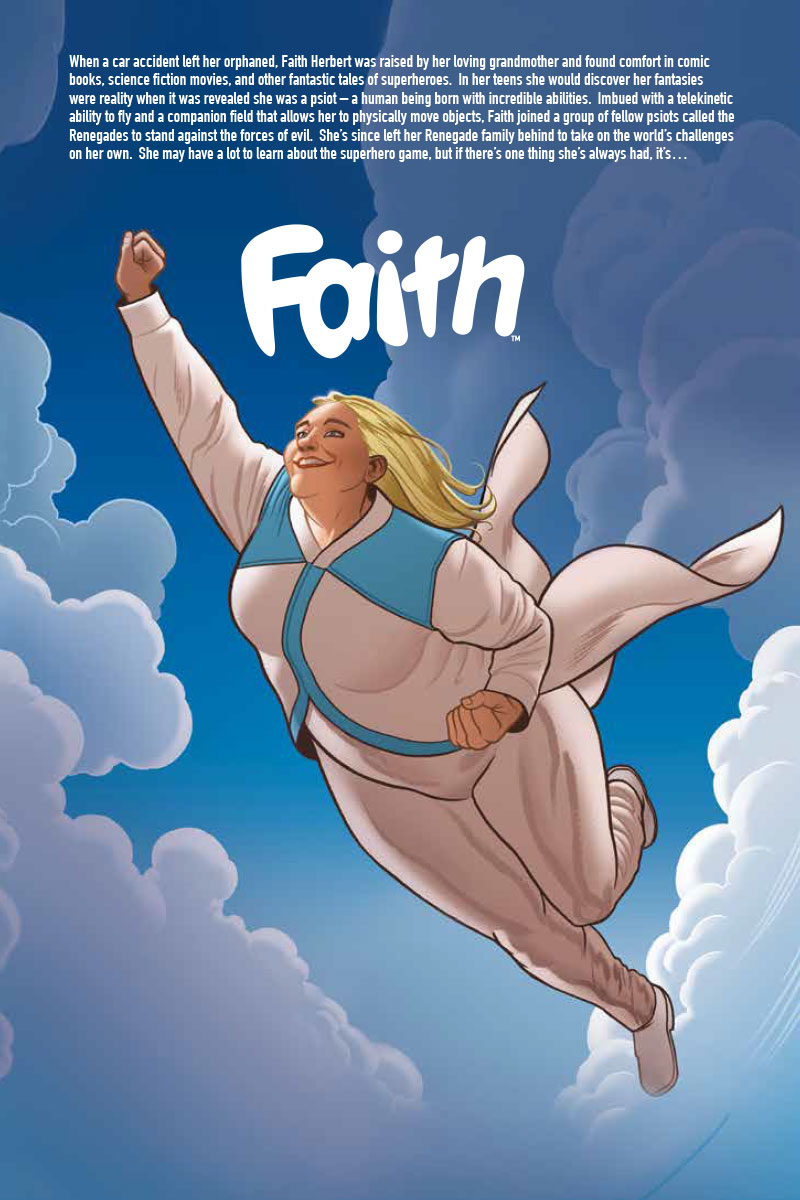 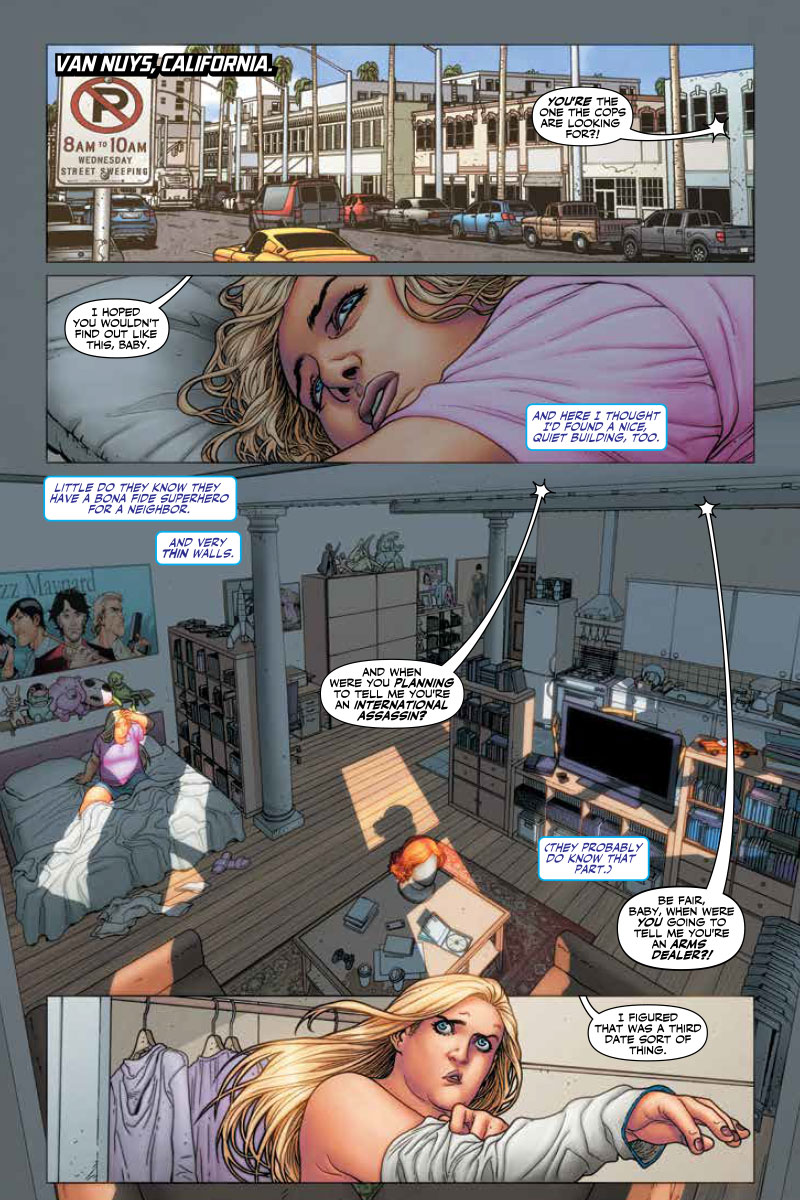 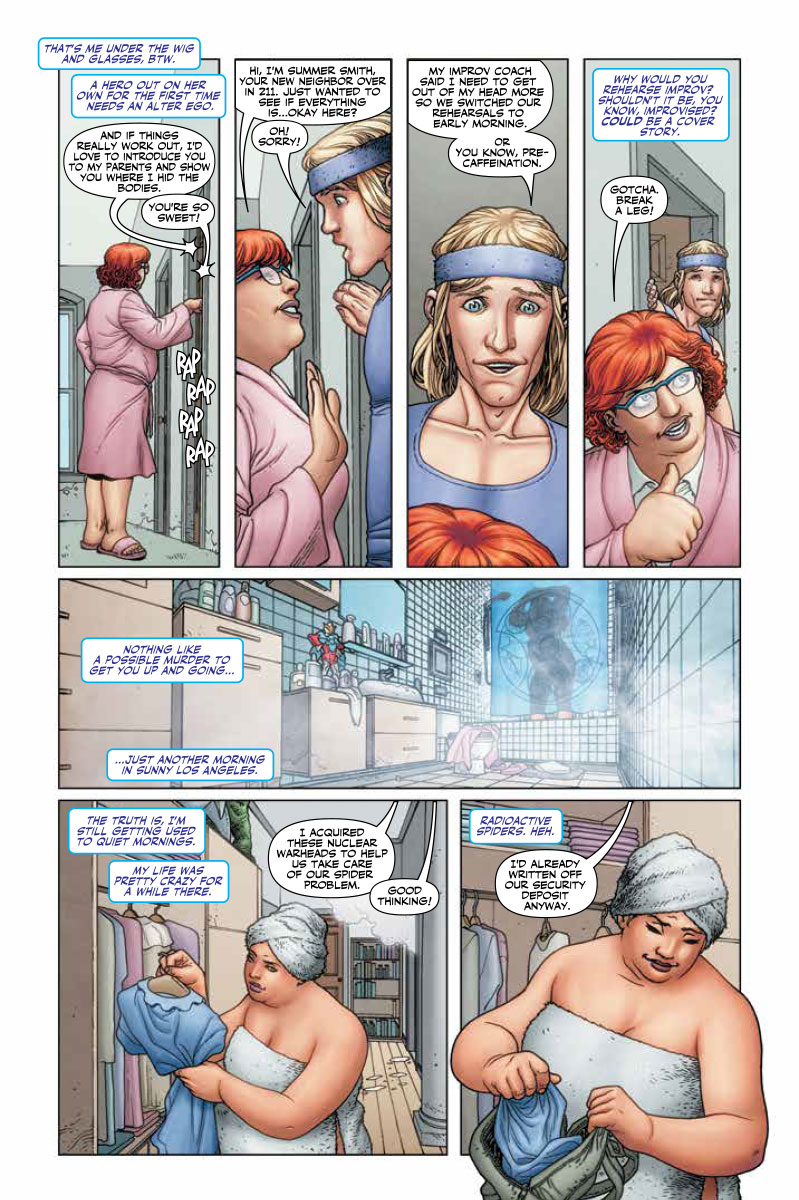 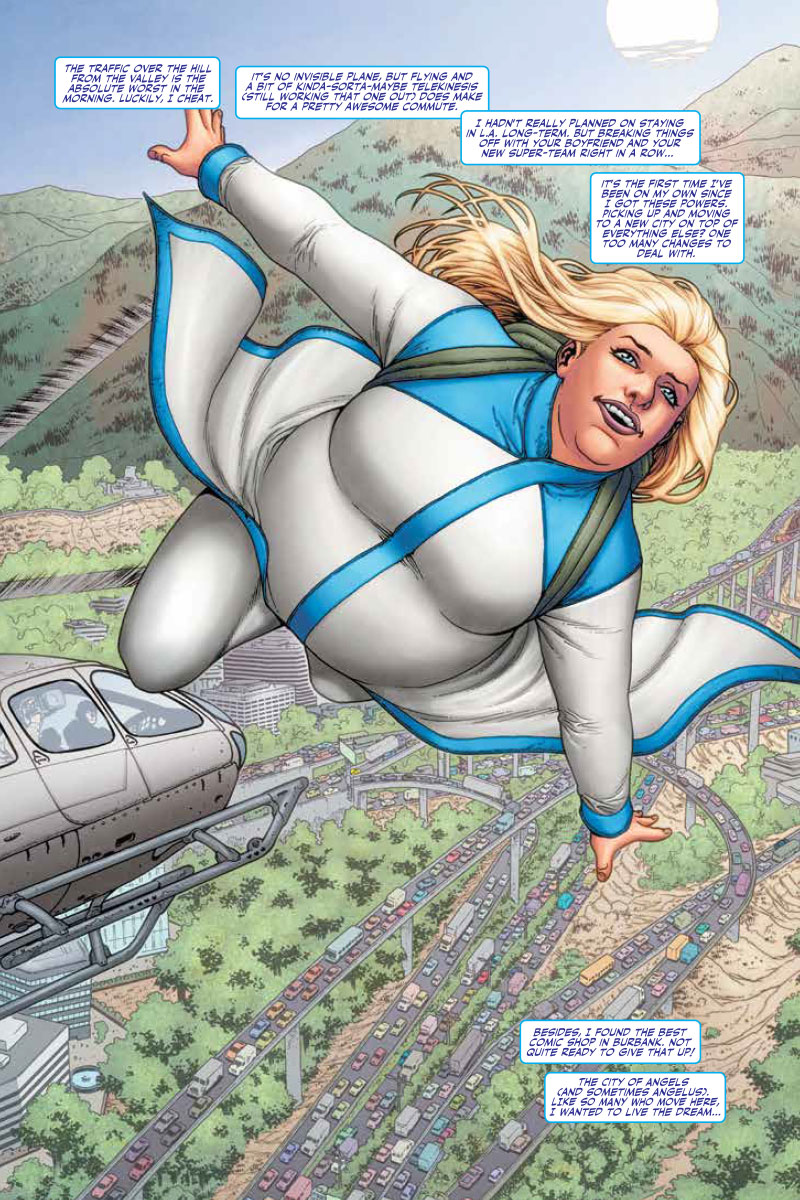 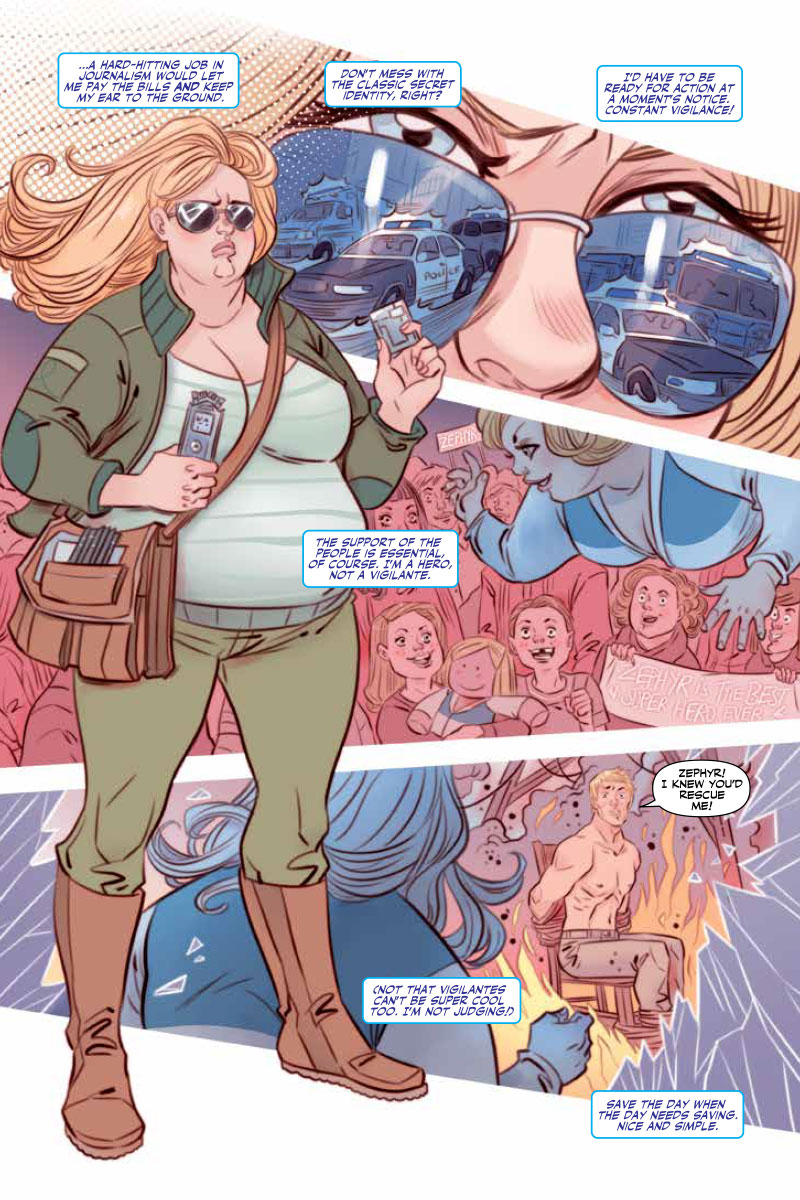