DC’s Young Animal is returning this July with the next chapter of its flagship title, plus two new, innovative stories. The pop-up imprint curated by My Chemical Romance frontman Gerard Way will kick things off on July 3 with DOOM PATROL: WEIGHT OF THE WORLDS, followed by COLLAPSER on July 17 and FAR SECTOR in late 2019. 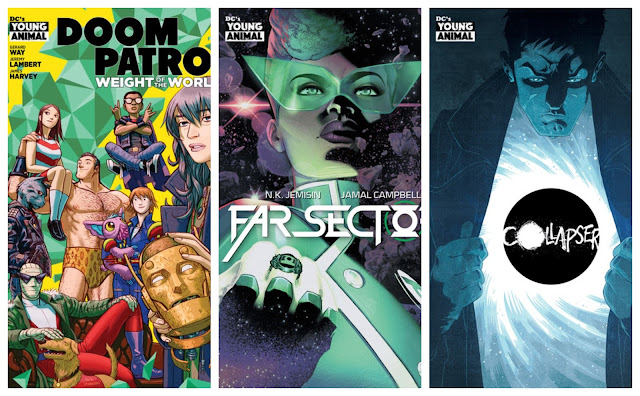 “We are thrilled to revitalize DOOM PATROL, and to present both COLLAPSER and FAR SECTOR, two books that push the medium of comics and their respective genres through uncharted territory,” says Gerard Way. “Readers can expect everything from high doses of cosmic weirdness and positivity, to deep examinations of anxiety and emotions while wielding immense power, to sci-fi explorations of authority and control and what it means to be a guardian while a world hangs in delicate balance. More fantastic comics outside the norm, as only DC’s Young Animal can do.”

More details about these new series can be found here: 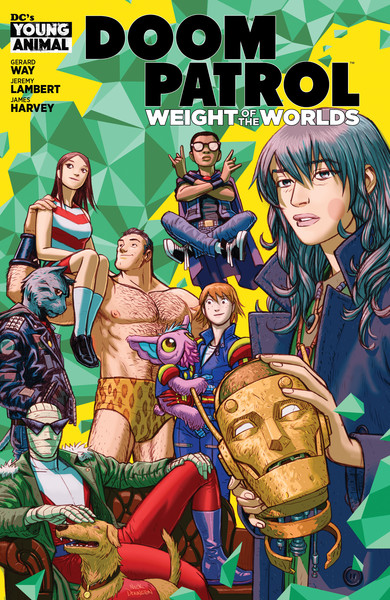 Gerard Way and the World’s Strangest Super Heroes return in an all-new series that takes them beyond the borders of time and space! The Doom Patrol will go on an epic road trip around the solar system, facing off against the unusual and bizarre including the fanatical fitness fiends of planet Orbius and the Marathon Eternal. Big changes are coming for these unusual heroes, including Robotman coming to terms with his new life as a human. 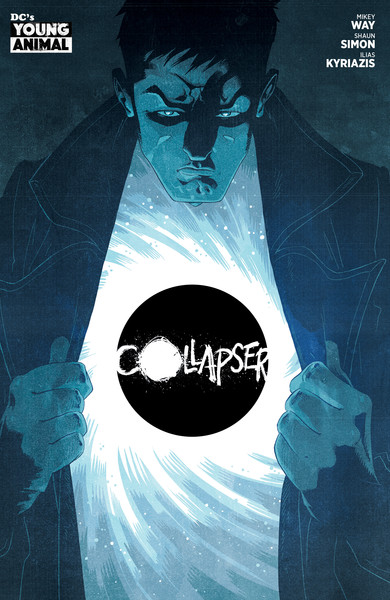 Liam James is a wannabe DJ whose life goals are almost completely dashed by his crippling anxiety—until a package arrives in the mail containing a black hole that gives him amazing powers and draws him into a cosmic conflict far beyond anything he’d ever imagined. But Liam will discover that when it comes to life, love, mental health and superhero responsibilities, there’s no such thing as a quick fix, and that power comes with a cost. 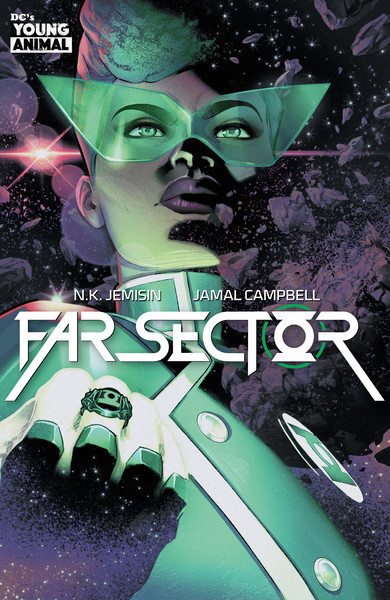 Newly chosen Green Lantern Sojourner “Jo” Mullein has been protecting the City Enduring, a massive metropolis of 20 billion people, for the past six months. The City has maintained peace for over 500 years by stripping its citizens of their ability to feel. As a result, violent crime is virtually unheard of, and murder is nonexistent.

But that’s all about to change.

This new series introduces a dizzying game of politics and philosophies as Jo discovers a brewing revolution in the City, aided and abetted by some of its most powerful citizens.

DC’s Young Animal continues to stretch the boundaries of creativity with experimental and genre-pushing stories. This next phase of the pop-up imprint solidifies its place as comics for dangerous humans.