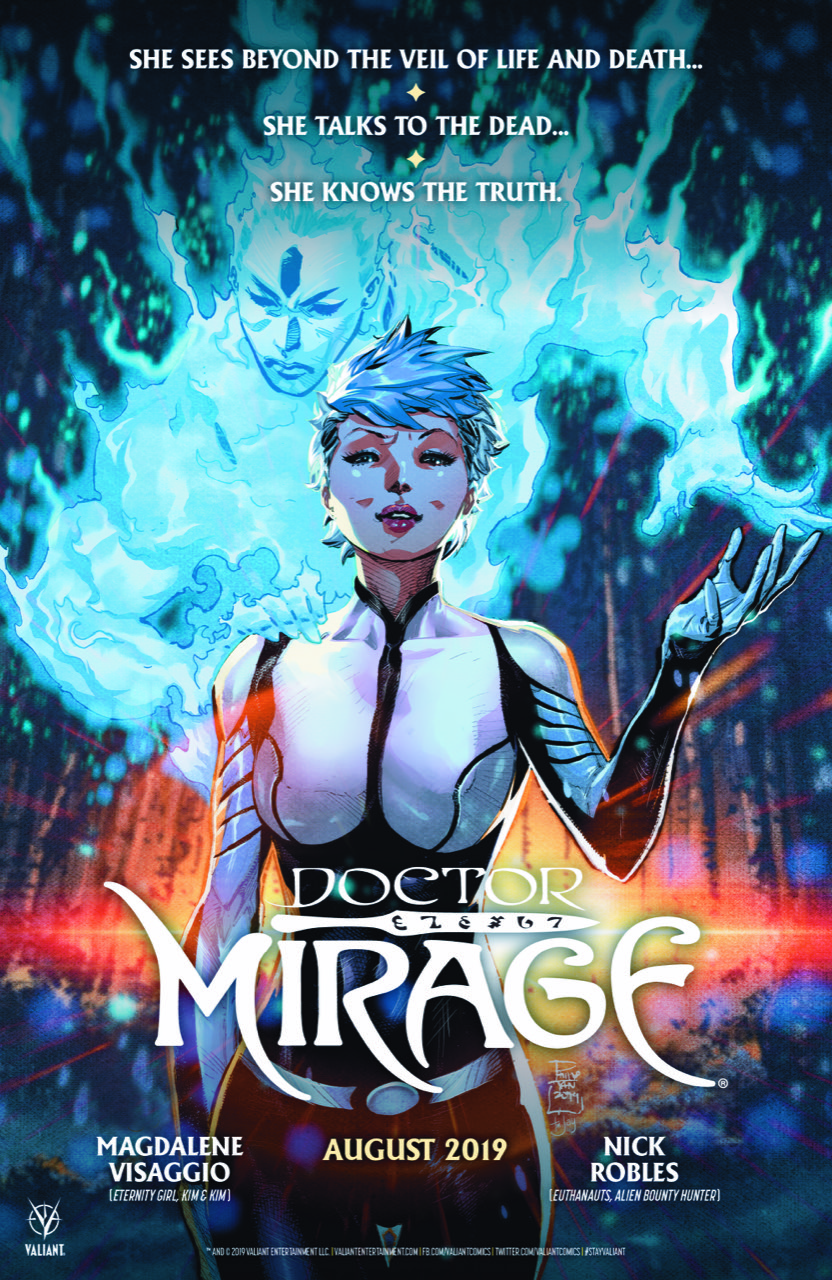 How do you solve the case of your own death? Paranormal detective Doctor Shan Fong Mirage had the ability to see and talk to the dead. Except the dead have gone silent, their spirits mysteriously vanished, including Hwen, her deceased husband. Now, Doctor Mirage must face the most challenging question of her life: Is she dead but doesn’t know it? 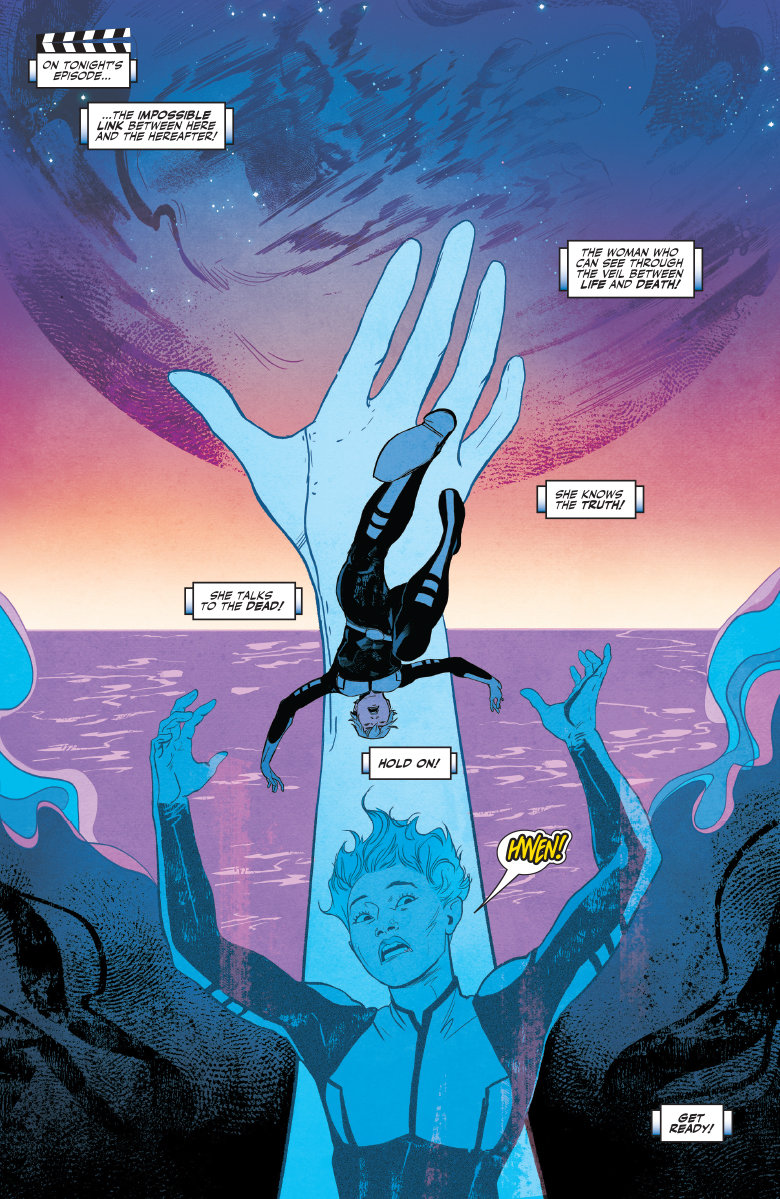 Art by Nick Robles and Jordie Bellaire
"We're going to visit the parts of Hell even the devil is afraid to go," teased Mags. "I get to tell a story about someone in her own personal year zero, rebuilding her life from its literal wreckage. I've been dying to write Doctor Mirage, she's a really fascinating character, existing on the edges of a vast and undefined magical universe."

Nick is having a blast playing around in Valiant's supernatural sandbox. "The genre offers a lot of chances to play with texture, patterns, and things that depict magical and ethereal subjects in fun ways." Fans can expect some spellbinding pencils from the artist. "It really opens the door to crawl out of the box of rules and forge some interesting visuals. I'm having a lot of fun with ways to push and pull this wonderfully weird comic that we're creating." Valiant Editor Lysa Hawkins is especially enthusiastic about the mystical mission. "Doctor Mirage is a favorite of mine. In this tale, Shan goes on the 'classic' hero's journey, with many crazy detours on the way. Looking for answers in the most unlikely of places (and people), Doctor Mirage's inner search is unlike anything anyone has ever seen before." 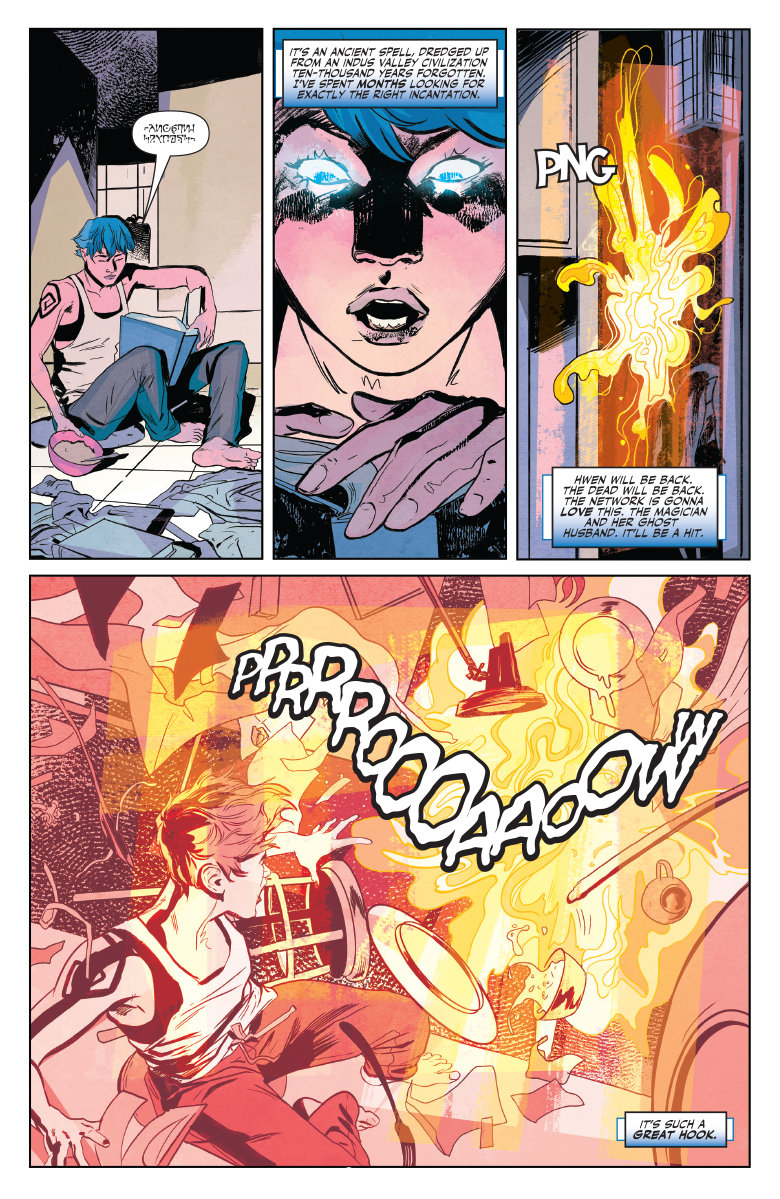 The paranormal puzzle begins in DOCTOR MIRAGE #1 this August.