Oliver Flores and his stepfather were turning right onto Midnight Vista Road when they were both abducted by aliens. 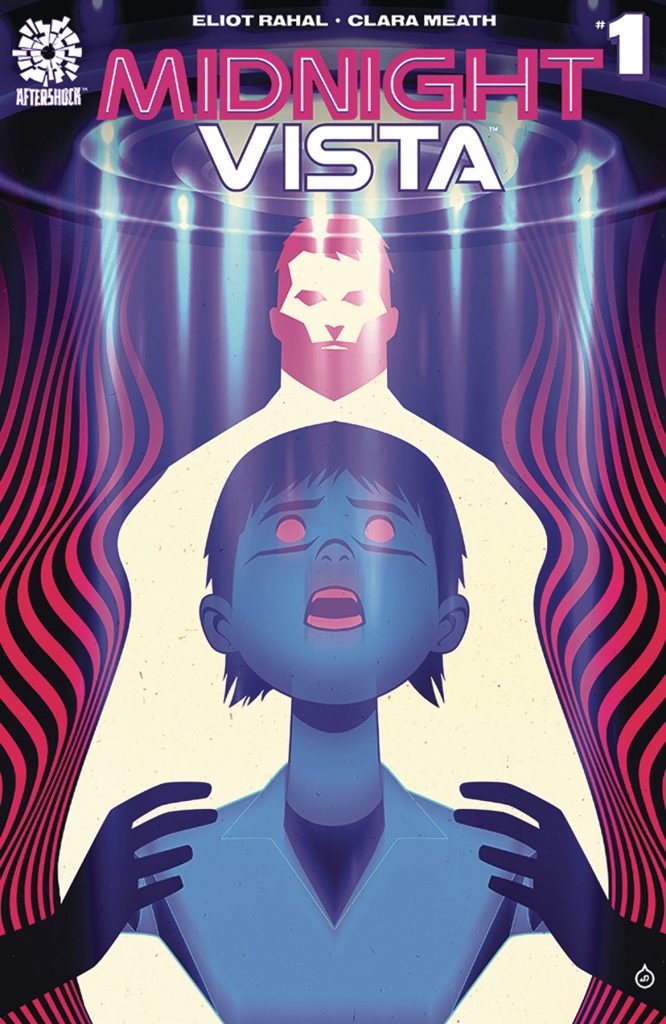 To Oliver’s mother, they were just missing. To the police, they were legally dead. And to everyone else growing up in Albuquerque, Oliver was the “Milk Carton Kid,” an eight-year-old who was kidnapped and killed by his stepdad while out for some ice cream.

But now – years later – a fully grown adult Oliver walks back into town. He has been returned...and he remembers everything.

Based on a very personal, true story from writer Eliot Rahal (HOT LUNCH SPECIAL), with out-of-this-world art from Clara Meath, MIDNIGHT VISTA will make you believe in little grey men. 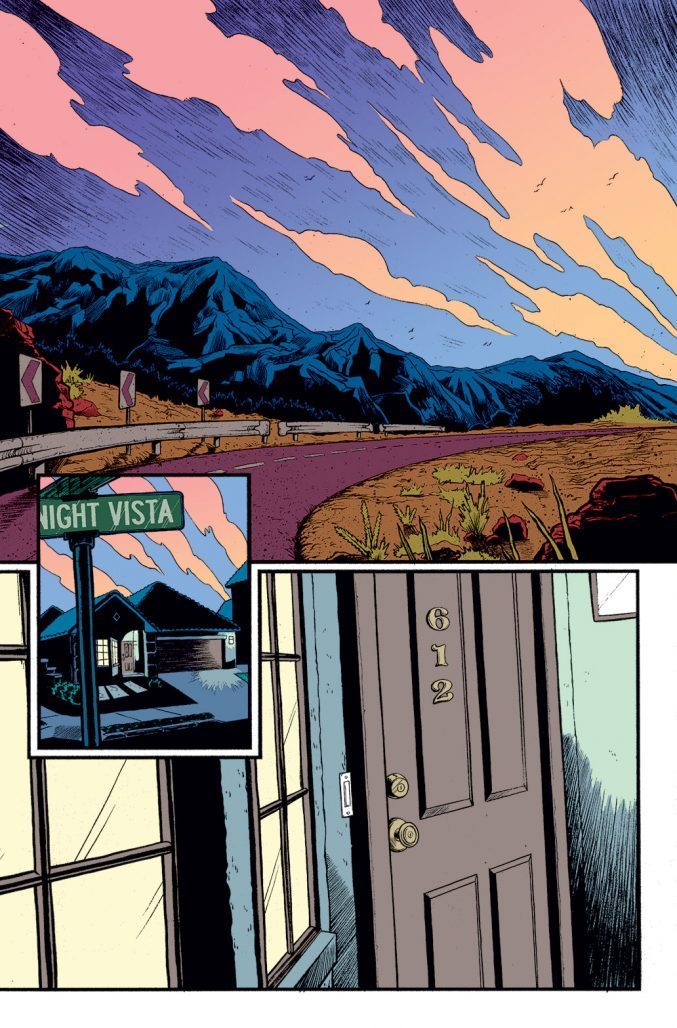 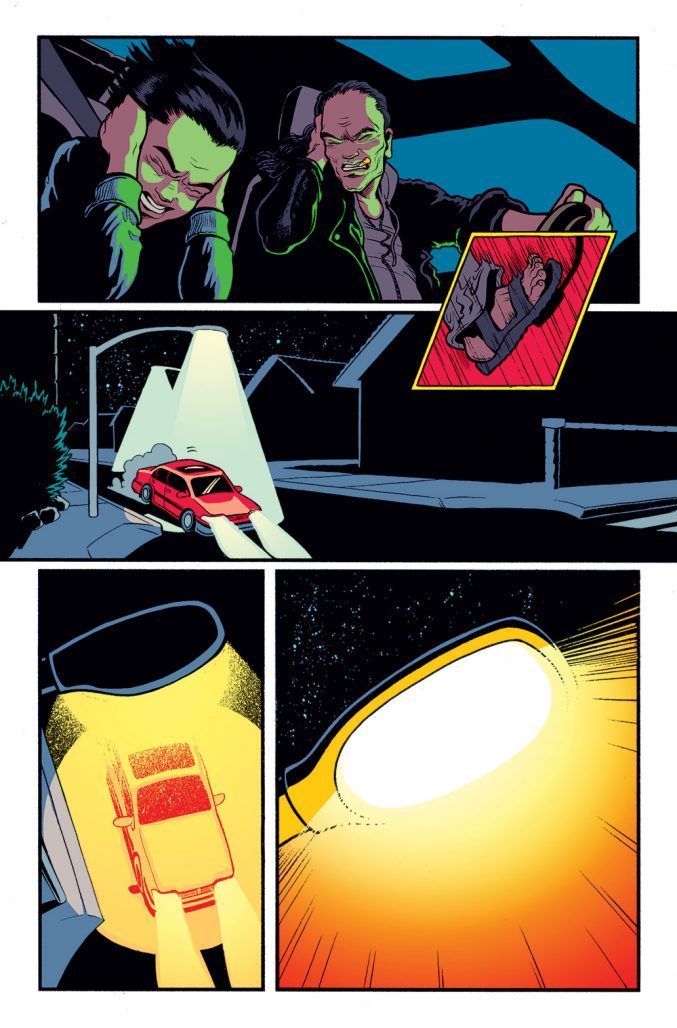 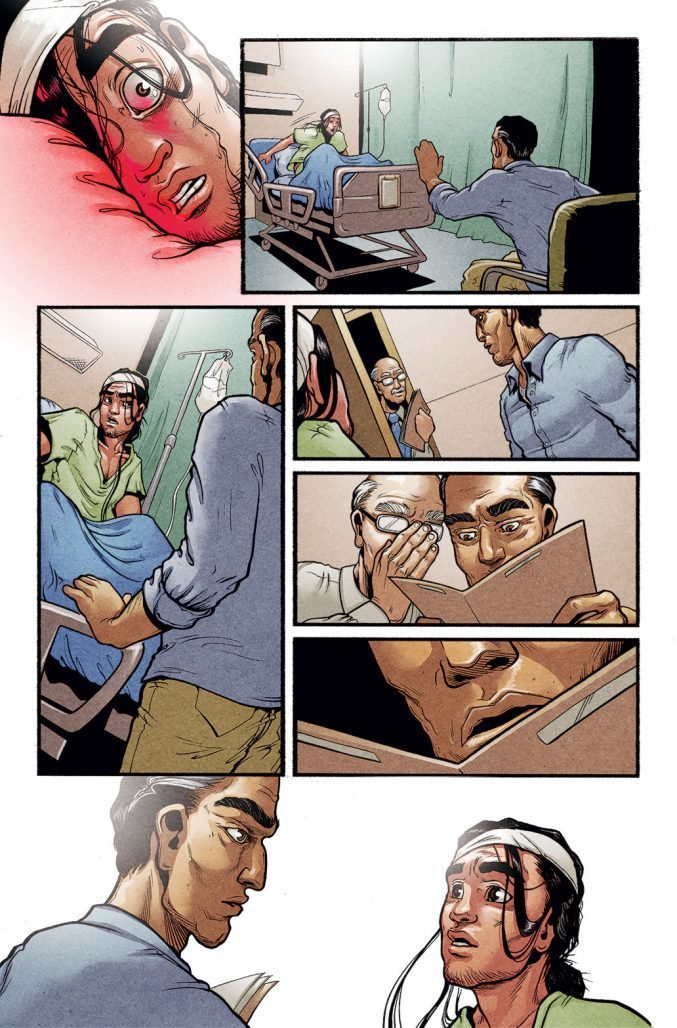 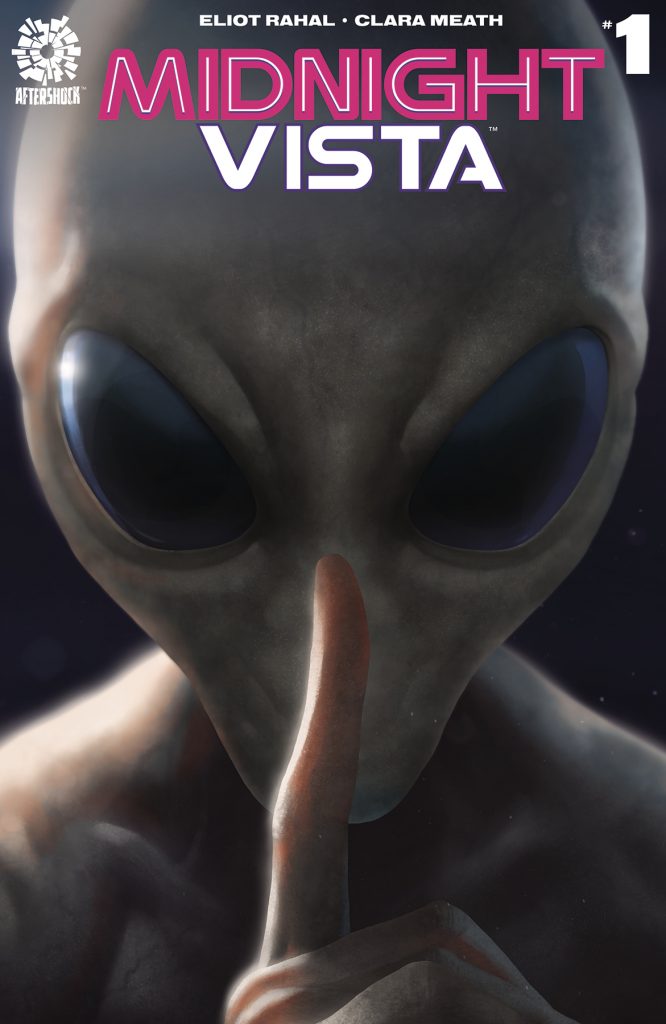