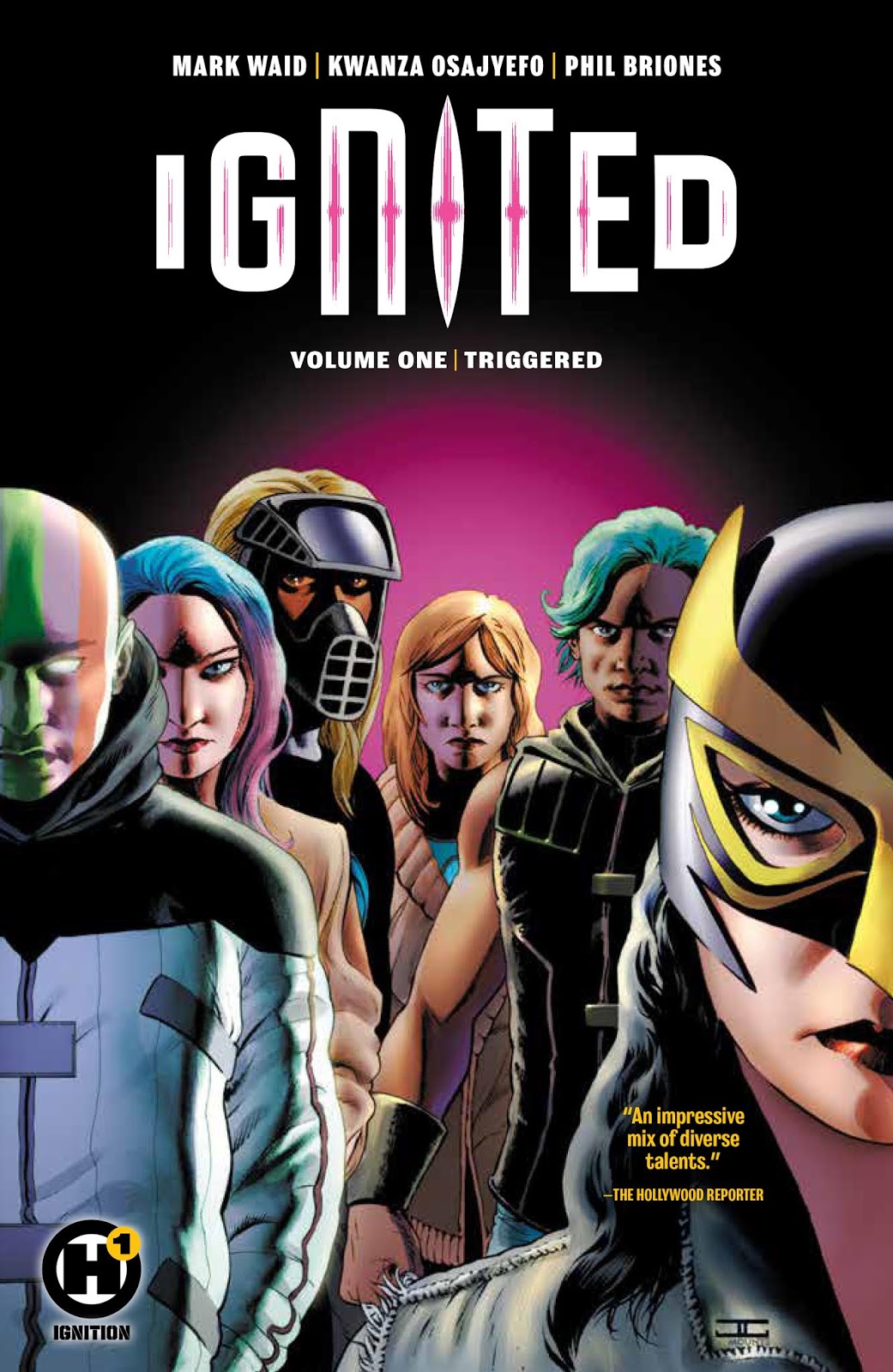 “Sometimes I long to tell stories about ordinary people doing extraordinary things because they’ve been caught in extraordinary circumstances,” said legendary writer and IGNITED co-writer Mark Waid. “It’s not fair to call the protagonists of H1 heroes or superheroes. They don’t punch supervillains. They work on a larger stage. Each has been tapped by destiny to transform our world—sometimes following the will of the people, sometimes crossing it.”

In IGNITED: TRIGGERED, the lives of six teenagers are changed forever following a school shooting, turning the end of the school year into a nightmare for the kids of Phoenix Academy High School. Now, only a few months later, they’re expected to get back to their studies, but nothing will ever be the same. Especially for six of them whose newly acquired superpowers won’t be enough to restore balance to their world. Now the choice is in their hands. Will they fight for order…or surrender to chaos?

“It’s been said that the best stories touch on actual issues,” said acclaimed writer and IGNITED co-writer Kwanza Osajyefo. “IGNITED stabs at the nerves of what’s happening in real life.”

“When you challenge the system, there are consequences,” said Waid. “Our kids are now fighting back on a whole new level. They've been pursued by the feds, estranged from their parents, and demonized (or, by many, lionized) in the court of public opinion, outed and exposed. With no one to turn to but each other, they're going to have to grow up fast if they want to find a way out of the nightmare they've landed in.”

When IGNITED returns with issue 5, in December, two months have passed since the “March of Mercy” events. Media darlings the “Phoenix Five” are using their abilities to bring change. They're heroes to most--but not to Brent Smythe, an Arizona radio personality pushing conspiracy theories about the kids. He and some new allies are actively hunting them down, and the Five can't hide from a world full of cameras and connected via social media.

“Did anyone really think a bunch of teenagers who gain powers after surviving a school shooting would go unnoticed?” asked Osajyefo. “It doesn’t help that they became masked vigilantes to keep guns out of their schools. Coming into conflict with protestors and the police certainly made things worse. Actions have consequences and that’s precisely what Callum, Anouk, Marisol, Himari, Shai and Luther with have to face in the next arc of IGNITED.”

IGNITED: TRIGGERED is available in bookstores on October 15th and in comic shops on October 16th. IGNITED issue 5, the start of the DOXXED storyline, will be published in December.

What Critics Are Saying About IGNITED


“If superhero comics have a responsibility to reflect our real world, then superhero comics featuring teenage characters have more to reckon with than ever before… Humanoids’ nascent superhero universe is confronting gun violence in schools head on with IGNITED, their first ongoing shared-universe title…. It’s a lofty goal to launch both a shared universe and such a sensitive, topical book in one, which is all the more reason to pick up IGNITED and see how the creative team pulls it off.” — PASTE MAGAZINE


“An impressive mix of diverse talents, in terms of experience and outlook, united by talent and the shared universe they’ll create together.”—THE HOLLYWOOD REPORTER


“Humanoids has filled shelves with essential works by Mœbius, Alejandro Jodorowsky, and other European masters, so publishing heritage alone made the initiative interesting.”  — DEADLINE HOLLYWOOD