Originally debuting in 1994, Vengeance of Vampirella portrayed a more savage and feral look at the Daughter of Drakulon. Now, for the 50th Anniversary of Vampirella, original series writer Tom Sniegoski (joined by the incredible art of Michael Sta. Maria) is back and issue #1 features a host of incredible cover artists. 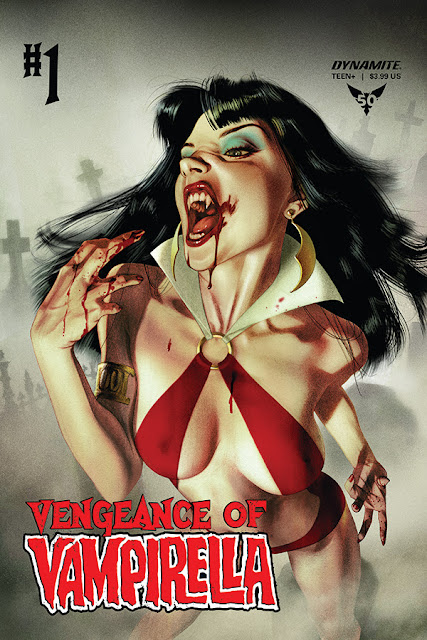 Set 25 years after the initial series, Vampirella is Dead!? Long Live Vampirella!
Humanity holds on, but barely, the playthings and slaves of a multitude of supernatural monstrosities that have made the earth their own.  Mistress Nyx continues to rule the planet, her Chaos Lords reigning over the various regions of the world, but she is getting bored - There's no one to challenge her! That is, until a small, but determined rebellion finds what could be their savior or seal their doom!


One of the great things about Vampirella is that even after fifty years she's as compelling as ever. Dynamite has allowed creative teams to reinvent her over and over again. She's been to space, she's had a Mad Max-esque adventure, she's even met the Archie gang in Riverdale. They've even changed up her traditional bikini costume to more modest and practical attire and back again. But who is Vampirella?

If anyone knows it's the original writer of 'Vengeance of Vampirella' Tom Sniegoski. Described as more "savage and feral," Vampirella gets back to her roots fighting for humanity against the forces of evil. Sniegoski lays out a new tale bringing her back from the dead to a world under the thumb of her killer Mistress Nyx. Vampirella is out for blood and fans should be hyped!

Vampirella is just a myth. A story told to comfort a frightened child in the hopes she'll return to restore order in the world so they can be free. It's the perfect way to narrate the story by providing the back story and timeline of events until things really ramp up in the present day. Nyx is shown to be a powerful rival and ready for another round against Vampi. Sniegoski sets up a great revenge story without Vampi appearing much in her own debut issue.

Half of the reason the issue works so well is the artists behind it. Michael Sta. Maria and Omi Remalante, Jr. creat some believably dreary post-apocalyptic landscapes. The destruction, decay, and solitude of a world whose population was driven underground are so well portrayed it reminded me of the 'I Am Legend' film with Will Smith. The more supernatural aspects fill the panels with eye-popping effects and details. It's bloody and dirty at times and that's how you know you've been sucked into the story. Santa Maria goes sexy with the female form but it doesn't distract when the rest of the art is so good.

'Vengeance of Vampirella' #1 feels like comfort food. A dish that warms your heart and fills your soul. The return of a badass vengeful Vampirella is just what we needed. A return to form in a fast-paced story with great world-building art that only ups the anticipation of the inevitable showdown. It's a great entry for new readers too but should bring a smile to old fans as well. This is nice way to commemorate her 50th anniversary with an earth-shattering confrontation for the ages. 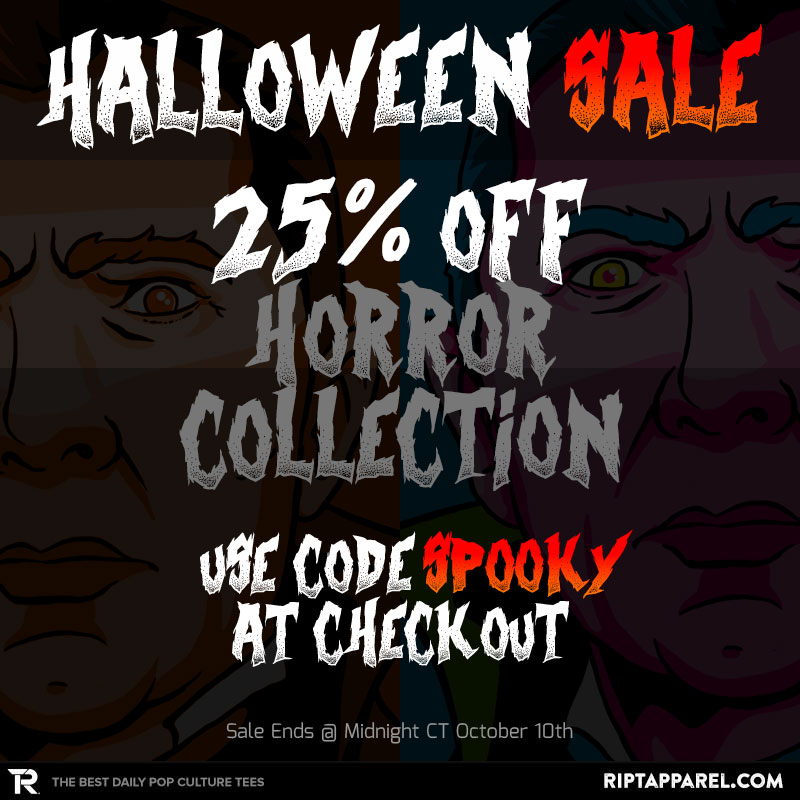