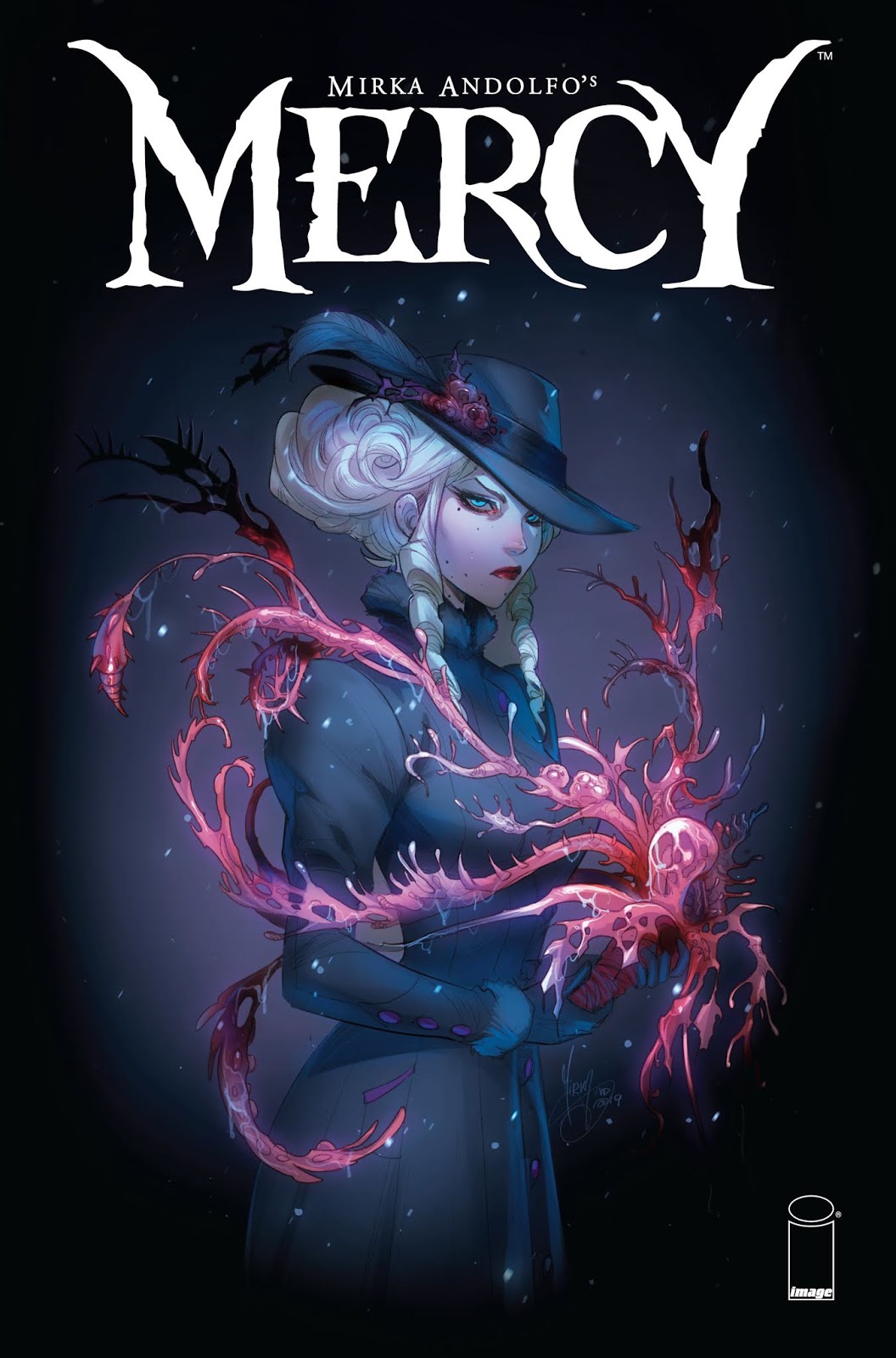 Set in the fictional small town of Woodsburgh during the Klondike Gold Rush, Mercy introduces main character Lady Helaine—an “inhuman” woman—who is always seen with her butler, Mr. Goodwill… The video trailer, a short movie titled A Night Out, produced by Arancia Studio and Grey Ladder with Dimago, features a seductive voice-over narrative as the Lady Hellaine hunts for her dinner prey.


Mercy explores topics of “otherness,” damnation and redemption, and what it means to be a monster in a horror tale perfect for fans of Penny Dreadful, Crimson Peak, The Alienist, Parasol Protectorate, and Dark Shadows. More exciting details about the goth-inspired, Victorian monster series will be unveiled as the United States release date approaches.

After the poignant story of inclusion and self-discovery told in Unnatural, Andolfo presents a darker story that addresses issues far beyond typical genre-related tropes. Fans excited for the new series can visit https://gotmercy.me to discover new details about the project, and download some free wallpapers of the Mercy artwork.