This clip, featuring Terry McGinnis & Bruce Wayne battling a relentless opponent, is composed as a split-screen. The right side of the screen shows the original footage, and the left side is the fully remastered-for-Blu-ray footage that is representative of the episodes in the box set.

"Batman Beyond," the landmark animated television series that illuminated the imagination of a new generation of Batman fans with its creation of an altogether new hero, is celebrating its 20th anniversary – and you get the gift! Warner Bros. Home Entertainment has remastered the heralded series for its first-ever presentation on Blu-ray™ in the all-encompassing "Batman Beyond: The Complete Series Limited Edition." 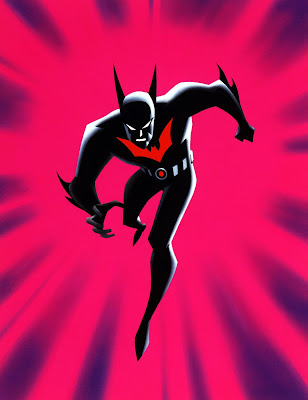 The extraordinary "Batman Beyond: The Complete Series Limited Edition" package features approximately 1,500 minutes of entertainment spread over four Blu-ray™ discs, plus the two bonus discs of enhanced content. In addition to a newly-remastered Blu-ray presentation of "Batman Beyond: Return of the Joker," there are 15 featurettes on the bonus discs, highlighted by two new inside looks at the beloved television series, led by "Nostalgic Tomorrow," a gathering of Batman Beyond production talent and cast led by executive producer Bruce Timm and actors Kevin Conroy and Will Friedle, the voices of Batman and Terry McGinnis, respectively. The bonus discs also spotlight four episodes with an audio commentary from Timm and select members of the production team. 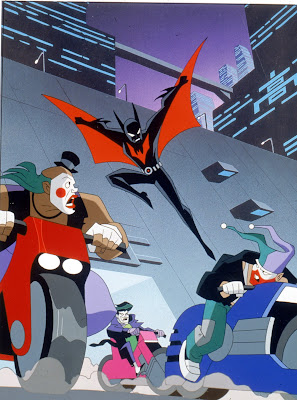 Collectibles within the stunning packaging include an exclusive chrome Batman Beyond Funko POP, and four beautifully-designed lenticular art cards produced especially for "Batman Beyond: The Complete Series Limited Edition." This ultimate collectors Blu-ray box set will be individually numbered for a Limited Edition release of 50,000. 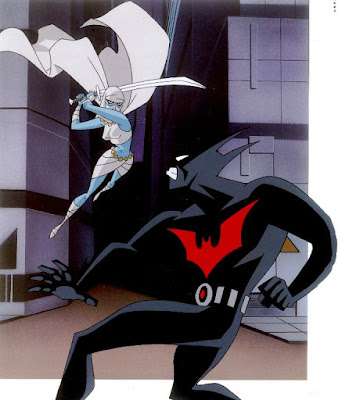 Produced by Warner Bros. Animation, "Batman Beyond" premiered on January 10, 1999, to instant ratings and critical success. The series would run for three seasons, covering 52 total episodes and a full-length animated film, "Batman Beyond: The Return of the Joker." Nominated for nine Emmy Awards, Batman Beyond would ultimately take home two Emmys – including Outstanding Special Class Animated Program in 2001 – as well as three Annie Awards. 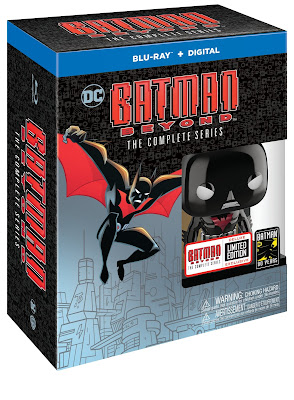