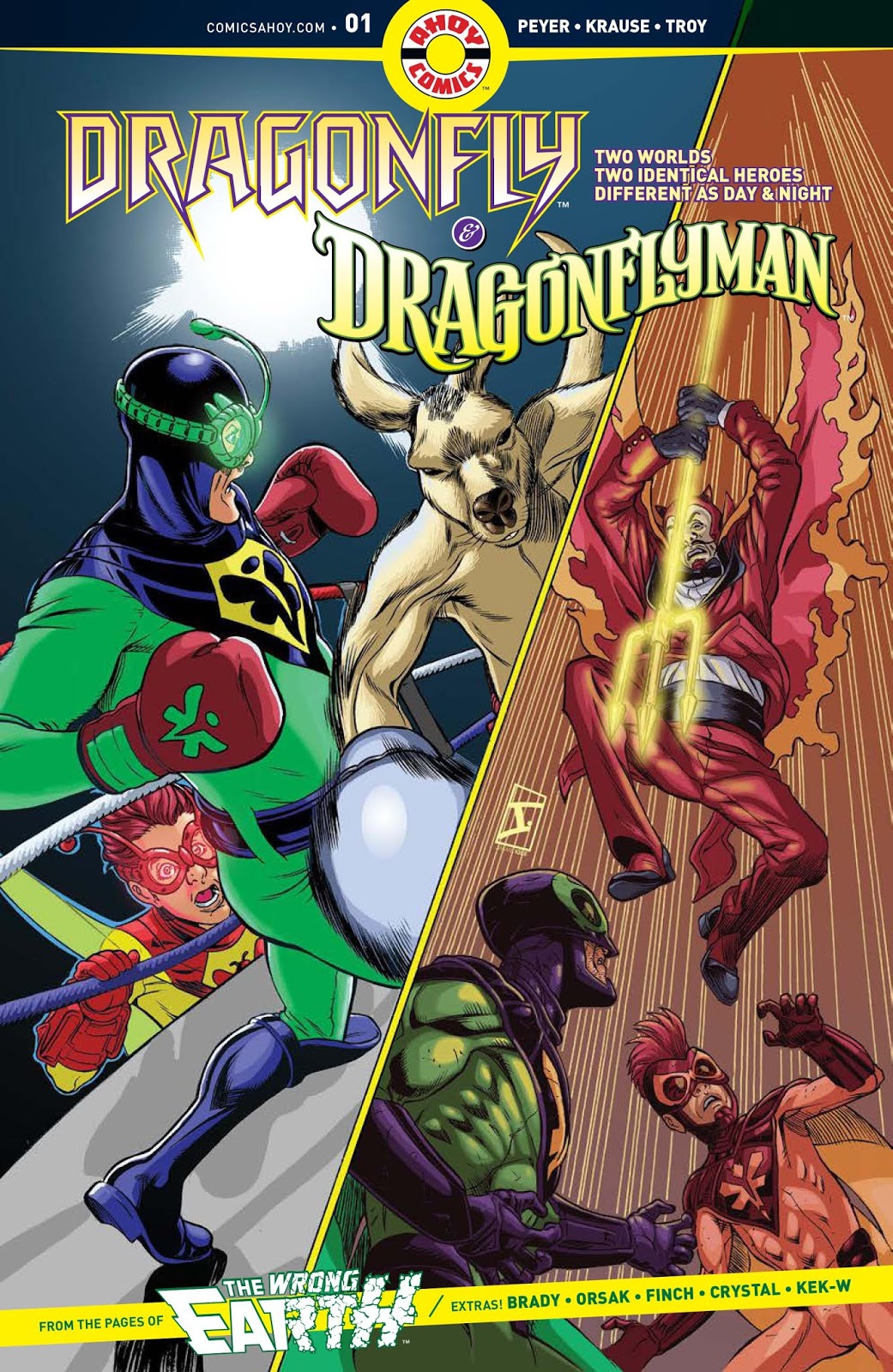 On gritty Earth-Omega, Dragonfly prowls the darkness for his evil prey; on sun-splashed Earth-Alpha, Dragonflyman protects the status quo. DRAGONFLY & DRAGONFLYMAN will be available at finer comic book stores everywhere on November 6, 2019. 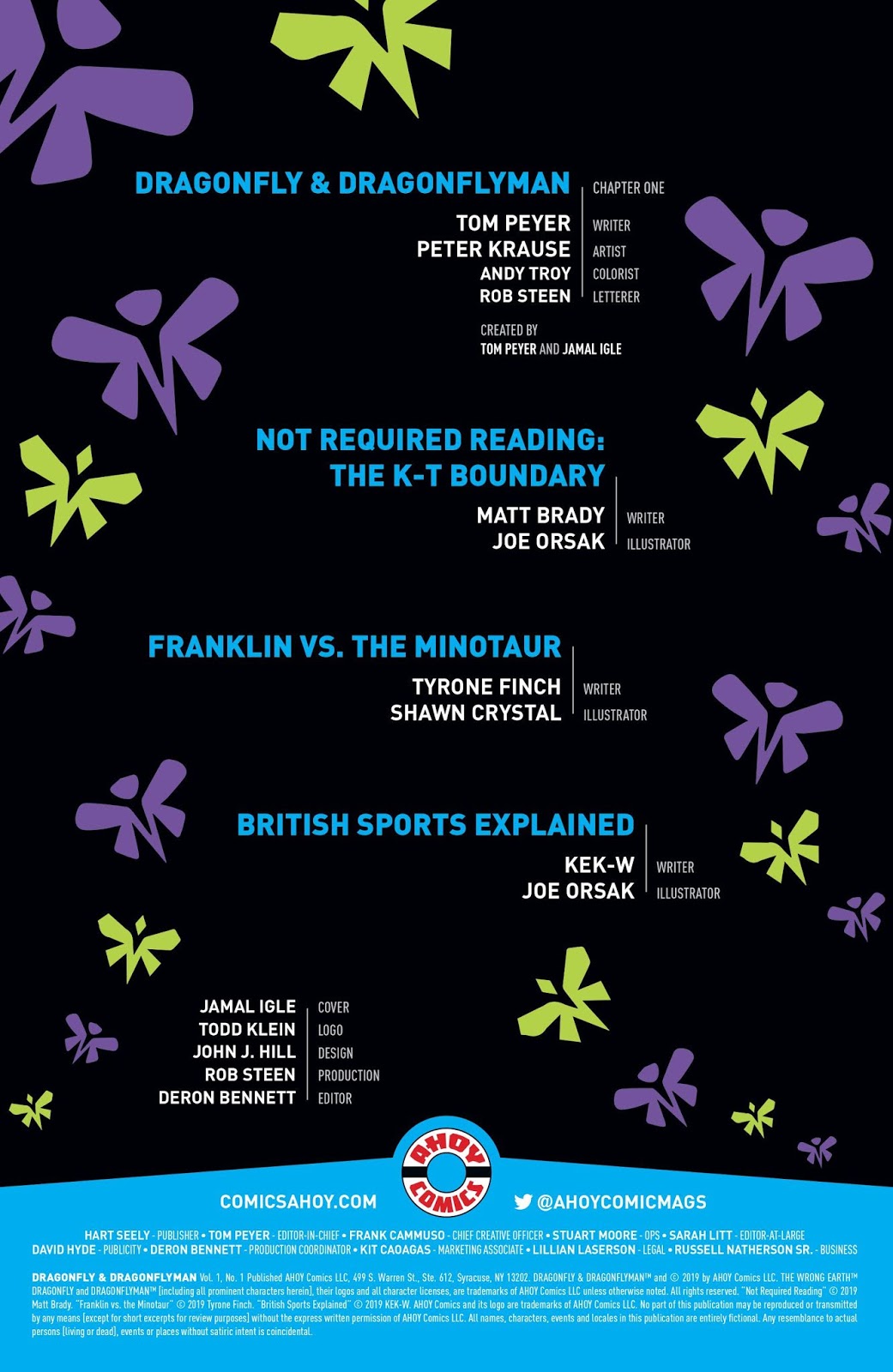 “These are the stories of two identical heroes, different as night and day,” said Tom Peyer, AHOY Comics’ Editor-in-Chief. “On sunny Earth-Alpha, upstanding millionaire Richard Fame dons the disguise of Dragonflyman to wage a campaign that's wholesomely anti-crime and pro-authority. The version of Richard Fame born on shadowy Earth-Omega is secretly The Dragonfly, an ultra-violent vigilante who operates beyond the reach of corrupt police.” 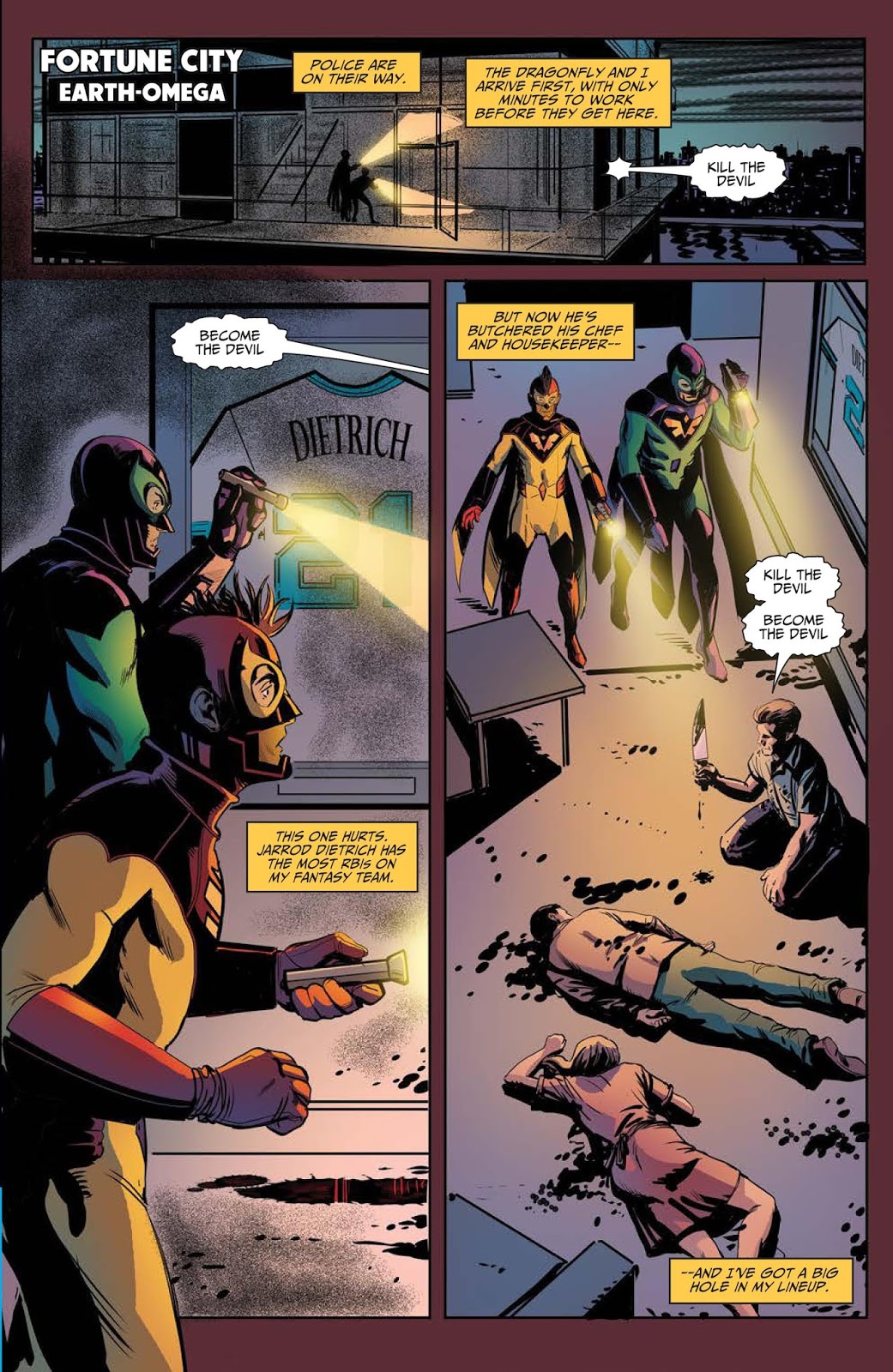 This prequel to THE WRONG EARTH follows gritty vigilante Dragonfly and his innocent, campy counterpart Dragonflyman--before they became trapped on each other’s earths! Can two versions of the satanic Devil Man corrupt both of their souls? 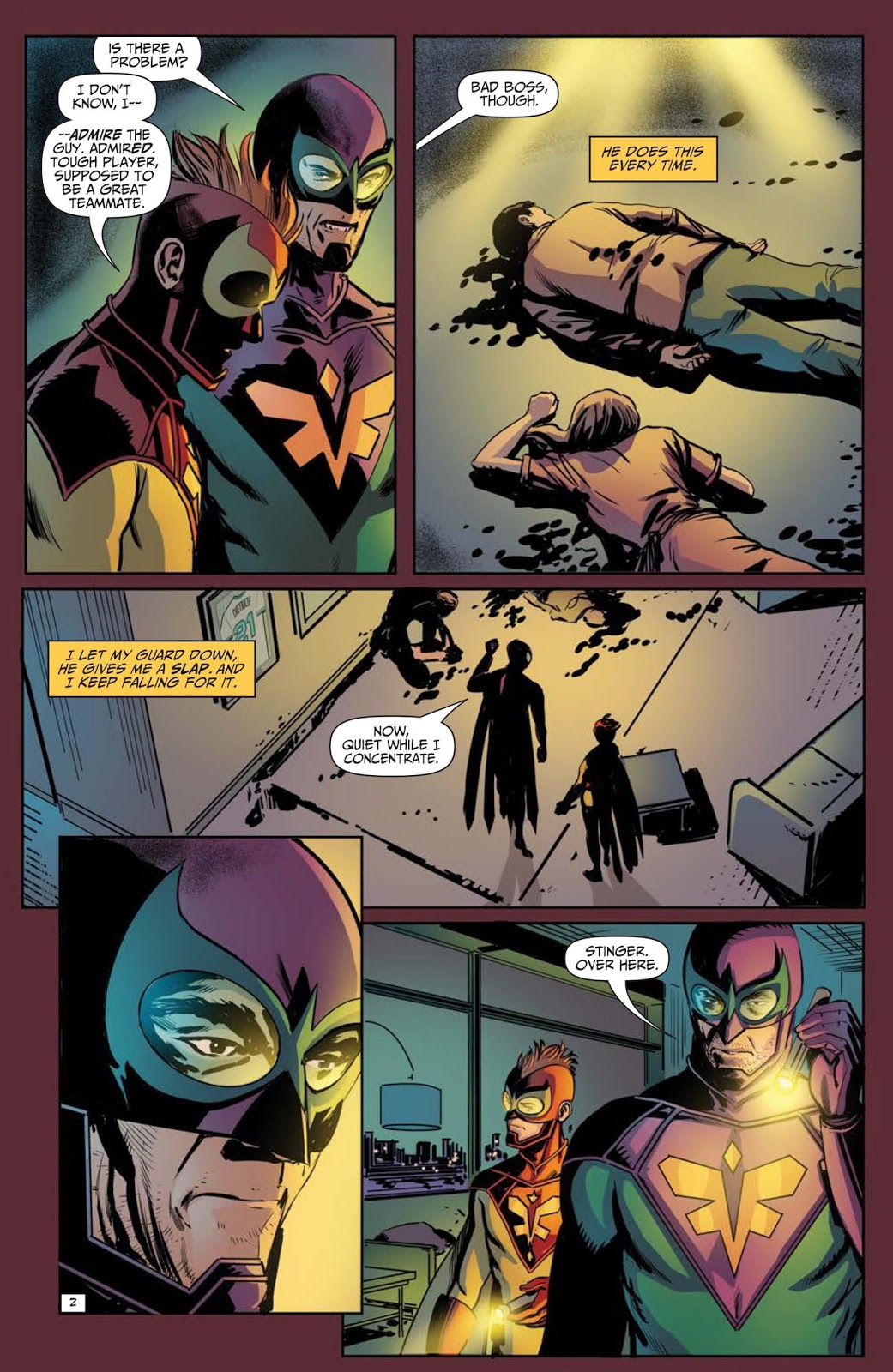 Like all AHOY Comics Book Magazines, DRAGONFLY & DRAGONFLYMAN’s debut issue will feature an assortment of extras, including: 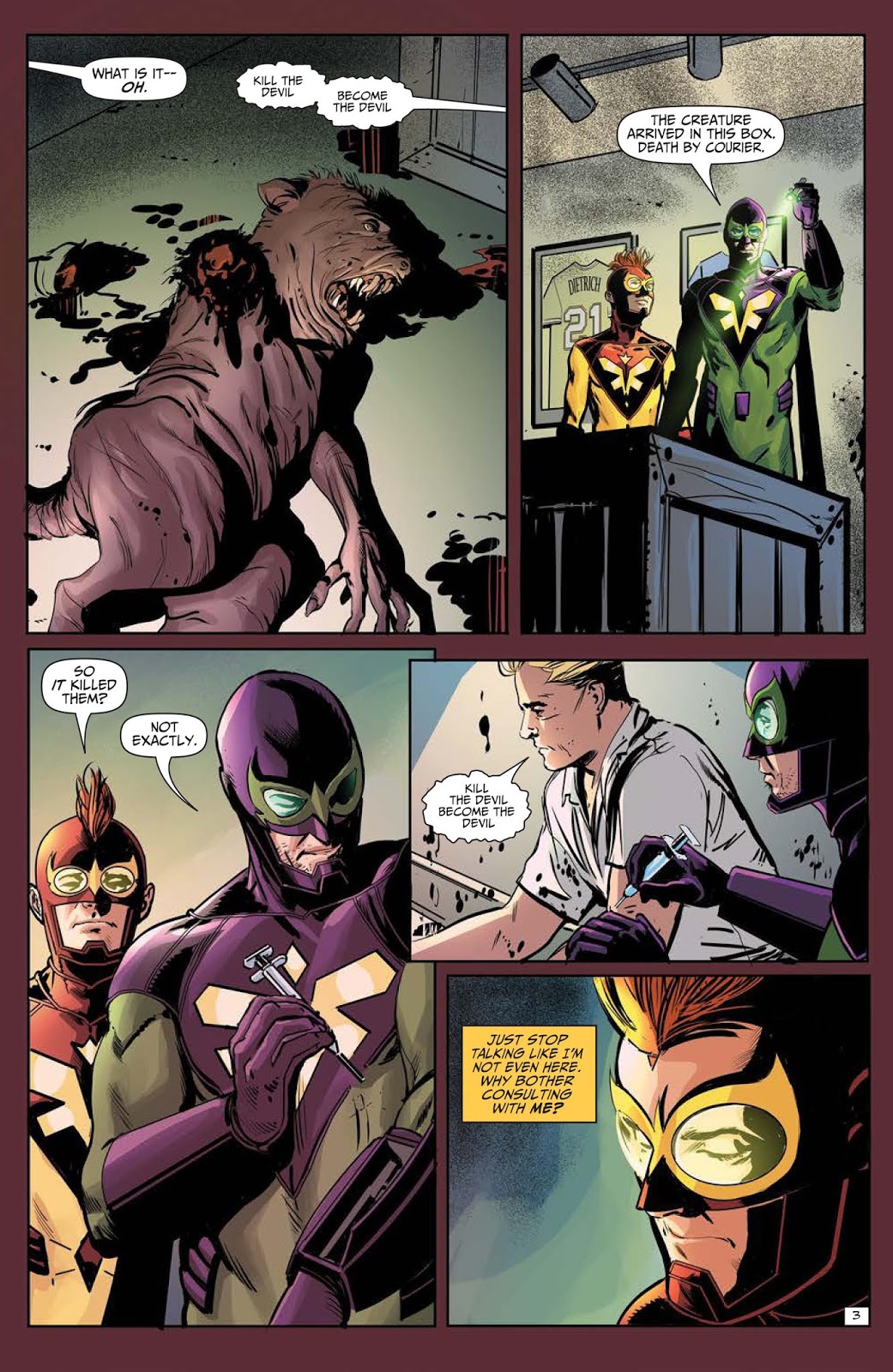 Since its launch in May of 2018, AHOY Comics has been shaking up the publishing industry with a bold new format: comic book magazines. The startup company is the brainchild of Publisher Hart Seely, an award-winning reporter whose humor and satire have appeared in The New York Times and on National Public Radio; two original editors of DC Comics’ Vertigo imprint, Tom Peyer and Stuart Moore; and Chief Creative Officer Frank Cammuso. 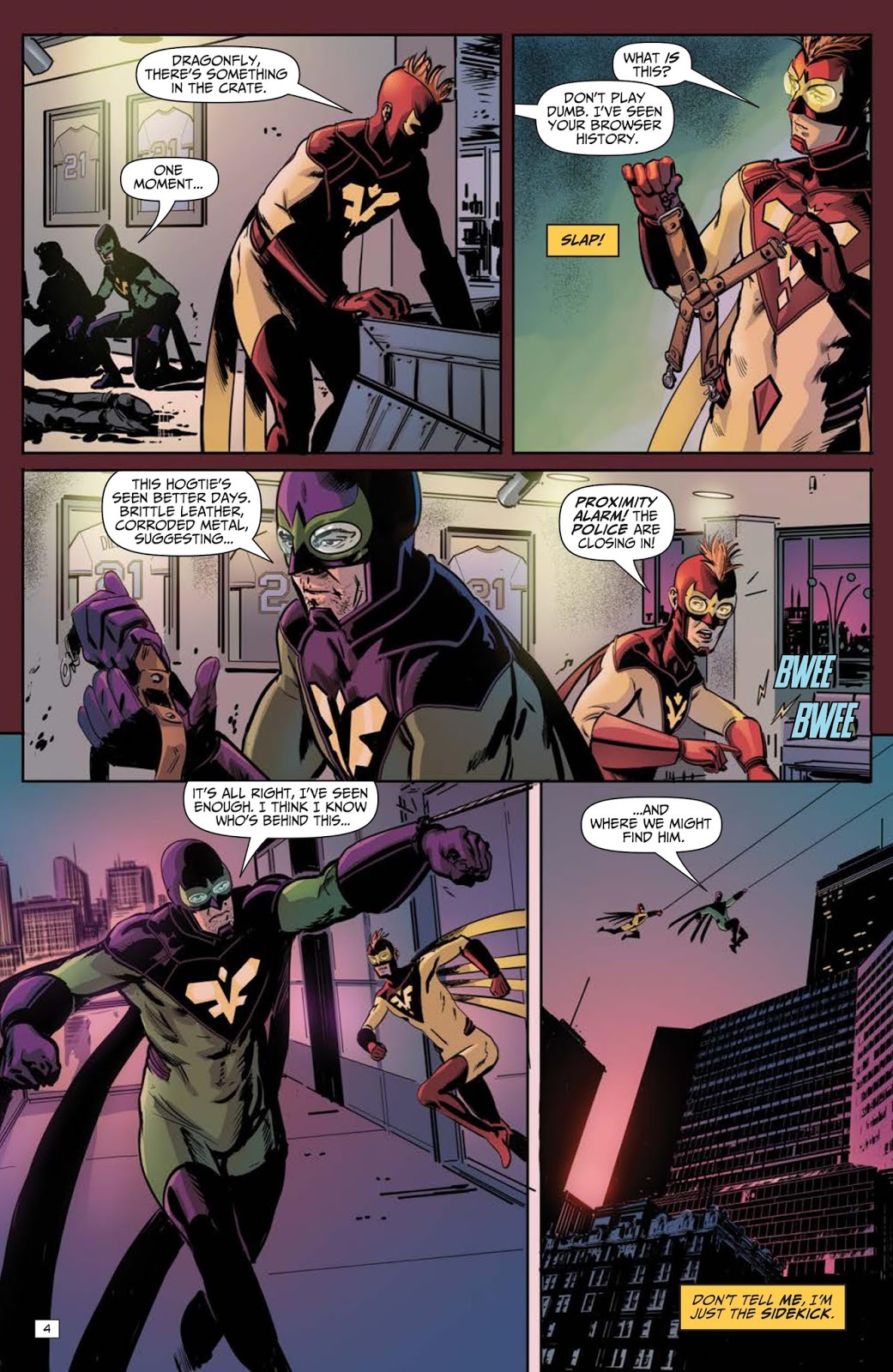 Here’s what readers are saying about THE WRONG EARTH:

“This series contains more entertainment than most contemporary comics and serves to remind readers of what they were always intended to be: fun.” — PUBLISHERS WEEKLY

“A fun and funny mash of silver age goofiness and grim & gritty superheroics. Such a fun idea and well done.” — John Layman