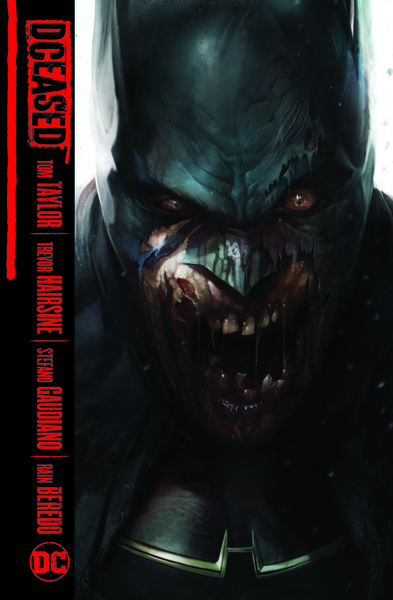 With all of that candy you’ve collected for Halloween, you’re going to need a good scary story to get you through the next few months while you’re eating all of it, and if you’re one of the few that have missed the best-selling miniseries DCeased, you’ve got your shot at redemption, as the hardcover collected edition of this fan-favorite series is available for pre-order now.

Written by Tom Taylor (INJUSTICE 2, SUICIDE SQUAD), with art by Trevor Hairsine and Stefano Gaudiano, DCeased pits the World’s Greatest Super-Heroes against a techno-virus that turns people into mindless, homicidal creatures of destruction. What’s worse is that none of the DC heroes are immune to this infection and are caught completely off guard by this new threat. If the world ends, what happens to our heroes?

DCeased has been an instant hit with fans and received high praise from the press:

“…an absolutely stellar series that any diehard DC or horror fan should check out.”

“DCeased has brought horror to the DC Universe in a big way.”

“If you’re any kind of fan of the DC Universe or horror, you need to be reading this book.”

This stunning hardcover collected edition includes all six issues of DCeased, plus the one-shot DCeased: A Good Day to Die, also written by Tom Taylor with art by Laura Braga, Darick Robertson, Richard Friend and Trevor Scott. A parallel story to the events of DCeased, Mr. Terrific leads a motley group of heroes to stop the impending apocalypse, hoping to succeed where the heroes of the Justice League have thus far failed.

This collection also includes some awesome bonus content, including a gallery of variant covers by artist Francesco Mattina, plus an incredible gallery of homage variant covers by Yasmine Putri and Tasia M.S. that pay tribute to current and classic horror films like It, A Nightmare on Elm Street, The Nun and others. 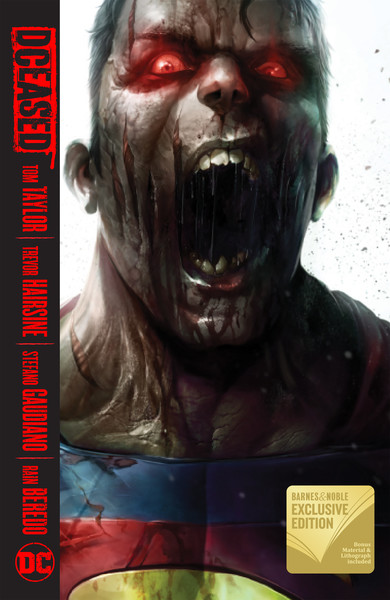 The DCeased Collected Edition Hardcover is also available for pre-order at all participating Barnes & Noble retailers, featuring an exclusive cover of an infected Superman, by artist Francesco Mattina, as well as a bonus gallery of variant covers featuring infected versions of DC heroes such as Batman, Batgirl, Nightwing, Red Hood and more.

The DCeased Collected Edition Hardcover is available in participating comic book retailers November 20 and arrives in book stores and online retailers on November 26. For more information on the World’s Greatest Super-Heroes, check out the website at www.dccomics.com.