Collecting issues #9-18 of the hit AfterShock series! Tensions run high as betrayal stings Jesse in a way she could have never imagined. Can Kyle shed his humanity enough to aid Jesse in her quest? Can Sandor forsake his bestial nature in order to save that which he loves? 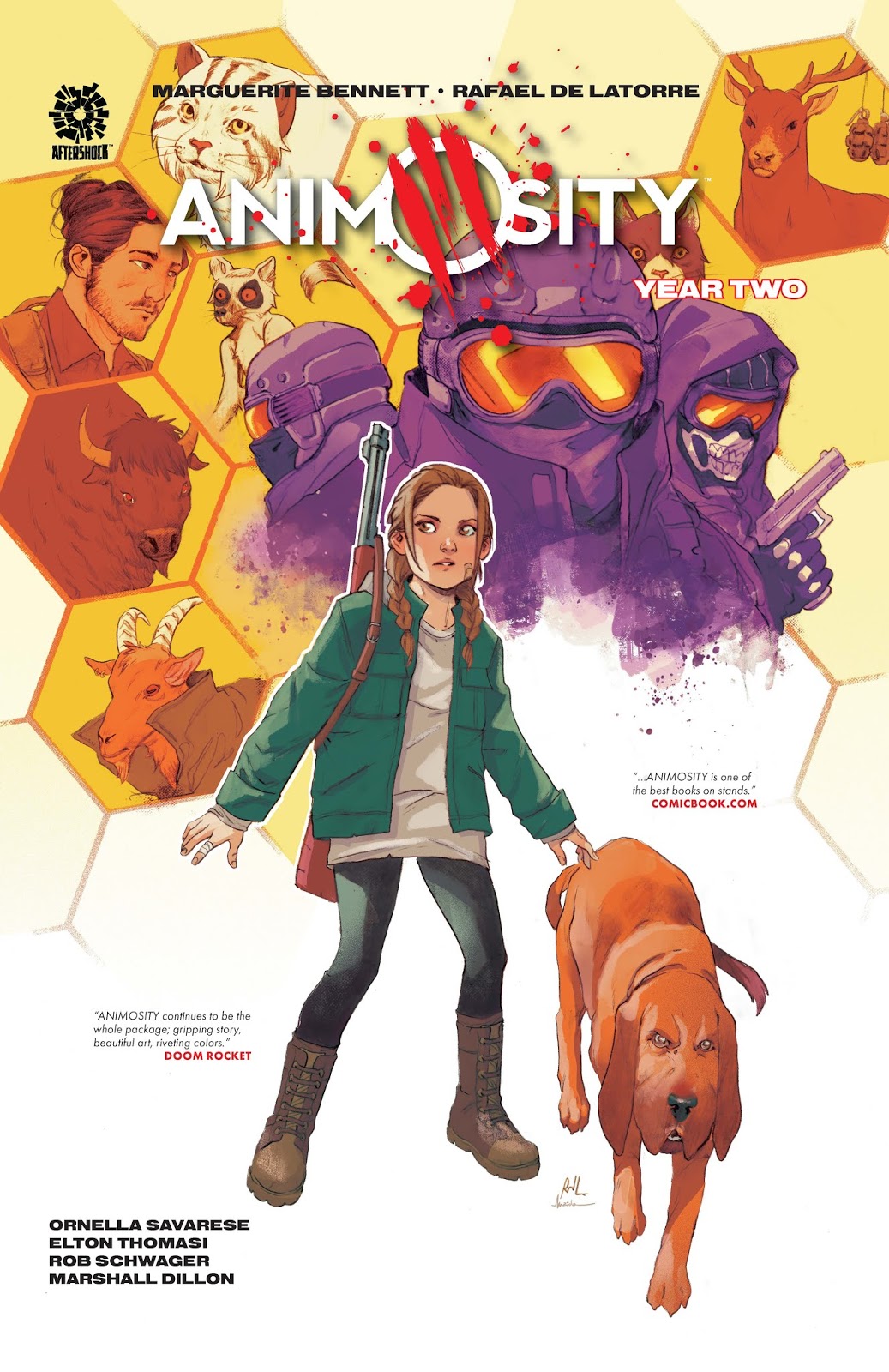 Follow Jesse and Sandor on their adventures, as they save a renegade colony of bees, struggle with betrayal from a close ally, and try to escape a city with sinister intentions beneath its utopian surface.

The Adventure Continues – in Hardcover! 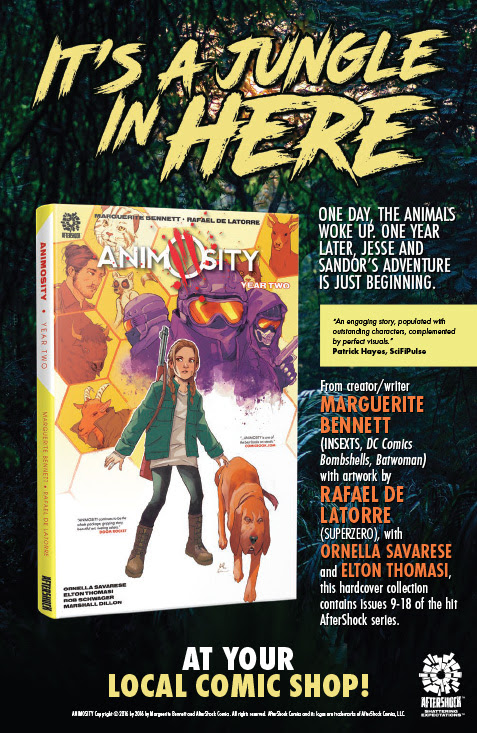