The World’s Greatest Heroes come to terms with their loss, and exactly what it means, in this shocking first look at this week’s Justice League #35. 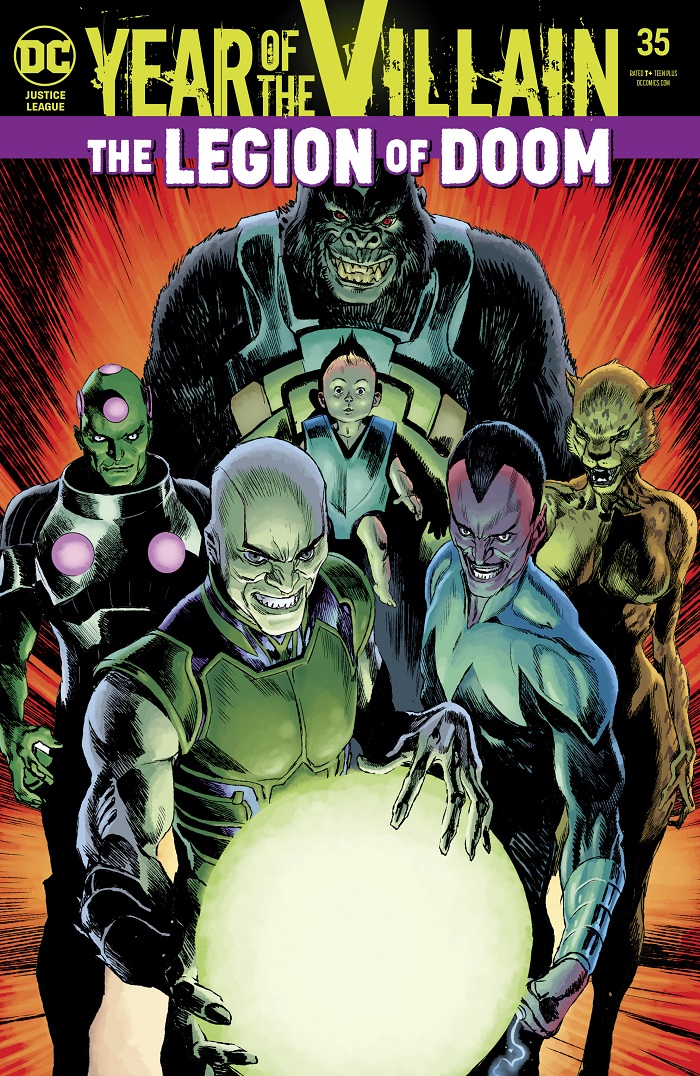 But what happens when it’s still not enough?

To defeat the Legion of Doom and Perpetua, the Justice League have traveled back and forward through time. They’ve rounded up heroes from all throughout the Multiverse and have won the support of the Monitor, Anti-Monitor and World Forger. They’ve gathered pieces of the totality—the key to defeating the increasingly powerful Perpetua. They’ve even won crucial support from unlikely allies like Vandal Savage and his Legionnaires Club. It’s been one of the most impressive efforts ever seen in the DC Universe and it still wasn’t enough. Doom won. Lex Luthor is triumphant, and the Justice League is now left to ponder exactly what that means for the world. Justice League #35, which marks an important turning point for the Year of the Villain, reveals a League that is reeling, uncertain what happened or what to do now. Will they find a way, even now, to rally back and defeat Perpetua? Perhaps, but in this exclusive first look, that sort of hope is nowhere to be seen.