Action Comics #1017 First Look: Metropolis...Wrecked by the Legion of Doom?

What exactly happened at Metropolis’s Shuster Park? In last month’s Action Comics #1017, we saw that the entire thing had been destroyed in what appears to be an epic, casualty-laden battle between the Justice League and the Legion of Doom. But what started it? Why do Superman, Batman and Wonder Woman seem to be the only three League members still standing? And what does the Red Cloud have to do with any of it? 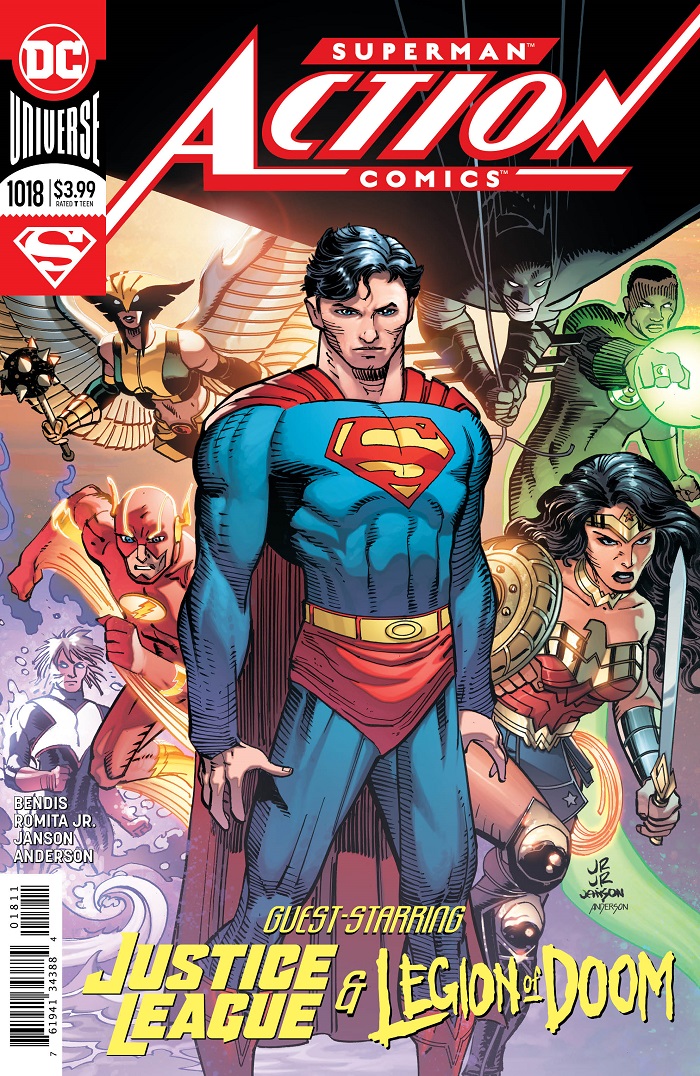 The Legion of Doom levels the Justice League—and much of Metropolis—in this time-hopping first look at Action Comics #1018.

It’s all a big, explosive mystery, and more threads are unraveled in the second chapter of “Metropolis Doom,” which arrives next week in Action Comics #1018. Leviathan and the Invisible Mafia are at war on the streets of Metropolis, with none other than Lex Luthor caught in between. Oh, I’m sorry, did I say “caught”? That’s silly because we know if there’s one thing that Luthor likes to be, it’s right in the middle of the action. And this particular action seems to be leading to a confrontation between some of the most powerful organizations in the DC Universe. So again, I have to ask…what’s Red Cloud’s involvement? Why does it seem like she’s somehow to blame for it all?

In this exclusive first look at issue #1018, we go back long before any of this, when Robinson Goode was an intrepid reporter working for the Star Sentinel and trying to uncover the latest S.T.A.R. Labs misdeeds. She’s a far cry from the super-villain she’d become, let alone someone determined to bring down much of Metropolis. So, what happened? Well, check out the preview, give us your best guess, and we’ll see you when Action Comics #1018 is released on New Year’s Day!