The galaxy's greatest hero saves Earth once again in June with the help of another band of iconic comics characters in ARCHIE MEETS FLASH GORDON! The one-shot comic book issue features all the heroes and villains of both worlds in a history-making sci-fi comedy adventure. 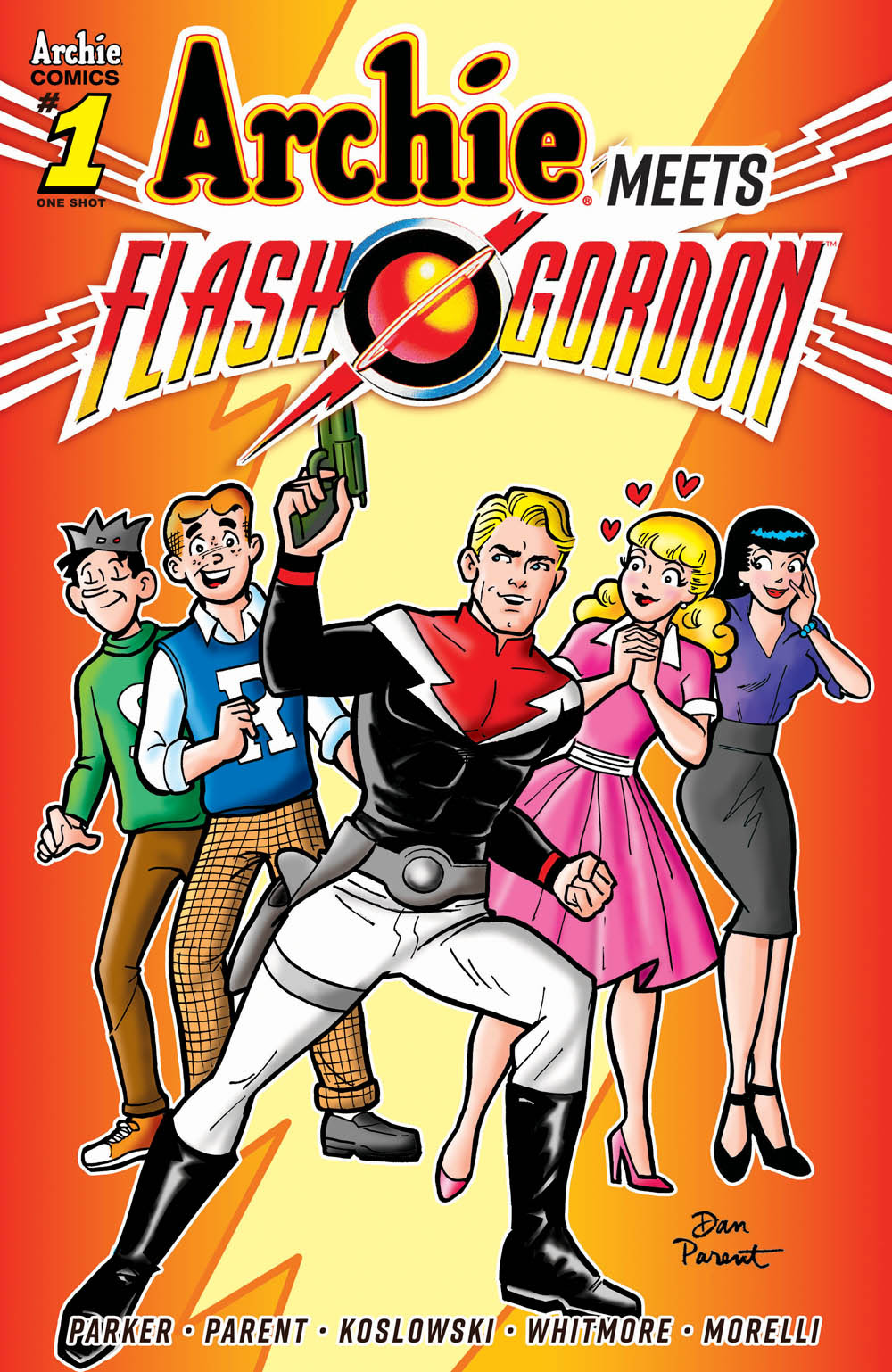 Comics icons team up to save the world in ARCHIE MEETS FLASH GORDON #1 by Jeff Parker and Dan Parent!

Written by Jeff Parker (Flash Gordon, ARCHIE MEETS BATMAN '66) with art by Archie veterans Dan Parent (ARCHIE MEETS THE B52s) and Rich Koslowski, the action-packed crossover kicks off when classic Flash Gordon nemesis Ming the Merciless attempts a full-scale invasion of Earth via Riverdale. Flash is on the scene, but he'll need help from Archie and the gang to set things right!

“I’m now a pretty big believer that the Riverdale gang can fit with practically any other characters and genres,” Parker said, “but it’s best when they get to really flex and go way outside their zone like say, the planet Mongo with Flash Gordon, King of the Impossible. This, of course, coincides with the sad passing of cinema great Max Von Sydow who was the most memorable Ming the Merciless, and wait until you see our take on the Emperor of Mongo.”

The interplanetary crossover re-teams Parker with artist Dan Parent, who previously created another pop culture mash-up with ARCHIE MEETS BATMAN '66. Parker added, “I wanted to write more Archie and more Flash Gordon, so this really clicked for me, and I tried to laser in on tailoring this to be a story Dan Parent would enjoy drawing. He hasn’t yelled at me yet, so fingers crossed!”

“I was more than thrilled to work with Jeff again,” Parent said. “And what could be better than working with a classic character like Flash Gordon? The story has so much action and fun, it really jumps off every page! As a fan of the classic comics and movie serials (and the 1980 movie which I happened to watch again before I was approached with this project), I was excited to take part in another monumental Archie team-up. I'm happy to work with my pal Rich Koslowski on this, too!”

For Archie Comics and King Features, this new adventure is a natural pairing of two global fan-favorites with deep roots in comics going back nearly a century. “Flash Gordon is an iconic, sci-fi/pulp hero, and in the long tradition of great, off-the-wall Archie crossovers, this seemed like a perfect next step,” said Archie Comics Co-President Alex Segura. “When we were thinking of creative for this, Jeff Parker, who did a bang-up job on ARCHIE MEETS BATMAN '66, was atop our list. And no one is better equipped to give this one-shot the classic, retro-but-modern vibe that it demands than Archie legend Dan Parent. This book will be fun, accessible, and just what people are looking for.”

“King Features and Archie Comics are a great team, so having our beloved characters, FLASH GORDON and the ARCHIE kids, team up, too, is an exciting moment for both of these classic brands” said Tea Fougner, editorial director, King Features Syndicate. “To top it off, to work with such amazing talents like Dan Parent and Jeff Parker is an honor. Their love for all of these characters shines through every page, and we’re thrilled to share this story with fans new and old.” 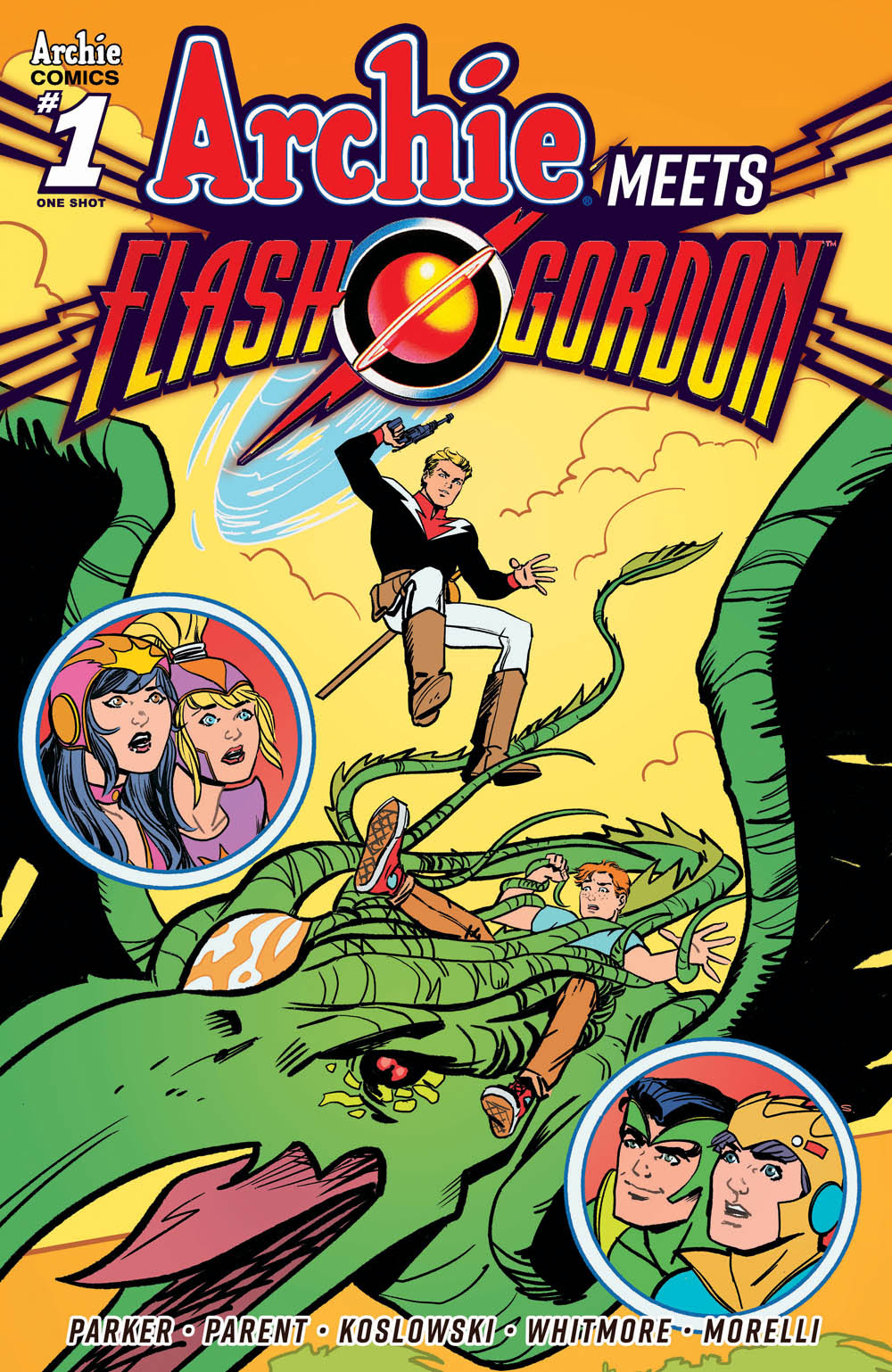 
A strange phenomenon occurs, leading to an alien crash-landing in Riverdale. Fortunately, someone arrives on the scene to save the day: FLASH GORDON! A conqueror from another world wants to colonize Earth and he’s close to sustaining a portal that could let his warships through—which leads Flash Gordon, along with Archie and his friends, to the Planet Mongo in this special crossover event!