Every child loves getting dressed up like their favorite character. But what happens when a child’s admiration for that fictional character goes too far? 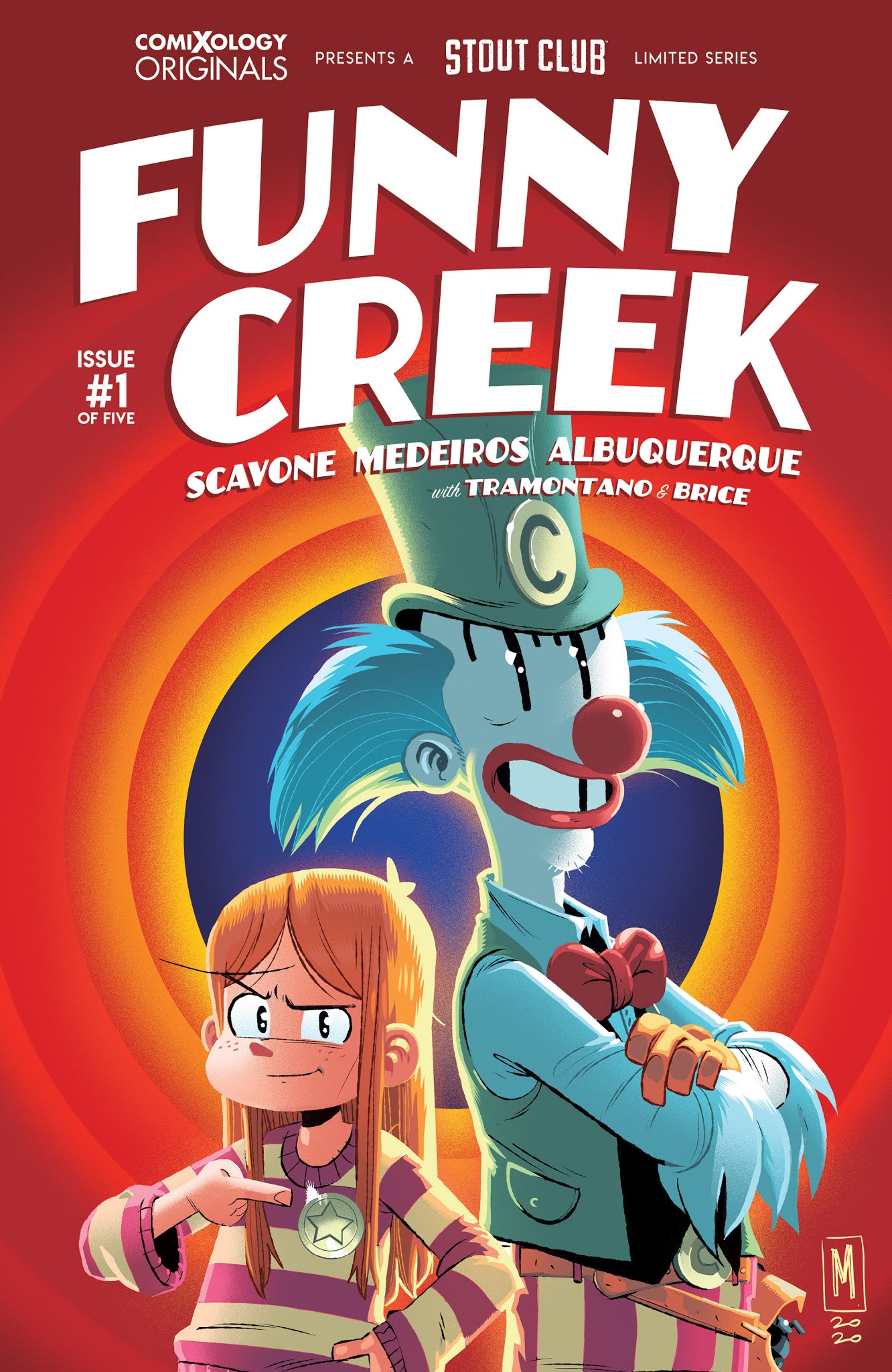 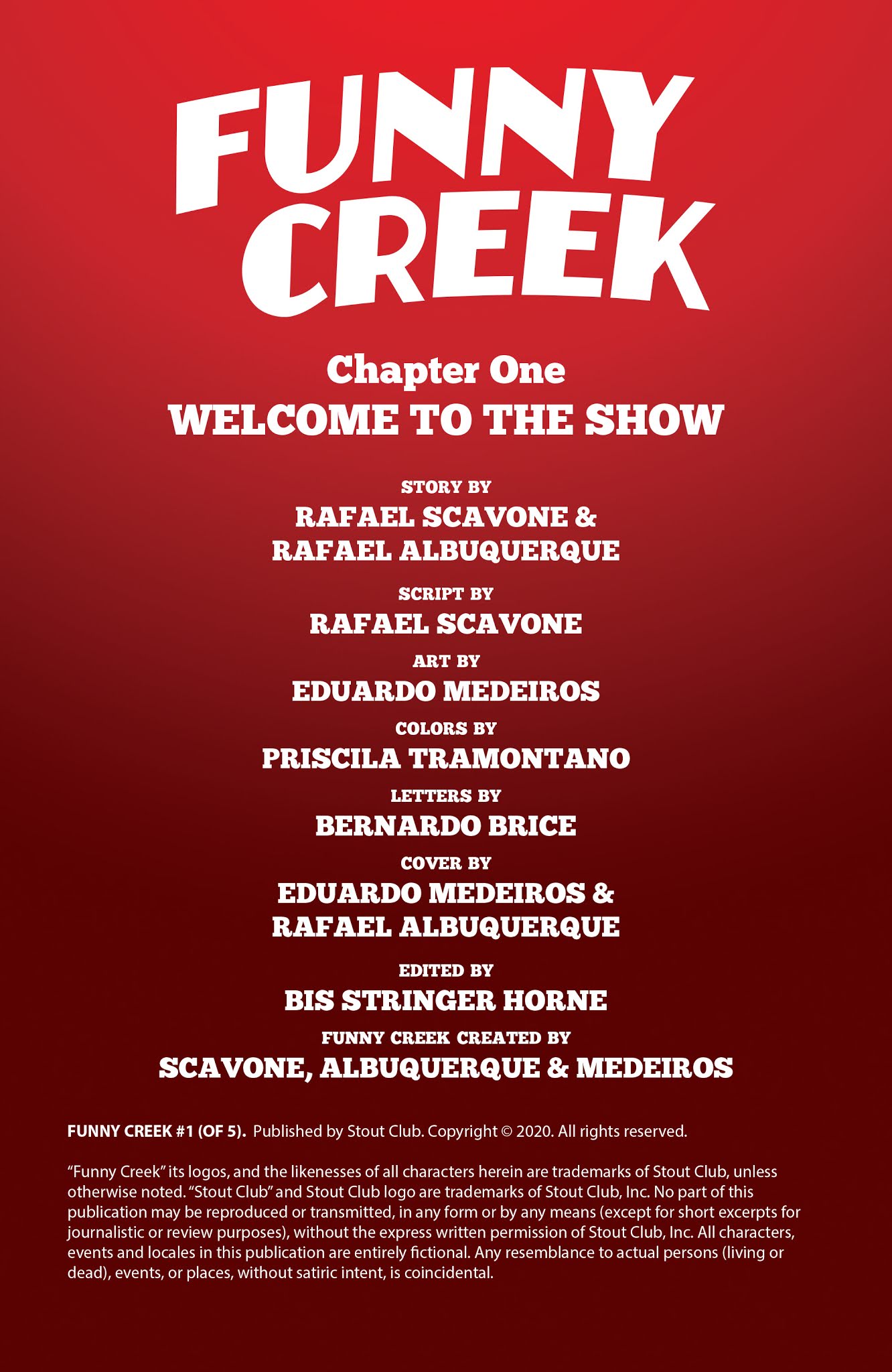 Set in 1985, young children Lilly and Andy are great friends who both admire the animated wild-west themed TV show Funny Creek. When a terrible tragedy occurs, Lilly finds herself trapped inside her favorite cartoon inhabited by good boys, bad boys and clowns. But the bright world of Funny Creek isn’t as far from the pains of the real world as she had hoped. She joins with Clumsy and Cody to face the devilish villains of Cold Joe and his gang of goons in a showdown in Funny Creek Town. But being a hero isn’t as simple as she thought. As Lilly is pushed deeper into the adventure she is forced to deal with the consequences of her actions—not only inside The Funny Creek show, but also in the real world—and must overcome her troubles and make her way home. 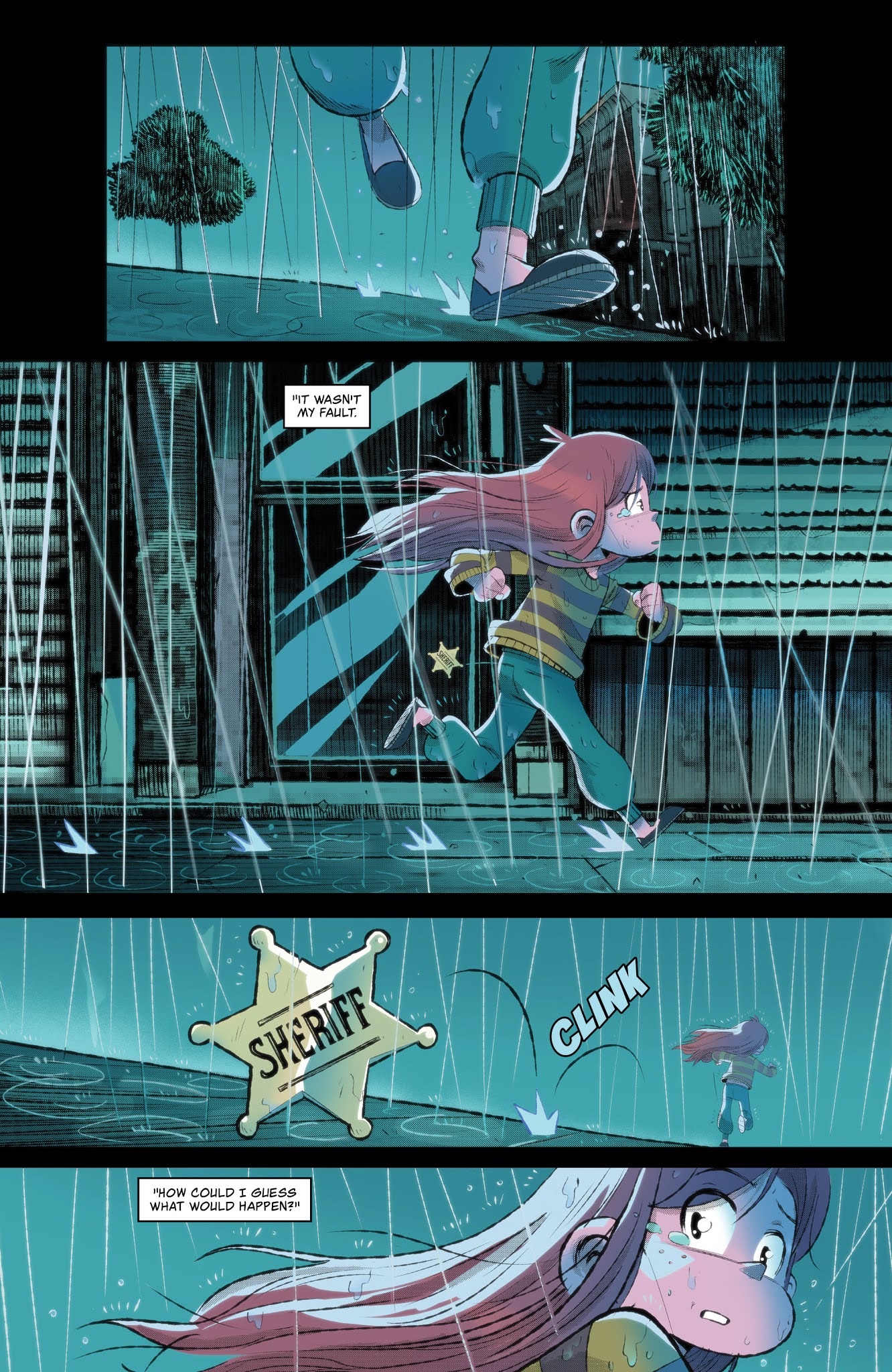 “Funny Creek is a very dear project that we’ve been planning for years with Eduardo Medeiros, our longtime friend and partner in the Stout Club,” say writers Rafael Albuquerque & Rafael Scavone. “In many ways, it’s a story about friendship. It’s also a story about growing up in a culture that idolizes violence, a place we all have been as children. It’s a very special project for the three of us, a story we believe needs to be told. So, it’s a pleasure to have it as our debut title on comiXology and Kindle across the globe.” 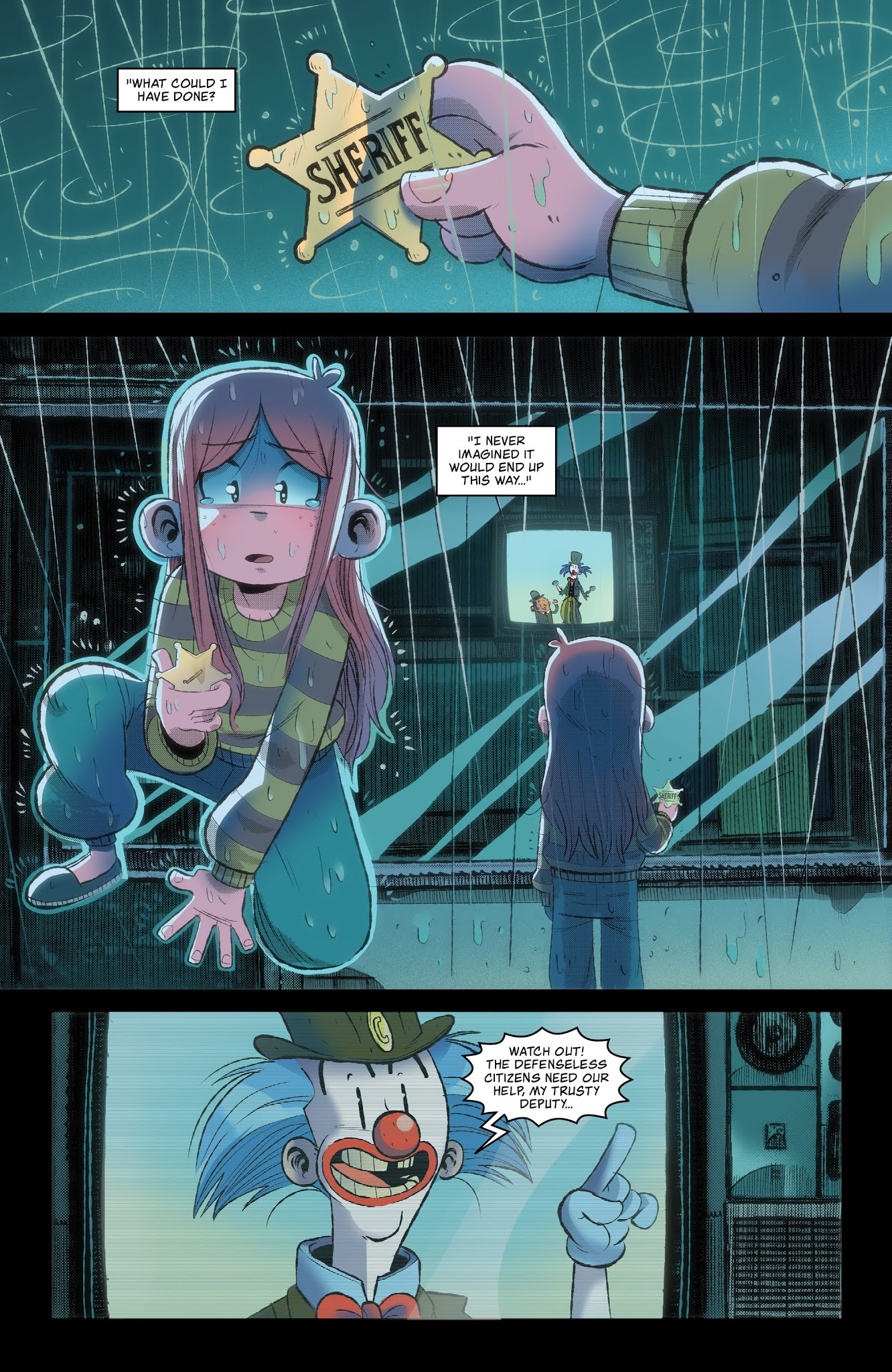 “We’ve wanted to collaborate in a new project for a long time and finally decided on a book aimed for young readers, which is not our comfort zone at all,” says Albuquerque. “While brainstorming ideas, heavy subjects kept coming to our minds, and we decided that we should not avoid, but embrace them—figuring out how an 8-year old kid would deal with things like loss, guilt and grief. That was the path where we found something unique and interesting for both young and mature audiences.” 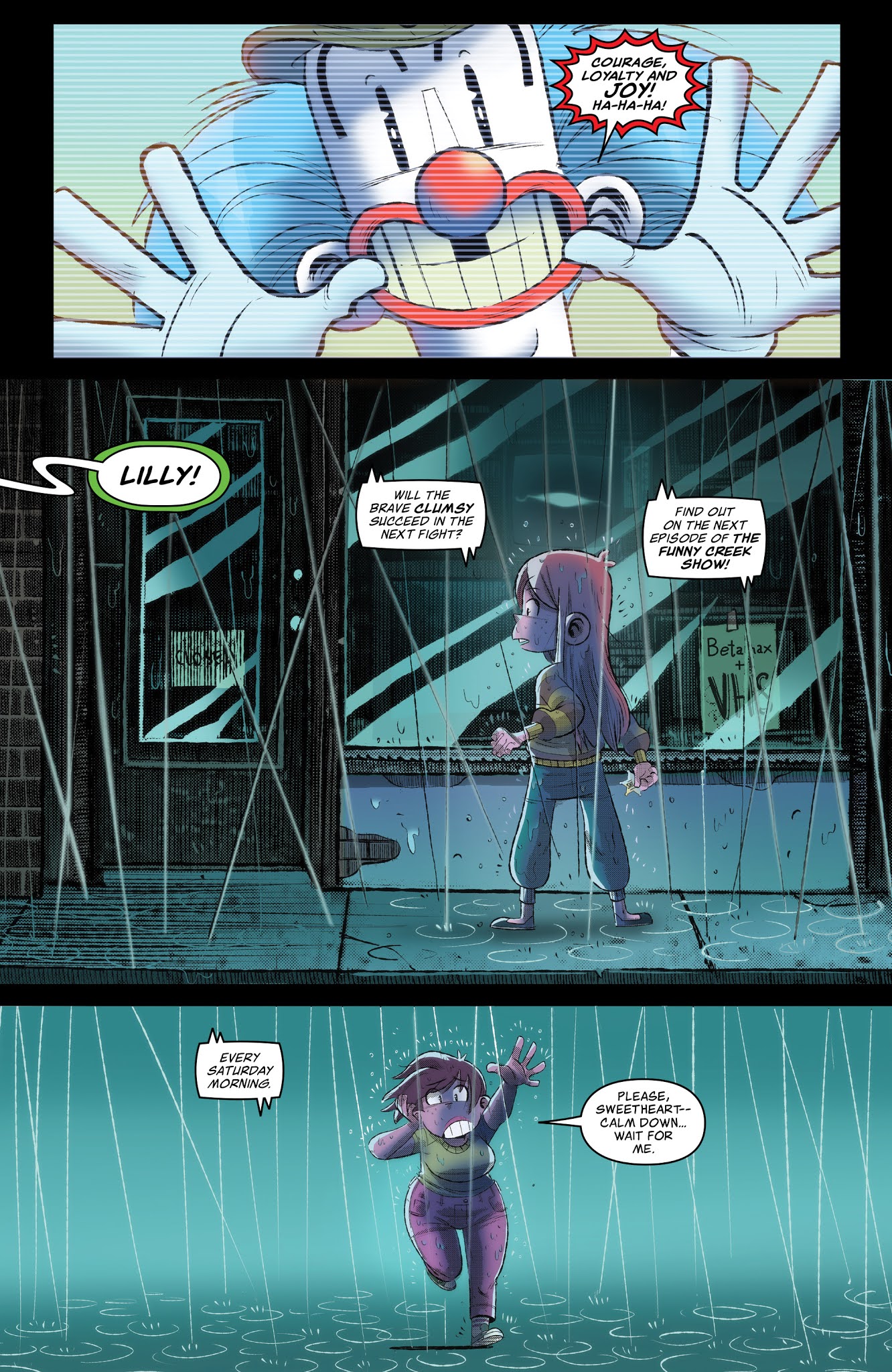 Funny Creek deals with the banalization of violence on our society and its potential consequences. Scavone, Albuquerque and Medeiros' simple "cartoon" characters become deeper and more layered than at first sight. It is a powerful and poignant story about childhood innocence, violence in society and how children process trauma and cope with guilt. 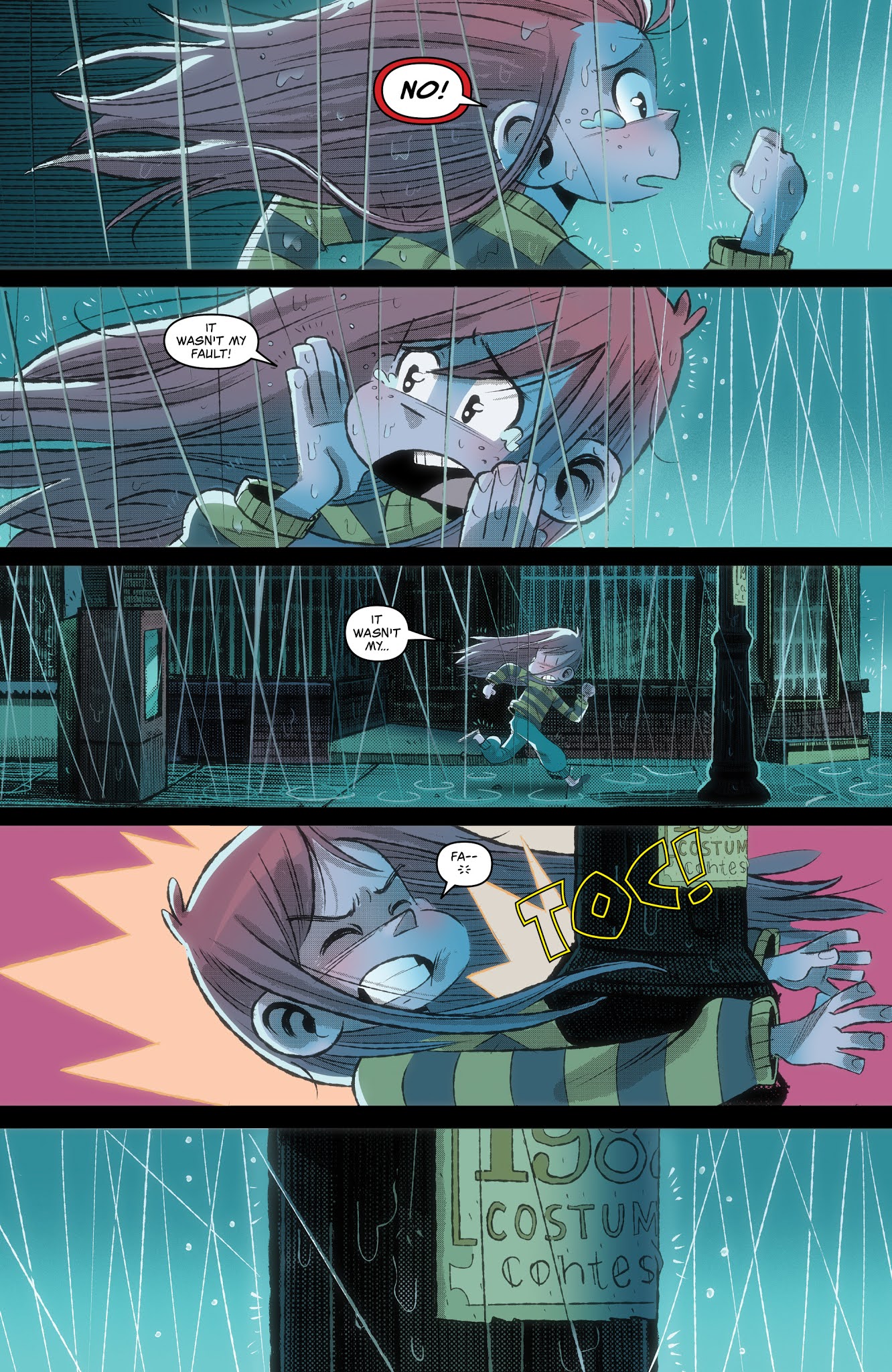 “Guilt is a tough subject for adults to deal with, but it’s even harder from a child’s point of view,” says Scavone. ”The most beautiful in how children communicate — and the most challenging to someone trying to represent it! — is that it is absolutely simple, and yet so rich in meanings. I faced many of my dilemmas as a young and as an adult Rafael, while writing this story. And each time I see Eduardo’s unique art over my script it gives me a sense of magic and growing up.” 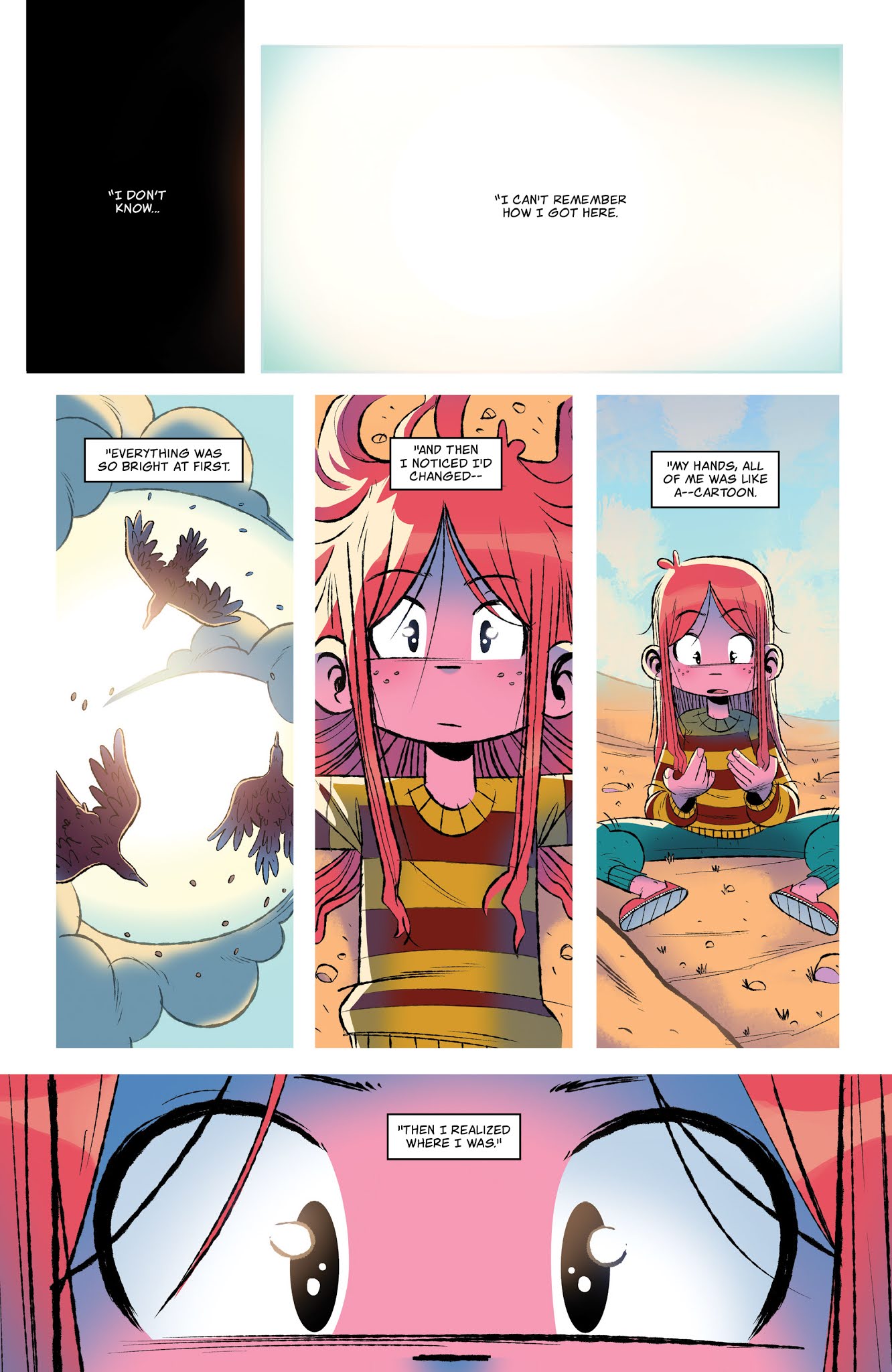 .
“This is a project which I put my heart in,” says Medeiros. “We spent almost three years meeting, exchanging ideas, writing and rewriting to reach what Funny Creek has become. It's a comic that tells a lot about what we believe and I see very clearly each one of us in it. It was and will always be a pleasure to work with my talented friends Rafael Scavone and Rafael Albuquerque and I couldn't be prouder of the final result. Courage, Loyalty and Joy!” 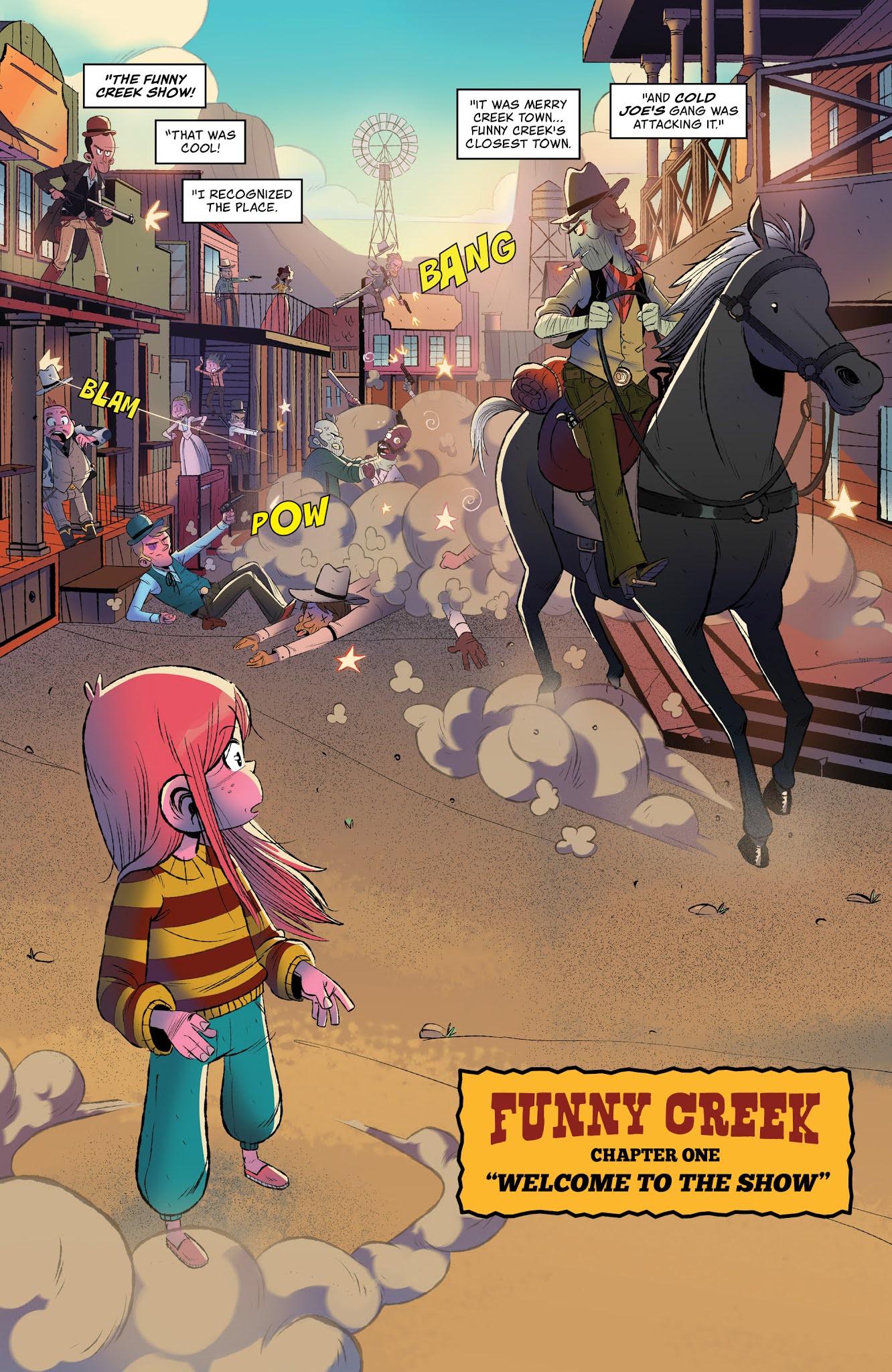 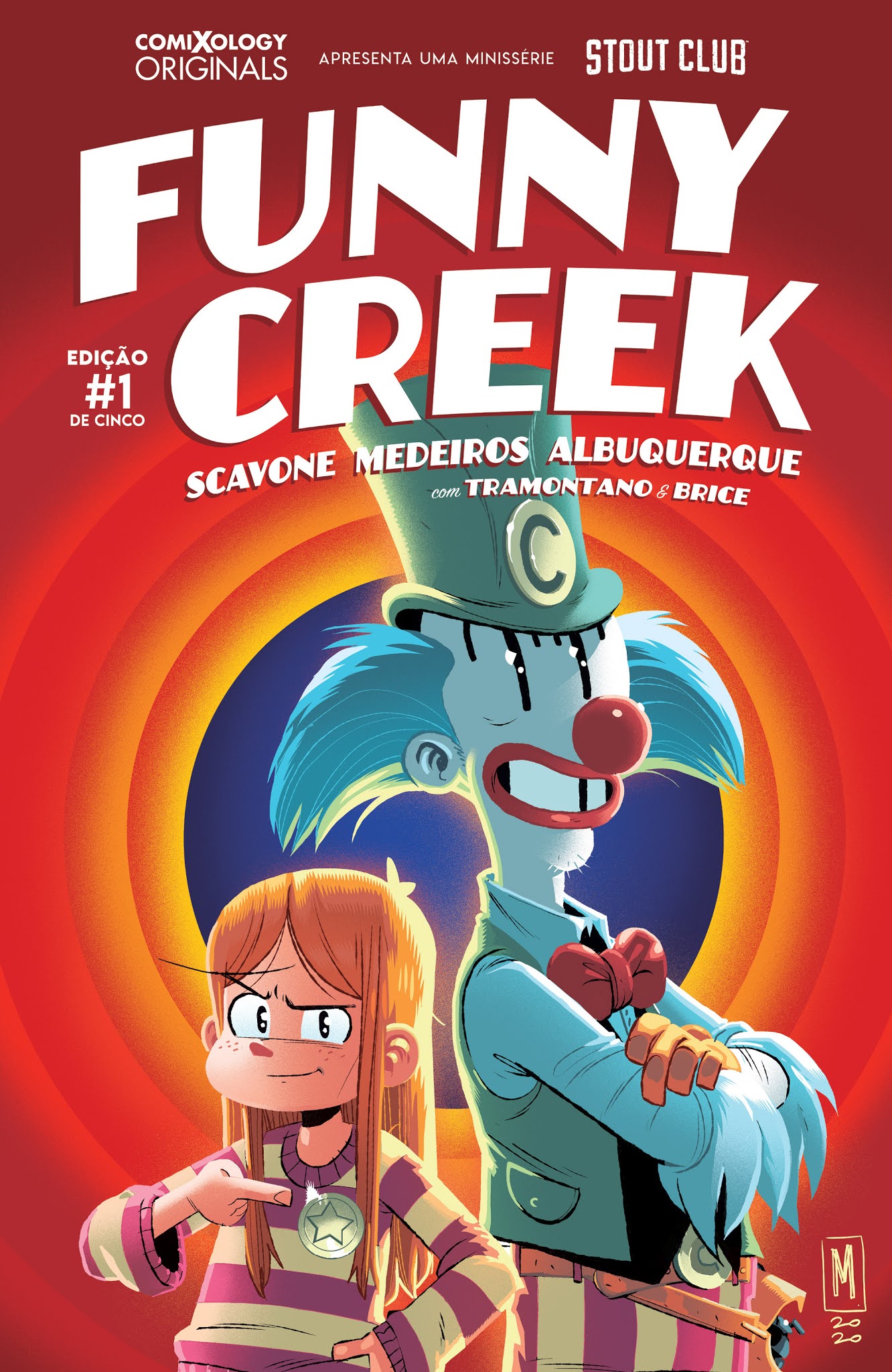