All in print, all together, all for the first time! Action Lab: Danger Zone is pleased to present the complete collection of John and Ben Matsuya’s MIDNIGHT MASSACRE! This graphic novel is perfect if you’re a fan of Scott Pilgrim Vs. The World, Shaun of the Dead, Cabin in the Woods, or Adventureland. An amusing horror story guaranteed to make you smile as much as gasp, MIDNIGHT MASSACRE will be available on September 23rd at a comic store near you! 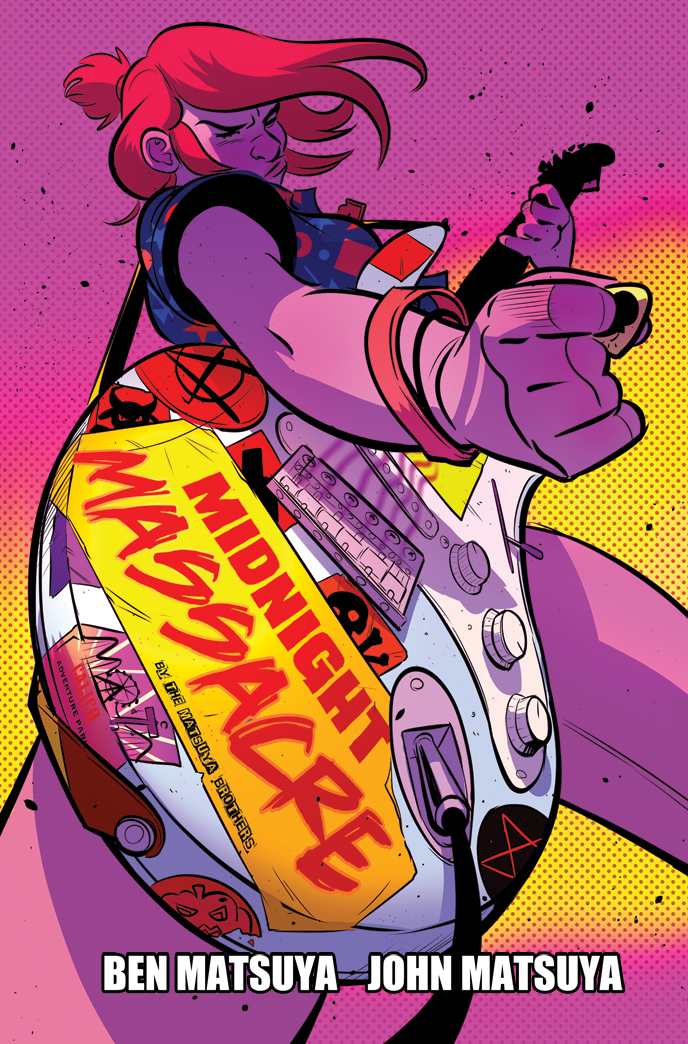 MIDNIGHT MASSACRE
Writer Name(s): John Matsuya and Ben Matsuya
Artist Name(s): Ben Matsuya (Pencils), Ben Matsuya (Colors)
Cover Artist(s): Ben Matsuya (#1/#4), Jasen Smith (#2), Megan Huang (#3)
Editors: Shawn Gabborin, Nicole D’Andria
Color Assistant: Aaron Daly, Erin Fekete
Fonts: Blambots
160 pgs./ M /FC Cover
$14.99
Halloween is on the horizon for the visitors of Calico Adventure Park,  and the park’s executives have been hard at work preparing for their annual extravaganza, the park’s “Midnight Massacre”. But this year’s main event is going to be more horrifying, more visceral, more realistic, and more unexpected than any of the park’s visitors could ever realize. We’re not talking about employees in suits, folks. We’re talking monsters—the real deal. And when all hell breaks loose, it’s up to Amy Nicholson, a jaded games booth employee and her friends to save the park, the town, and maybe even the world. 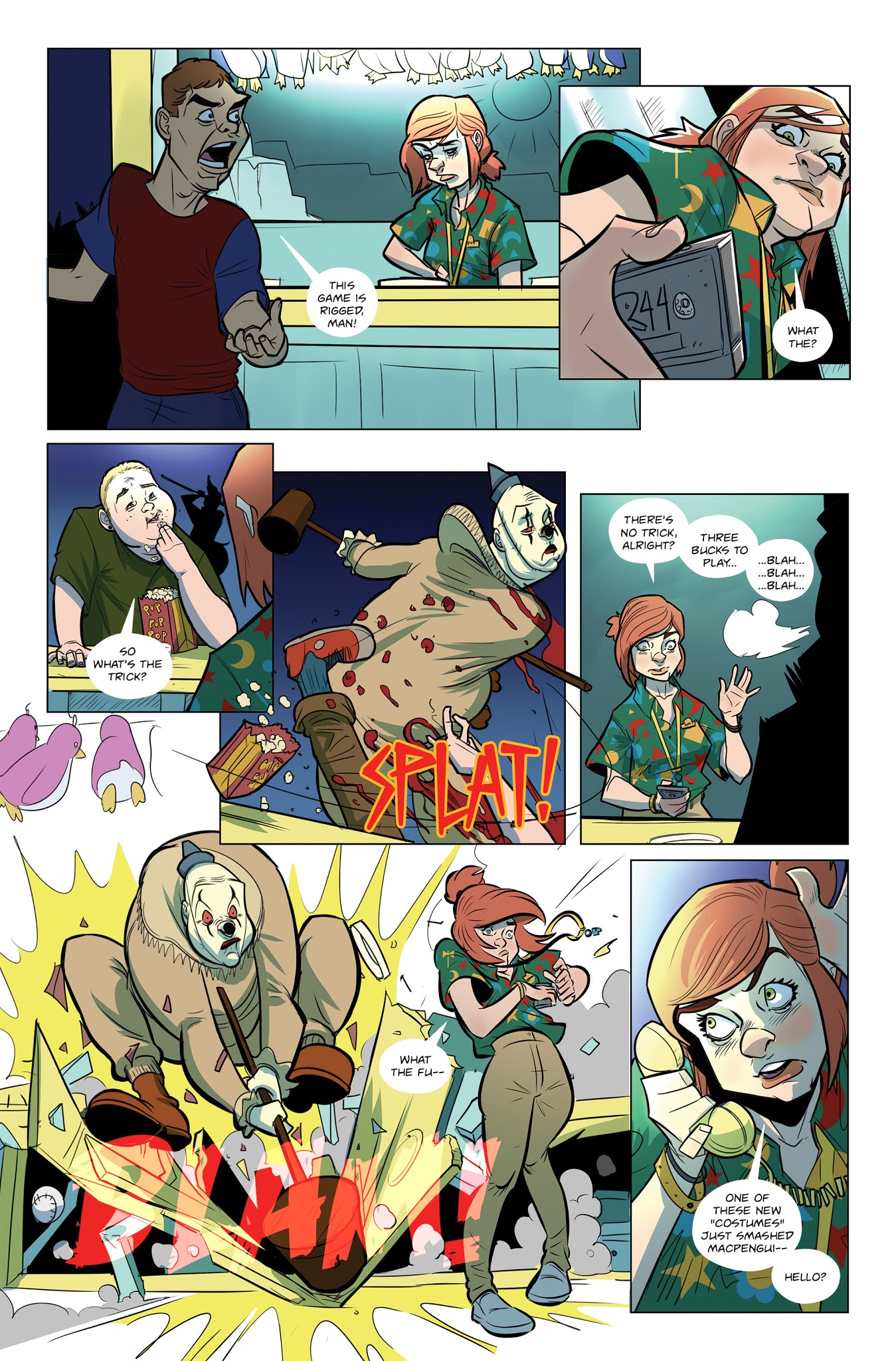 “If you’re looking for a comedic romp about a girl who’s working the Halloween shift at the amusement park, wasting away her talents and her passions, that’s extremely specific of you... But also, exactly what MIDNIGHT MASSACRE is about!” Creators John and Ben Matsuya quip. “We’ve got the undead, punk rock, roller coasters, Halloween, thrills, romance, late-stage capitalism, and maybe… just maybe a moral? It’s all the fun of waiting in line combined with a marauding horde of monsters!” 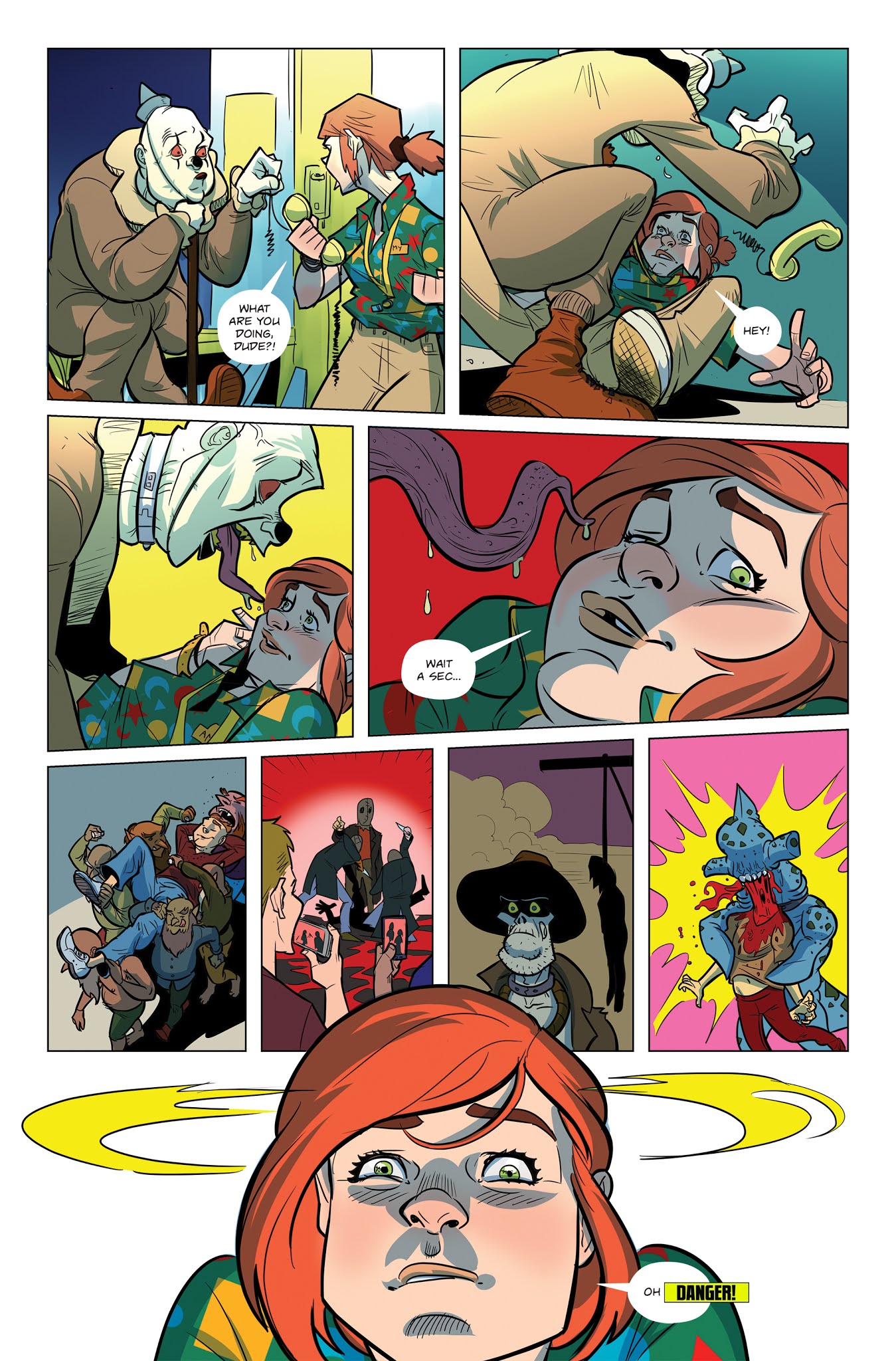 Not only is their story an amusing delve into the spectacular and supernatural, but in it’s own way, an insightful observation about the world around us. This story isn’t only their attempt to entertain, but an honest extension of the hand to readers who might be in a similar place in their lives to Amy. “If you’ve ever been stuck at a dead-end job (which I’m sure all of us have had at some point), you feel like something is wrong; that the system isn’t working for you.” The Matsuya brothers explain. 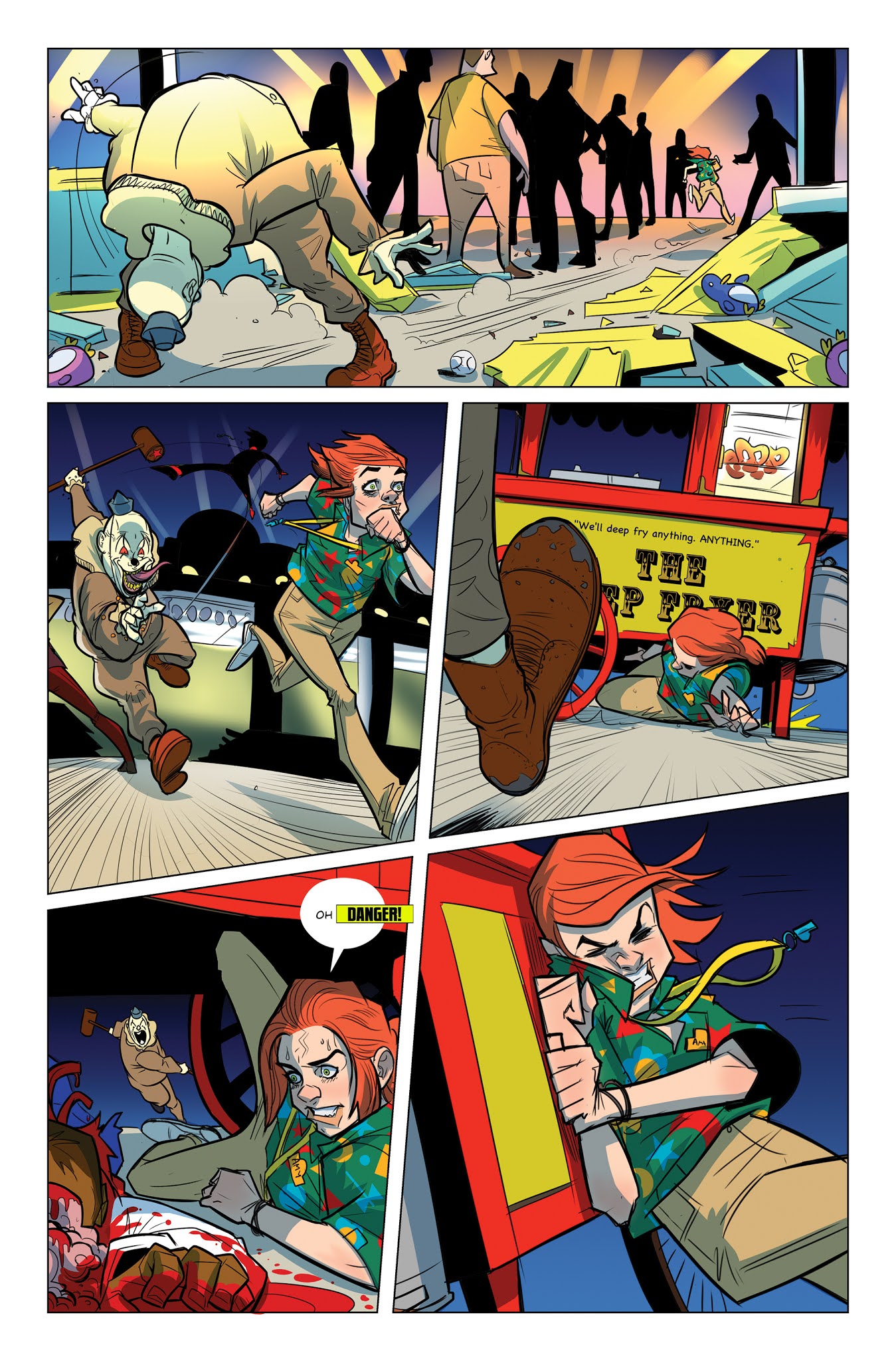 They continue, “How is your boss the dumbest person alive? How are the least qualified people tasked with the most amount of responsibility?”
Both John and Ben chose to pursue their creativity, but following the 2008 recession, they both took on jobs which put them in a feeling of stasis that they attempt to describe throughout their tale—One in a white-collar workplace, the other in the very theme park position that Amy holds in the story. It was that experience that drove them to share a story like 'Midnight Massacre.' 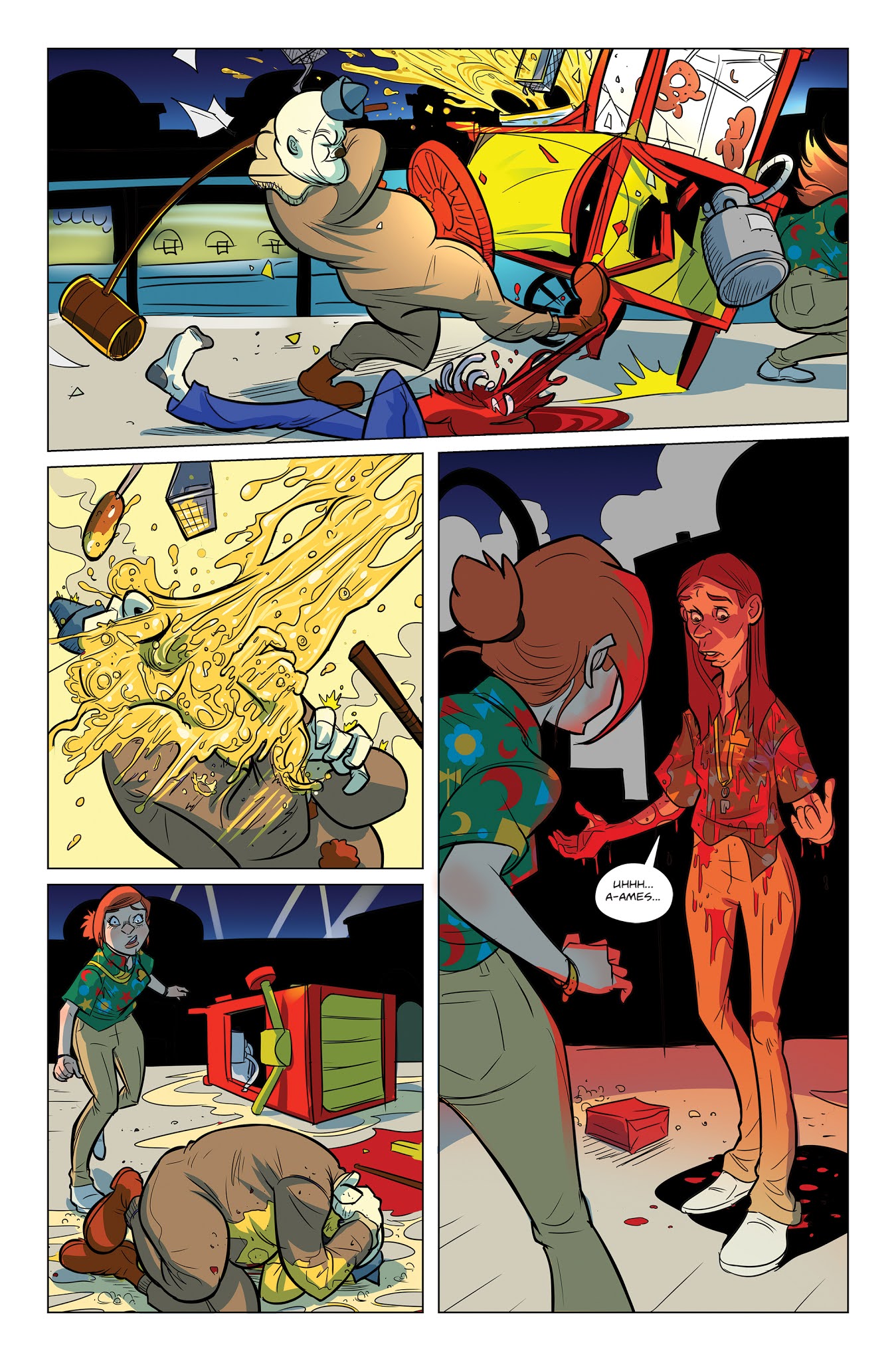 As a last thought, the Matsuya brothers offer the following: “We believe everyone who’s been in a job to 'pay the bills' will feel an affinity with the struggles that Amy undergoes and take away the same message that she does. You aren’t just a cog. Be courageous. Follow your passion and fight for it. Don’t lose your sense of self and don’t let the system change you; change the system.”
So, join Amy Nicholson, jaded games employee, as she and her friends save the town, save the park, and save the world, one horrifying monstrosity at a time in the complete print collection of MIDNIGHT MASSACRE! Coming soon to a comic shop near you, order the graphic novel with Diamond item code JUL200967!