A Mesoamerican Fantasy. This is the story of the Fourth Sun, of its cataclysm, and the heroes that tried to prevent it. 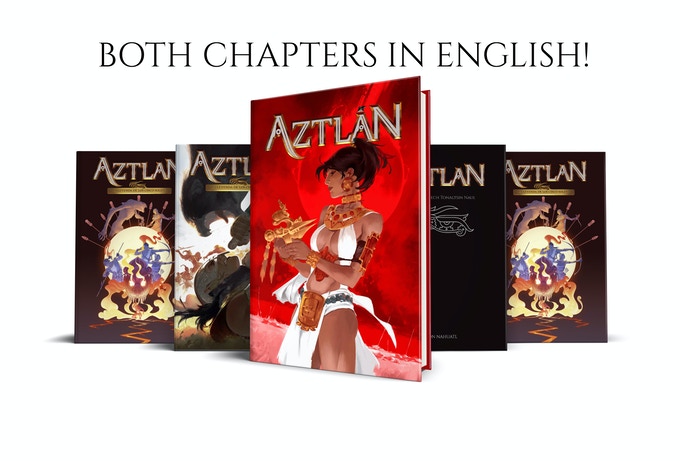 Aztlan Chapter 1 was released in 2017 in México and now is sold out.  Chapter 2 is 100% done! Now, we are raising funds to print both chapters in four languages: Spanish, English, French… and Nahuatl (the original language of the Nahuas).

Our goal is to share Mesoamerican Culture to the world, from the inside out. That´s why we want to also print it in Nahuatl so we help preserve and learn their original language.

Also, we want to tell an EPIC STORY about the end of the world. Click here -->> http://kck.st/32cWtEL

UPDATE:
1: ALL PHYSICAL BACKERS WILL NOW GET THE PDF VERSION OF CHAPTER 1 BEFORE PRINTING VERSION, AND CHAPTER 2 AT JAN 2020
2: INCENTIVE / STRETCH GOAL... We KNOW we are a long way to go, but we want to incentive all of you to help us reach the goal, so we are giving ALL our Physical Backers THE EPIC ONE:

A big 90 x 35 cms Epic "End of the Sun" poster made by Eduardo "Edsfox" If we reach the stretch goal of $550,000 pesos.  This is a big one, fellas!
Also! We are giving away to all backers a NAHUATL COURSE!  2 hours long and very entertaining class (We tried to do it in a fun way) so all of you know a little Nahuatl.(It will have English subtitles)
NOTE ON SHIPPING: WE WILL SHIP ALL OF US / CANADA BACKERS BOOKS FROM DALLAS TEXAS. 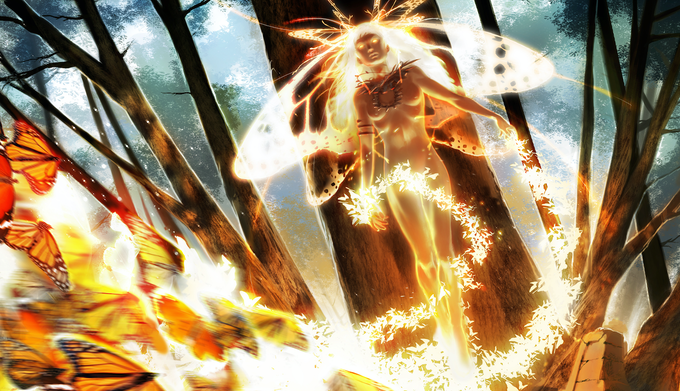 Aztlan is a Mesoamerican Fantasy / Epic adventure that is based on the legend of the five suns.  in essence the legend explains that our world has passed through four eras of creation and destruction, one per sun and that all of us live under the fifth sun.  (We give more detail of the legend at the end of this presentation.)
Aztlan is the story of the Fourth Sun, of its cataclysm, creatures, gods, and the heroes that tried to prevent it.
Synopsis Chapter 1:
The brother of Yaágo gets killed by a mysterious old creature and now he become heir to the throne, but Yaágo does not want to accept the responsibilities of being the future king of Dani´Baa and the Cities of the Great Valley. So he resurrects an old tradition and goes on a peregrination. Doing it, Ya´ago revives an old quarrel that will destroy the great alliance of Aztlan, and it will bring the avalanche that will destroy the Fourth Sun. 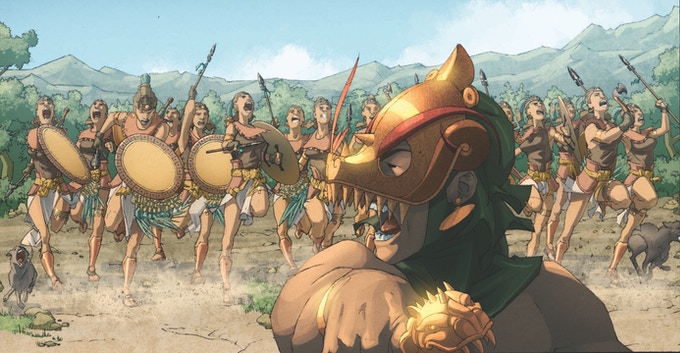 Synopsis Chapter 2:
In the small town of Lacam-Ha, Everyone loves the Young princess Iknal, despite her age, she seems to keep everything in order, and in sync with nature. But an abrupt earthquake destroys her town. Under the debris, she finds an old mask of old and foreign gods that will force her to decide between saving her town or saving the whole world.