A 64-page love letter to dark, quirky crime dramas from the creator of Action Lab's ABERRANT and BANJAX. 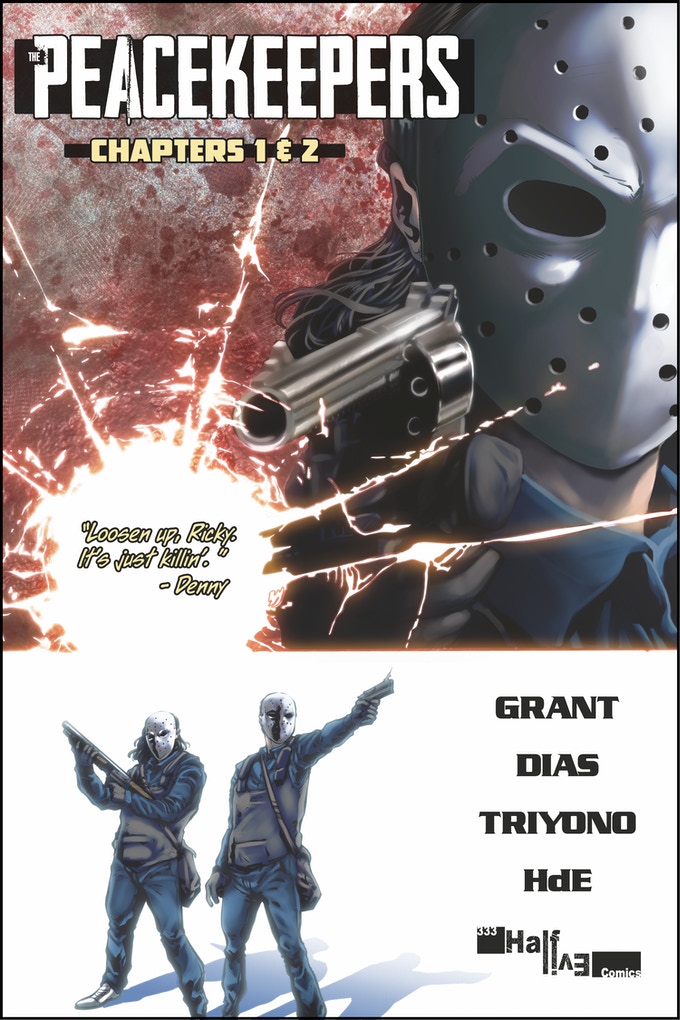 Check out the Kickstarter page: http://kck.st/3jb8Rvi

This campaign will fund a gorgeous 64 pg perfect-bound comic book collecting Issues 1 & 2 of THE PEACEKEEPERS and hopefully, we'll hit a few stretch goals along the way so we can give you more bang for your Kickstarter buck.

All hell breaks loose in a quaint northern Michigan community when a team of in-over-their-heads bank robbers kills a beloved Sheriff’s Deputy. In a small town with BIG secrets, local detective Richard Holton races to peel back the layers of a depraved down-home conspiracy before the bungling Federal Agents assigned to the case send everyone involved to ground.
FROM RYLEND: I’m a screenwriter by trade. For over a decade, I’ve made my living writing smart, mind-bending thrillers for directors like JJ Abrams, Ridley Scott, Justin Lin, John Woo, Luc Besson, and F. Gary Gray, so I can’t help but think of things in cinematic terms. The Peacekeepers is a dark, quirky crime drama in the vein of Fargo or No Country for Old Men. It’s a love letter to case-a-season police dramas like True Detective and The Wire, to Elmore Leonard novels, and to comic masterpieces like Criminal and 100 Bullets.
Email Post