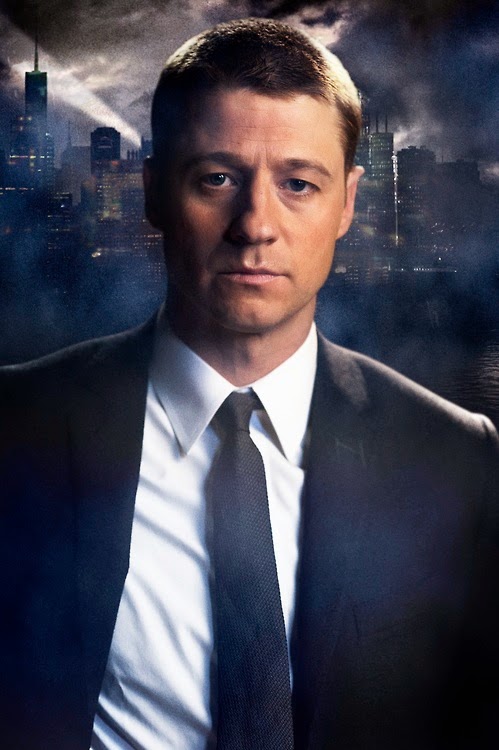 Another day another official image release of a Gotham cast member from Fox Television's upcoming Batman prequel. The young detective who will become commissioner one day looks very professional in coat and tie with a nice buzzcut. Ben McKenzie (OC, Southland) who plays Jim Gordon will have to contend with a department teeming with corruption and a beat strife with crime headed by gangster Fish Mooney (Jada Pinkett Smith) and a rogue's gallery of young villains in The Penguin, Riddler and even the Joker.

Growing up in Gotham City's surrounding suburbs, JAMES GORDON (Ben McKenzie, “Southland,” “The O.C.”) romanticized the city as a glamorous and exciting metropolis where his late father once served as a successful district attorney. Now, two weeks into his new job as a Gotham City detective and engaged to his beloved fiancée, BARBARA KEAN (Erin Richards, “Open Grave,” “Breaking In”), Gordon is living his dream – even as he hopes to restore the city back to the pure version he remembers it was as a kid