Action Labs announced that Jeremy Whitley's Princeless series is spawning a spin-off, Raven: The Pirate Princess. Along with artist Rosy Higgins, the new on-going series will follow Raven on her own adventure trying to get revenge on her brothers. The same Eisner-nominated duo will launch the series in late July. Download the 8-page preview now thanks to Talking Comics' exclusive and see the variant covers below.

Action Lab is proud to present the second series in the Princeless universe. Spinning out of Princeless, “Raven: The Pirate Princess” follows the adventures of the revenge seeking daughter of the Pirate King. After the events of Princeless Book 3 Raven has parted ways with Adrienne and is off on an adventure all her own. In this new ongoing, fans of Princeless will be introduced to a whole new aspect of the world as Raven sets off on an adventure by sea. Her brothers have betrayed her and stolen her rightful place as heir of the Pirate King, but Raven is about to take it all back. Both Princeless fans and new readers will love this new ongoing series.
Raven: The Pirate Princess #1 will be available to order from the May issue of Previews. 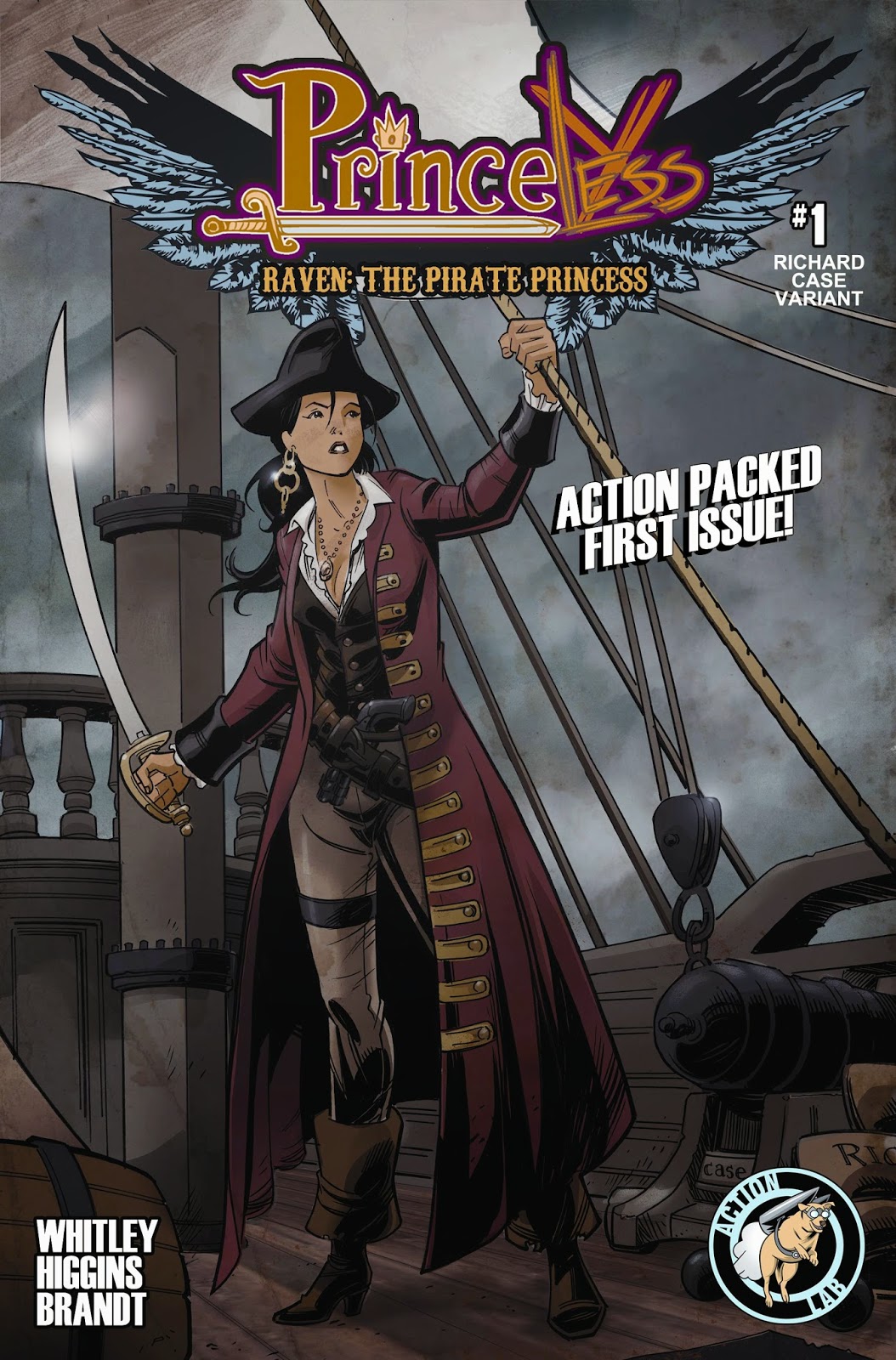 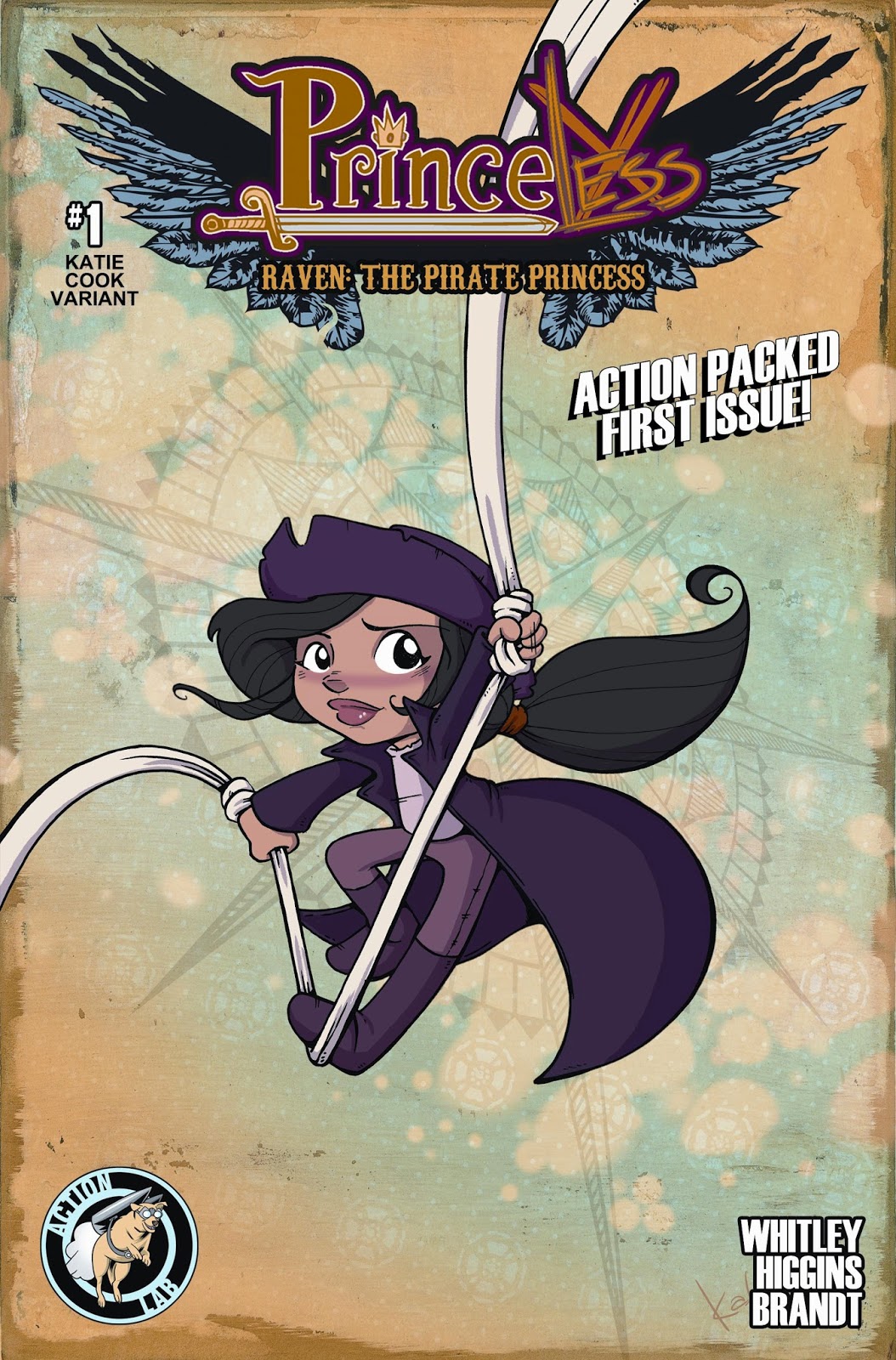 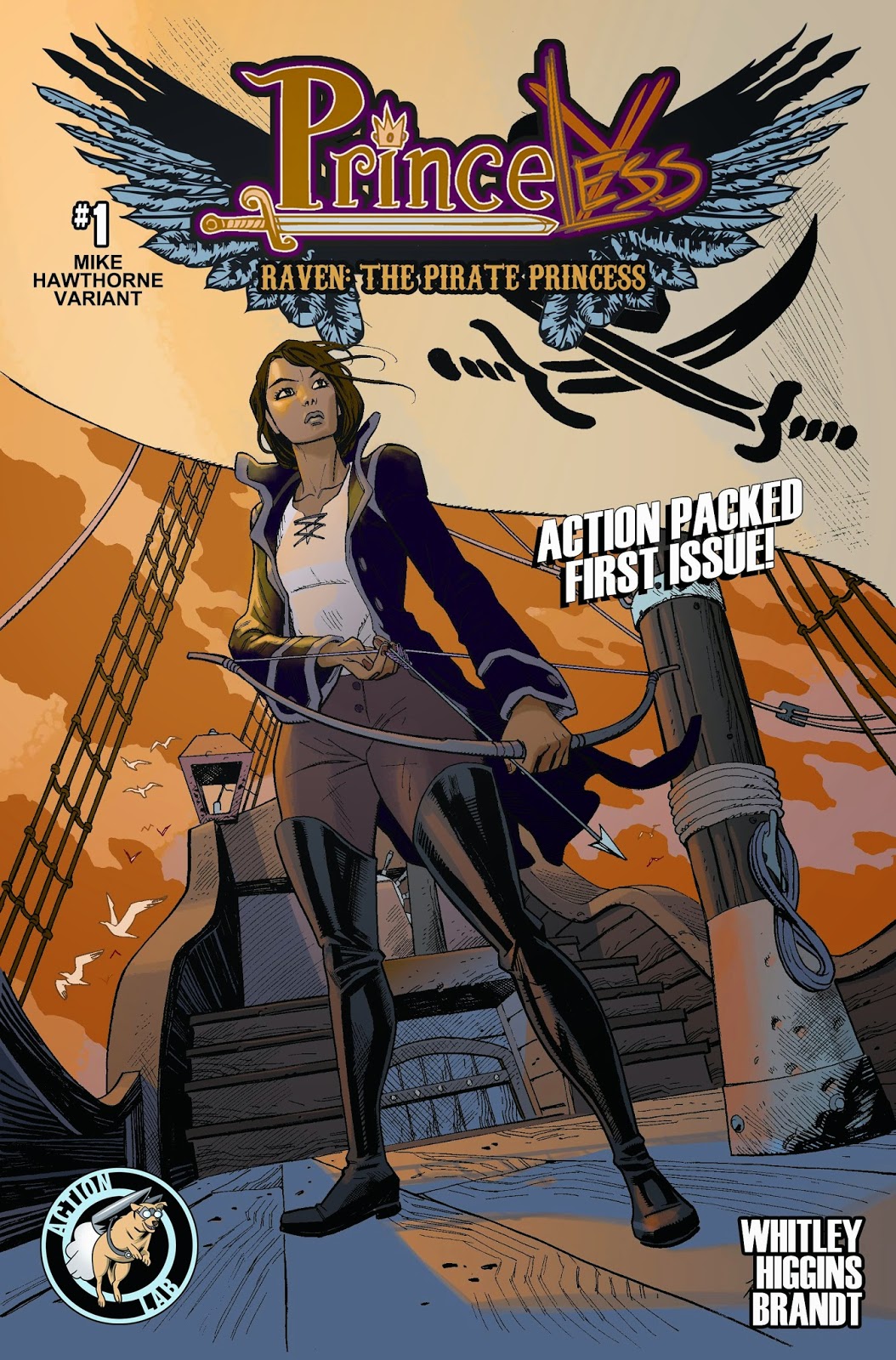