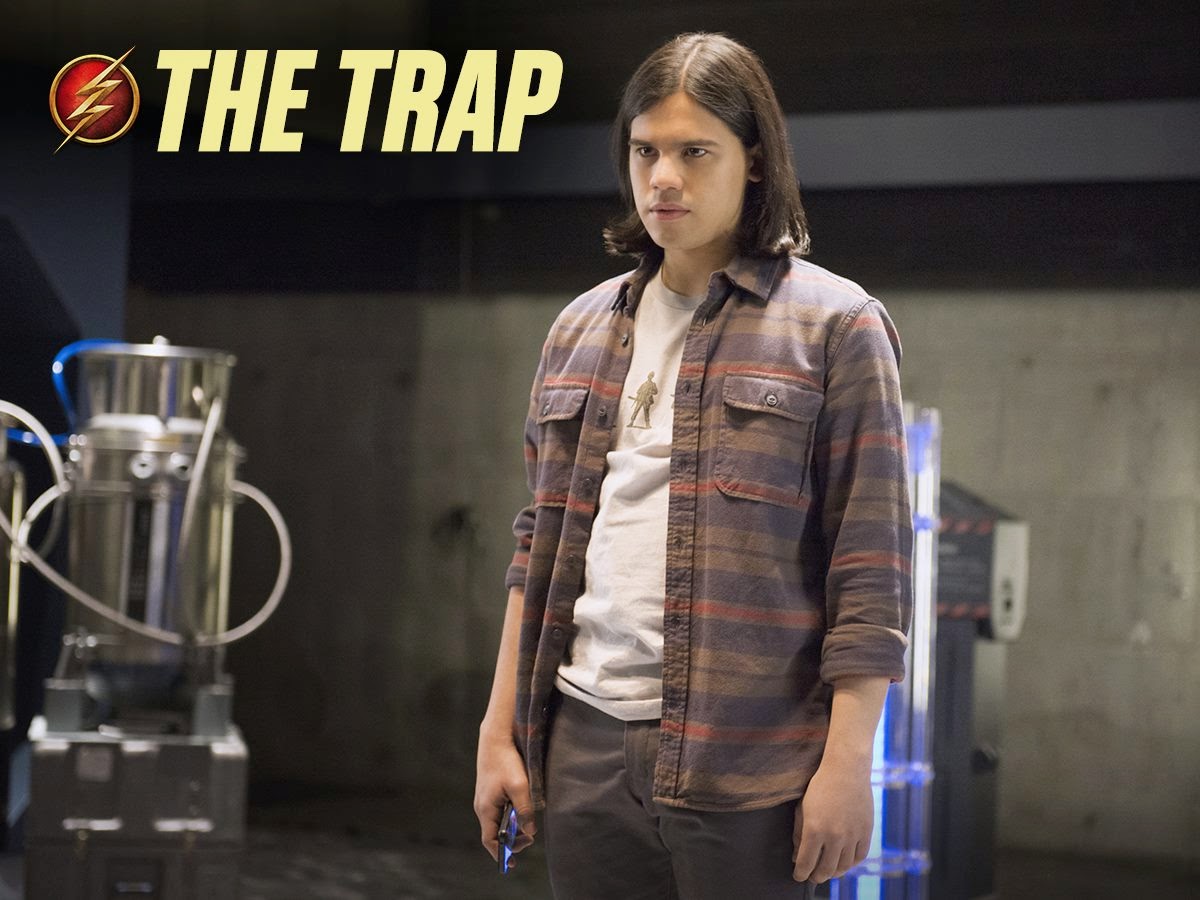 With four episodes left in its glorious first season, The Flash is picking up momentum as the revelations start coming fast and loose. The show picks up where it left off last week with Barry, Cisco and Caitlyn in the "time vault" reading the future headlines. The disappearance of Flash during the crisis, the brighter suit, the byline of an Iris West-Allen and the reveal of the A.I. operating system, Gideon, that it was built by future Barry all take place before the opening credits. And just like that, 'The Trap' is off and running.


Cisco's dreams are becoming more vivid and disturbing which leads Barry to deduct he's been reliving the events that happened before he time jumped trying to save the city from the tsunami. The key to sending Harrison Wells to jail for the murder of Nora and getting Barry's dad out of jail rests in Cisco's dreams.

Caitlin conveniently remembers a type of sleep therapy that gives the subject conscious power over their dreams. She constructs a gizmo that will enable Cisco to experience lucid dreaming to go through the events of that day he found out Wells had altered the trap. He also wears some cool Vibe-like Oakley glasses as part of the experiment.

Of course the treatment works and the part of Wells killing Cisco is even more unnerving than the first time. At least now with knowledge of what happened Cisco devises a new trap to keep himself safe while coaxing a confession from Wells. Seems like a great plan until Wells comes in as expected and like the dream tries to kill Cisco. Joe gets the drop on him first putting a bullet through Wells' chest. In an unexpected twist, the body on the floor transforms in the shape-shifter we all know and love Hannibal Bates.

Wells, or as they now know him, Eobard Thawne has outfoxed Team Flash. We shouldn't be surprised because the Reverse Flash has been covering his tracks, lying and staying one step ahead all this time. He even tells them as much when he calls Barry to rub it in. Wells is at least exposed now, but everyone in Barry's life is in danger.

Earlier, Eddie asked for Joe's blessing to ask Iris' hand in marriage. Joe quickly dismissed it. Despite being dismayed at Joe's reaction, he remained undeterred. And just as he's about to pop the question, future descendent Thawne swoops by and captures him. Eobard seemingly wants to make sure that Eddie remains alive in case Team Flash gets any funny ideas about affecting his future by possibly killing Eddie.

Hopefully, Iris will no longer be treated like a delicate porcelain doll and start being treated like a grown-ass woman. Despite the men in her life always trying to keep her safe and out of harm's way, she's still a target because Wells has kept tabs on everyone in Barry's circle. So thanks anyway, manly men. At least it looks like she finally knows Barry is the Flash. There may be an end to all this 'don't tell Iris' BS.

Showrunners have cut the brakes on this comic book freight train as we get Gorilla Grodd next week. No more D-list villains from here on out as we head to the season finale. Buckle up, folks.

Get a good look at Grodd in the preview for next week's Grodd Lives.