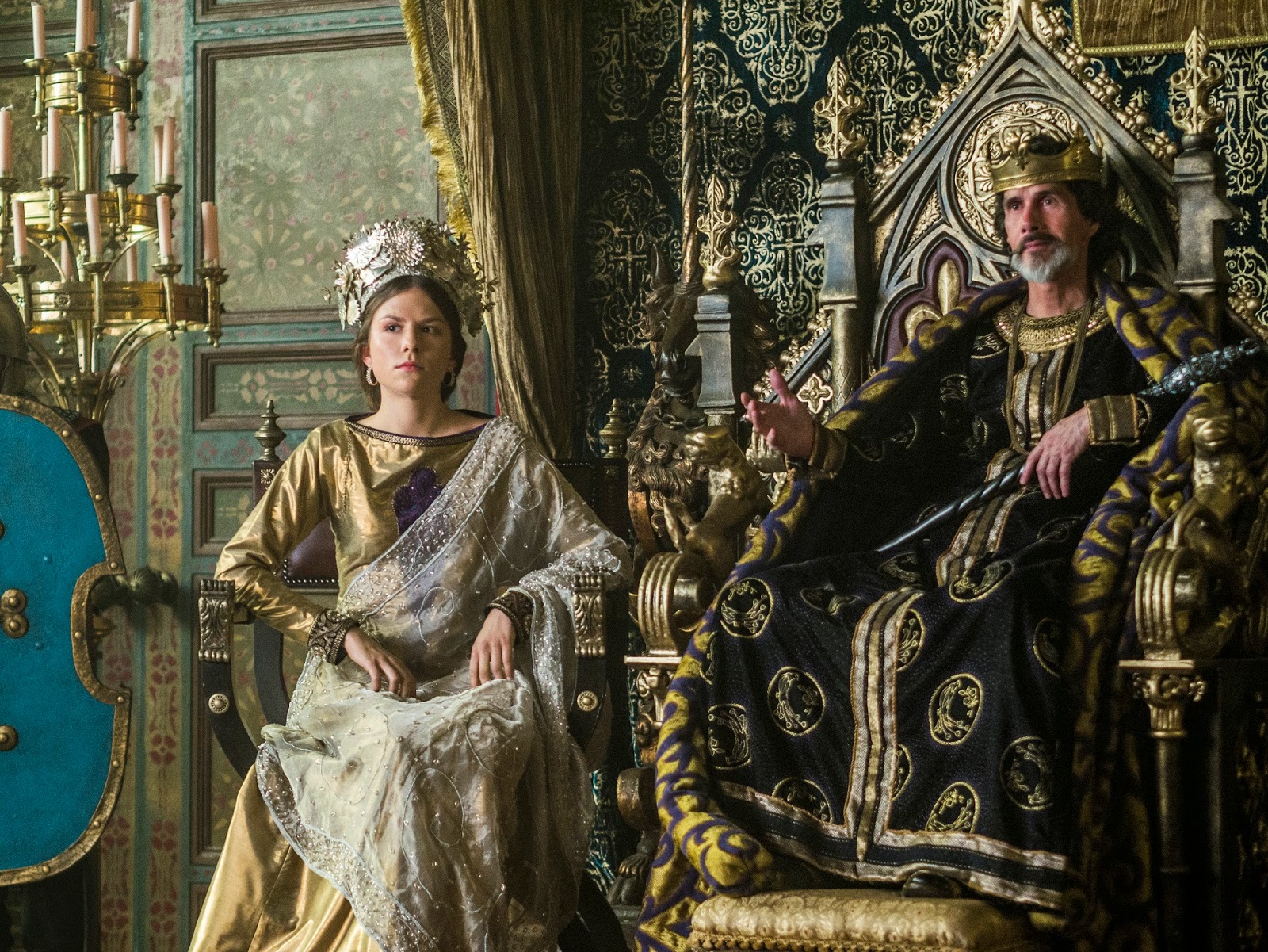 Season three of Vikings is in the books and it’s probably the most problematic season thus far. Perhaps, it’s a victim of our own expectations and projected ideals of what a conquering group of Norsemen should be. Or it’s what we’ve been led to believe about these warriors from the sometimes scattered mind of creator Michael Hirst. I mean, we want Ragnar and company to triumph against all odds and bring stodgy, entitled royalty to their knees but it seems Hirst is beginning to underestimate the intelligence of his audience. From putting his most dynamic characters in the background to languishing storylines of the royals, season three was a mixed bag that treaded too often into the mundane and robbed us of the Vikings we wanted to see more of.

In a season where Lagertha returned to her farming roots, helping her people establish a settlement in England and having a fling with the conniving King Egbert. She subsequently was usurped by her second-in-command, Kalf, and spent most of the rest of the season surprisingly absent. Ragnar chose to invite him to join the raid on Paris than help Lagertha get her Earldom and land back. Lagertha basically gave into Kalf instead of slicing his treasonous torso in half.

Floki, ever the wildcard, was as unpredictable as ever but one thing was certain, his hatred of Athelstan and his Christian was guiding him this season. So threatened by his perceived influence on Ragnar that he sacrificed a newly re-affirmed Christian, Athelstan, to the gods causing Ragnar to check out in some ways while he mourned his friend. Ragnar was not the same afterwards and he too withdrew from being the focus of the episodes. Floki failed to breach the Paris gates under his leadership. It was part of Ragnar's long con to let him fail spectacularly for killing Athelstan but it may have been a miscalculation considering the price the Vikings would have to pay for this. The logic behind Ragnar's scheme this season seemed more contrived and costly than the payoff in the end.

He agreed to Emperor Charles's treaty in exchange for a cart full of gold and made the reluctant Archbishop baptize him after declaring he was dying. It was another part of the plan but perhaps the Trojan horse routine may have been a bridge too far.A supposed dead Ragnar lay in a custom coffin with his trusted allies confessing their final wishes to the closed casket one-by-one. Rollo confesses his resentment, Lagertha hopes to see him again in Valhalla, and Floki nearly admits to killing Athelstan but instead declares his hate and love for Ragnar. It was touching and poignant but highly suspicious. The dead, just-baptized Viking king got a golden ticket through the Paris gates as his coffin makes his way to the palace.

Surprise! Ragnar springs from his box to kill the Archbishop and threaten the Emperor. He takes Gisla hostage allowing the Viking procession in through the front gate. Bjorn, Ragnar's sole conspirator, signals the charge with bewildered looks from Floki, Lagertha, and Rollo. Ragnar had won finally, as we've become accustomed to, although it cost him his health. The long con had finally resulted in plundering Paris for its riches and totally destroying the confidence of its Emperor.

Granted, we have to suspend disbelief a bit when these grand plans of Ragnar take place much like we did last season. I don't think anyone truly believed that Floki was going to betray Ragnar and conspire with King Horik at the end of last season, but we had to play along. The conceit this season was that Paris was impregnable and Ragnar's destiny to conquer. However, making it happen was a laborious suicide mission on two different attempts. One that caused Ragnar some serious internal damage that made him gravely ill. It wasn't intended to be part of the ultimate ruse, but it helped sell the con even more.

Now, there are story threads that were clumsily set-up for next season. Ragnar's health, Ragnar's ultimate revenge on Floki, revenge for King Ecbert for slaughtering the Viking settlement, Rollo's adorably awkward deal to marry Princess Gisla to keep the peace in Paris, and Lagertha's return to Earldom.

'The Dead' proved to be exciting, but the season finale once again was designed to be a misdirection play that was harder to swallow this year. I mean the Parisians come off as pretty dumb and naive. They've got some medieval defenses, the rolling pin of death in particular, but when it comes to being gullible they're the guy you tell his shoe is untied only to smack the back of his neck when he looks down. Still, a mediocre season of Vikings is better television than most but I can only muster a generous B- for season three.