Marvel's 'Agent Carter' Has Been Renewed for a Second Season 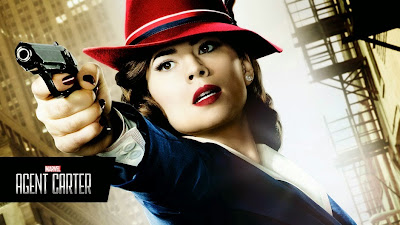 ABC announced the renewal of many shows, but one was of particular interest. Marvel's Agent Carter will be back for a second season after scoring respectable ratings, developing a loyal fanbase and making a rockstar out of the talented and versatile Haley Atwell.

Drawn from the Captain America: The First Avenger film and her own short, Agent Carter demonstrated what a smart, skilled and resourceful female agent is capable of against an evil organization such as Leviathan while also battling sexism and misogyny in her own workplace.

The triumph wasn't about numbers so much as it was about a lead female character carrying a show on her shoulders with dignity, grit and resiliency. Something Marvel hasn't done elsewhere leaving strong women as supporting characters. Peggy Carter has become a role model for what is possible when you develop a three-dimensional character that can hold her own, kick ass and look good while doing it.

Now that the planned Agents of SHIELD spin-off starring Adrianne Palicki has been put on hold (Agents of SHIELD was also renewed), Carter will probably fill the hiatus time again with another eight episodes next season. With Dominic Cooper signed on to appear in a different comic book adaptation, Preacher, it's unknown if he'll return as Howard Stark. It may be for the best as the season finale focused too much on Stark, leaving Carter mostly on the sideline.

In the rare instance that a network does the right thing, kudos to ABC suits for realizing that Agent Carter deserved renewal. (Jeers for not renewing Cristela though). The best Marvel show on broadcast television is back!