NBC Cancels 'Constantine' But Fans Could Help It Land Elsewhere 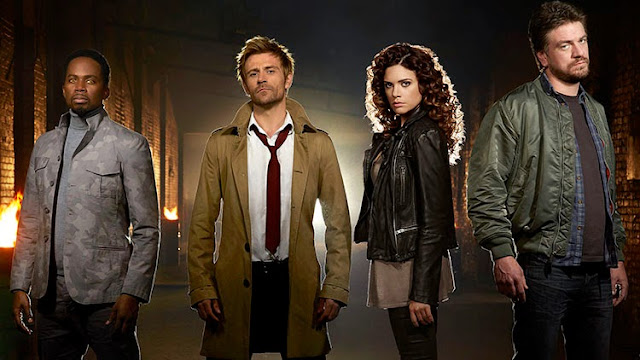 As soul-crushing as the news of NBC's decision to cancel Constantine was after a shortened season of thirteen episodes there is still a flicker of hope. Reportedly the show will be shopped around to various networks for pick-up. There's no guarantee it will be saved, but the fan response has been enormous making #Constantine and #SaveConstantine trend nationwide since the news broke. While creator and producer Daniel Cerone looks for a new home, he's pleading with fans to keep streaming and watching to fortify their pitch at new outlets that Constantine has a loyal audience built in.

For those asking what they can do to help, make noise and BUILD FANS. All eps of #Constantine STILL streaming. #SaveConstantine #Hellblazers
— Daniel Cerone (@DanielVCerone) May 8, 2015

Celebrity fans are also chipping in trying to sweeten the deal for any network or offer support. Arrow's Stephen Amell is offering to guest star and Supernatural's Mark Sheppard tweeted his support. Coincidently, both stars, are from The CW network and it seems like the popular destination for the show from fans online.

@amellywood man, it would be a real pleasure to explore these Guys dynamic #Constantine #SaveConstantine
— Matt Ryan (@mattryanreal) May 9, 2015

So NBC canceled #Constantine maybe we can all ask the @CW_network to have a look?
— William Shatner (@WilliamShatner) May 8, 2015

Like many of the CW shows, Constantine is also adapted from a DC Comics imprint and would fit right in with the other comic book-based shows like Arrow, The Flash, iZombie and the upcoming Legends of Tomorrow.  However, it could most easily be paired with another supernatural drama like, what else, Supernatural. With it, Constantine could bring along almost 5 million viewers which would make it the most watched show on the CW.