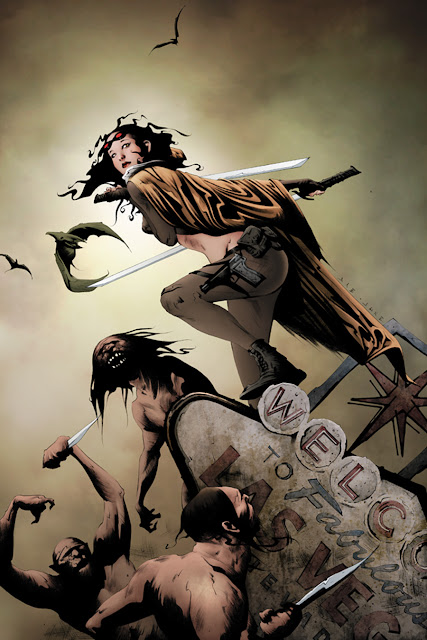 Dynamite Entertainment is pleased to announce that Jonathan Wayshak will join as the artist of Devolution, the upcoming comic book series written and created by Rick Remender (Black Science, Deadly Class, upcoming Tokyo Ghost). Also, Jordan Boyd will join the creative team as the colorist. A pulp / grindhouse science fiction epic that blends high-octane action, character drama, a world of strange mutations, and social commentary, Devolution is scheduled for release in late 2015. 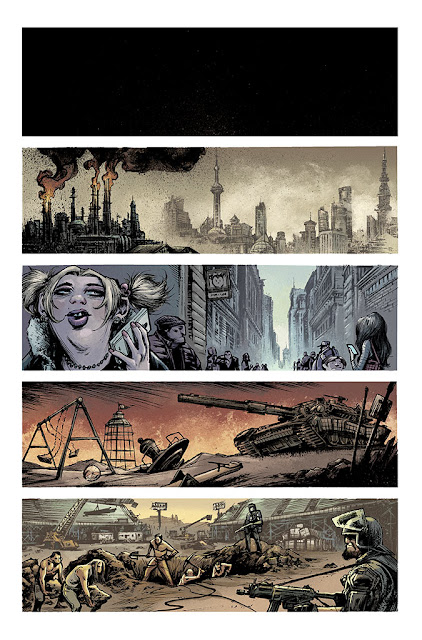 Rick Remender says, "Jon Wayshak and Jordan Boyd are two of the very best guys working and I'm excited to see them take this old story and give it new life. Jon spends much of his time outside of comic books so I feel very fortunate to have roped him into Devolution, and when you see the first issue, you'll thank me. I wanted to work with Jon since I was first exposed to his madness in an anthology book with Jerome Opeña and Harper Jaten, two of my very favorite art-type people in the world, with whom he shares a stylistic approach. We need Jon. We need his powers to protect us from banal bulls**t that is always attempting to seep in. Jon is a great storyteller, marvelous illustrator, and world-class stylist. His inks and textures are unparalleled. With Jordan doing his usual masterful colors, we have the new superstar art teams in the galaxy of the universe of power and magic and love and d-e-v-o." 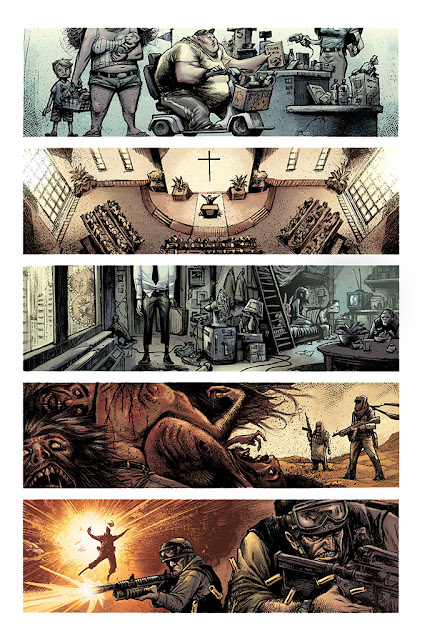 "I am absolutely thrilled about being a part of Devolution," says Wayshak. "I've been wanting to work with Rick for quite some time now and I think this series is a perfect match for my tastes and art sensibilities, which can get a bit extreme. I wanted to get down-and-dirty and draw some really gnarly stuff, and this is the perfect opportunity."

"I can't thank Rick enough for bringing Jon on board. Rick opened up my eyes to an art style I had not seen before, and man, it's hands-down fantastic. Jon brings an artistic quality to the series that few others could," says Nick Barrucci, CEO and Publisher of Dynamite Entertainment. "As you can see from the preview pages accompanying this announcement, he brings out the very best in Rick Remender's script, just as the writer coaxes the very best effort and imagination from Jon. Add Jordan's eye for colors, and the series really rocks! It's a great pairing, and we couldn't be happier." 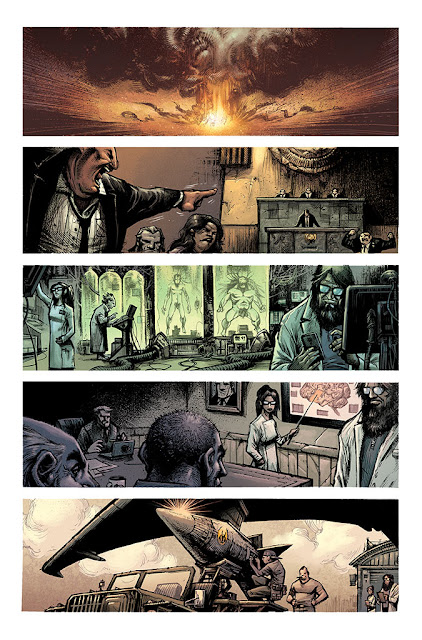 Joseph Rybandt, Senior Editor of Dynamite Entertainment, says, "Rick is really the most powerful creative force working in comics today; from his Marvel work to his creator-owned work, he defines the craft and works harder than almost any other creator out there. He's hands-on and brings everyone up a level in their game, that's for sure. Devolution will sit alongside his other creations quite nicely, both in terms of his writing and his artistic collaboration." 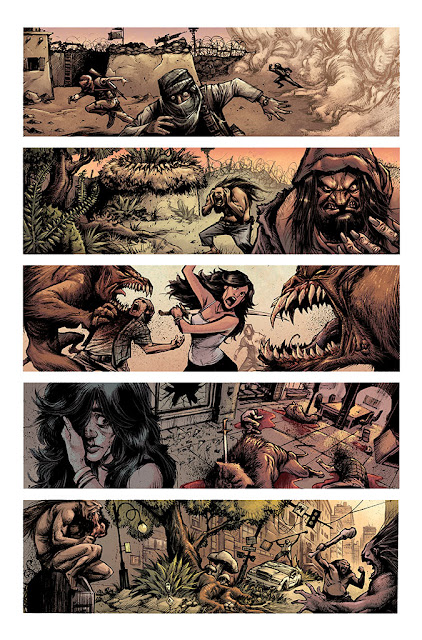 Rick Remender has written / co-created comics such as Deadly Class, LOW, Black Science, Tokyo Ghost, Fear Agent, Strange Girl, and Last Days of American Crime. For Marvel, he has written titles such as Uncanny Avengers, Captain America, Uncanny X-Force, Secret Avengers, Punisher, Doctor Voodoo, and Venom. Outside of comics, he has served as lead writer on EA/EPIC/PCF's Bulletstorm game and was a writer on the Electronic Arts game Dead Space. Prior to this, Remender served as an animator on films such as The Iron Giant, Anastasia, Titan A.E., and Rocky and Bullwinkle. 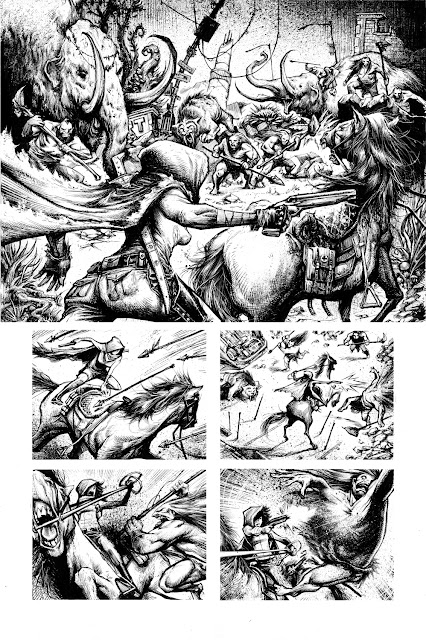 Jonathan Wayshak (frequently stylized as "WAY$HAK) has worked as a freelance illustrator and painter since 1996. He is perhaps best known to the comic book industry for his artwork on Ferryman, a five-issue series published by DC Comics / Wildstorm in 2008. He also contributed artwork for the celebrated Wildstorm superhero series, The Authority. His artwork graced the covers of Lost Boys: Reign of Frogs, and in addition to his contributions to numerous indie publications, he has contributed pin-up artwork to Bloodstream, Gutwrencher, and Outlaw Territory.

Devolution will be solicited in an upcoming edition of Diamond Comic Distributors' Previews catalog, the premiere source of merchandise for the comic book specialty market. Comic book fans are encouraged to reserve copies of Devolution with their local comic book retailers. 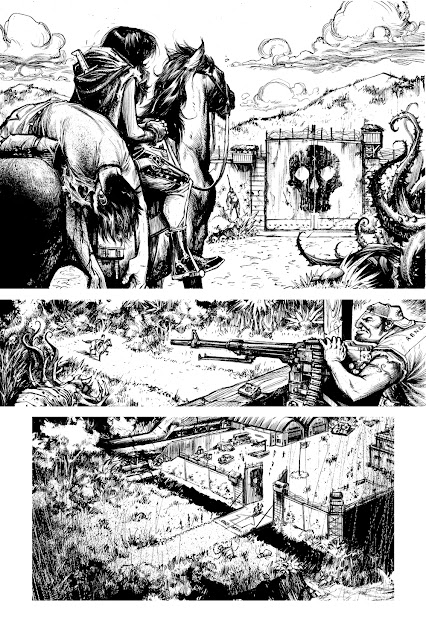 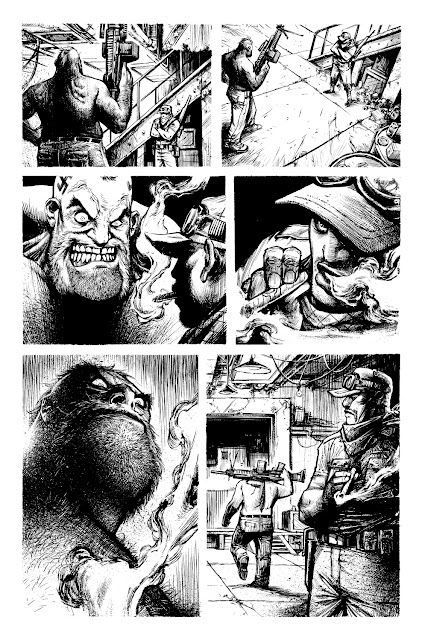 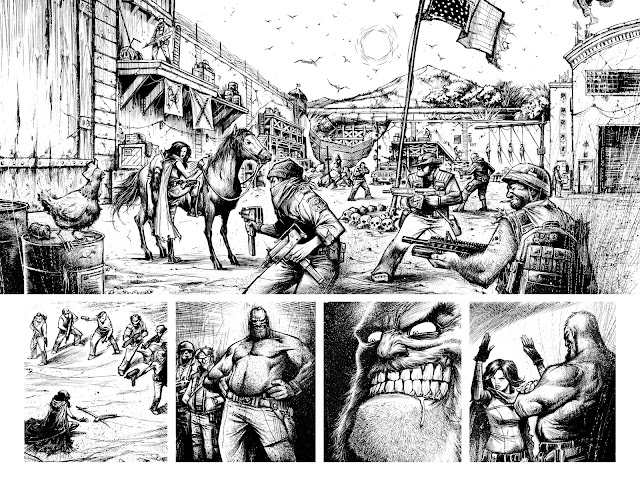