SDCC15: 'Blade' and Daughter On The Hunt in New Series from Marvel 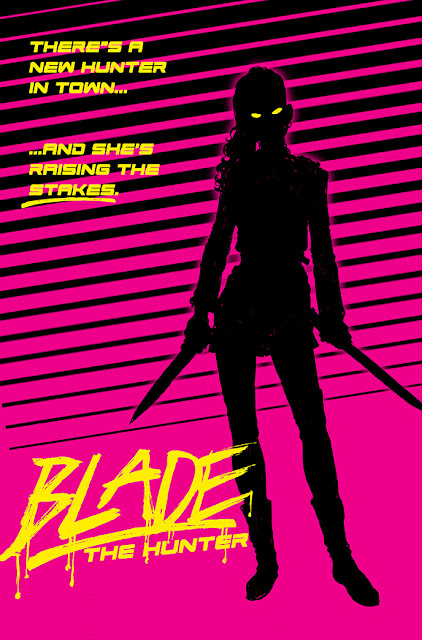 Blade is back! During Sunday's 'Women of Marvel' panel at Comic-Con, the series by Tim Seeley and artist Logan Faerber will bring the vampire-hunter back with a new partner - his teenage daughter.

Fallon Grey is popular, admired, and someone Seeley calls the "anti-Peter Parker." She'll join her Daywalker dad to rid the world of vampires and other monsters. Despite Seeley's work on his creator-owned teenage monster killers, Hack/Slash and Revival, comparisons to Buffy the Vampire Slayer are almost inevitable with Fallon.

Well, as much as I had to deal with "Buffy" comparisons on "Hack/Slash,"[Seeley told CBR]I've still managed to avoid watching that show. So, while I think "high school girl fights monsters" will always invite "Buffy" comparisons, I'd like to think my blissful ignorance will at least keep me from hewing too close to Joss Whedon's work.

The new approach will have Blade reevaluating his life, butting heads with his daughter and taking on more than just vampires if at all. The new ongoing series will delve more into the horror genre with monsters.


My goal is to make the monsters scary again -- the way they were to me then. I think, too often with modern horror the reader knows too many of the "rules" and that makes vampires and zombies less frightening. Blade is going against stuff he's never seen before, and I want the reader to be afraid to hide this under their beds.

'Blade'#1 is set to be released in October by Marvel Comics.