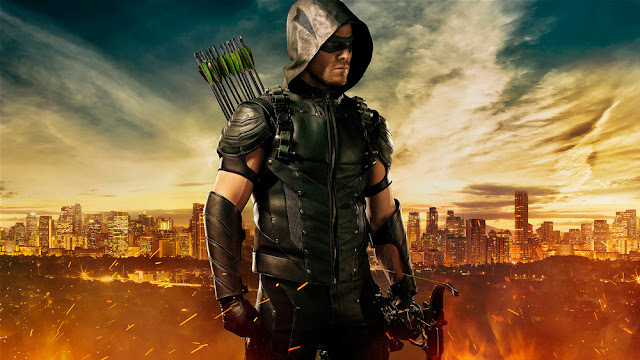 New year, new you. That's the mantra going into the fourth season of CW's Arrow. Along with the new costume and new embrace of the name "Green Arrow," Starling City's Emerald Archer is also getting a brand new lair. No longer the "secret" basement of operations under the Verdant night club, Ollie and the gang will have a very plush and expansive new headquarters dubbed by the writers as the "Arrow Bunker."

“One of the fun things about this lair is that as opposed to one big space, where everyone would congregate, it’s now a much larger space divided up into smaller spaces,” [executive producer Marc Guggenheim told Entertainment Weekly]. “There is an area for Felicity [Emily Bett Rickards] to work, there is an area for Oliver to work out, and there is a garage. There are many different places we’ll continue to discover over the course of the season that give you a sense that this thing is a bit bigger than we got used to in the first three years.”

Check out the concept art of the new digs including the big round table with cushy chairs, a line of costumes on display, separate work centers, garage and of course, green accents galore. 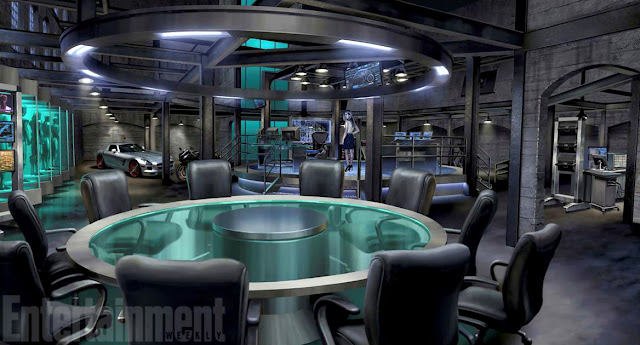