It's new comic book day and there's just too many great choices. We've only scratched the surface this week in notable new releases. Swords of Sorrow has TWO great entries this week, Red Sonja & Jungle Girl #2 and Pantha & Jane Porter One-Shot, and they're an action adventure extravaganza. DC Comics has Batgirl #43 and Cyborg #2 for starters. Marvel has Last Days of Ant-Man #1 and Captain Marvel and the Carol Corps #3. Dark Horse debuts Zodiac Starforce #1. Image with Roche Limit Clandestiny #4 and Sons of the Devil #4 is always a thrill. Action Lab is making an impact with great all-ages tales like Princeless: Be Yourself #3. And that's not all! 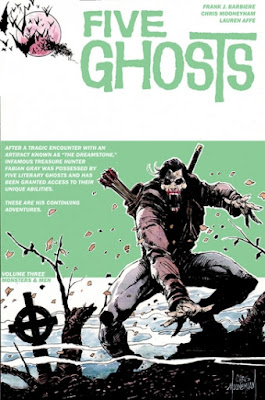 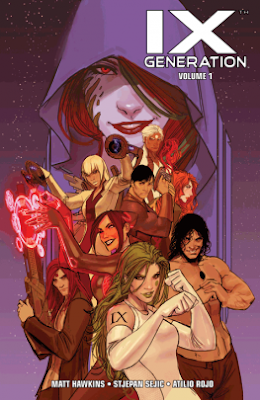 Volume 1 - 1st printing. Collects Ixth Generation (2014 Image) #1-4 and Ixth Generation: Hidden Files (2015). Written by Matt Hawkins. Art and cover by Stjepan Sejic. In the future there is no more natural death, no needs unfilled and everything you could ever want is yours...as long as you're one of the chosen ones to live in this new Utopia and you're willing to subjugate yourself to these new self-proclaimed gods with IX's emblazoned on them. Do the ends truly justify the means? Is a utopia built on genocide worth the price? Aphrodite, Velocity, Hades and the other Nines establish fiefdoms in this new world and attempt to rule. Their internal clashes have escalated, but they are forced to put that aside as they face off against the relentless hordes of the Darkness. The sins of the past have come to claim those who would pretend to be Gods. Softcover, 160 pages, full color. Cover price $14.99. 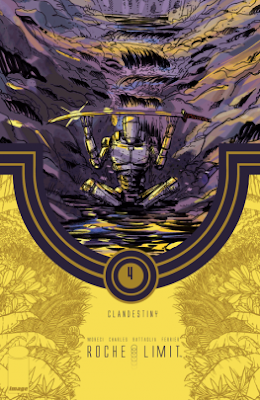 Written by Michael Moreci. Art and Cover by Kyle Charles. Langford presents Sasha and Elbus with a life or death ultimatum. Cover price $3.50. 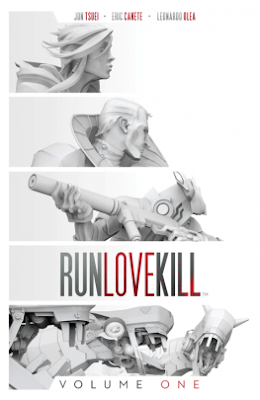 Volume 1 - 1st printing. Collects Runlovekill (2015) #1-4. Written by Jonathan Tsuei. Art and cover by Eric Canete. The Origami, a mysterious military organization, is on the hunt for one of their former assassins, Rain Oshiro. Their grasp over the city of Prygat is tightening and Rain has less than twenty-four hours to get out before she's trapped forever. Rain must face the decisions of her past while using everything at her disposal to avoid capture or even worse, death. Softcover, 104 pages, full color. Cover price $9.99. 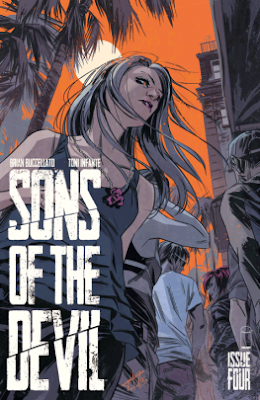 Written by Brian Buccellato. Art and Cover by Toni Infante. A dangerous face from the past re-emerges. Cover price $2.99. 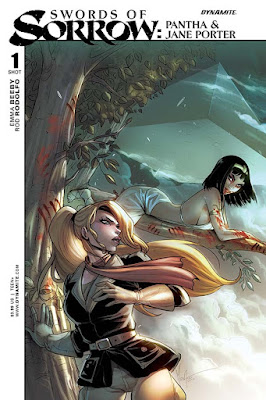 Written by Emma Beeby. Art by Rod Rodolfo. Cover by Mirka Andolfo. Ancient Egyptian demon hunter and shape shifter, Pantha, is thrown across a Rift into the early twentieth century London, straight into the path of Jane Porter, American explorer, aviatrix and new wife to Tarzan. Pantha hasn't come alone, however, as London is plunged into chaos by the appearance of a Great Pyramid in the sky… and what it contains. Up against gods, monsters, Purgatori, and each other, the pair need all the help that ancient magic and modern aviation can supply to stop London from turning into a new hell on earth. Cover price $3.99. 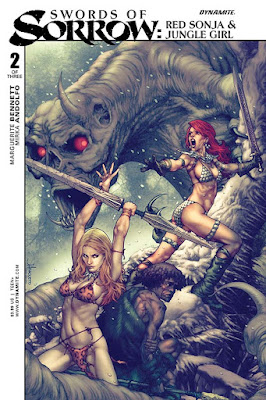 Written by Marguerite Bennett. Art by Mirka Andolfo. Cover by Jay Anacleto. As the jungle descends into a lethal winter, Red Sonja and Jungle Girl have finally cornered the vicious Mistress Hel and -- oh, whoops, wait, it's the other way around. Monsters, magic, a dreamboat in distress - and a velociraptor chariot race? Time is running out for Sonja and Jana to restore to island before all is lost! Cover price $3.99. 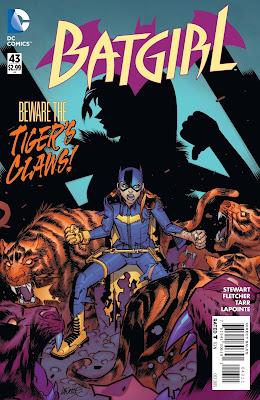 Written by Cameron Stewart and Brendan Fletcher. Art by Babs Tarr. Cover by David Lafuente. Tech genius Luke Fox has brought his startup to Burnside, and he seems to be hiring all of Barbara's friends…but not her! Unfortunately, someone else is setting up shop in Burnside as well…the mysterious Velvet Tiger! Cover price $2.99. 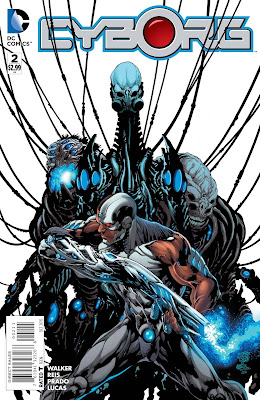 Written by David Walker. Art and Cover by Ivan Reis and Joe Prado. The most advanced tech known to humans has been used to turn Vic Stone in to Cyborg, making him one of the most powerful beings on the planet. Now he's been targeted by alien invaders that want his technology-even if they have to kill Cyborg and everyone he knows to get it! Cover price $2.99. 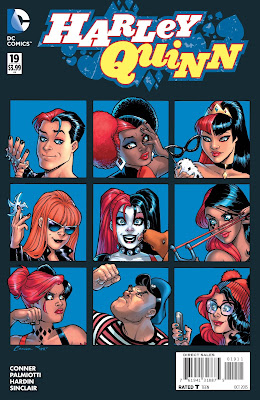 Written by Amanda Conner and Jimmy Palmiotti. Art by Chad Hardin. Cover by Amanda Conner. Harley's finding out just how hard it is to be the boss! She's finally ready to put her love life first-if only the Gang of Harleys would let her have a moment's rest! Cover price $3.99. 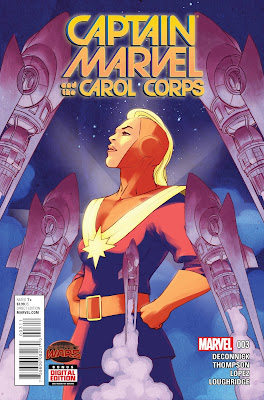 Written by Kelly Sue DeConnick and Kelly Thompson. Art and Cover by David Lopez. Chasing secrets and dissent among the ranks has left one of the Carol Corps out of commission. To make matters worse, trouble is quickly converging on Hala Field… Scramble Fighters! WE'VE GOT INCOMING! Rated T+ Cover price $3.99. 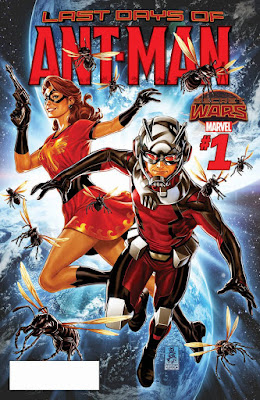 Written by Nick Spencer. Art by Ramon Rosanas. Cover by Mark Brooks. When a local clairvoyant predicts the end of the world, a mysterious woman sends Scott on a vital mission! An old foe (okay, maybe more like annoyance) shows up - and Scott's going to regret it! What do you do when you think the world is about to end? What do you think? Doesn't anybody else remember 1999? You party! Everything dies? Pfft. Everything DANCES. Cover price $3.99. 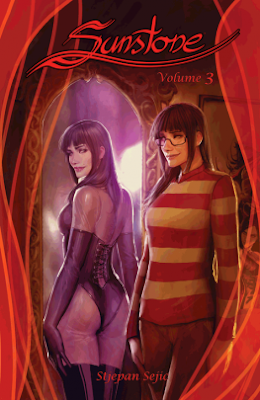 Volume 3 - 1st printing. Story and art by Stjepan Sejic. STJEPAN SEJIC continues the critically acclaimed SUNSTONE series with volume three. A classy, sexy, fun, and emotional look at two women and the alternative lifestyle they live. It's all fun and games until someone falls in love! But the fun and games carry on! Softcover, 128 pages, full color. Mature Readers Cover price $14.99. 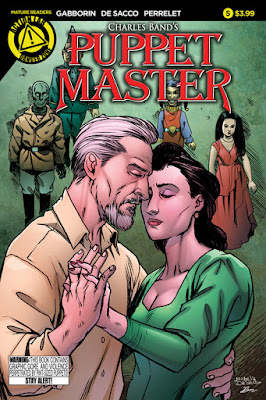 Written by Shawn Gabborin. Art and Cover by Michela Da Sacco and Yann Perrelet. Breathing fresh air for the first time in decades, the souls once condemned to Toulon's Puppets have been freed to live in flesh and bloos bodies. But if they are out of the Puppets… who's in? 'THE REBIRTH' continues, to explore the world and mythos created in the cult classic Puppet Master film series! Cover price $3.99. 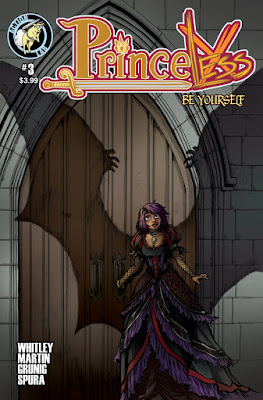 Written by Jeremy Whitley. Art and Cover by Emily Martin and Brett Grunig. Adrienne and Bedelia are finally ready to go rescue Angoisse with the help of their new goblin guide. Now all that stands between them and Angoisse's castle is a river full of the most dangerous, vile, and deadly creatures in the swamp…and zombies…don't forget the zombies. Meanwhile, Sparky is off to find and subdue the terrible swamp creature who has been hunting down goblins, The Grimmorax! Cover price $3.99. 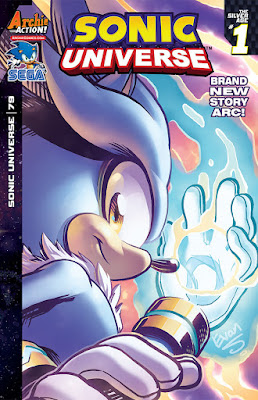 The Silver Age: Part 1 of 4 - Written by Evan Stanley. Art by Jim Amash and Tracy Yardley. Cover by Evan Stanley. Silver the Hedgehog returns in an all-new adventure! Enter: '. Silver the Hedgehog's future may no longer be a terrible burning ruin, but it certainly is far from safe! Mystery and danger abounds as Silver is dragged into a dangerous conspiracy linked to the reality-warping menaces known as the Genesis Portals! Cover price $3.99. 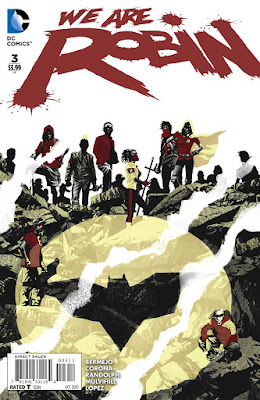 Written by Lee Bermejo. Art by Rob Haynes & Various. Cover by Lee Bermejo. The Robins finally meet Batman himself…but is it everything they imagined it would be? And what will the Dark Knight think of them? Cover price $3.99. 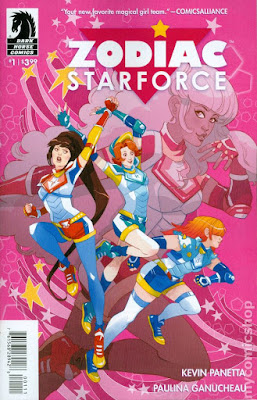 Written by Kevin Panetta. Art by Paulina Ganucheau. Cover by Marguerite Sauvage. An elite group of teenage girls with magical powers have sworn to protect our planet against dark creatures . . . as long as they can get out of class! These high-school girls aren't just combating math tests. They're also battling monsters! But when an evil force infects leader Emma, she must work with her team to save herself-and the world-from the evil Diana and her mean-girl minions! Cover price $3.99.