Hawkman Has Been Cast to Join 'Arrow/Flash' Crossover, 'Legends of Tomorrow'

The CW has found its Carter Hall aka Hawkman in Falk Hentschel. The hunky German-born actor will make his debut in the 'Arrow/The Flash' crossover before appearing on the mid-season series, 'Legends of Tomorrow.'


The DC Comics television universe continues to take shape as Hawkman joins the previously announced Hawkgirl/Kendra Saunders (Ciara Renee) as reincarnated lovers who can summon the power of the Hawk God and become winged warriors with the ability of flight and super strength. While Carter can recall all his reincarnations and his soulmate in Hawkgirl, Kendra may need some convincing as she does not.

As for Hentschel, he's appeared on 'Agents of SHIELD,' ''Reckless,' and 'Transcendence' with Johnny Depp. 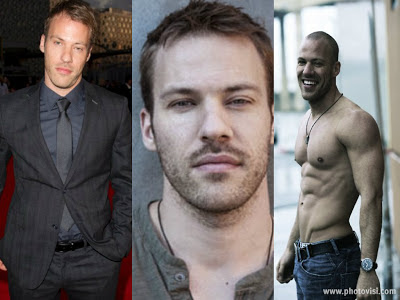