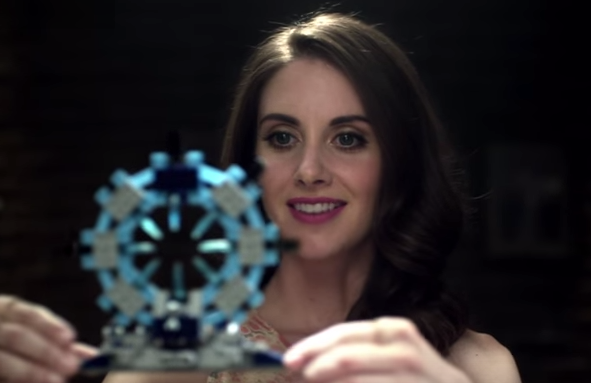 Alison Brie (who voiced Unikitty in 'The LEGO Movie') discovers the power and anguish of putting together LEGOs in this newly released live-action promo with the release of LEGO Dimensions video game only days away.


The adorable video features the 'Community' star opening a mysterious box with Unikitty in it along with a portal she has to assemble. It all leads to glee then anger when the last piece goes missing but ultimately once put together a flash of lightning cuts to gameplay. The game will feature characters from across the LEGO multiverse including DC Heroes, Scooby Doo, Harry Potter, Doctor Who, Ghostbusters and many more.