Marvel's 'Jessica Jones' Gets a Teaser and a Premiere Date 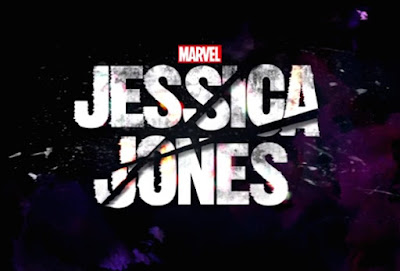 Marvel went to the trouble of making an abstract teaser that reveals nothing except for a premiere date of the upcoming series 'Jessica Jones' on Netflix. They could have just debuted a poster or a gif with the date of November 20, 2015, and the show's logo and been just as effective.

Nonetheless, the second of four shows based Marvel's "street-level heroes," following the exceptional 'Daredevil' series from April focuses on Jones (Krysten Ritter), a former costumed superhero who is now working in New York as a private investigator. The show will also feature David Tennant, Rachael Taylor, and Carrie-Anne Moss. Mike Colter, who plays Luke Cage, will appear as the character for the first time in 'Jessica Jones.'

Marvel's 'Luke Cage' and 'Iron First' are both in production but will all team up in a 'Defenders' crossover feature after their solo series.

After a tragic ending to her short-lived super hero stint, Jessica Jones is rebuilding her personal life and career as a detective who gets pulled into cases involving people with extraordinary abilities in New York City.

"Marvel's Jessica Jones" is produced by Marvel Television in association with ABC Studios for Netflix.