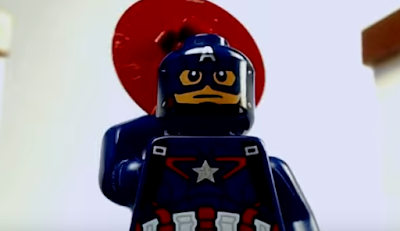 Feast your eyes on this re-creation of the Captain America: Civil War trailer in LEGO.


One of the most anticipated sequels of 2016 is without a doubt 'Captain America: Civil War.' The heroes of the Marvel Cinematic Universe will have to choose sides as Captain America and Iron Man go head-to-head in the third installment of Marvel's best franchise series. And no popular film is complete without its own fan-made trailer made in LEGO.

YouTubers JimA73 , a pair of brothers who write and produce brick films, have created a shot for shot LEGO version that uses the original trailer audio but the visuals are all brick animation. It's just as rousing as the live-action version. Check it out below.

Compare to the live-action version: