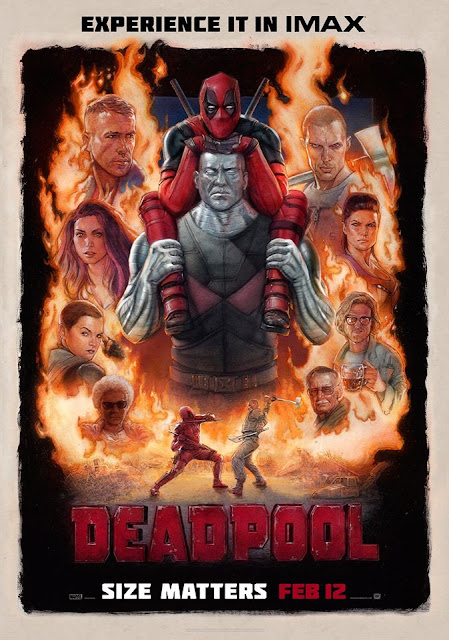 One of the best aspects of the upcoming 'Deadpool' film has been the fun promotional campaign leading up to its February 12 release. Case in point is the "12 Days of Deadpool" daily promotional offerings leading to the new Christmas day release of a new trailer. Ryan Reynolds has been thoroughly involved in the campaign and now Wolverine, Hugh Jackman, is getting in on the fun.

On the 11th day, Jackman took to Twitter to drop Reynolds a "one finger salute" with him as Wolverine and dropping the new trailer one day earlier than promised. This led Reynolds to respond on Twitter voicing his faux displeasure.


As amusing this all is, it just stokes the flames of a possible Wolverine cameo that has been rumored for a while. Seeing Wade Wilson and the X-Men together in live-action for the first time (Wolverine: Origins doesn't count for reasons) would be a hilarious landmark comic book movie event. See the trailer for yourself.

Based upon Marvel Comics’ most unconventional anti-hero, DEADPOOL tells the origin story of former Special Forces operative turned mercenary Wade Wilson, who after being subjected to a rogue experiment that leaves him with accelerated healing powers, adopts the alter ego Deadpool. Armed with his new abilities and a dark, twisted sense of humor, Deadpool hunts down the man who nearly destroyed his life.Cast: Ryan Reynolds, Morena Baccarin, Ed Skrein, T.J. Miller, Gina Carano, Brianna Hildebrand