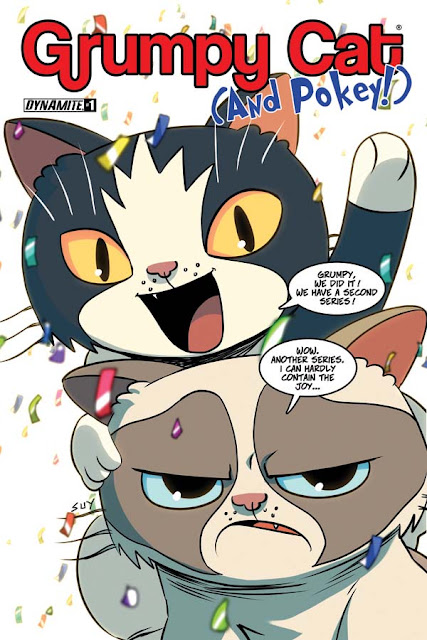 Only two months after the series debuted to universal acclaim from critics and fans of all ages, Dynamite Entertainment announces that the first collection of The Adventures of Grumpy Cat & Pokey is rapidly approaching a complete sellout of a massive 100,000 copy print run!


In The Misadventures of Grumpy Cat & Pokey hardcover, Dynamite proudly presents the comic book hijinks of "The World's Grumpiest Cat" and her brother, Pokey! With her ever-present pout and sassy disposition, Grumpy Cat has won the hearts of people everywhere. Now, her unbearable cuteness and infectious sourpuss are featured in an all-new, all-sensational collection of comic stories, sure to make fans of all ages laugh! If you love the memes, the videos, and that irresistible scowl, then get ready for the wildly fun antics of Grumpy Cat and Pokey!

Nick Barrucci, CEO and Publisher of Dynamite, says, "Working with the fine folks at Grumpy Cat has been absolutely wonderful. And although I'm sure the cute little curmudgeon herself may have a stereotypically grouchy opinion of the comics, we're so very pleased with how they've found an enthusiastic audience, how remarkably well the collection has pre-sold, and how many new misadventures we're dreaming up for next February's all-new Grumpy Cat series!"

Comic book retailers, check your December-dated issue of Previews for ordering info. The Misadventures of Grumpy Cat & Pokey arrives on shelves in comic shops and bookstores everywhere in February, value-priced for parents and fans of all ages at $12.99. Grumpy Cat will also be available for purchase through digital platforms courtesy of Comixology, Dynamite Digital, iVerse, and Dark Horse Digital. 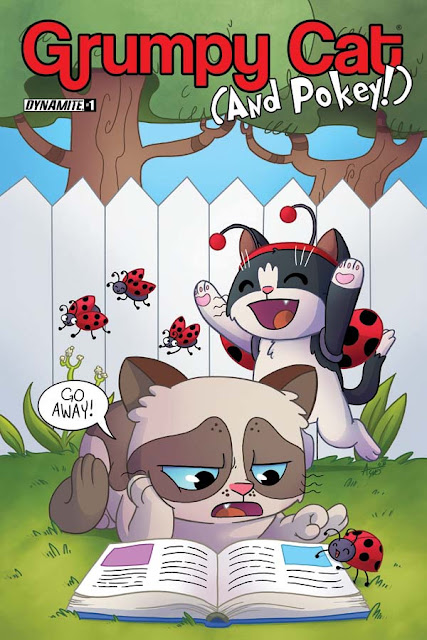 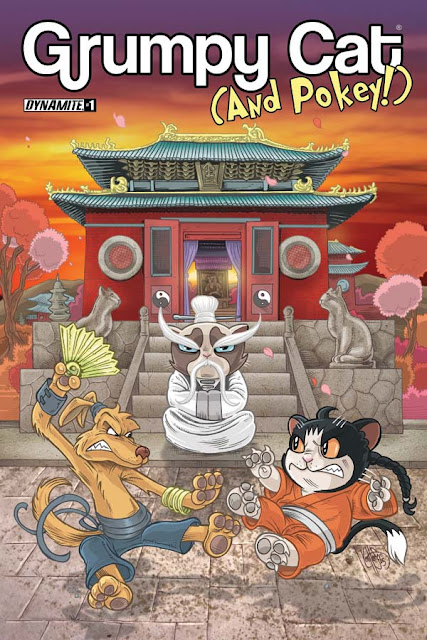 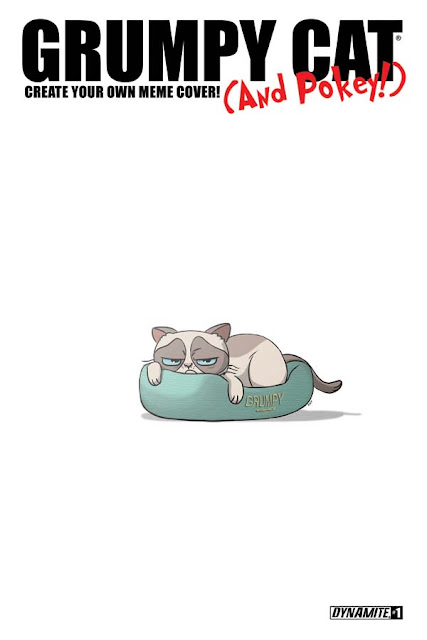 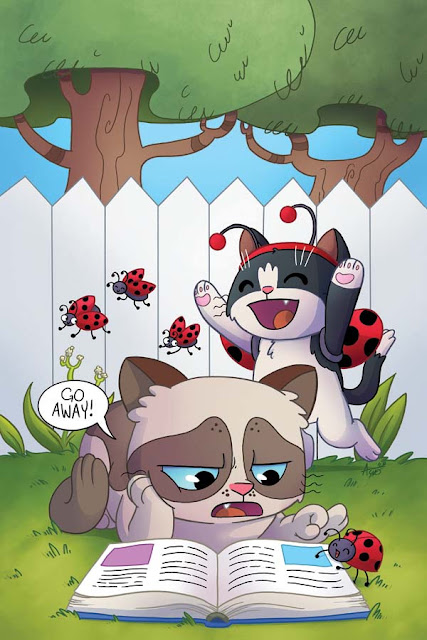 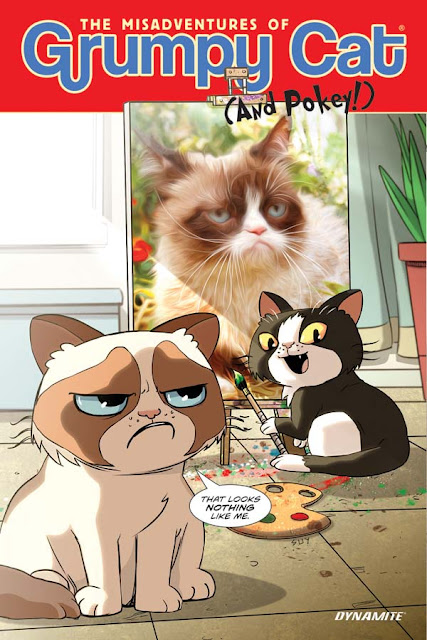