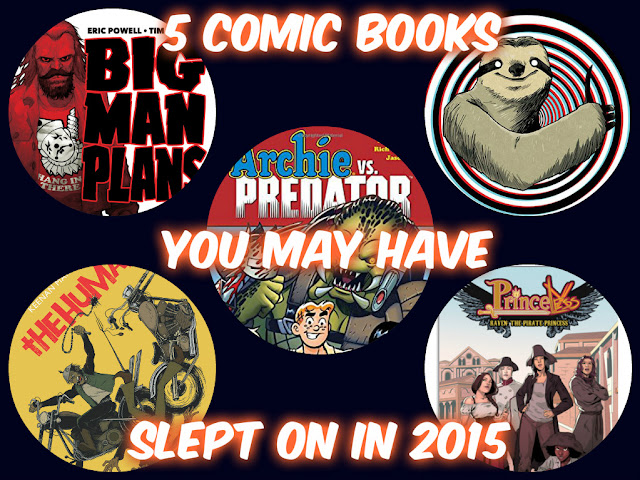 It's easy to lose sight of all the potentially awesome comic books that come out every month. Especially, if there isn't a lot of marketing behind a book or word of mouth. At $3-$5 a pop, the thought of taking a flyer on a book can be a risky move. So it can be easy to overlook a great book. Here are five books that deserved more eyeballs and recognition that folks may have missed in 2015. 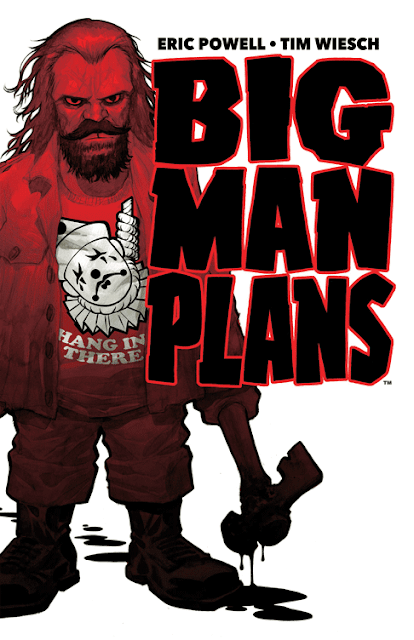 Big Man Plans is a revenge fantasy that is at once tragic and horrific. This miniseries is mature themed for good reason. An embittered dwarf lost his loving father at a young age, treated subhuman ever since, finds the gift of killing in war, and decides to settle scores with everyone that wronged up growing up. It's dark and gratuitous with a sad undercurrent of empathy that will have rooting for the drywall hammer wielding psycho. 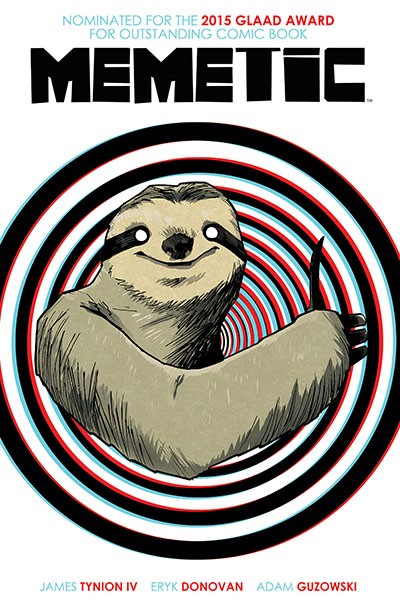 Meme is an idea that starts with an individual, and then spreads to multiple persons and potentially entire societies. Richard Dawkins suggests a meme’s success comes from its effectiveness to the host. But history shows that destructive memes can spread just as rapidly through society. MEMETIC shows the progression of a weaponized meme that leads to the utter annihilation of the human race within 72 hours. The root of this apocalypse is a single image on the internet, a “meme” in the popular sense. A meme that changes everything.MEMETIC shows the true terror of the internet. The world will end not with a bang, but with a single online image when creator and writer James Tynion IV (THE WOODS, Batman Eternal) teams up with newcomer Eryk Donovan (In the Dark Horror Anthology, House in the Wall) to bring horror to a whole new generation.

End of the world stories are a dime a dozen in comics but 'Memetic' creatively and satirically takes on society's obsession with memes. Only this time, the viral image that spreads worldwide is weaponized making vicious zombies of all who gaze upon it. It's a story of survival while trying to keep your humanity in a world gone mad. The difference with 'Memetic' over other apocalyptic tales are the interpersonal relationships including a gay couple that provides an emotional anchor to the chaos swirling around them.

Technically the miniseries debuted in 2014 but the collected issues were released in paperback in November of 2015 to qualify for this list. At the time of its initial release, 'Memetic' was Tynion's finest work to date. Quickly paced, heart wrenching, and terrifying, 'Memetic' is a uniquely satisfying end of times story for our present world. 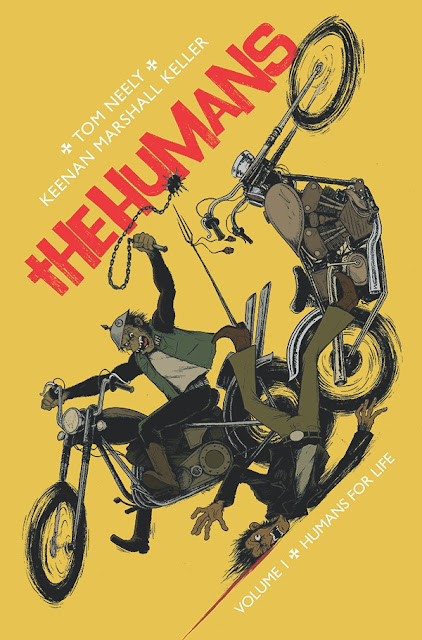 Meet The Humans as they mourn the loss of a fallen brother only to have Johnny, a long-thought-dead member, return to the fold! Johnny struggles to find himself now that he is back home as he fights the flashbacks from the jungles of Vietnam. Meanwhile, the gang is cooking up a new drug called SPAZM and a scheme to drop on the market.

It all culminates at Abe's compound with a Skin-fight (like cock-fighting but with Homo Sapiens slaves), and the Humans team up with The Mad F*****s to organize a massive drug-run to Los Angeles. Ride with us for a far-out trip full of gang rumbles, skin-fights, loads of psychedelic drugs, bad-ass biker apes, hot biker mamas, and awesome choppers in the endless party that is the life of The Humans as they fight, f**k, and fly down the road to oblivion! Join our crew! Ride with The Humans today! Collects The Humans #1-4, and issue #0.

There's no need to sugar-coat 'The Humans,' it's a violent, full-frontal assault on your senses, as deplorable and counter-culture as anything exploitative that came out of the 60s and 70s. Imagine 'Planet of the Apes' and 'Sons of Anarchy' had a baby, shot it full of heroin, and handed it a machine gun and you kind of get the gist of this series. There's nudity (male and female), drug use, gratuitous violence and harsh language. And that's just issue one. 'The Humans' is a guaranteed wild ride molded from biker gang exploitation films of the past and nothing like it in comics. 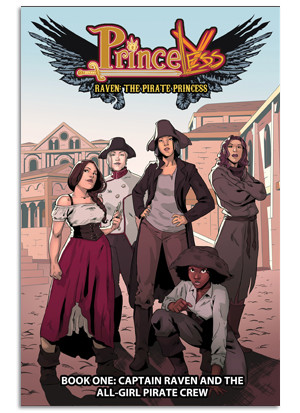 Fresh off her adventures in the pages of Princeless, Raven is ready to set out on her quest for revenge against her brothers. They've stolen everything that should be hers and now she's going to get it back. But first, she needs a crew. Share the laughs, action, and adventure as Raven assembles the fearless crew of awesome ladies who will help her get her revenge.

"Sisters are doing it for themselves" is the battle cry here as Raven assembles a crew of all ladies as she takes to the high seas seeking revenge against her brothers who denied her rightful place as the next great pirate. The beauty of this series by Jeremy Whitley, Rosy Higgins, and Ted Brandt is the thoughtful relationships between Raven and her crewmates. Whitley takes his time exploring the different dynamics, addressing past strifes, and establishing motivations for each. It's more than just a fun, action-adventure series full of courageous adventurous girls, "Raven the Pirate Princess" is about empowerment through strong characters with passion, empathy, and confidence. An all-ages series that delivers monthly. 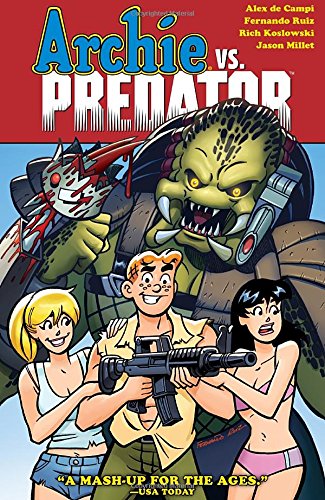 America's favorite teen meets the galaxy's fiercest hunter! When Archie and friends hit Costa Rica for Spring Break, party games and beach games are soon replaced by the Most Dangerous Game! Lured by the challenge of Betty and Veronica's unparalleled fierceness, a teenaged Predator from the stars follows the gang back to Riverdale, where it prepares for its most bizarre hunt ever, but will the kids even realize they're in danger before they end up in the creature's horrifying trophy case?!Collecting issues #1-#4 of the smash-hit Archie vs. Predator!

This crazy mash-up of classic Archie characters and one of the most iconic killing machines in science fiction films is as silly and fun as you'd expect. What you wouldn't expect is the amount of blood and guts that's splashed on the pages of this mini. Alex de Campi treats the material with expected campiness but pairs it with the violent spine-splitting attacks the Predator is known for. It's quite the dichotomy with Fernando Ruiz's Archie house style, forced to disembowel your favorite and not-so-favorite Riverdale teenagers. This was one of 2015's most enjoyable treats. A campy horror story full of laughs and decapitations.